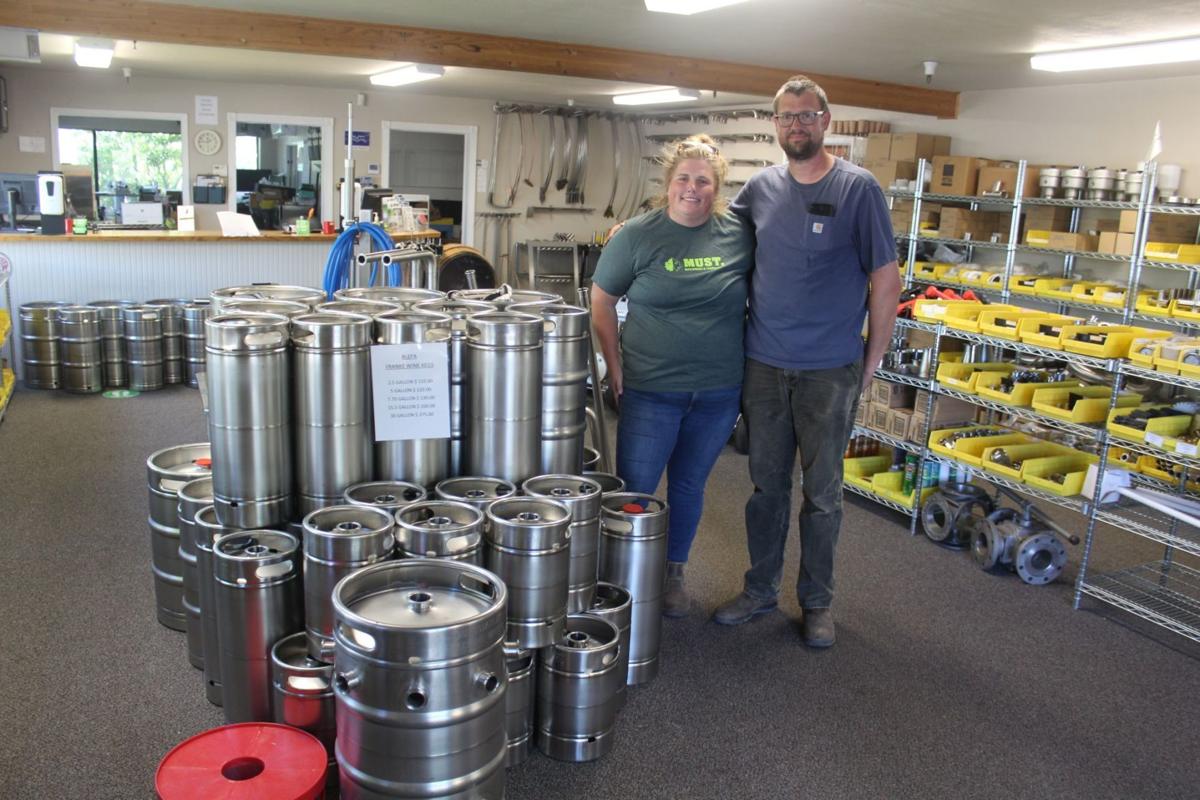 Michelle and Alex Mitchell are the owners of MUST Machining & Fabrication in St. Helena. 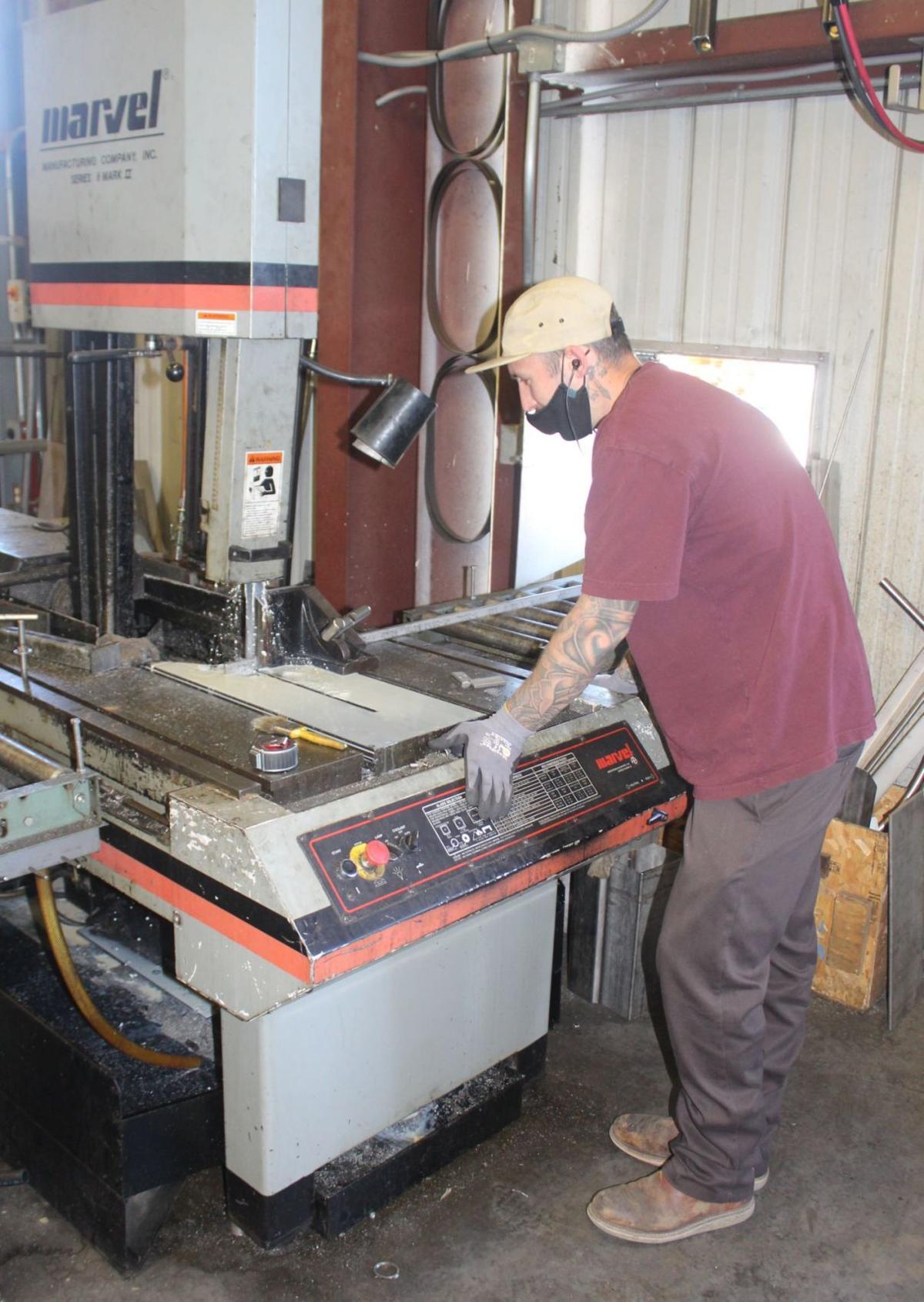 MUST Machining & Fabrication prides itself on sourcing American-made products and doing as much work as possible in-house. 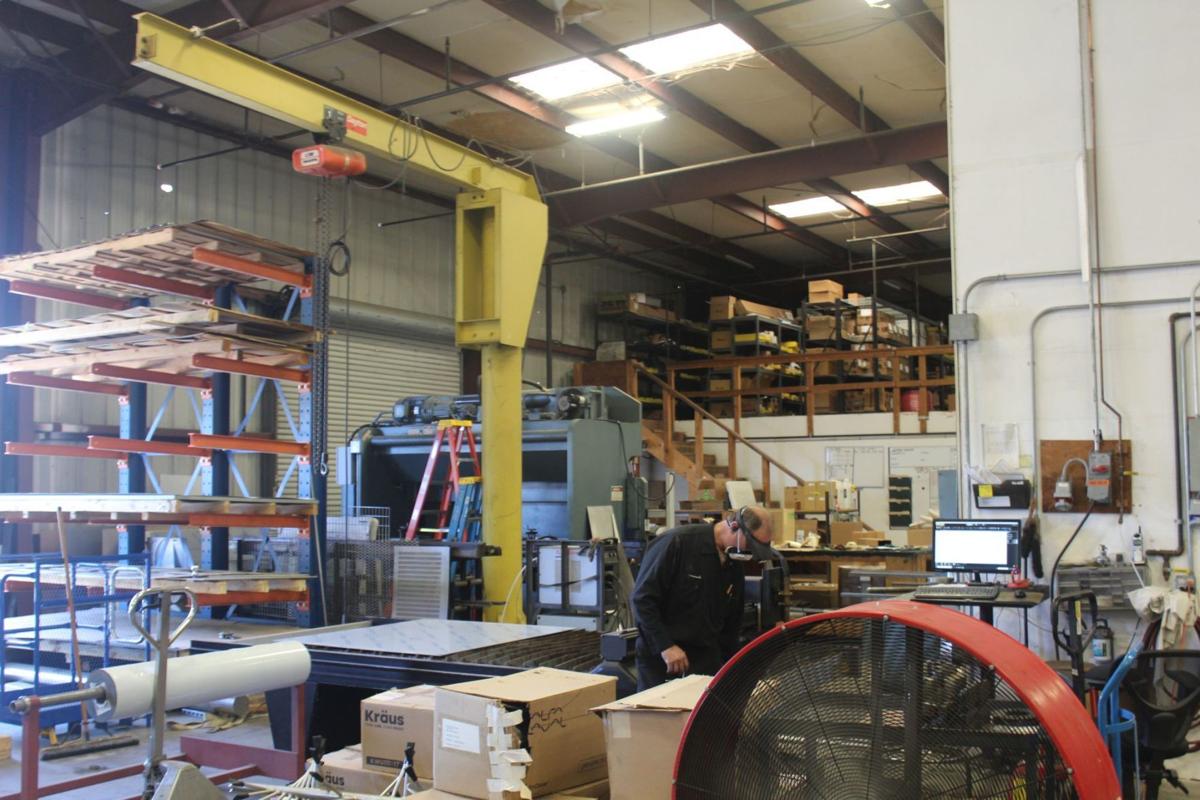 Inside MUST Machining & Fabrication on La Fata Street.

The pandemic left many perfectly compassionate employers with no choice but to lay off their workers indefinitely.

And then there’s MUST Machining & Fabrication, where every employee stayed fully employed — even when the owners were left homeless.

“It’s people over profits,” said Michelle Mitchell, who owns MUST along with her husband Alex. “We want to turn a profit and pay our bills, but we also want to do right by our employees and pay them living wages.”

The Mitchells merged both companies into MUST Machining & Fabrication at 365 La Fata St. Catering primarily to the viticulture and wine industries, the Mitchells take pride in sourcing American-made products, doing as much in-house manufacturing as they can, and treating their employees well.

Six weeks after the merger, the pandemic began and the economy sputtered to a near-halt as construction projects were put on hold and wineries cut their capital expenditure budgets.

However, there were already enough large projects in the works to stay busy. With the help of a federal Paycheck Protection Program (PPP) loan, MUST retained its entire workforce — aside from one who retired for personal reasons — and even hired two new workers for a total of 13.

“Anybody who wanted to work, we had hours for them,” said Alex Mitchell.

“We kept everybody employed out of faith that things were going to turn around eventually,” Michelle added.

This time their luck ran out. The house was destroyed, and the Mitchells escaped with nothing but a tent trailer, some camping supplies “and two loads of dirty laundry,” as Michelle recalled.

For six weeks, Alex and the dog stayed at El Bonita Motel while Michelle and the boys lived in a studio apartment in Redwood City.

Without electricity at the shop, and with many employees unable to come to work due to road closures, the Mitchells used notepads to keep records as customers lodged urgent requests for parts, repairs to fire-damaged equipment, and special fittings so that they could use water tanks to hose down their roofs during the fire.

The Mitchells eventually found a rental in Angwin and life returned to something resembling normal — except, that is, for the loss of virtually all of their personal property and a continuing global pandemic that was still hurting business.

Did the Mitchells, who are both St. Helena natives, ever consider closing the shop and moving? Yes, Michelle admitted, “sometimes in the middle of the night when things seem really difficult.”

“But ultimately you can’t run away from your problems,” Alex said. “You’re just going to end up with new ones.”

The Ortiz Brothers' popular Oaxacan-style Hot Tamales can be found at the Calistoga Farmer's Market, and coming soon to a stand-alone location at The Calistoga Depot.

Daniel Hernandez is Calistoga Teen Club's member of the month

Daniel Hernandez has been named Teen Club Member of the Month at the Calistoga Boys & Girls Club.

Michelle and Alex Mitchell are the owners of MUST Machining & Fabrication in St. Helena.

MUST Machining & Fabrication prides itself on sourcing American-made products and doing as much work as possible in-house.

Inside MUST Machining & Fabrication on La Fata Street.