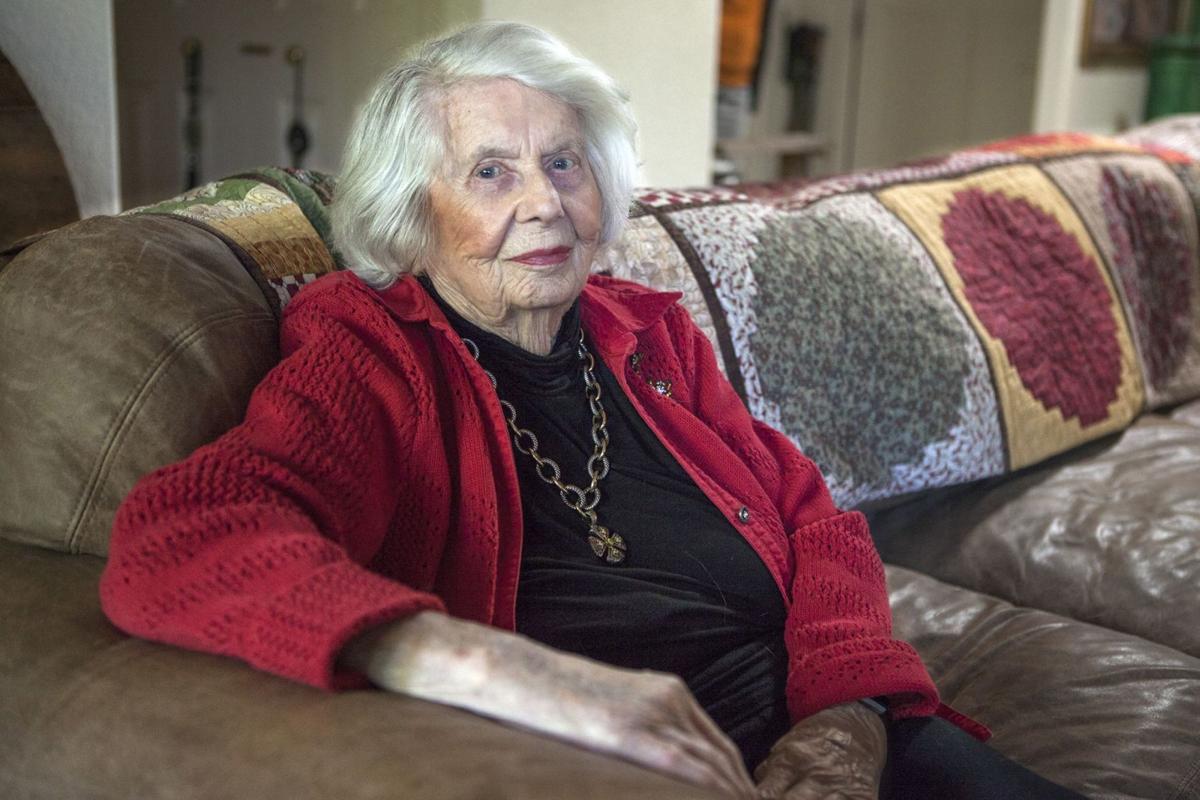 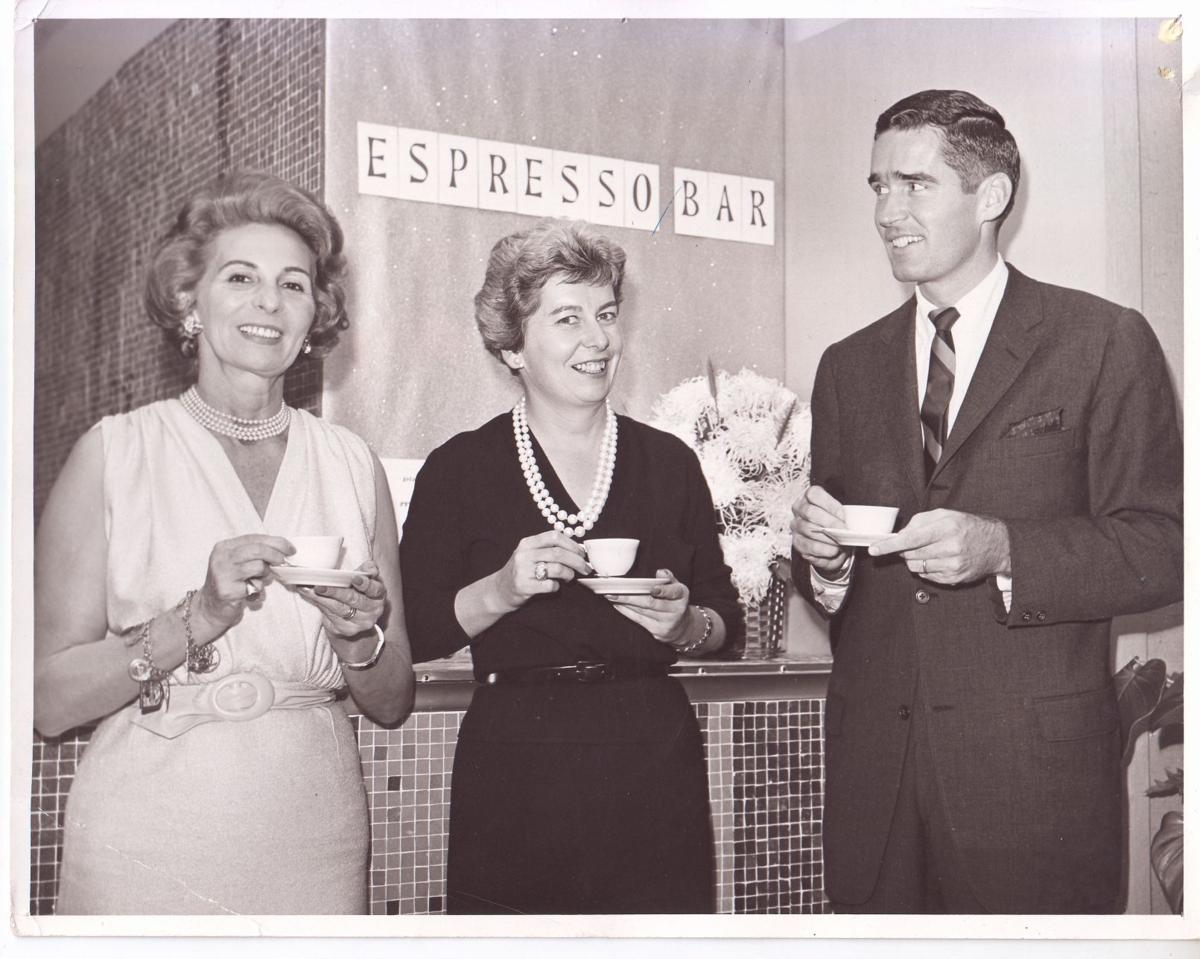 Pat Rardin, center, with Princess Marcella Borghese and the president of Nieman Marcus at the launch of the princess' cosmetics line. 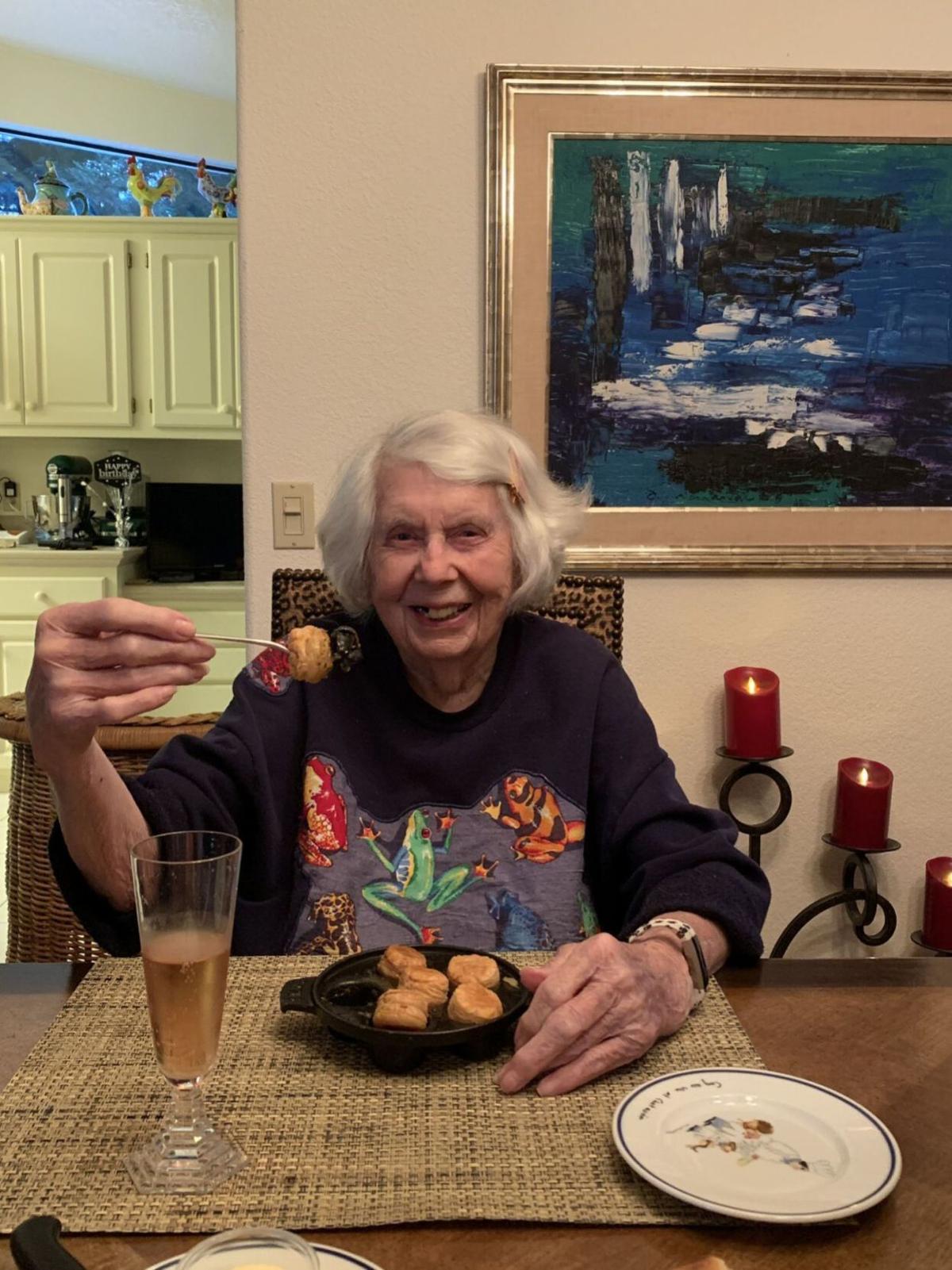 Patricia Rardin celebrating her 100th birthday with escargot and champagne courtesy of Bouchon. 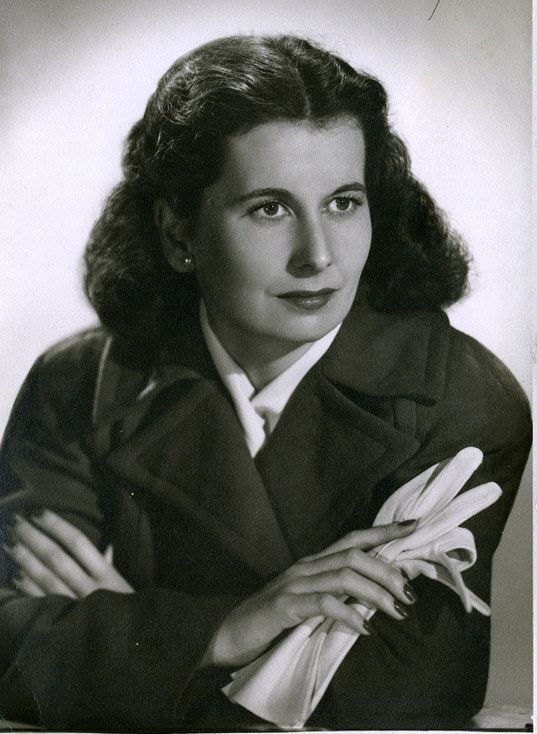 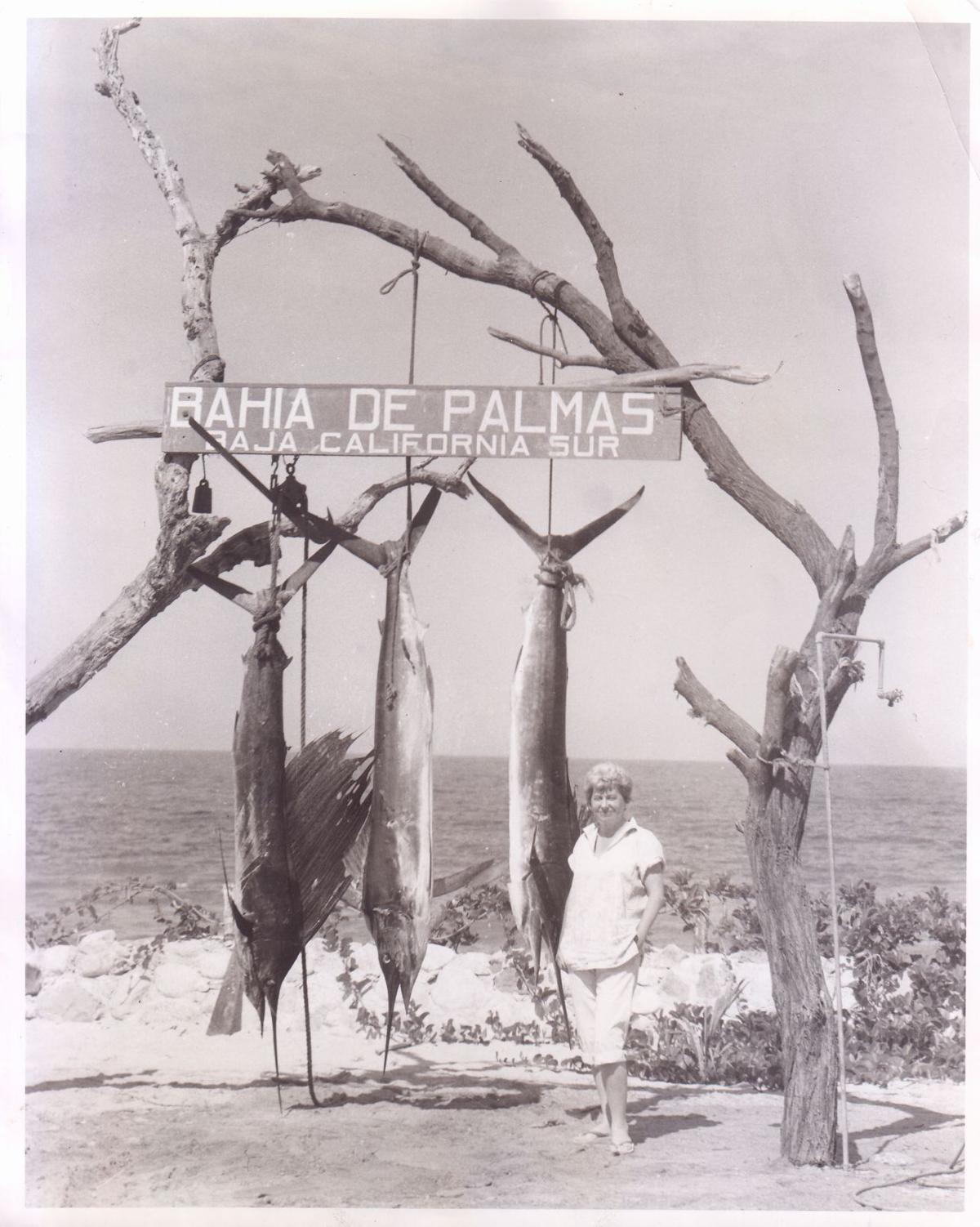 Patricia Rardin with three fish she caught while deep-sea fishing in Baja. 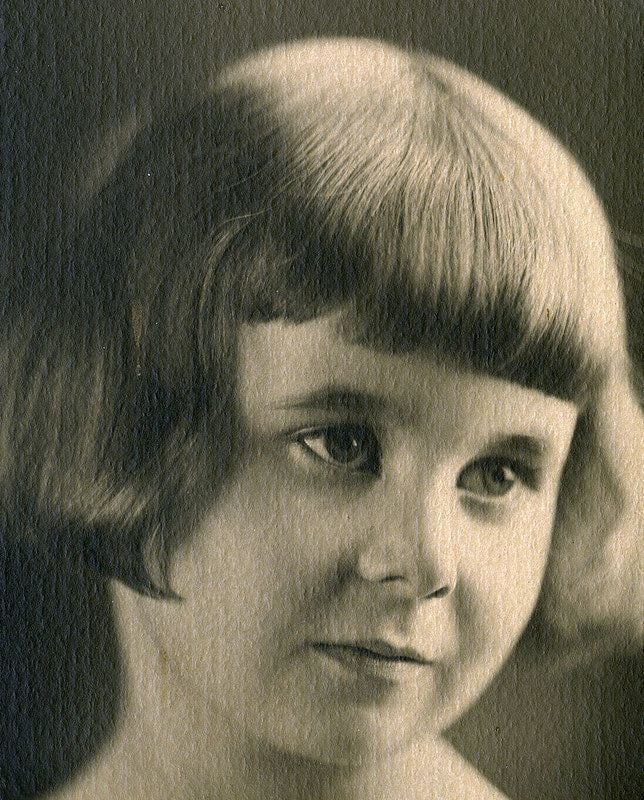 A typical person might despair at the thought of celebrating a milestone birthday with a few Zoom calls instead of a roomful of friends.

But Patricia Rardin, a self-described loner who’s been doing things her own way for a full century, isn’t letting it get her down.

“I feel very, very well,” said Rardin, who celebrated her 100th birthday on Saturday at her Vineyard Valley home in St. Helena. “Physically I’m in good shape, I have good friends, I like my own company, I do a lot of reading, and I have pets. What more could you ask?”

Rardin shattered the glass ceiling at Revlon, becoming the cosmetics company’s first female executive and overseeing sales in half of the U.S. Before that, she excelled at male-dominated jobs like auto parts sales.

“I was almost always in a man’s world,” said Rardin, whose intellect, confidence, high spirits and wry sense of humor are untarnished by age.

Raised in San Francisco, Rardin attended Catholic boarding school and toyed with the idea of becoming a nun, but she quit because she wasn’t “giving it my all.”

She wasn’t fast enough to be a court reporter, but a shortage of male labor during World War II gave her and thousands of other women a chance to prove they could do a so-called man’s job as well as any man.

Rardin got a job working at a ball bearing company. There was a boss, an assistant, a stockboy, and Rardin. The boss left when he got a promotion, the assistant got drafted, and the stockboy “was terrible, so I fired him,” Rardin recalled.

Her next few jobs were with companies that made automotive parts.

“The union guys were not nice to women, but I put up with that,” Rardin said. “I was what they called the senior counter man. I would look up the part somebody wanted for such-and-such a car.”

She got married after the war to a comedian/master of ceremonies. It lasted for 15 years but Rardin knew it was over after eight. The two remained friends.

Meanwhile, her career was taking off. After a stint as regional manager for the department store I. Magnin, Revlon hired her in 1959, making her the company’s first female executive.

Despite the rampant sexism that pervaded the business world during the “Mad Men” era, “I never had a problem,” Rardin said.

“Yeah, they made their passes and they belittled me, but I just didn’t let it affect me,” she said.

In the days of two-martini lunches, Rardin could throw back drinks with the best of them.

“Better than most of them,” Rardin said. “They joke about a hollow leg — I think I must have two. I never had a hangover in my life, and I was always a happy drinker. That made it easier to get along with the guys.”

Leading a team of account executives and regional sales managers, Rardin worked for Revlon until she was forced out at the age of 70. Toward the end of her time there, some of her male co-workers started to feel threatened because in terms of job performance “I was number one and they weren’t, and that makes a man unhappy,” Rardin said. “But most of the time they were fine.”

Rardin had spent decades in Los Angeles, but she was happy to return to Northern California in her retirement.

“I always liked Northern California far better than Southern California,” she said. “When I was working it didn’t matter because I had a home in the hills and I had all the good parts of L.A., but when I retired I didn’t like the atmosphere at all.”

Today she lives at Vineyard Valley Mobile Home Park with two parrots and two cats. She reads constantly (expect to find some thick biographies on her nightstand) and socializes with friends, most of them younger than her.

“It’s important to surround yourself with younger people rather than to fall into the ‘oh poor us, we’re getting old’ kind of thing,” Rardin said. “I don’t have that attitude at all.”

Rardin celebrated her 100th birthday in the company of Debi Nichols, a longtime (and much younger) friend who worked at Revlon. The two have indulged in escargot and champagne compliments of Bouchon and oysters from Hog Island Oyster Co.

“All in all, my life has been interesting,” Rardin said. “Tough sometimes, but good to me.”

The Calistoga Chamber of Commerce has announced this year’s Gary Barrett Lifetime Achievement award will be shared by Helen Archerd and Virginia Dooley.

Dudley Galusha was feted with a drive-by birthday from the Calistoga Fire and Police Departments, and more than two dozen well-wishers.

At 90, Calistoga's Helen Archerd oversees food distribution for those in need.

Pat Rardin, center, with Princess Marcella Borghese and the president of Nieman Marcus at the launch of the princess' cosmetics line.

Patricia Rardin celebrating her 100th birthday with escargot and champagne courtesy of Bouchon.

Patricia Rardin with three fish she caught while deep-sea fishing in Baja.