California Attorney General Xavier Becerra filed a motion Feb. 1 to intervene in a lawsuit challenging the approval of a major resort in a wildfire-prone area of Lake County, just 40 minutes from Calistoga.

Becerra seeks to join a lawsuit filed last August by the Center for Biological Diversity and the California Native Plant Society challenging the environmental impact report (EIR) for the Guenoc Valley Mixed Use Planned Development project.

According to a press release from Becerra’s office, the EIR certified by the Lake County Board of Supervisors last July “fails to adequately analyze and mitigate the increased wildfire risk associated with the project, as well as the greenhouse gas emissions and other adverse environmental impacts.

“Lake County residents have borne the brunt of many of the recent wildfires that have ravaged our state,” Becerra said. “They deserve to know that the increased wildfire risks resulting from any new development in their area have been properly considered — and mitigated.”

Becerra raised similar concerns in two comment letters during the environmental review process. Becerra said the project would exacerbate wildfire risk and lacked adequate opportunities for evacuation during a wildfire.

The project would include a new fire and emergency response center, advanced fire detection and notification system, and a floatplane dock and emergency helipads that could be used by firefighting aircraft.

In approving the project, Lake County supervisors said it would transform Lake County and generate a massive economic boost through increased property and hotel taxes.

After a tough 2020 trying to market the city, the Calistoga Chamber of Commerce is focused on events and new promotions in 2021.

Solage Calistoga has been awarded the coveted Forbes Travel Guide Five-Star Award for 2021.

Embrace Calistoga has been named in the Top Ten Best Romantic Inns for 2021 by I Love Inns.

Producers of "The Quest" have been granted an extension to film the reality show at the castle setting of Castello di Amorosa winery.

Fire damage is visible on property to be developed as part of the Guenoc project along Butts Canyon Road, some seven miles east of Middletown. 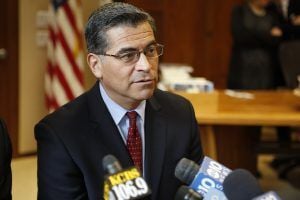