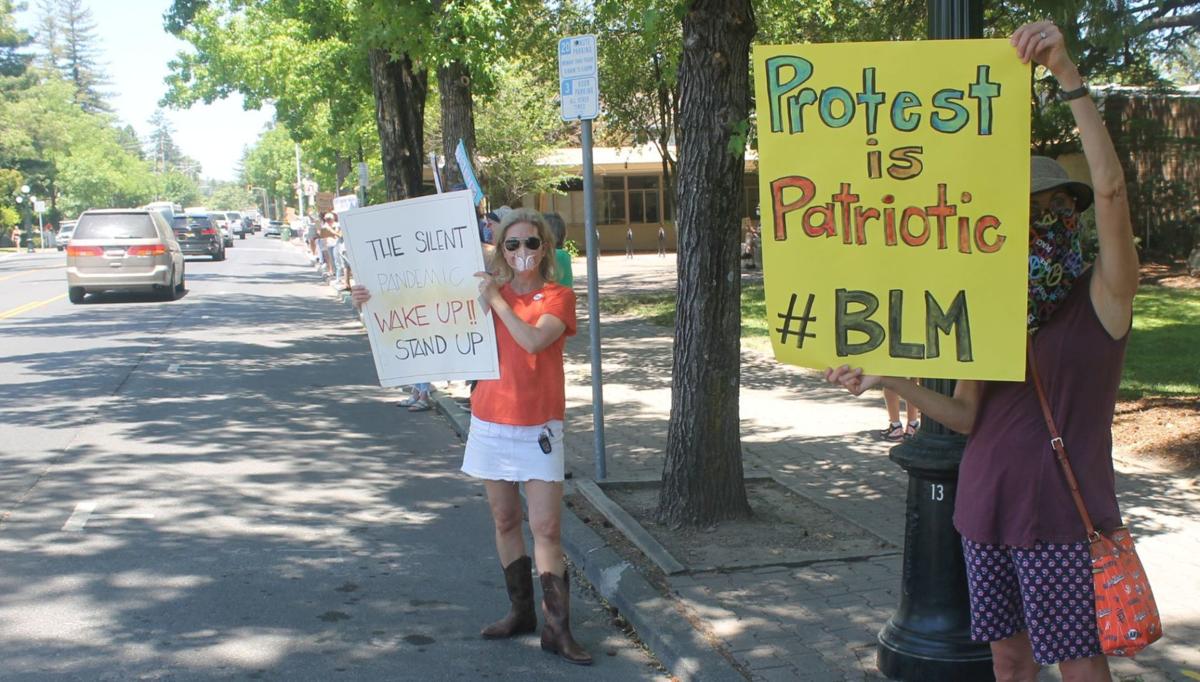 Between noon and 1 p.m., Monday, 48 people lined Main Street in front of Lyman Park and St. Helena City Hall, holding signs and waving to vehicles that honked their horns. 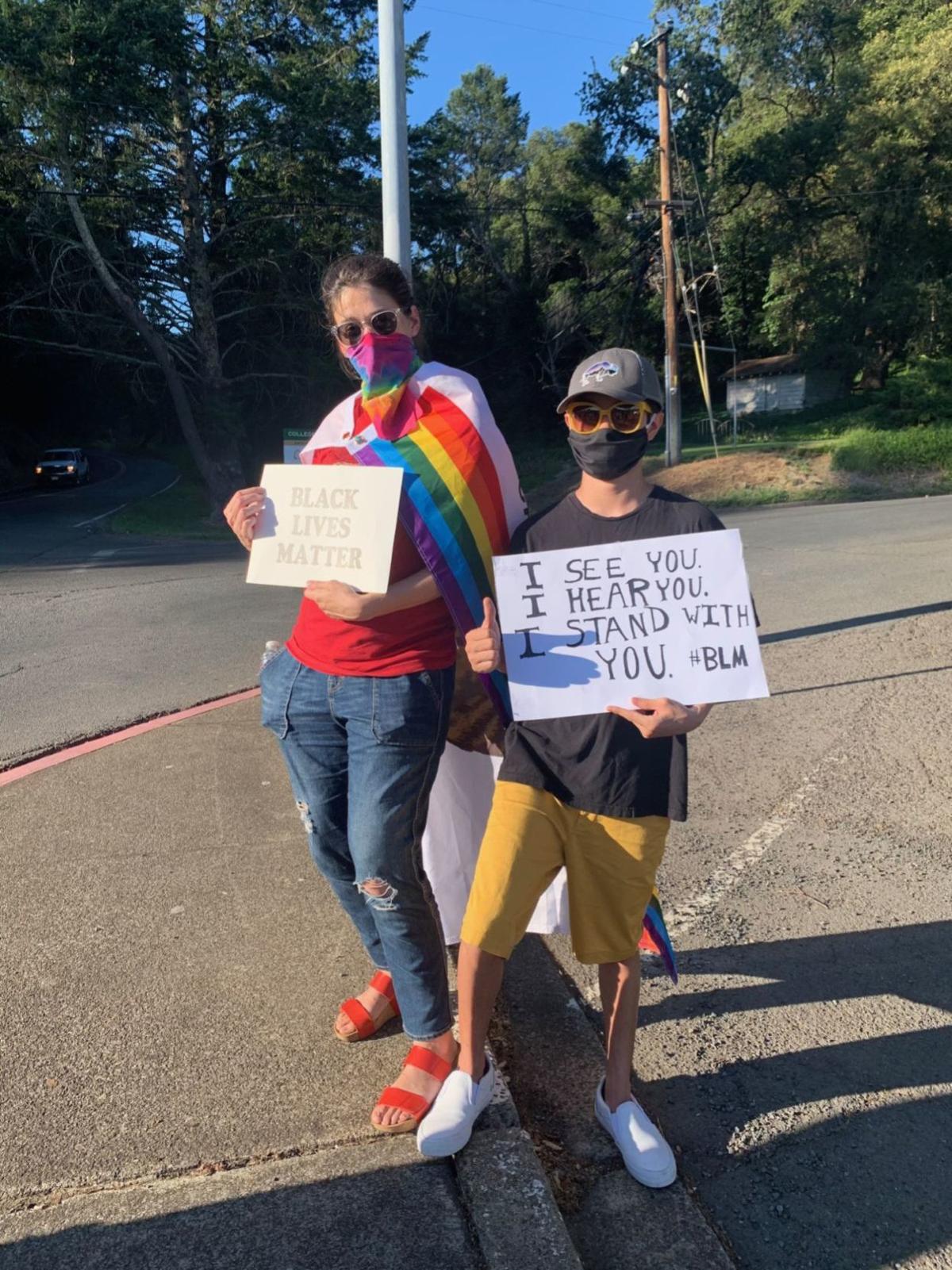 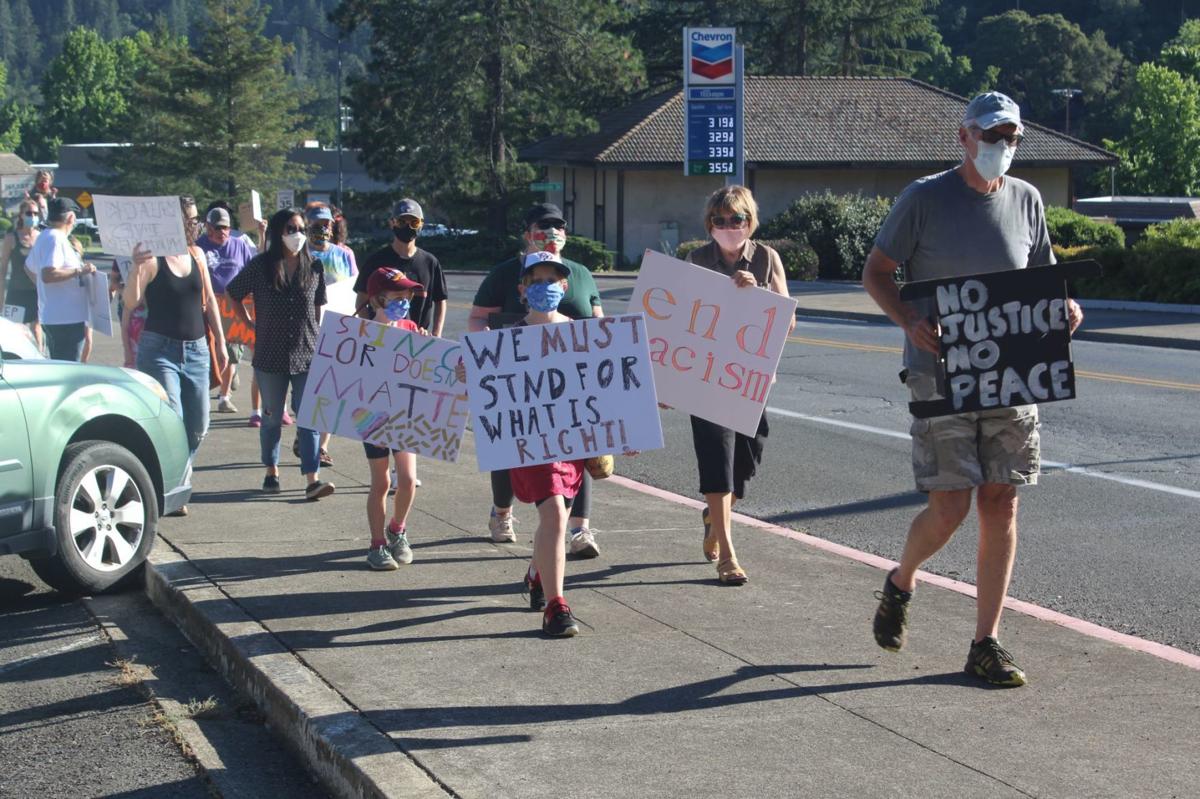 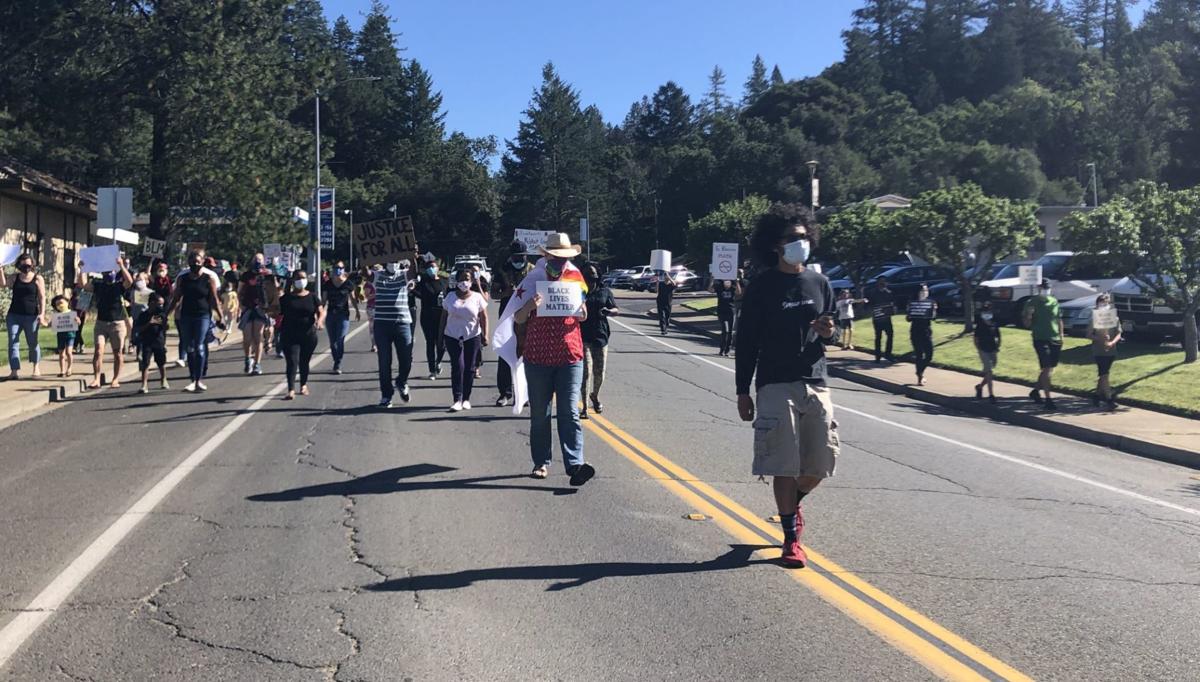 Demonstrators march down Howell Mountain Road in Angwin on Friday, which was Juneteenth. Leading the march is organizer Michael Andrianarijaona. 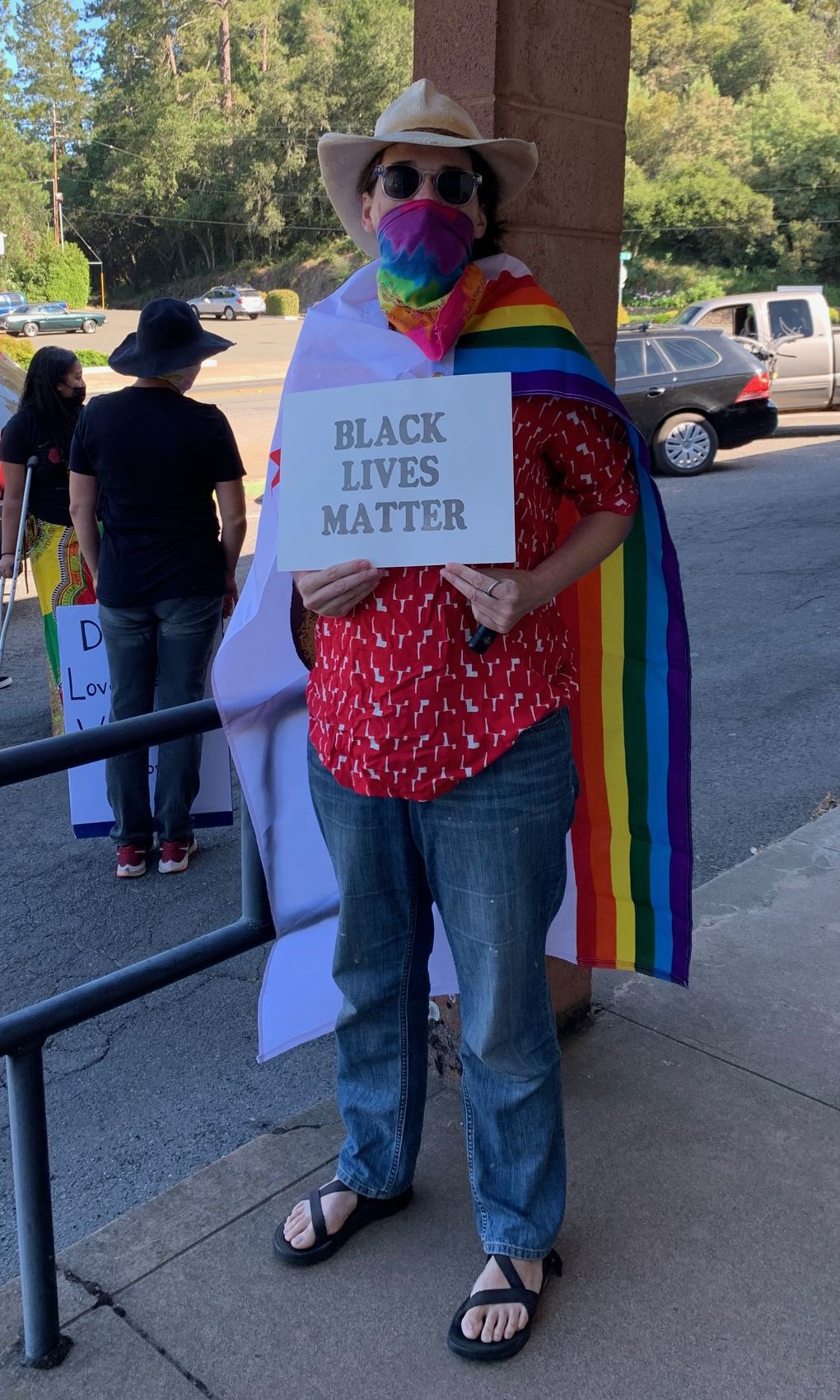 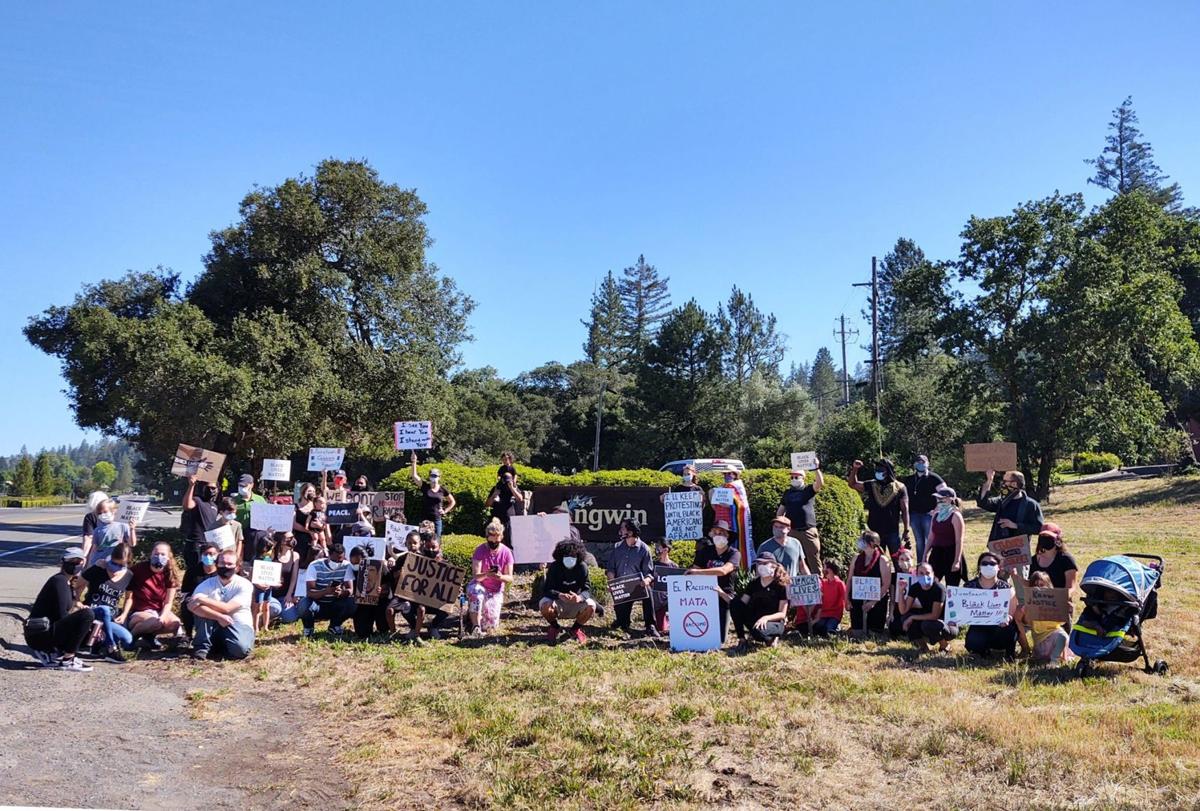 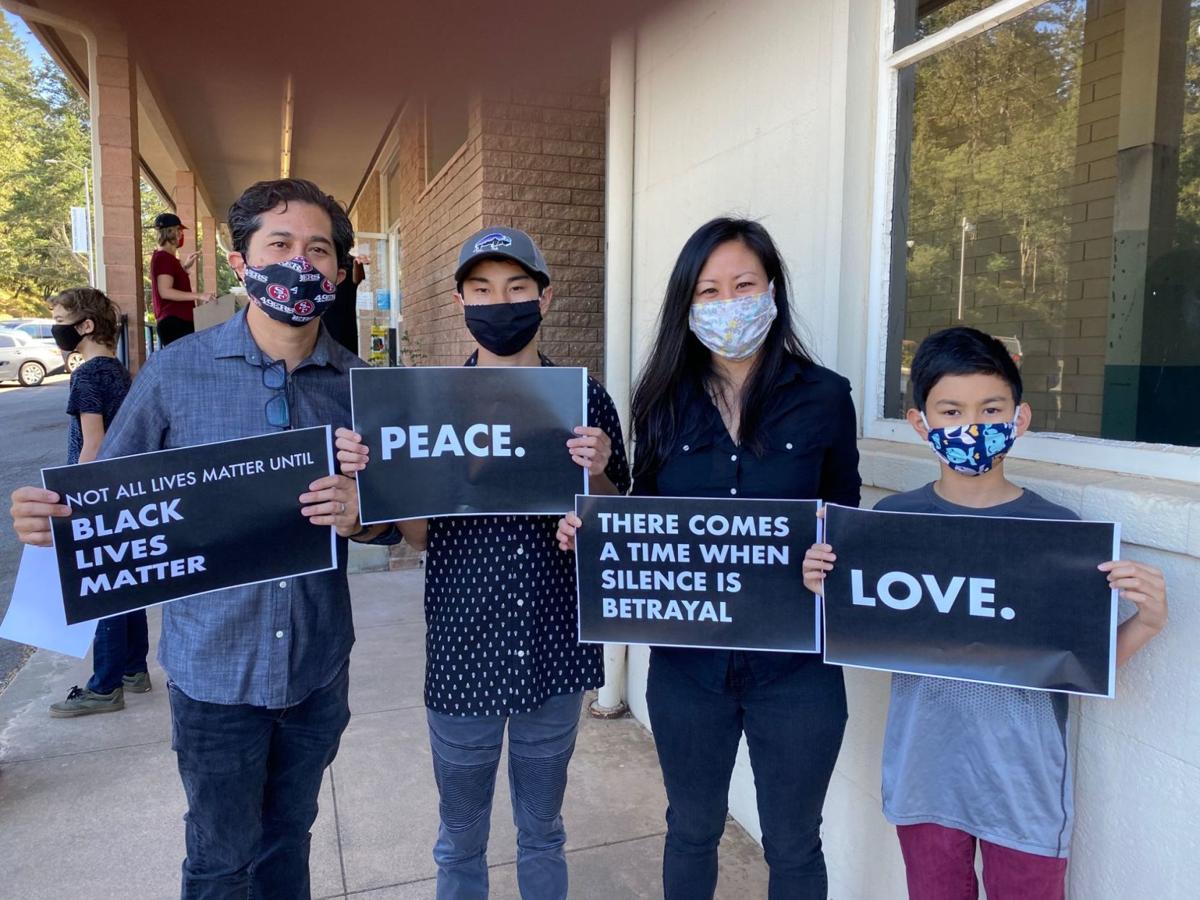 Peaceful demonstrations against racism and police brutality continued this week in St. Helena and Angwin.

Women Stand Up St. Helena’s continued its weekly demonstration in front of Lyman Park on Monday, with about 50 people holding signs.

It was the fourth Monday a group gathered to demonstrate against racism and police brutality. The first week, a couple dozen people gathered; organizer Beth Lincoln said there were 70 people the second week and 53 the third week. She said they will keep demonstrating every Monday “until we don’t, even if only one person” protests.

In Angwin, a few dozen demonstrators met across from the gas station on Monday and marched down Howell Mountain Road carrying signs decrying racism and supporting the Black Lives Matter movement. Angwin residents also demonstrated on Friday in honor of the Juneteenth holiday. The demonstrations were organized by Michael Andrianarijaona.

Pride is Protest march set for Sunday in downtown Napa

The Rainbow Action Network and the People’s Collective for Change Pride will host a protest march on Sunday, June 28 at 10:30 a.m. at Napa City Hall.

Napa's Black community fought for freedom from the start

Your Turn: Local historian Alexandria Brown looks back at the long struggle against injustice by Black Napans.

The senseless death of a black man

I was editor of the newspaper and worked with two police chiefs. The paper was full of crime and police news, in part because there was a lot of criminal activity in Clearlake.

Between noon and 1 p.m., Monday, 48 people lined Main Street in front of Lyman Park and St. Helena City Hall, holding signs and waving to vehicles that honked their horns.

Demonstrators march down Howell Mountain Road in Angwin on Friday, which was Juneteenth. Leading the march is organizer Michael Andrianarijaona.