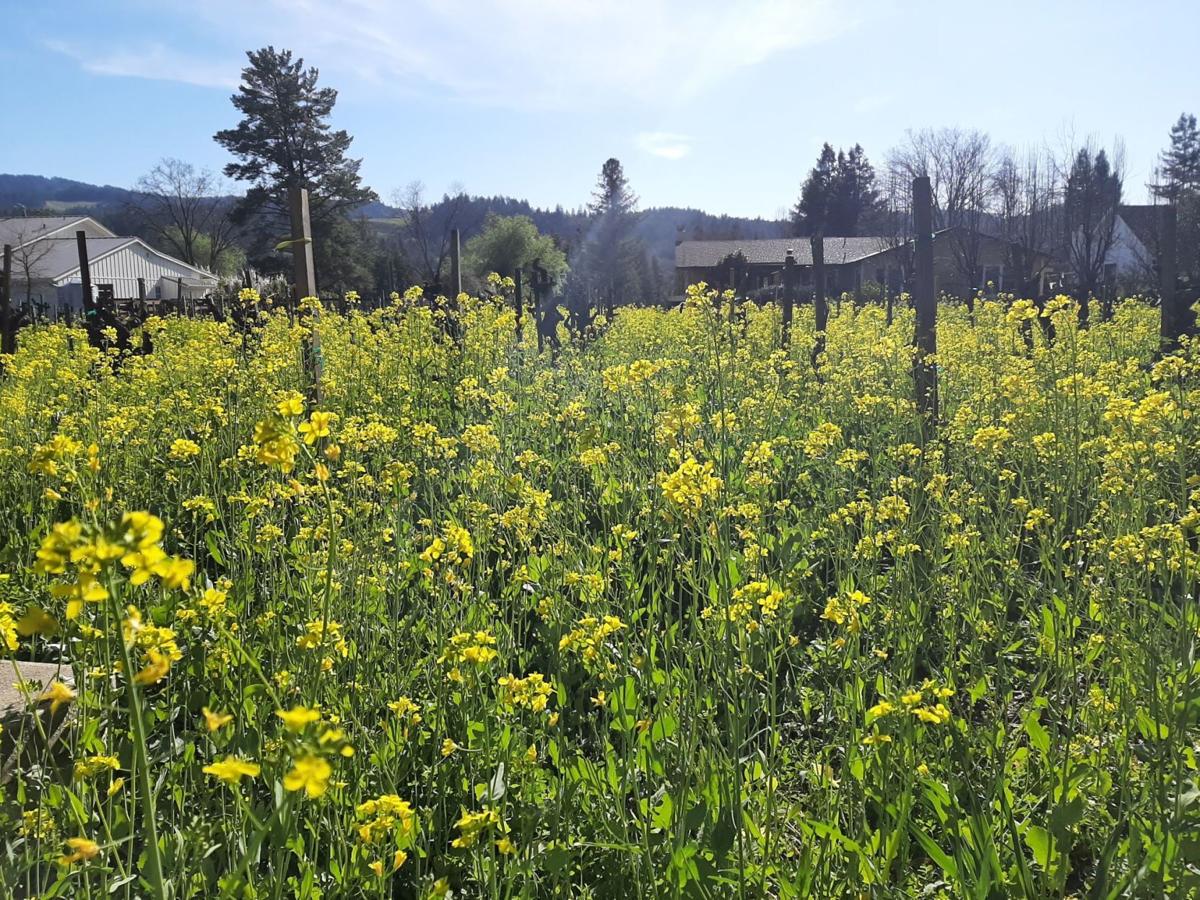 Mustard blossoming yellow bright and cheery is an abundant harbringer of spring in Calistoga.

I did something really unusual last weekend.

I went out for a girl’s night out — all two of us — on Saturday. Not sure what to expect, downtown Calistoga was fairly hopping and the atmosphere was buoyant. The weather was nippy but we two and those around us were enjoying outdoor dining and drinking, talking and laughing and an odd sensation came over me: I remember this!

No doubt you’ve also speculated on what life will be like somewhere in the future when we are post-pandemic. Well, this was like putting an actual toe in the water, and it felt really good.

Likewise, with the weather warming, I’m seeing wide swaths of green grass and fields of mustard along Highway 29, Little League has announced registration is open, as is Parks & Rec’s spring tennis.

Humans are nothing if not resilient. And that seems especially true of Calistoga. I temper all this saying I know we’re not there yet. Maybe it’s the beginning of spring, maybe it’s my rose-colored glasses, maybe it’s Nina Simone belting out “It’s a new day” on the radio, but for the first time in a long time I’m feeling optimistic.

Yes, I can feel my insides coming out of their cocoon.

Of all the jokes and cartoons that have skewered the past year, I saw a pretty good one the other day.

Last year at about this time, I began reporting on events being cancelled, one by one, until the pattern emerged and it no longer became news. Eventually I just said What the 2020 — and abandoned putting together the weekly Calendar of Events altogether.

Then the advent of now-ubiquitous Zoom meetings and concerts and auctions and forums, and I swear I never thought I’d be using the term “drive-thru” with such regularity.

But, and though pandemic is far from behind us, signs of (dare I say it?) normalcy are returning, or at least are visible on the horizon.

The past week I checked in with a couple of the owners of local wineries, who suffered severe blows from the Glass Fire (see story online or in print on Thursday). Last October, still in the grasp of the initial shock, they said there was no question that they would rebuild. Now the daunting task has begun, and though the challenges go far beyond just replacing the buildings that were lost, they are determined and hopeful.

And have you checked out the Art Center’s Walking Tour of Poetry? Take some time out for a stroll around town and read a few inspiring and whimsical poems from local and renown poets.

Also, entries in our police log for complaints about people not social distancing and/or wearing masks have dwindled considerably.

I’ve also noticed that people who haven’t seen each other in a while start their conversations not with “When will this end?” but with an optimistic “Have you gotten your shot yet?”

Just think, someday the Calendar of Events may even come back.

From the Editor: Meanwhile on the front lines

From Editor Cynthia Sweeney: What those on the COVID-19  front lines are dealing with.

First responders from Calistoga have returned from southern California where they volunteered their skills toward the COVID-19 surge.

Catholic Charities food bank in Calistoga has shifted from home delivery to drive-thu service at the Seventh-Day Adventist Church.

Calistoga rapper Jonah Pelter does it his way

Jonah Peltzer is set to release his second album “Lessons from Losses” Jan. 31, an inspirational collection of songs, about getting through hard times.

Mustard blossoming yellow bright and cheery is an abundant harbringer of spring in Calistoga.