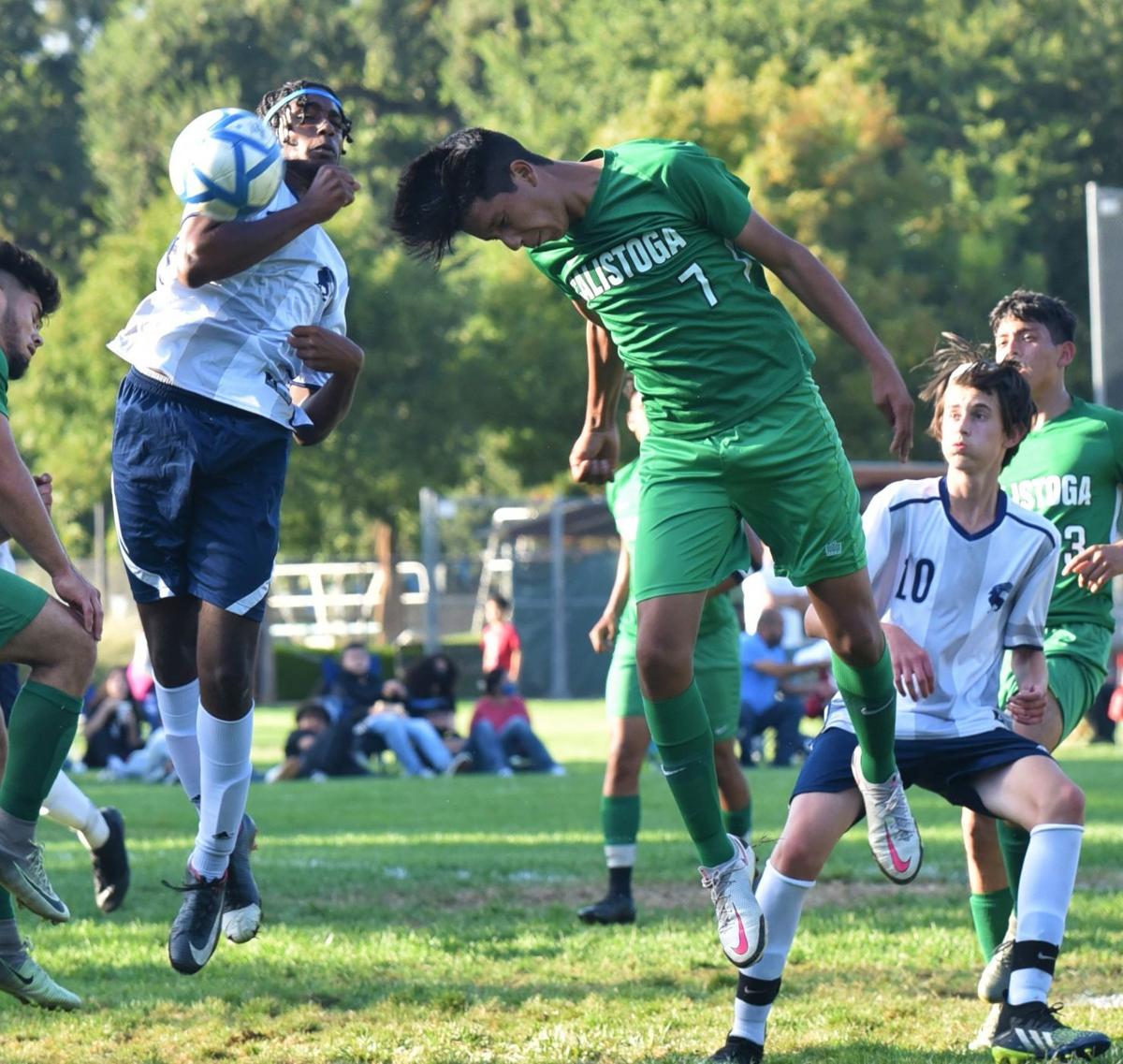 Calistoga's Carlos Avina (7) heads in a goal past Credo's Devin Jermon at Logvy Park on Friday. 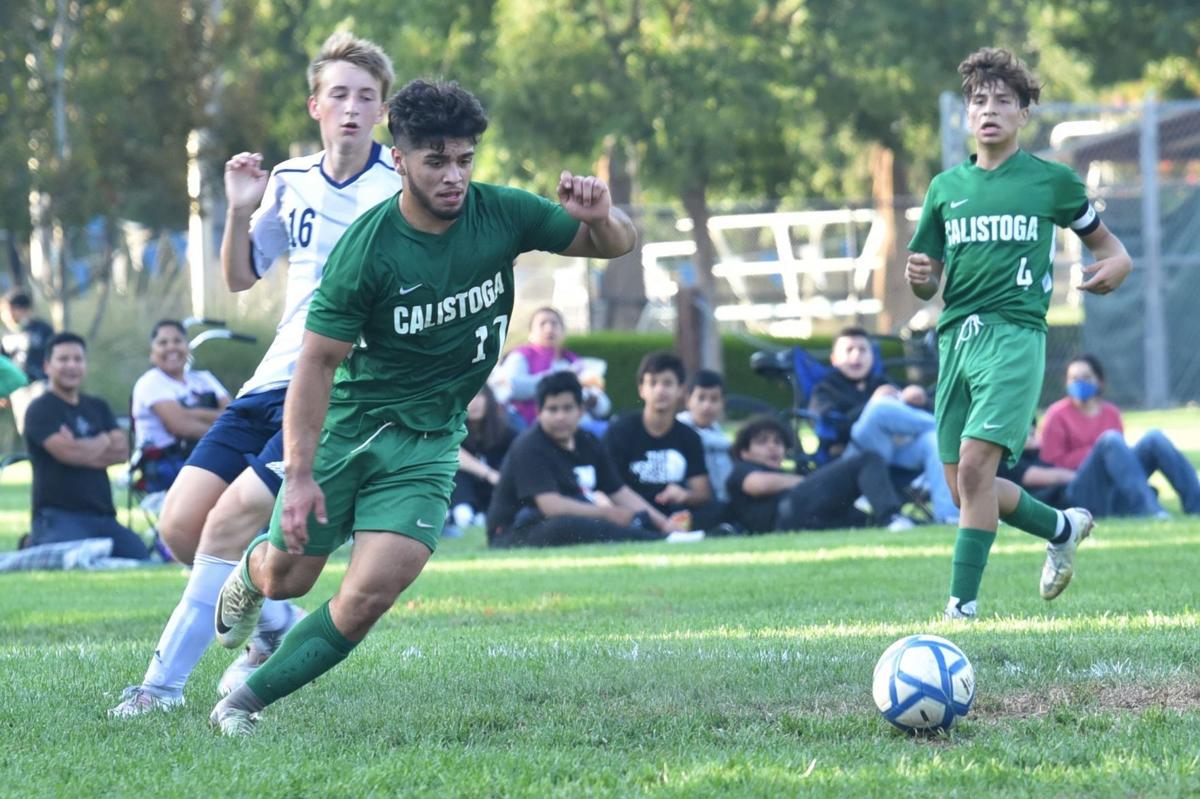 Calistoga's Christian Caldera (17) and Alexis Escobedo (4) each scored twice against Credo at Logvy Park on Friday. 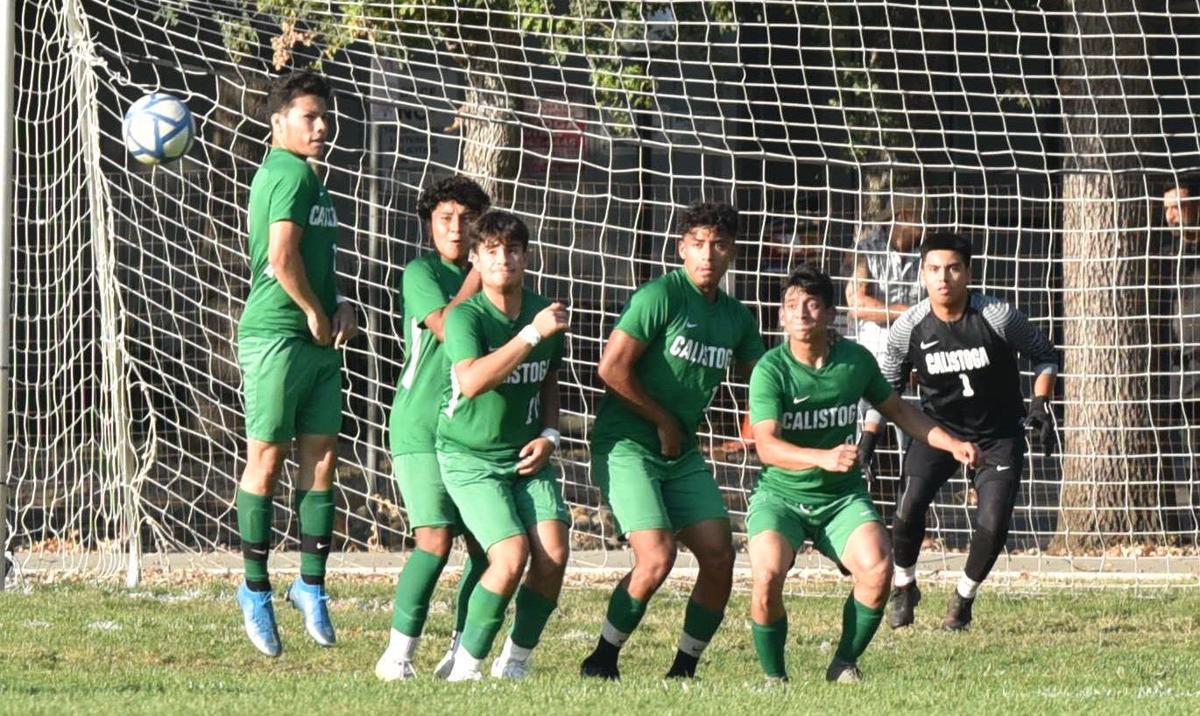 Calistoga players try to block a direct kick by Credo at Logvy Park on Friday. 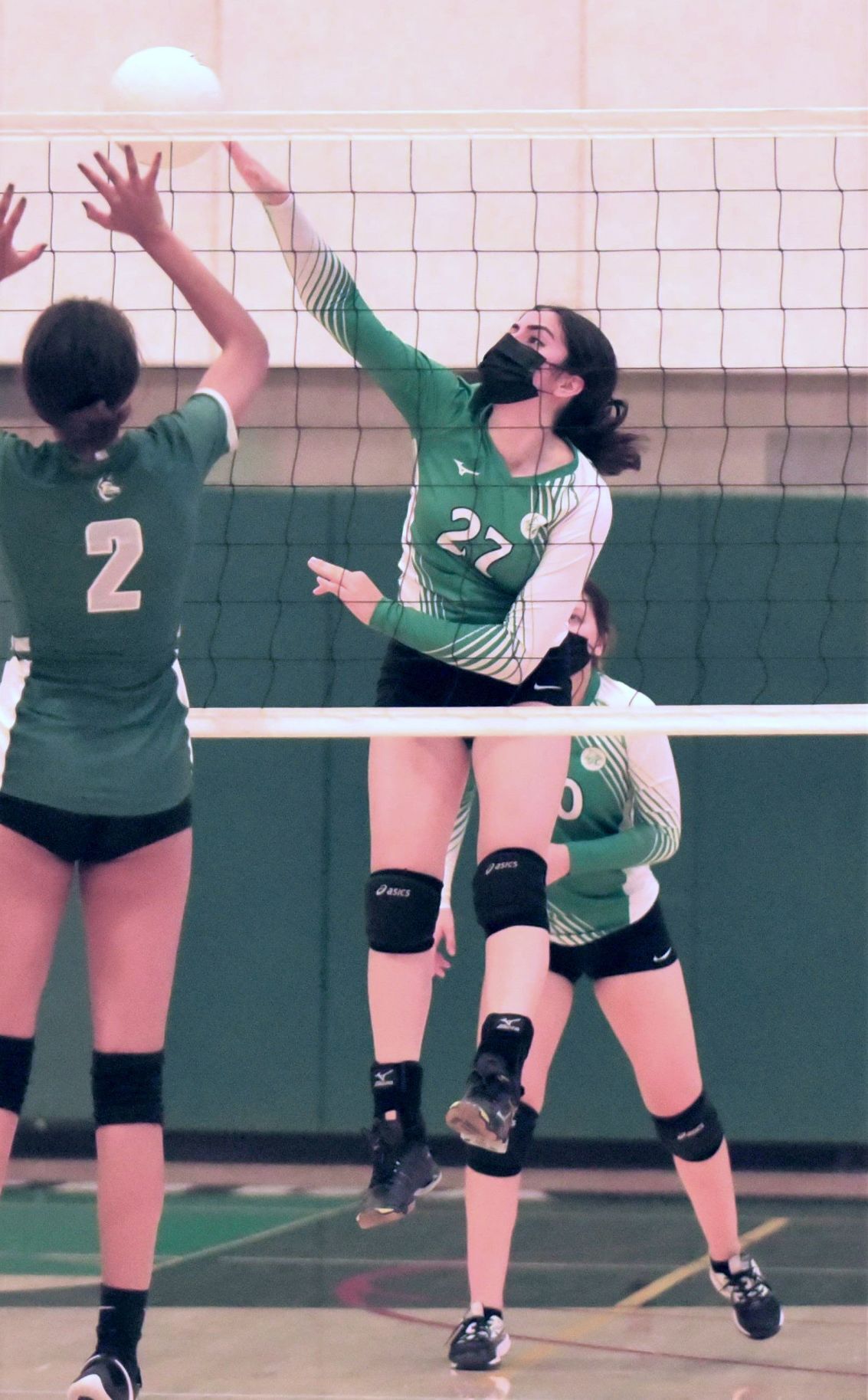 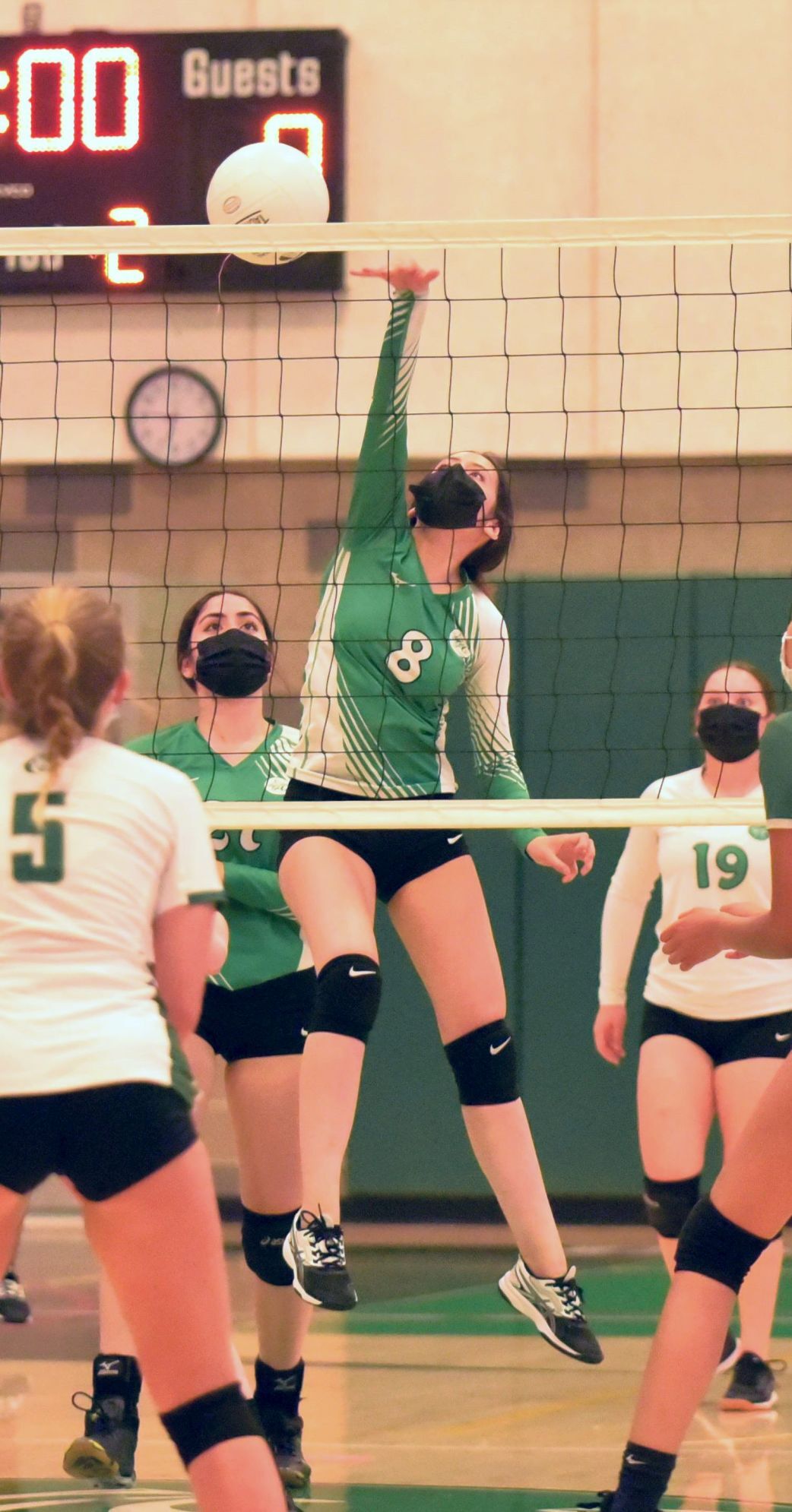 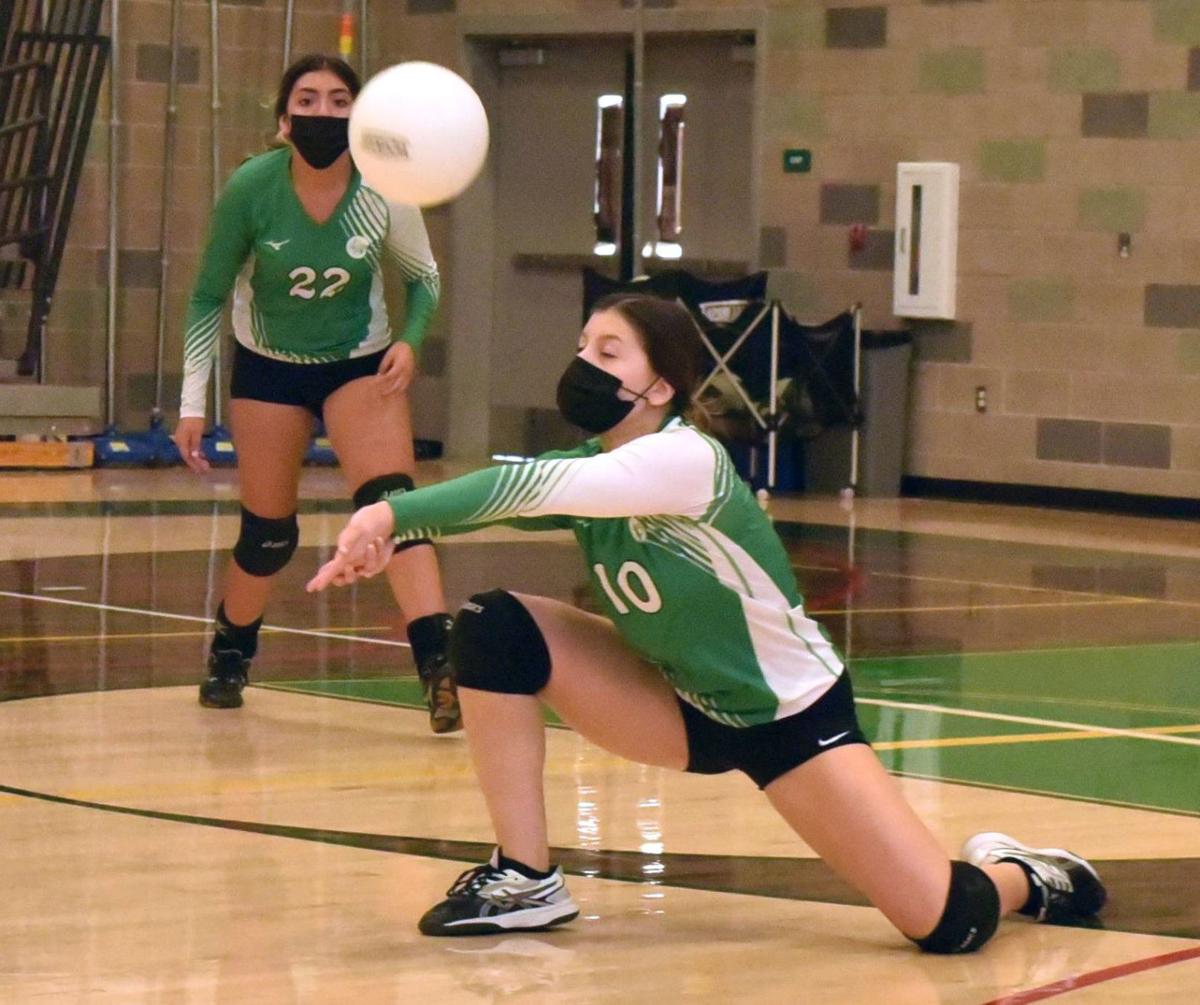 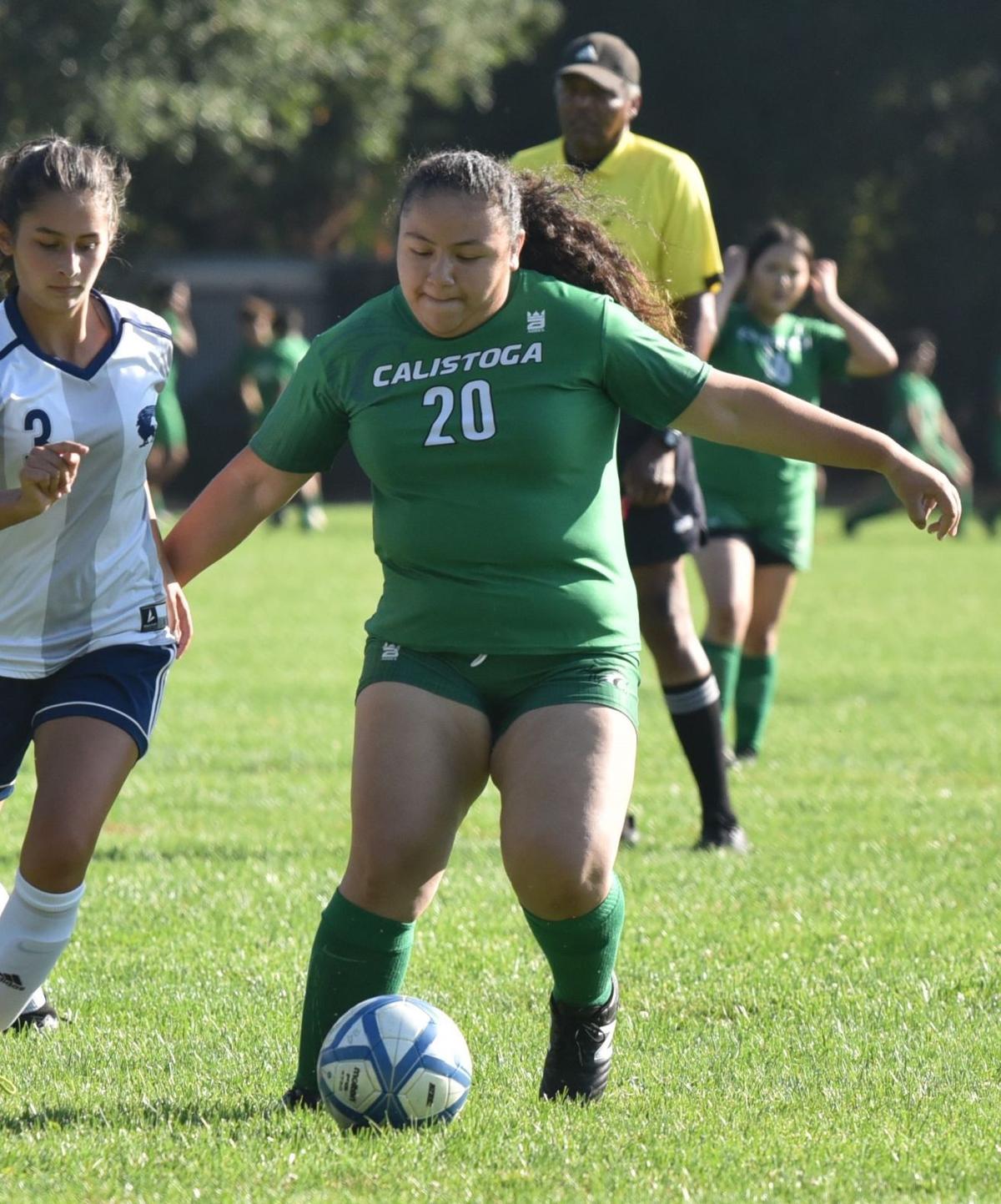 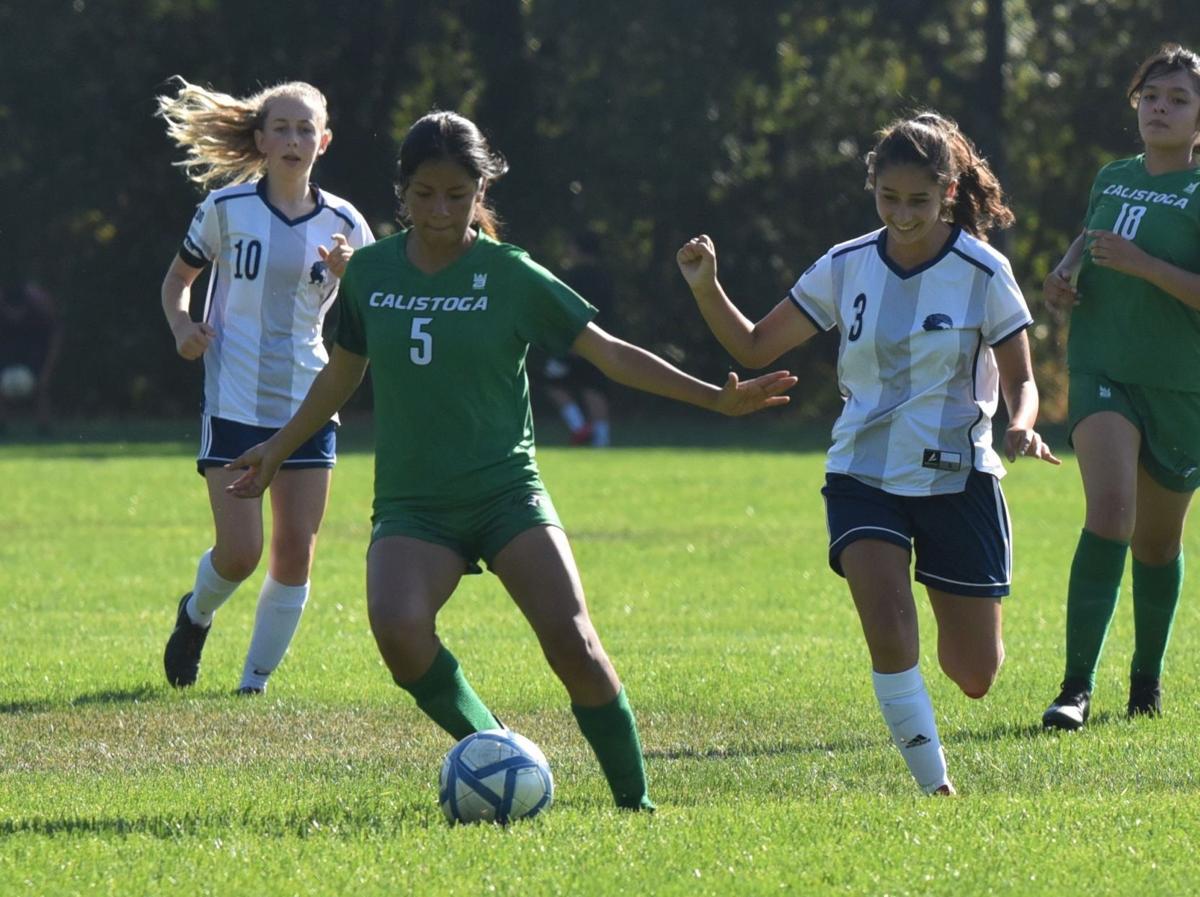 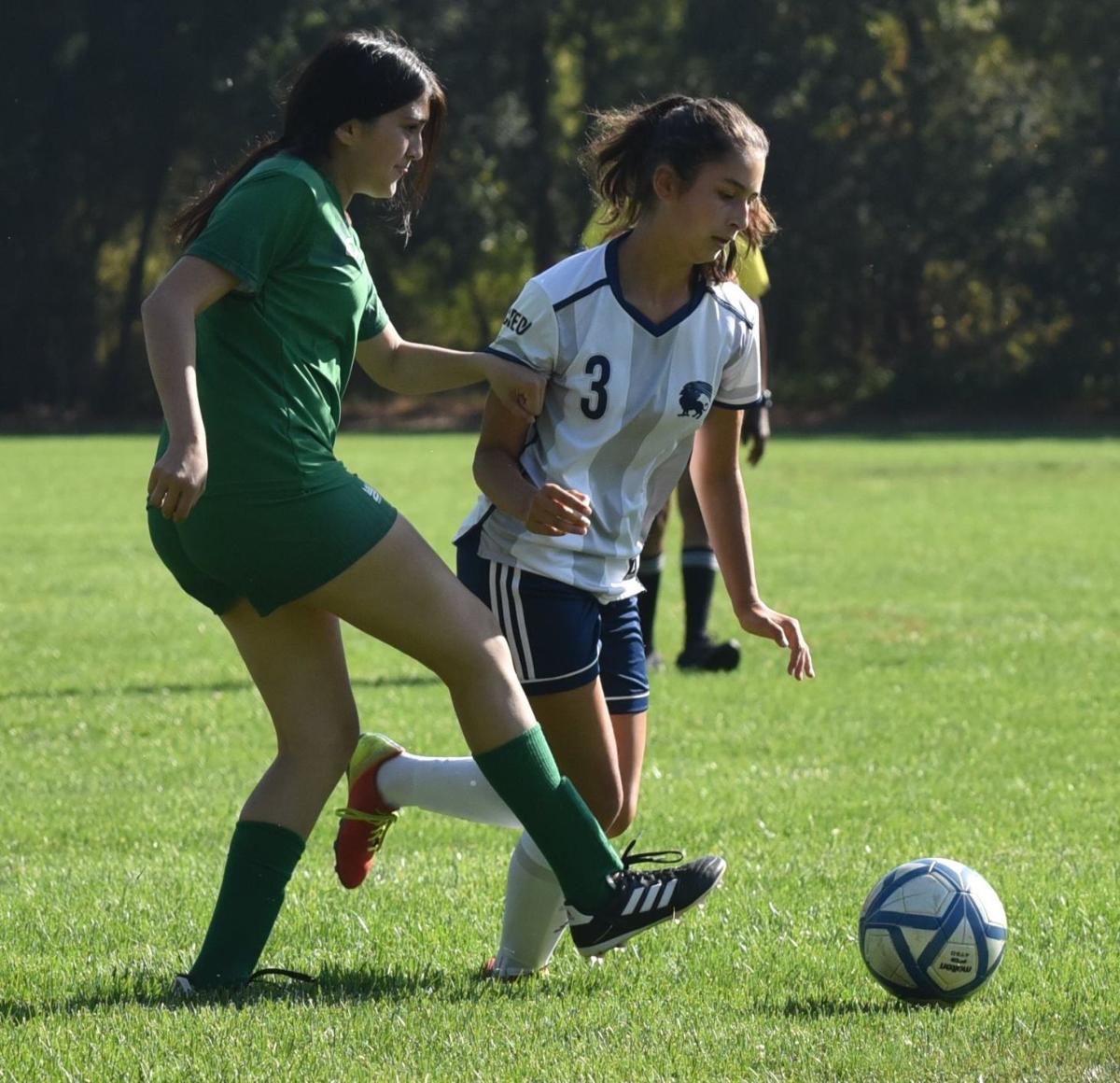 Senior captains Christian Caldera and Alexis Escobedo each had two goals to lead the Wildcats.

Calistoga head coach Hector Contreras gave his team a 7 out of 10 for effort.

Along with Caldera and Escobedo, the coach said sophomore Willem Ulloa played well in the midfield. “He stepped up today,” Contreras said.

The Wildcats have five athletes on their team who are also playing football this fall, something Contreras said the quintet is handling well.

“I think for the most part, they are gifted kids who are good at maintaining dual sports and grades, so I don’t think it affects them a lot,” he said. “I think, in the long run, it might affect them a little bit — they’re probably going to overwork their bodies — but we’re training them right, so they should be fine (for now).”

The Wildcats next visit Sonoma Academy in Santa Rosa at 6 p.m. Saturday.

“Andrea stood out very much. Her blocking was on point, her hitting was great, her tipping — she was finding those holes,” the coach said. “Her defense and serving were great, as well. She just needs to work on not hitting the ball as hard when serving and just make sure she gets it in (bounds) instead of using all power. Valeria did great on defense. She had a lot of great bumps up and her serving was great. Danielle Chicas played very well on defense and communicated well.”

Argueta was also pleased with the progress of the team as a whole, and how it competed against one of the top schools in the league.

The Wildcats opened their season on Saturday afternoon instead of at night, as originally scheduled, because the lights were not functioning, and played lights-out in a 58-0 nonleague rout of Cornerstone Christian of Antioch.

Quarterback Edgar Caldera rushed five times for 34 yards and two scores, including a 14-yarder, and threw for two more scores in three attempts for 29 yards. The 20- and 9-yard scoring strikes both went to Isaac Garcia.

“Our superstar, Christian Caldera only played half the game but left a lasting impression on the field,” Wildcats head coach Shane Kohler said. “Stifling defense put us in scoring position with every possession. Our offensive line, led by center Christian Ramirez in his first year ever playing football, was dominating.

“It was good for the team to get over their playoff loss of two years ago, but Cornerstone was only a shadow of that 2019 team. We have a long-term goal and short-term goals that are getting attention day by day."

The Wildcats were scheduled to host Upper Lake in a nonleague game at 6 p.m. Friday, but Co-Athletic Director Eric Heitz said Wednesday morning that the Upper Lake team was on "COVID quarantine" and that the game has been canceled.

Kohler had previously said of preparation for the game, “We have things to iron out in anticipation for Upper Lake. We need to take this matchup seriously, being that I believe they are one of the more challenging teams we'll face."

The Wildcats will prepare instead for an Oct. 2 trek to Miranda to take on South Fork.

Calistoga Girls Soccer Preview: Seniors happy just to be back on the pitch

Seniors Maria Lopez, Julissa Vazquez and Aalene Perez are the only returners for the Calistoga High girls soccer program, which didn't have a 2020 season because of the COVID-19 pandemic. The Wildcats are scheduled to play their first game in two years on Sept. 10 against Tomales.

Join Walk and Roll to School Day in Calistoga on Oct. 6

Walk and Roll to School Day in Calistoga is Wednesday, Oct. 6, encouraging students and their families to walk, bike, or roll to school on a regular basis as part of a healthy, active lifestyle.

Calistoga welcomes back the annual Homecoming Parade and Wildcat spirit

Calistoga Junior-Senior High School students waved to the crowed as they made their way down Lincoln Avenue on Friday, in a return of the annual Homecoming Parade.

Calistoga's Carlos Avina (7) heads in a goal past Credo's Devin Jermon at Logvy Park on Friday.

Calistoga's Christian Caldera (17) and Alexis Escobedo (4) each scored twice against Credo at Logvy Park on Friday.

Calistoga players try to block a direct kick by Credo at Logvy Park on Friday.