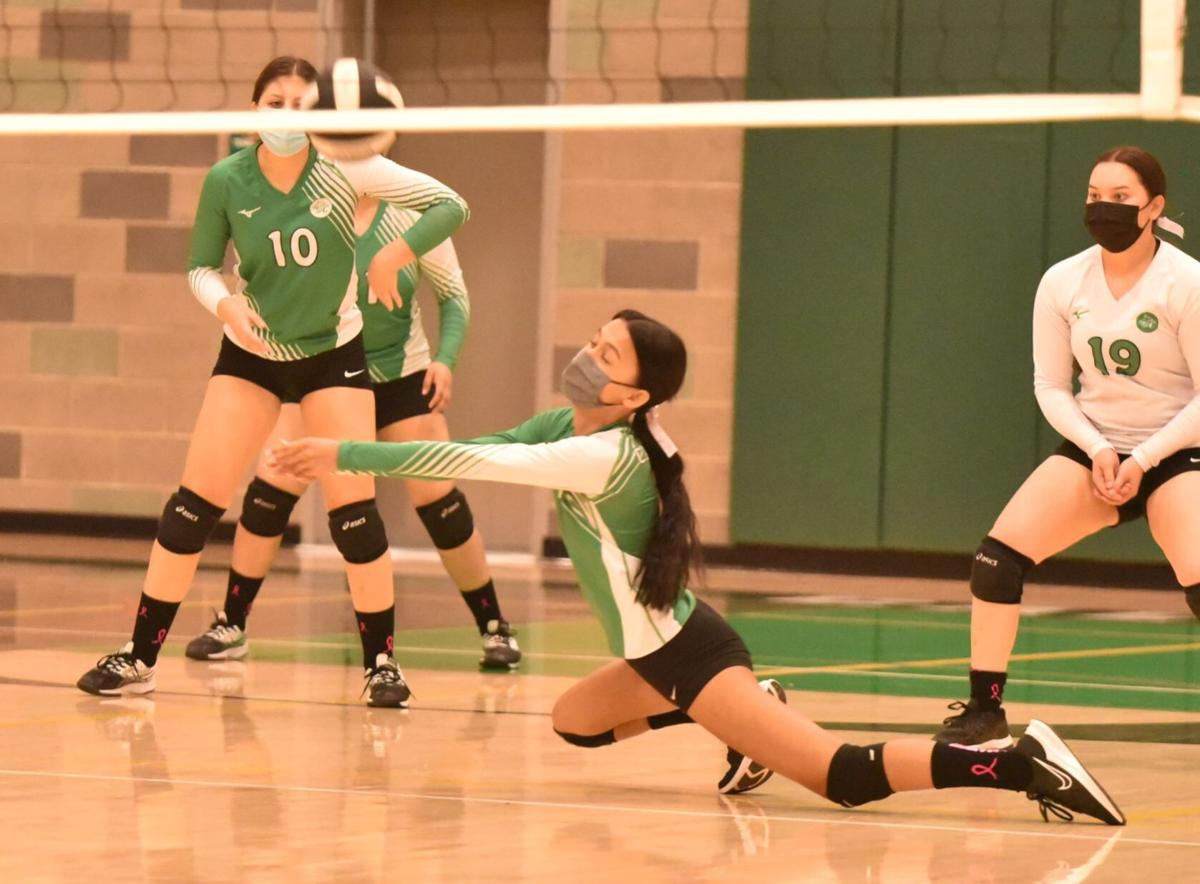 Calistoga's Catalina Garcia makes a diving save against Upper Lake on Tuesday night. 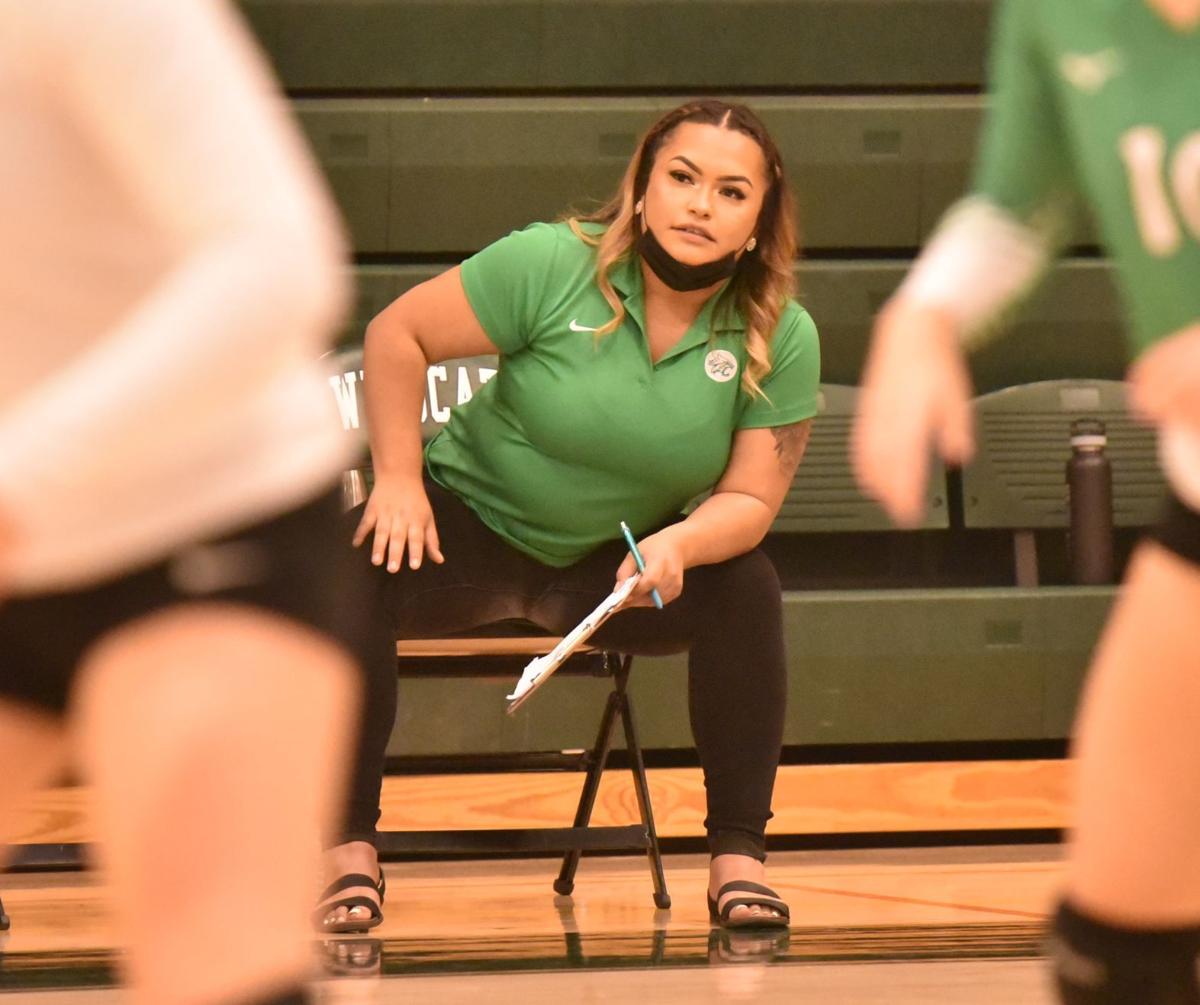 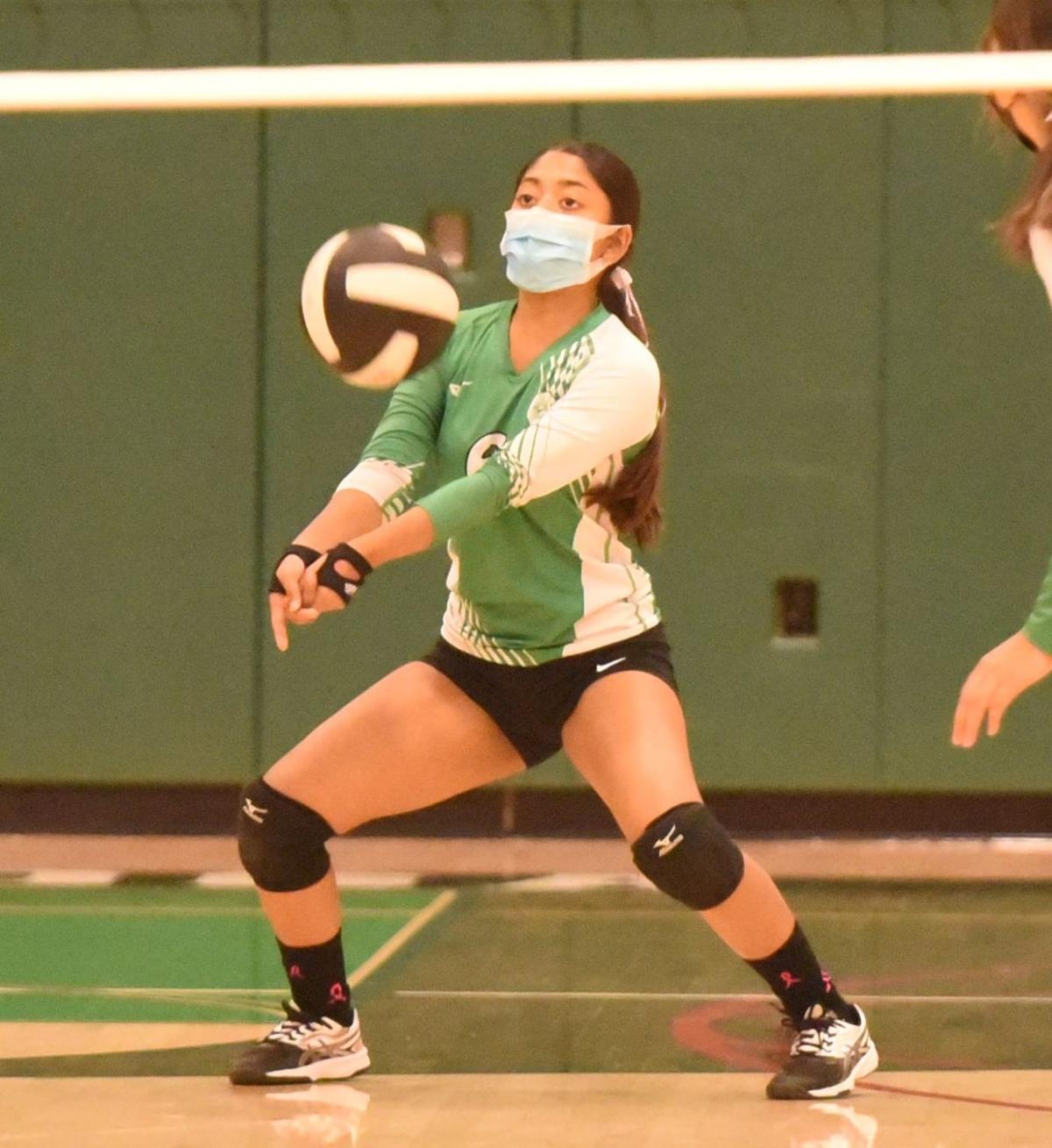 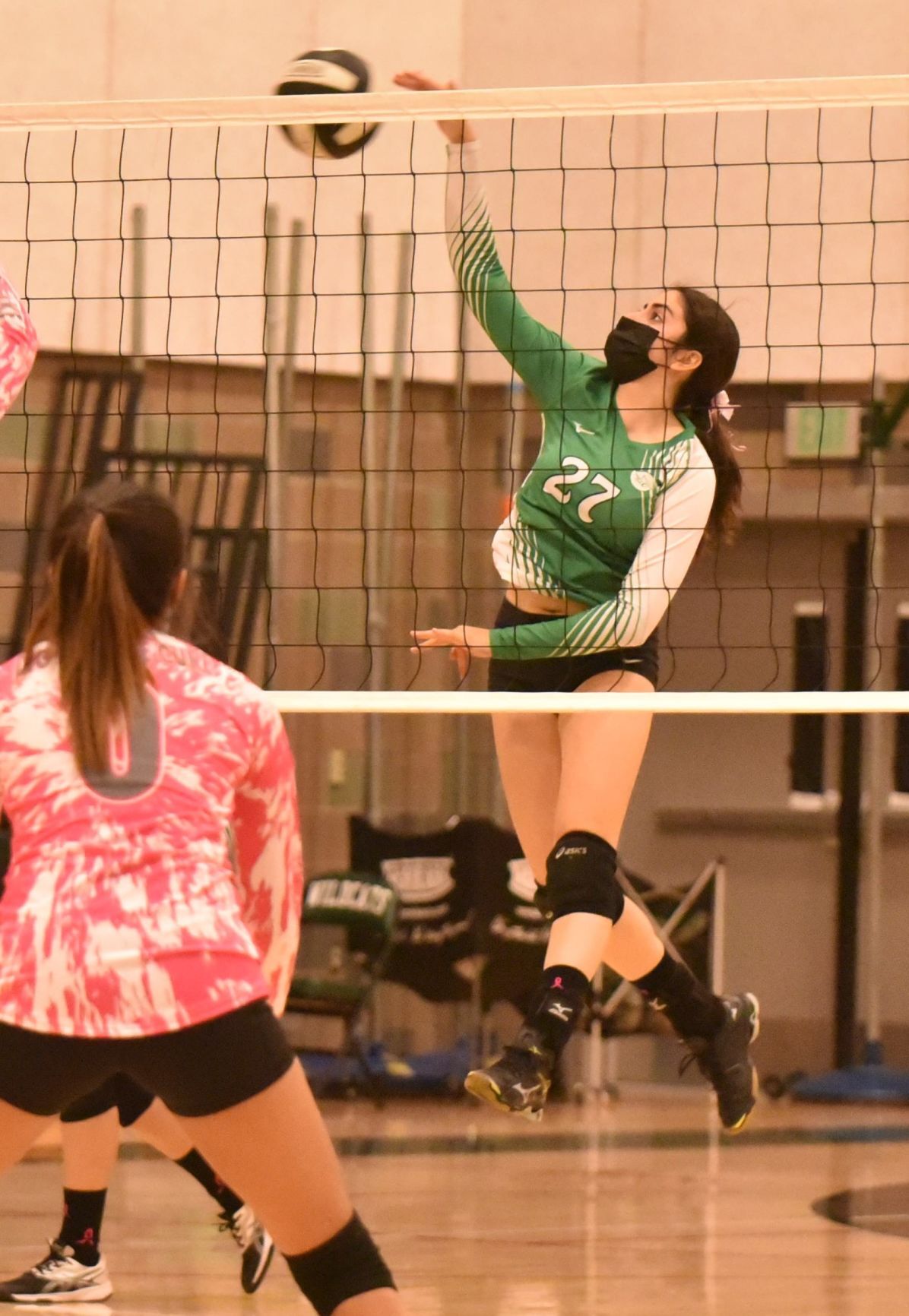 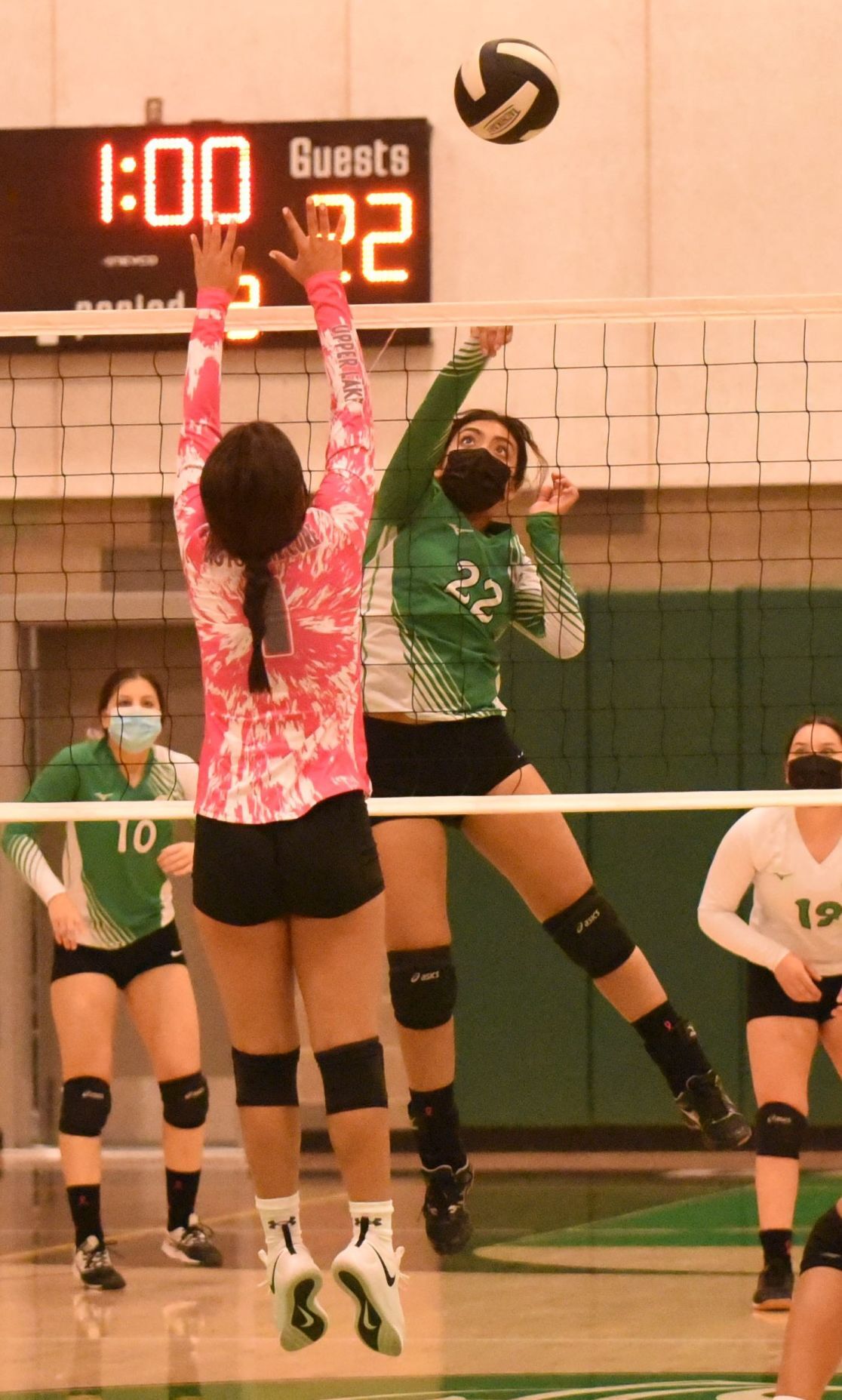 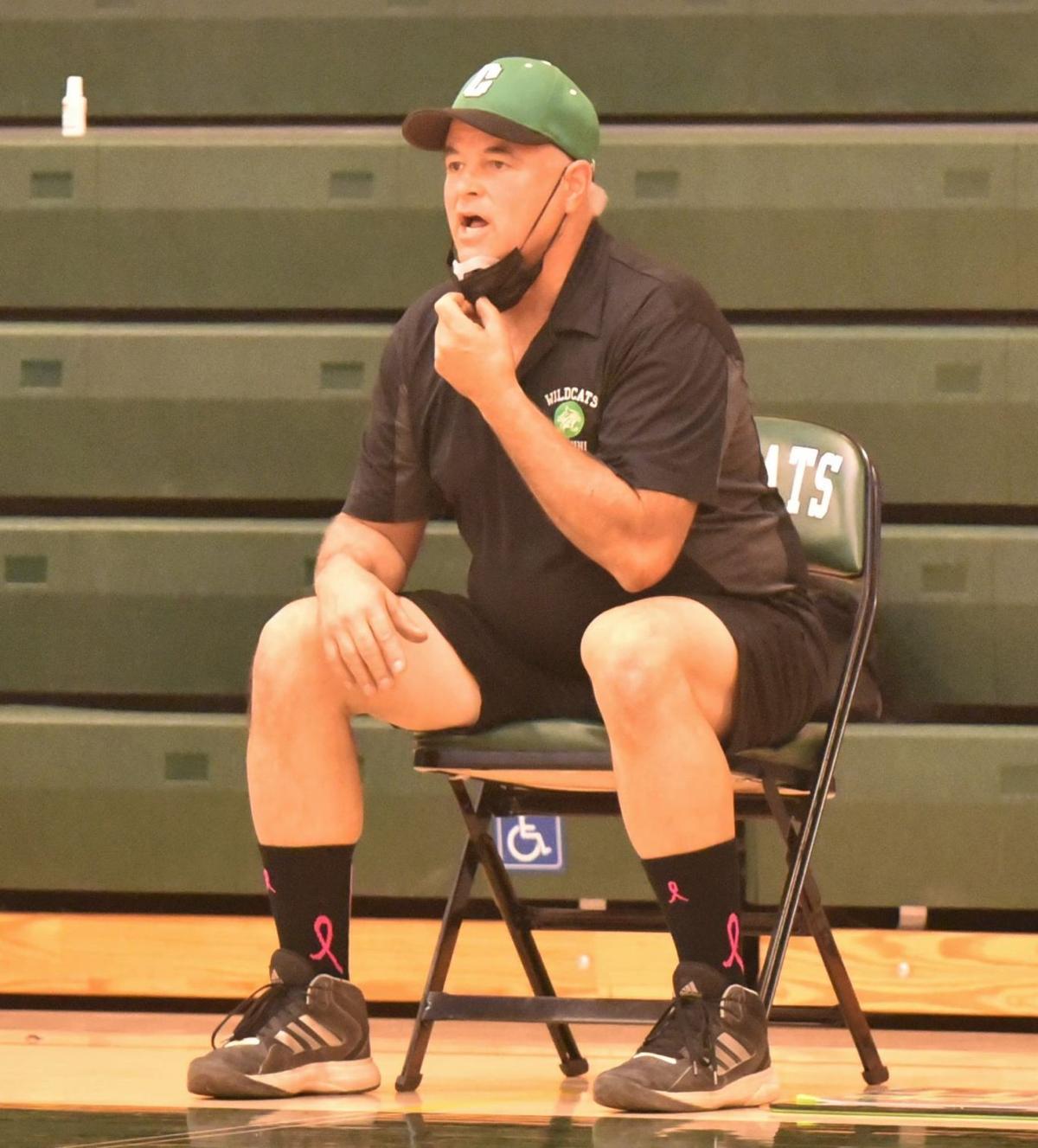 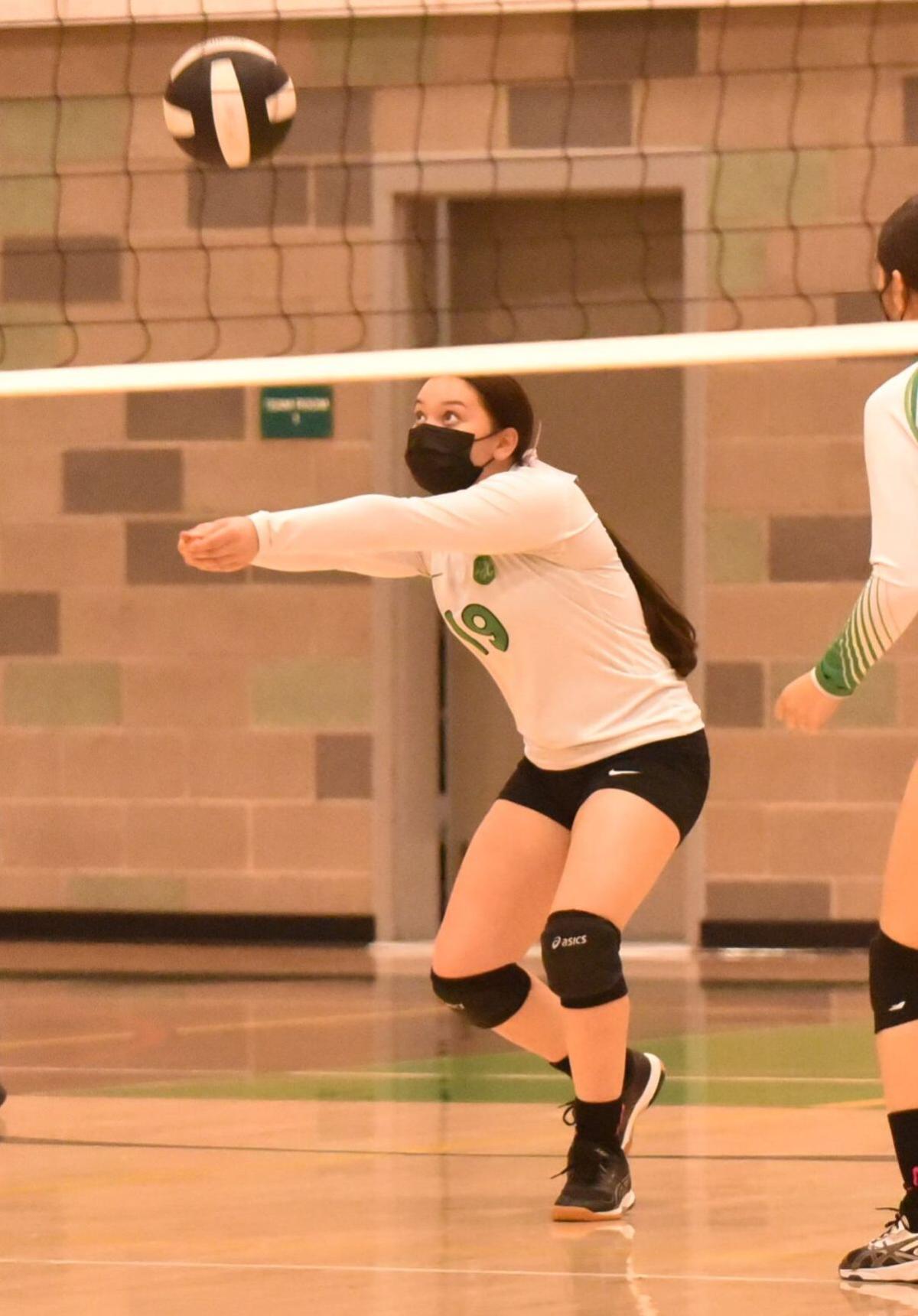 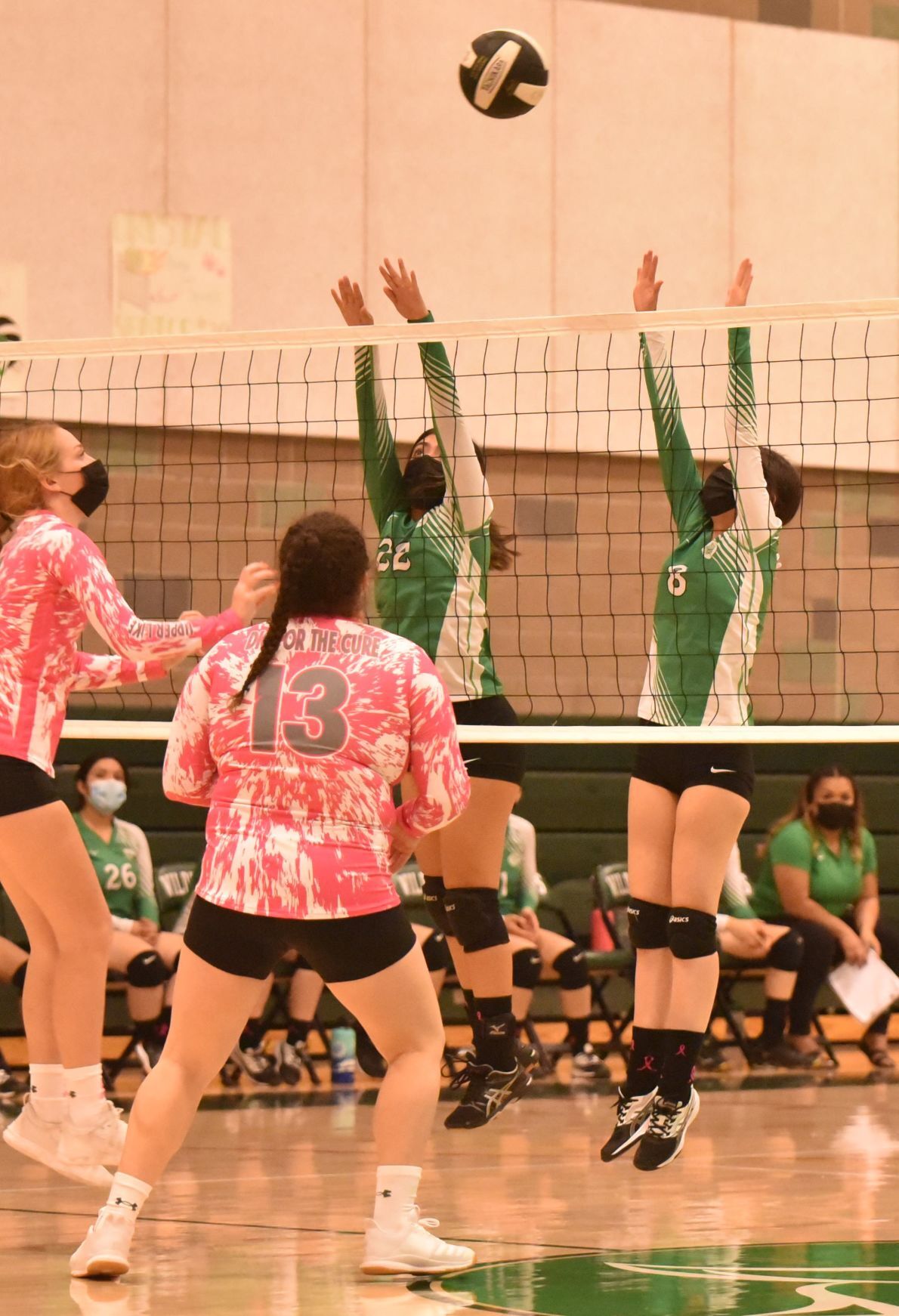 Upper Lake hits the ball over the double block of Calistoga's Arisbeth Jacinto (22) and Daniela Avina (8) on Tuesday night. 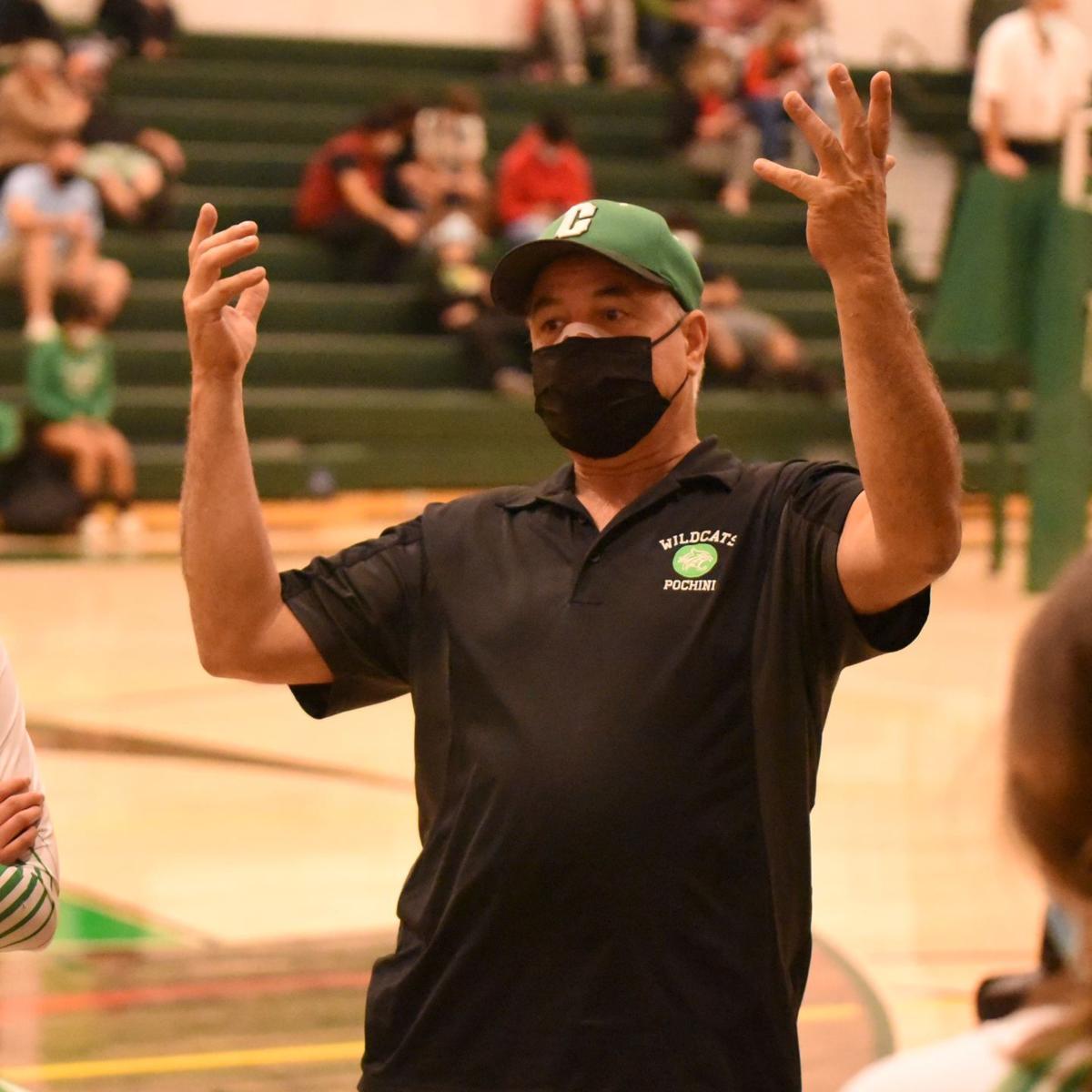 The Calistoga High volleyball team began the second half of its North Central League II schedule by showing how much it’s progressed during the course of its first season in two years.

Hosting a hard-hitting Upper Lake squad they had lost to in four sets on the road in September, the Wildcats stunned the Cougars by winning the first set in dominant fashion Tuesday night.

Calistoga’s win in the opening set seemed almost easy compared to how the next three games played out. Upper Lake (10-5, 7-1 NCL II) turned up the gas and both teams played fast and hard. In the last two games, both teams played hard enough to win as both sides rallied back and forth for every point.

The strength and spirit of both teams was very impressive.

“Losing felt (not too heartbreaking). We’ve come really far with this team, coming back from COVID and everything, and these girls are exceptional,” said senior Andrea Villasenor. “Tonight felt like ... it was just us six working together and it felt really nice. The setters are really good hitters and setters and when they come to the front row it’s all hands on deck and we see how we can get the ball over the net.”

The fourth-place Wildcats (6-5, 3-3 NCL II) had a two-match league win streak snapped, but should be able to bounce back if they take care of business at winless Tomales at 5 p.m. Thursday.

“Honestly, the game today was amazing. They played amazing,” Calistoga head coach Lluliza Argueta said. “They were communicating. They started off strong and they ended strong. I felt there were (fewer) mistakes compared to other times, and they made up for all those little mistakes. They were covering, they were hitting, there were a lot more sets this time, and I’m very proud of them. They’re getting off the net when they’re supposed to get off the net. They did amazing. Their hitting was amazing and their receiving was amazing.”

There were several long rallies, despite the Cougars having hitters who could flat-out smash the ball.

“That’s what I like seeing. They don’t give up at all,” Argueta said of her Wildcats. “They keep playing and fighting until the end.”

Robert Covey may have been a modern day student-athlete, but his mindset and work ethic utter the word throwback.

While the Calistoga High boys team pushes toward a high seed in the North Coast Section playoffs, the Wildcats' girls are young and building for future success.

The St. Helena High School Athletic Hall of Fame’s newest members will be inducted during the dinner at Native Sons Hall on Saturday, Oct. 23.…

Calistoga's Catalina Garcia makes a diving save against Upper Lake on Tuesday night.

Upper Lake hits the ball over the double block of Calistoga's Arisbeth Jacinto (22) and Daniela Avina (8) on Tuesday night.