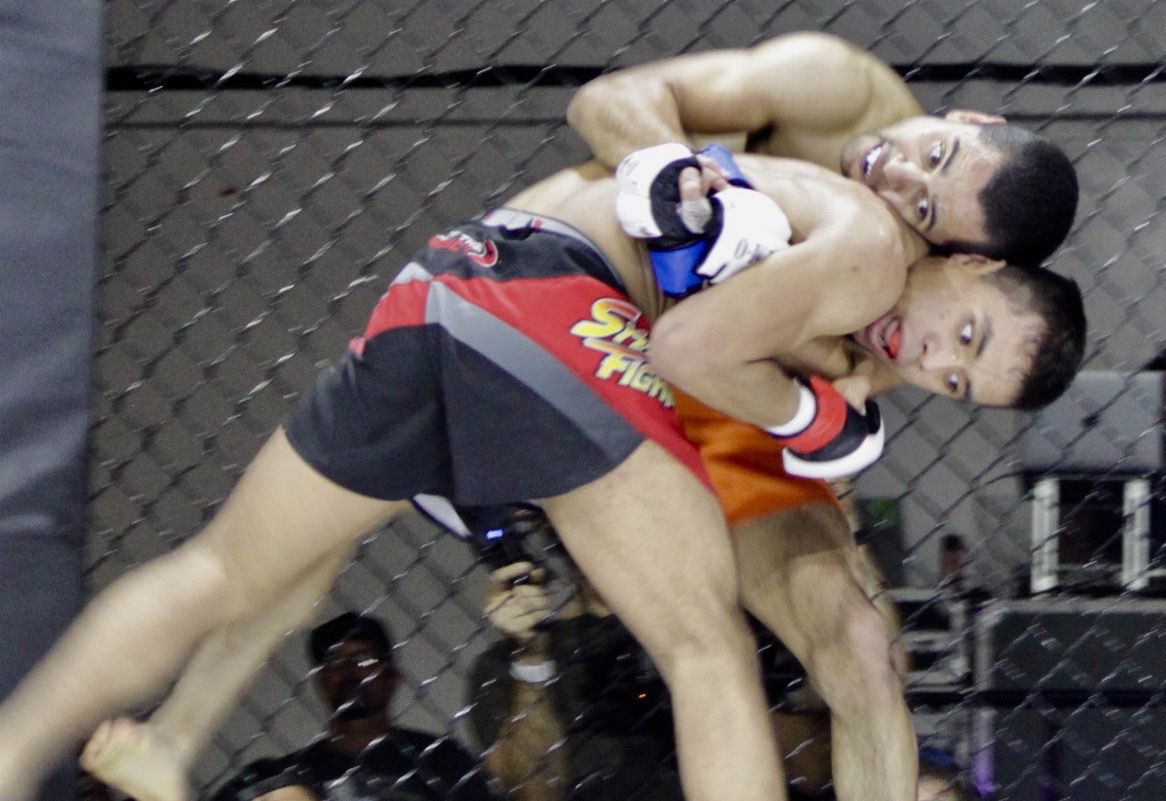 Edwin de los Santos and Marques Jones grapple for advantage in their match, which was eventually won by de los Santos on Saturday night at Napa Valley Expo's Chardonnay Hall. 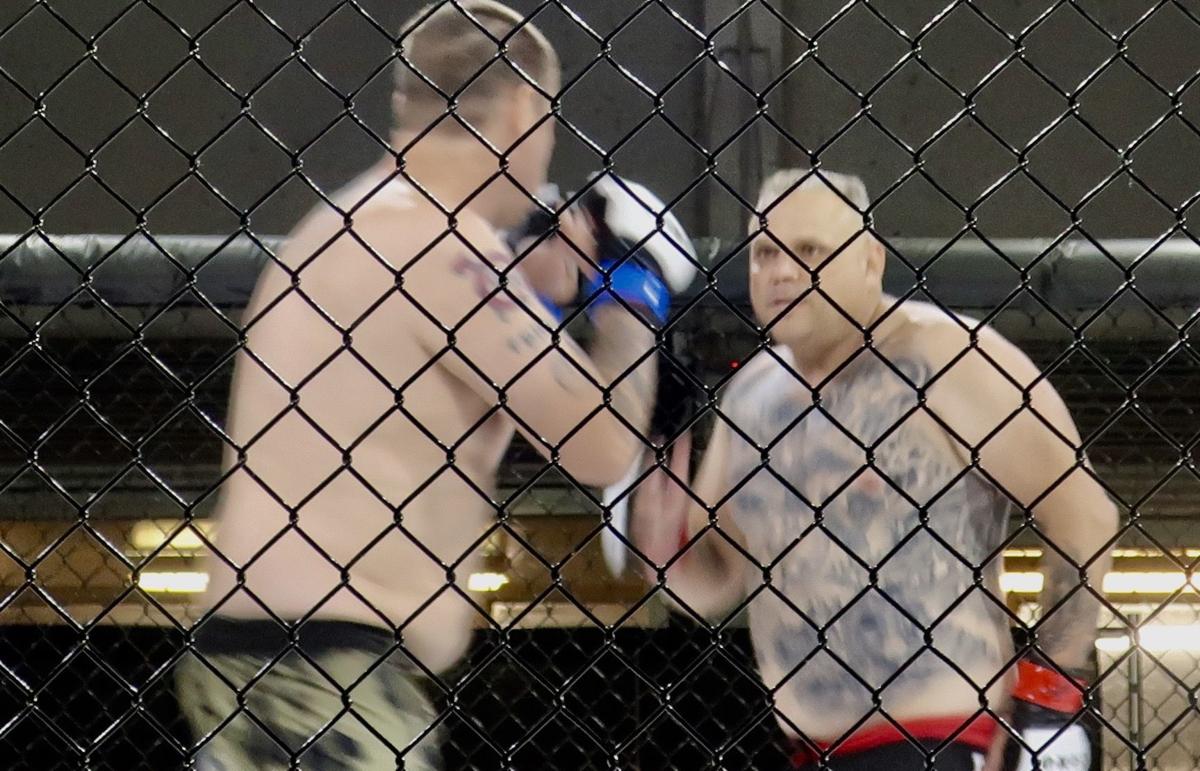 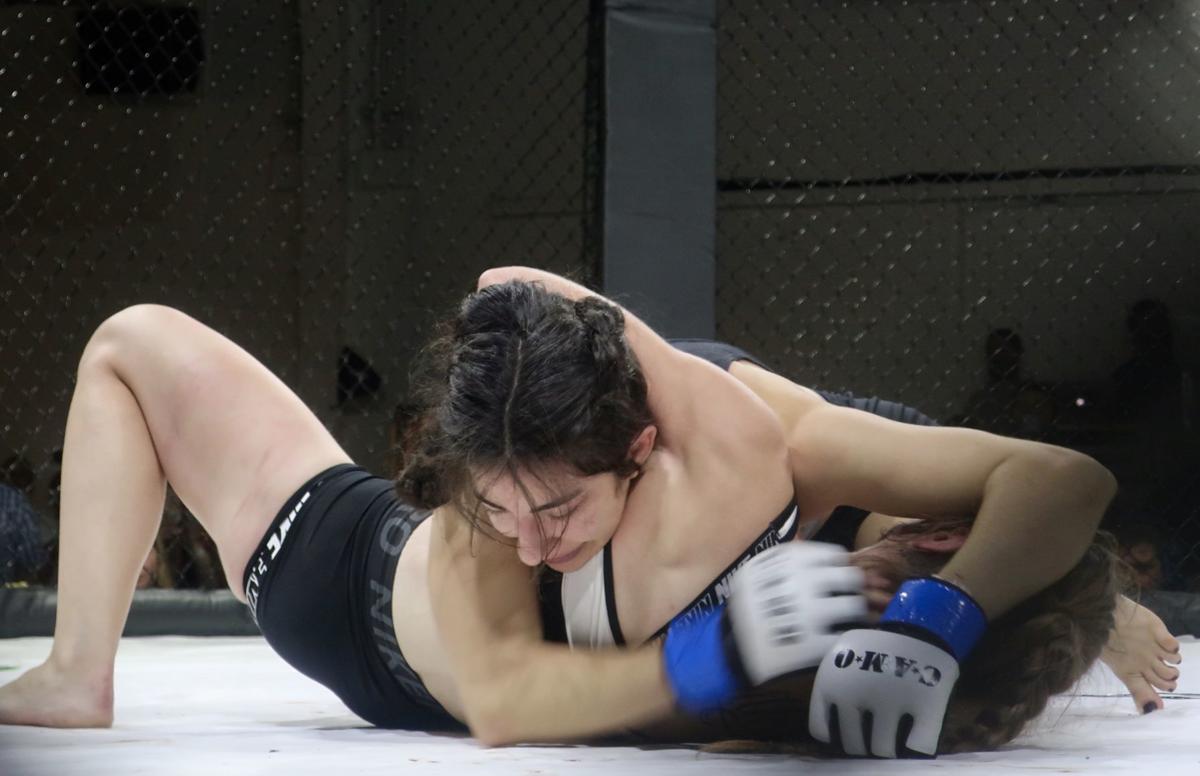 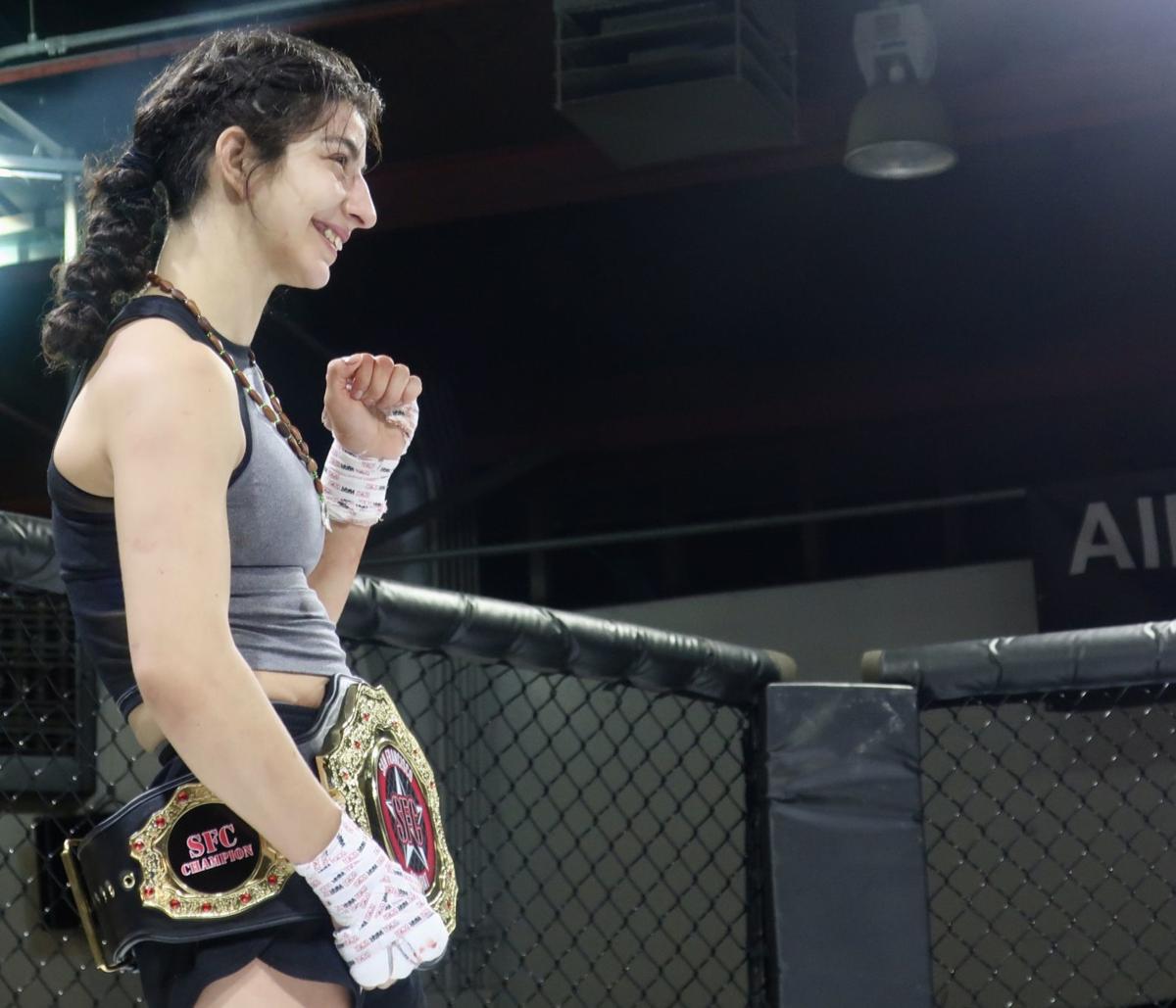 In most mixed martial arts bouts, it’s the big knockouts that get people out of their seats.

The 10-fight card was the fifth MMA event in Chardonnay Hall organized by Napa’s Steve Barnett, who promoted the first four events as Bay Area Combat before forming SFC with Ashanti Altovese Griffin.

The big blow of the night belonged to the biggest (265 pounds) and oldest (50) fighter on the card, Edward Lawson of Manteca. Lawson, who trains with Team Voodoo in Modesto, sent opponent Nicholas Avner to the floor just 28 seconds into the first round with a thunderous right hand that ended the fight.

“I’ve been with them about 18 months and I’ve I have to be honest, they took me out of drug rehab program and started training me at the age of 48,” admitted Lawson. “We all have good days and bad days. This was a good day for me and not so good for him. I’m just trying to stay in shape, which is a challenge at 50 years old. I have no grand illusions. I just want to keep fighting.”

Another first-round knockout was registered by Stockton’s Geoffrey Stovall, who KO’ed Vallejo’s Sean Foster to win the 205-pound SF Combat Belt title belt just 52 seconds into the first round.

“This was the second belt I’ve won. The first one was about three years ago with 5150 fights,” shared Stovall. “We had a string of bad luck after that, so I took a couple years off to straighten everything out. This was my first fight back after that hiatus, but we never stopped training and we never stopped working. I credit the knockout to my coaches. I came to them as a blank slate.”

As for what comes next, Stovall said he was planning to take little break before returning to the ring.

It’s always popular with the fans when the ladies climb into the ring and have at it, and Saturday night was no different. Katarina Legoretta of Stockton won the inaugural 115-pound SF Combat Title Belt with a hard-fought TKO over Sacramento’s Valerie Thurs.

She said her uncle helped get her into mixed martial arts fighting, but that her mother was a little more of a tough sell.

“She didn’t want me to do it at first, but I really liked it,” said Legoretta.

The other title belt handed out Saturday night went to Edwin de los Santos in the 135-pound weight class. After a slow start, the San Jose native came on strong in the second two rounds and recorded a unanimous win over the Bay Area’s Marques Jones.

— William Fassaha of San Jose defeated Alexis Betancourt of Napa with a TKO 26 seconds into the first round.

— Derrick Hughes of Vallejo came back strong to record a unanimous decision after being flattened early in the first round by opponent San Turner of Woodland.

— Christopher Ryan Fernandez, a 155-pounder from Pinole, spent most of his fight pounding William Varner Oakland with relentless right hands. Fernandez was eventually awarded the fight by TKO 52 seconds into the second round.

— Anthony Beal of Vallejo TKO’ed Rocky Batten 1 minute, 34 seconds into the first round courtesy of a chokehold.

— Fairfield’s Chistopher Thurlo won his 185-pound match in the first round over Brian Neideffer by verbal submission.

— The Bay Area’s Gary Helm won the other bout of the night via verbal submission over Sacramento’s Michael Esterline in the 205-pound class.

Tully Leonard's putback layup with a second left gave No. 2 seed Calistoga a 46-45 win over No. 7 seed Ferndale in the quarterfinals of the NCS Division 6 playoffs.

The Wildcat girls took care of business in the first round while the boys succumbed to a second-half comeback.

“Dreams do come true. It was one of our dreams to win a league championship for Calistoga, and we did it.”

Pacific Union College in Angwin announced on Friday that the school would be adding two new sports — men’s volleyball and women’s soccer — at the start of the 2020-21 school year.

The Calistoga girls basketball team had their 11-game winning streak snapped by St. Vincent in a non-league game on the road Feb. 13.

Edwin de los Santos and Marques Jones grapple for advantage in their match, which was eventually won by de los Santos on Saturday night at Napa Valley Expo's Chardonnay Hall.