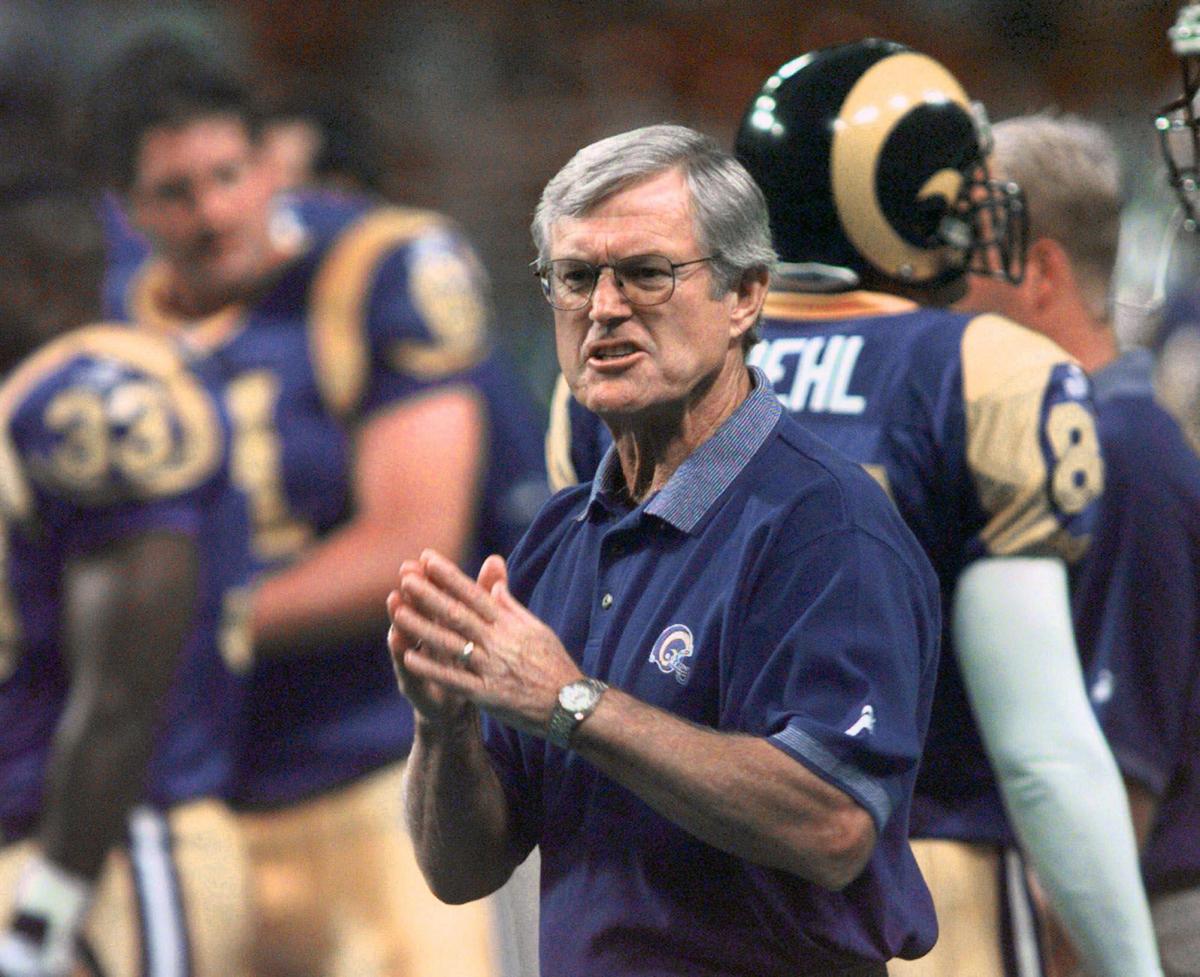 Then-St. Louis Rams head coach Dick Vermeil talks to his players before a preseason game against the San Diego Chargers in St. Louis on Aug. 28, 1999. The Calistoga native is a finalist for the Pro Football Hall of Fame's class of 2022. 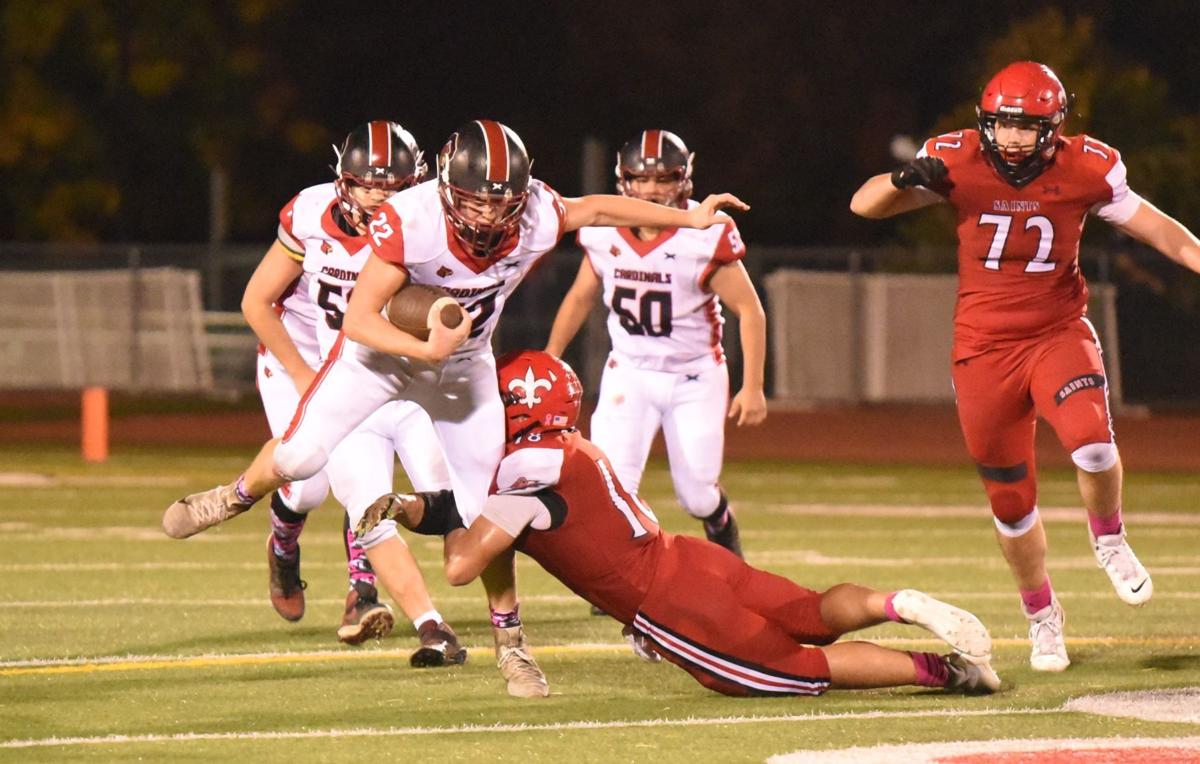 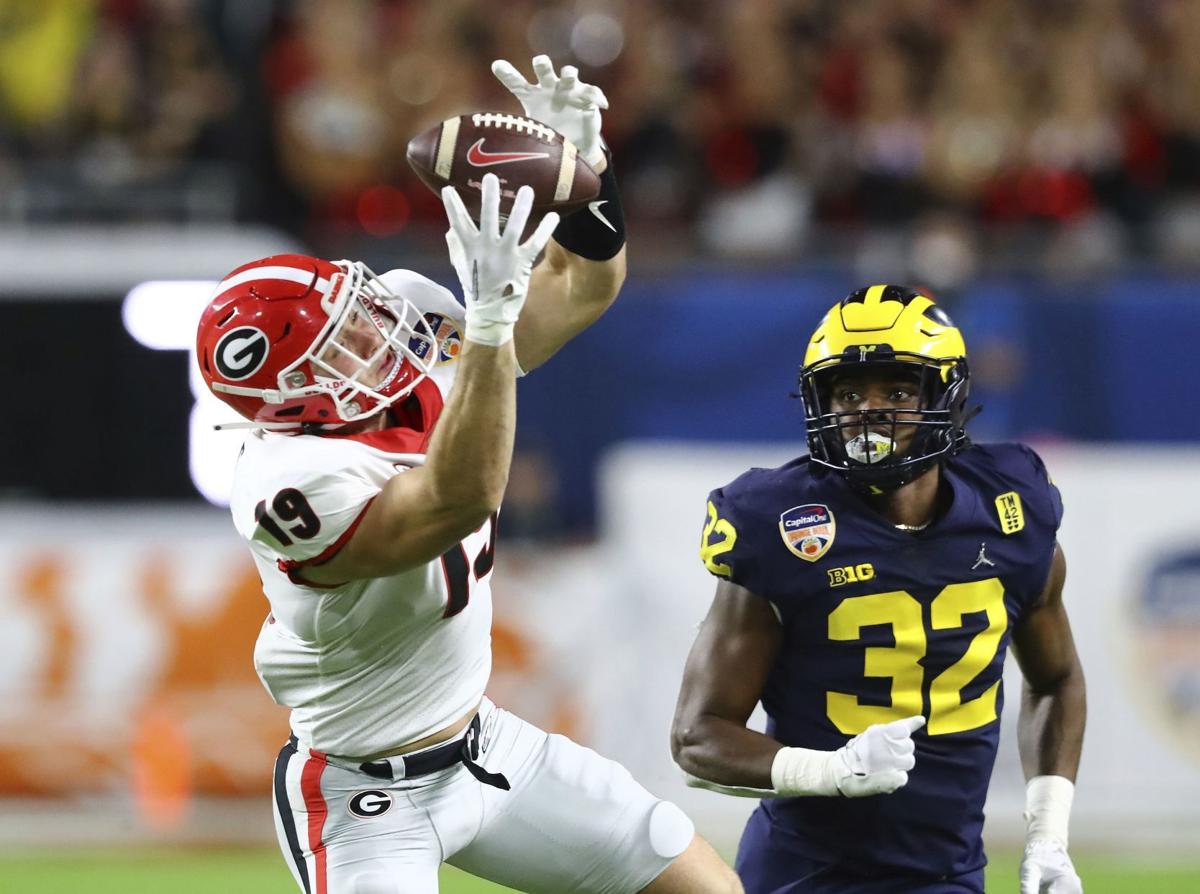 Dick Vermeil, a Calistoga native named NFL Coach of the Year in 1979 and 1999, was named as a coach finalist for the Pro Football Hall of Fame Class of 2022, it was announced in a report at nfl.com on Dec. 30.

It was early on when the University of Georgia was recruiting Brock Bowers that head coach Kirby Smart realized there was something “different” about the tight end from Napa.

“When we recruited him, I thought he was different than a typical freshman,” Smart said during a press conference at the College Football Playoff semifinal at the Capital One Orange Bowl on Dec. 29 at Hard Rock Stadium in Miami Gardens, Florida.

“This was a guy that would put his phone up and go run up a mountain or a hill out in Napa and sprint up the hill and back down the hill and send video of it, like he was wired differently,” Smart said in a transcript at asapsports.com provided by ASAP Sports. “During COVID, we would challenge recruits to send us video of them working out, and he embraced that. Like he worked out every day. He competed every day. He sent video of going to throwing sessions with friends, and you knew right away this guy had some great one-step quickness. Played tailback in high school, could hand him the ball and he could do special things with it.”

Bowers, a 2021 Napa High School graduate, continued his outstanding freshman season for Georgia by leading the Bulldogs in receiving with six catches for 55 yards and a touchdown as they beat Michigan in the Capital One Orange Bowl CFP semifinal game, 34-11, on Dec. 31.

For the season, Bowers has played in all 14 games, with 12 starts, and leads Georgia with 52 catches for 846 yards and 12 touchdowns.

“When you combine good size and speed with great work ethic, you tend to get a good player,” said Smart. “But we felt pretty good that he was a special player while we were recruiting him, and then during the spring he made some flash plays that we knew he was going to be a good player.”

Bowers is averaging 16.3 yards per reception and 60.4 yards per game.

Georgia (13-1) will face Alabama (13-1) in the College Football Playoff National Championship on Jan. 10 at Lucas Oil Stadium in Indianapolis.

The two teams met Dec. 4 in the SEC Championship Game, with Alabama beating Georgia, 41-24, at Mercedes-Benz Stadium in Atlanta.

Alabama head coach Nick Saban was asked during a press conference in Indianapolis on Monday what allowed Bowers to be so impactful the first time the two teams played. He was also asked what he saw from Bowers in the game since Michigan.

“I think this guy is one of the premier players in college football,” Saban said in a transcript from ASAP Sports asapsports.com. “I know he’s just a freshman. But this guy’s got great size. He’s a good blocker. He’s physical. He’s tough. And he's got wide receiver skills in every way, shape or form, which makes it difficult being a bigger guy for bigger guys to cover him and it makes it also difficult for smaller guys to cover him.

“So this guy is just a phenomenal football player all the way around. They do a really good job of featuring his talents, as well. And he’s been extremely productive in a lot of ways. I know everybody always knows the passes he catches, but also a really good blocker and does a good job in his part of executing whatever he needs to do to help his teammates have success as well.”

Bowers has been recognized for his outstanding season.

He was named All-America by:

He was named as the Player of the Year on the All-Napa County team by the Napa Valley Register and was selected as the Vine Valley Athletic League Most Valuable Player in 2019.

Caleb Tremblay of Napa had three total tackles (two solo stops, one assisted stop) for the University of Tennessee in a 48-45 overtime loss to Purdue in the TransPerfect Music City Bowl on Dec. 30 at Nissan Stadium in Nashville, Tenn.

Tremblay, a redshirt senior defensive lineman and a graduate transfer from Southern Cal, played in 13 games during the 2021 season and had 18 total tackles (six solo stops, 12 assisted stops). He had 4.5 tackles for a loss of 11 yards.

Tremblay played at Vintage High. He went on to play for American River College-Sacramento and played in the USC program for three years.

Vintage High’s Louie Canepa was named to The San Francisco Chronicle’s All-Metro team, it was announced in a report at sfchronicle.com on Jan. 1.

Canepa was named second team as an offensive lineman.

Eight players from American Canyon High School were named to the Vallejo Times-Herald All-Area team, it was announced in a report at timesheraldonline.com on Dec. 30.

Named to the team:

The game serves to bring awareness to the 450,000 kids in foster care, according to the game’s website, tricountyallstargame.com.

“The Tri-County All-Star Football Game is the premier high school All-Star football game in Northern California! But this game is so much bigger than a cool game. This game is to bring awareness to the 450,000 kids in foster care.

“Every year our mission is to bring awareness to these kids. The Tri-County game hopes to give them a little dignity. We take part of our proceeds and buy backpacks. While it may not seem much to the average person, this is huge to a foster kid!”

The Tri-County All-Star Game is a Green vs. White game, with players from Napa, Sonoma and Marin counties.

St. Helena High is No. 8 in the final Division V state rankings, announced by CalHiSports.com at calhisports.com on Dec. 20.

Upvalley Sports in 2021: Many happy returns for teams

It was quite a return to play for Calistoga and St. Helena high school sports in 2021. Most teams showed little rust despite having been idle …

Many head coaches don’t believe in moral victories, but Michael Escobedo had to chalk one up for his winless Pacific Union College men’s baske…

The Calistoga High boys basketball team dominated the middle quarters in a 54-29 North Central League IV rout of visiting Tomales on Tuesday night. Earlier that evening the Calistoga girls fell to Tomales, 35-17, getting a team-high seven points from Grace Galindo but also scoring no more than seven points in any quarter.

Then-St. Louis Rams head coach Dick Vermeil talks to his players before a preseason game against the San Diego Chargers in St. Louis on Aug. 28, 1999. The Calistoga native is a finalist for the Pro Football Hall of Fame's class of 2022.