Prolific Prep opens its season at this weekend's Border League Showcase in the Las Vegas area, starting with Hoop Nation at 6 p.m. Friday at Coronado High in Henderson, Nev.

One familiar face back on the Napa campus is Billy McKnight. The Crew’s inaugural coach has returned to the same position after a two-year stint as the head coach of the United States Basketball Academy in Blue River, Oregon. During his time in Oregon, McKnight coached 2023 No. 2 prospect Jalen Lewis, who recently was at Bishop O’Dowd in Oakland and this year signed a professional contract with the new Overtime League. Last year's head coach, Mark Phelps, is now in Arizona coaching a postgraduate team.

“I spoke with Phil (Doherty) and Jeremy (Russotti),” McKnight said of Prolific Prep’s founders and co-directors, “and they said ‘Hey, we’d love to have you back,’ and I said ‘All right, let’s do it.’ It had just come up that my two years in Oregon had just finished and unfortunately my boss up there passed away. I was looking for something, a basketball coaching job this next year, and of course we’ve got a great relationship going back a number of years. I was here for four years and I’m excited to be back. We’ve got a good team this year.”

There has been sizable turnover in the program since last year, between graduations and players looking for different opportunities, but the Crew always reload. Two main carryovers from last year's team that made it to the prestigious GEICO Nationals tournament are five-star recruit Adem Bona and three-star player Jordan Pope.

Bona is one of the more unique prospects in the 2022 class, as the Turkish national is ranked as the 10th overall player and with his 6-10 frame has the potential to make a major impact at the next level. The power forward, who currently sports offers from Kentucky, UCLA, Kansas, Arizona State, the G-League Ignite and many more, has a rare combination of athleticism and power. Bona recently returned from the U19 FIVA Basketball World Cup.

“My offseason has been a lot,” Bona said. “I went back to Europe and I played at the FIBA World Cup for the under 19’s for the Turkey National team. We did pretty OK. We didn’t live up to expectations, but we did pretty good. I came back for a little AAU and then I went to the NBA top 100 camp. I have been working all summer. I think my summer was really good and it has impacted my game in so many ways.

Pope is the Crew’s longest-tenured player, with this being his third season at Prolific Prep. The point guard transferred after his freshman season at Freedom High in Oakley. The 6-foot guard has become a true floor general on the court and, though he isn’t the first name people select when talking about Prolific Prep, he’s built himself into a college point guard and has the potential to be a real steal for whichever program he plays for next season. Pope has offers from Wichita State, Nevada, New Mexico, San Francisco, Montana and UC Riverside.

“It feels good to be back,” Pope said. “This season is gonna be obviously a little different than last year because, you know COVID has eased up a bit, so it’s gonna be a lot more travelling. So this year I think we can do something great. We got a lot of talent, a lot of seniors that have been to multiple places and experienced a lot of different things, so it should be fun.”

Prolific Prep attracts some of the top players in the country each season, and this offseason was no different. Dior Johnson is the highest rated recruit this season, the Oregon commit currently sitting at No. 14 overall for the 2022 class and No. 1 among point guards in high school basketball. The 6-foot-3 guard is lightning-fast, glides through the lane with ease, and has shown an ability to score at a high rate. Johnson has many similarities to where Damian Lillard was at during his senior season at Oakland High a little over a decade ago.

Joining Johnson this year will be fellow five-star MJ Rice, a type of player the Crew have never had on their roster before. Rice is a 6-foot-5, 225-pound small forward, but in another life would be a defensive end in the NFL. The North Carolina native is built more like Zion Williamson than an average high school player and much like the New Orleans Pelicans power forward, Rice uses his size to his advantage. No lane is safe this season from Rice crashing down at high speed on a fast break. Rice will play next year under Bill Self at Kansas and is rated as the No. 25 overall player in the 2022 class.

“It is great just to come into a new area, new background, new teammates and brothers and coaches and clan style, everything is nice. I'm just trying to adapt to it. I'm just trying to be the best version of myself,” Rice said. “We've been playing up ever since we were young, just me, Tre (White) and Dior. I’ve been on them since I was in sixth grade and we all grew up together and we’ve been planning to play with each other. So we kinda know each other, but I think the main reason the three of us are here is to help everybody else. We be the leaders on the team, be the big brothers for these guys, and teach these lemons what they need to know.”

The last high-profile player for the 2022 class is White, as the senior was a late addition for the Crew. White’s former school, Ribet Academy of Southern California, announced in early August it would be shutting down the boys basketball program at its tiny private campus just north of Dodgers Stadium. White is ranked by ESPN as the 35th overall prospect in the class and 11th best small forward. The 6-foot-5 senior has a quick release and the speed to be a pain for opposition on offense and defense. White is currently unsigned and holds offers from Kansas, LSU, USC, Texas Tech, Arizona, Auburn and many others.

“Some of the seniors we have coming in, like Dior Johnson, Tre White and MJ Rice, all three of those guys are top-ranked players in the country. So when we add them to the mix with Adem (Bona) and Jordan (Pope), we got a chance to be really good,” McKnight said. “The thing is there are quite a few teams this year that have a lot of talent. We aren’t the only ones in the country with a lot of talent, so how well do we play together? Do we get along on the court and off? Do we play unselfish basketball? All that stuff is really going to be the determining factor on how successful this year is as far as wins and losses.”

A few other names that will make an impact for Prolific Prep this season are 2022 Mor Seck, 2024 Zion Sensley and 2024 Dink Pate. Prolific Prep rarely pulls in players from the Bay Area, as they usually pick up athletes from all over the globe, but Seck and Sensley are two exceptions. Both played for Archbishop Riordan of San Francisco last season and helped the Crusaders to a 14-4 record. Seck is a 7-foot center who has offers from Kansas and UC Santa Barbara, while Sensley has an argument that he was the top player in the Bay Area last season. The current sophomore played major minutes as a freshman and is ranked by ESPN as a top 30 player for his class.

“This is big time,” Bona said. “To play with all the top talent in the country on the same team is gonna be great. We have added a lot of power and speed to this team. We got MJ, we got Dior, we got Tre White, and I feel that it is really amazing playing with them and playing with the guys who were already here. We already have those bonds from last year and this is gonna be great.”

Pate, who is from Dallas, is a combo guard pushing near five-star status as a freshman. The 6-foot-6 athlete made a name for himself with some late game-clinching heroics and has impressed during the summer offseason. Pate will have the advantage of battling Johnson, White and Pope during practice each day to push him past his limits.

Prolific Prep will be swimming in airline miles this season. The Crew will start their season this Friday through Sunday in Las Vegas at the Border League Showcase exhibition. The team will also make stops in Tennessee, Kentucky, Texas, South Carolina, New York and Georgia, among other places.

“Everybody out there that’s going to be tuned into Prolific Prep, we got something big coming,” Rice said. “Stay tuned. Keep doubting us and everything like that. We gonna prove you all wrong.”

The Detroit Pistons selected Oklahoma State’s Cade Cunningham with the No. 1 pick in the NBA draft Thursday night.

The top-seeded St. Vincent de Paul football team opened the second half with 24 unanswered points to pull away from No. 2 seed St. Helena in the North Coast Section Division 7 championship game Saturday night at Petaluma High.

DANVILLE — Two years ago, the Calistoga High boys soccer program squared off against Anthenian of Danville in the semifinals of the North Coas…

Less than a month after getting shut out and trounced by the same opponent in Boonville, the Calistoga High boys soccer team pulled out a 2-1 …

The Carpy Gang youth football organization began with a sandlot baseball game between Ursuline Academy and a St. Helena elementary school in 1936. 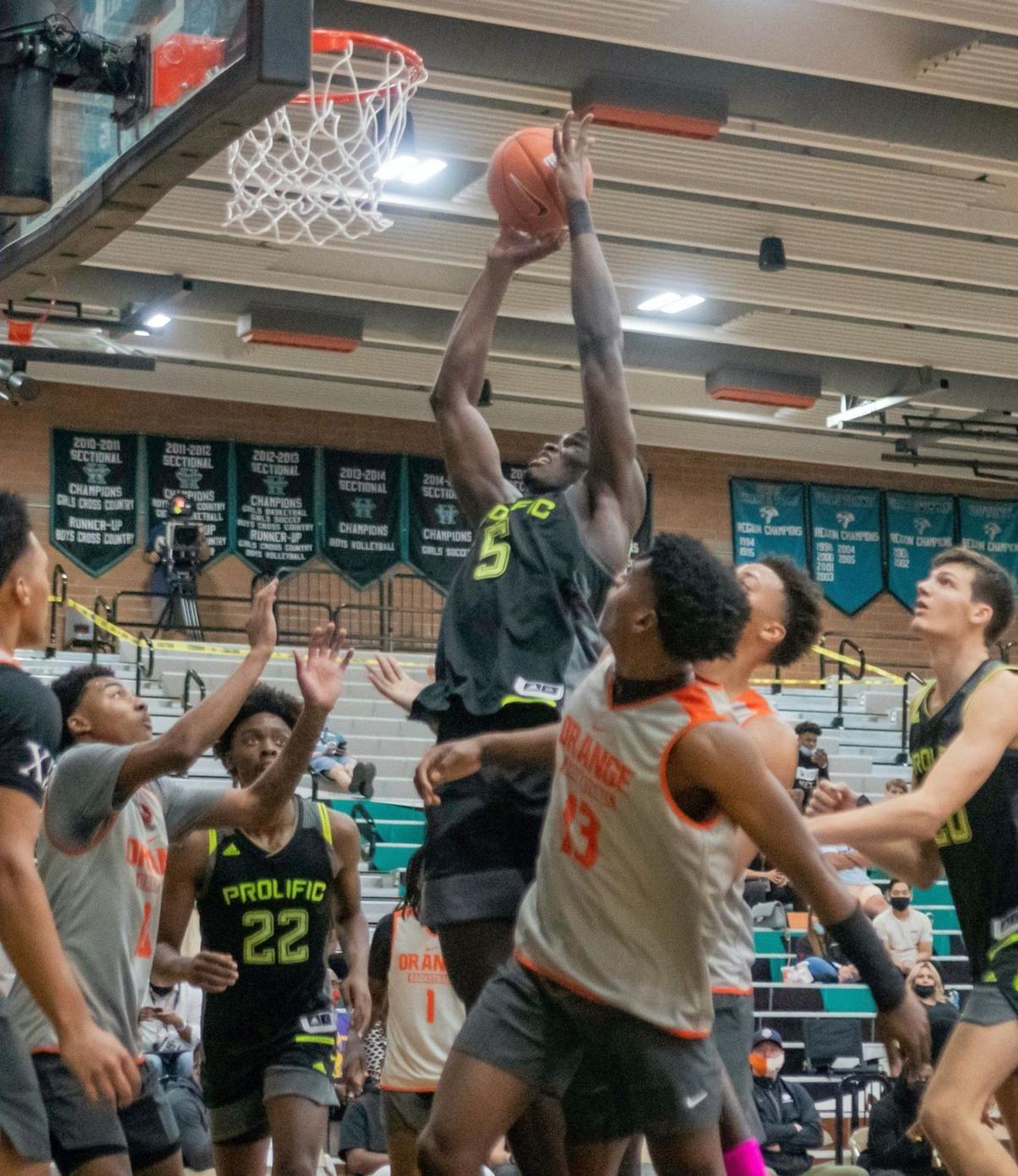 Prolific Prep's Adem Bona (5) grabs a rebound against the Big Red team from Mater Dei in Phoenix on Oct. 23, 2020. 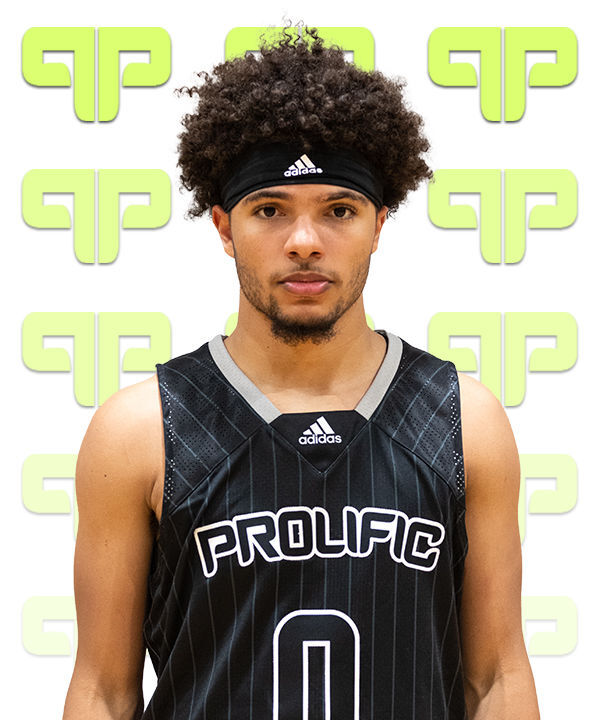 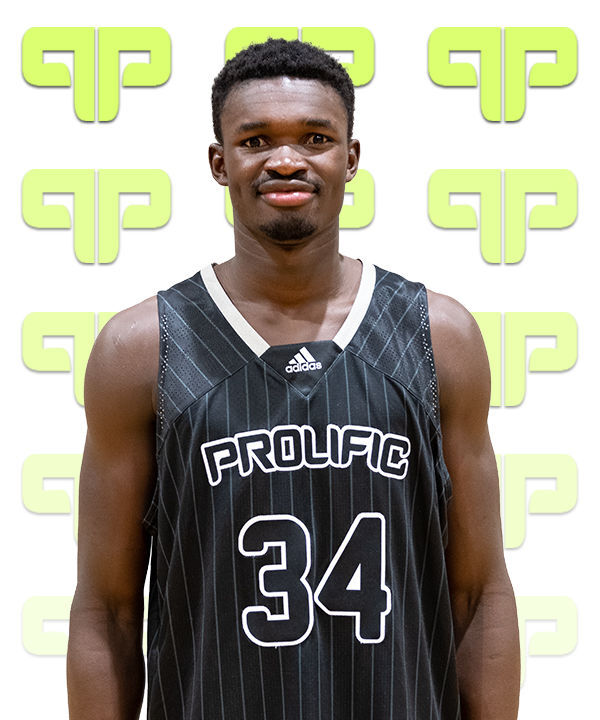 Adem Bona, a 6-foot-10 center, returns for his senior season with Prolific Prep of Napa Christian. 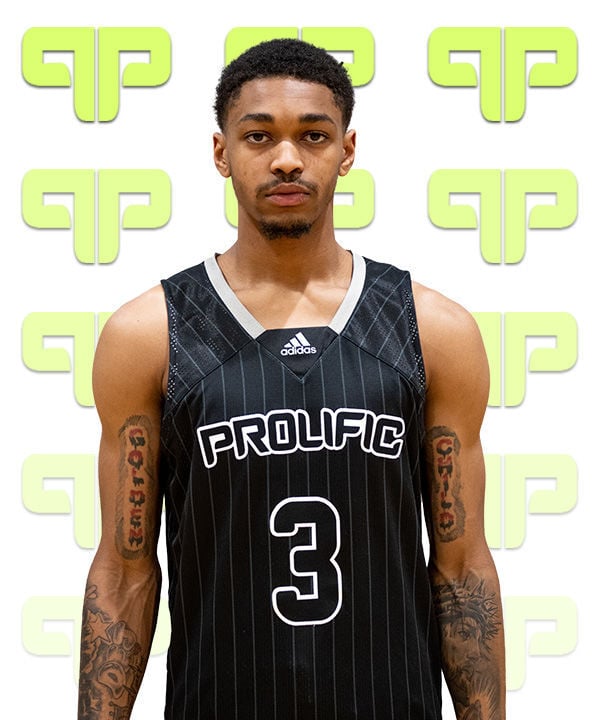 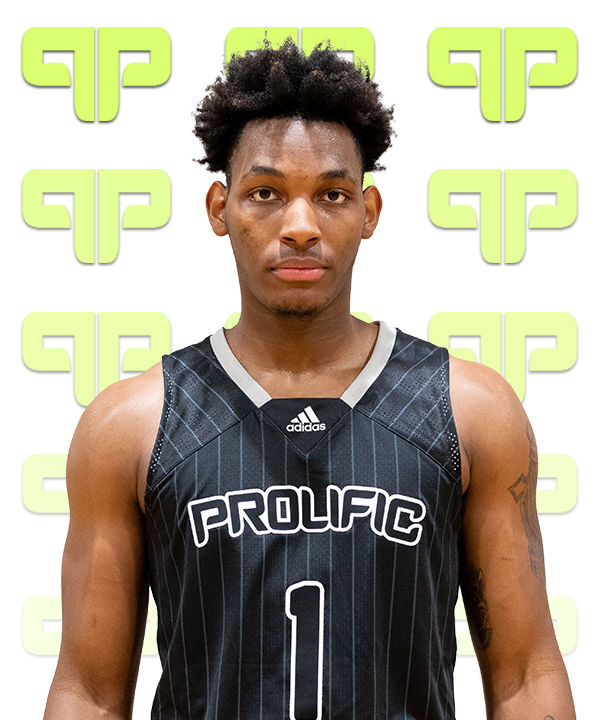 MJ Rice is a 6-foot-5 senior for Prolific Prep of Napa Christian. 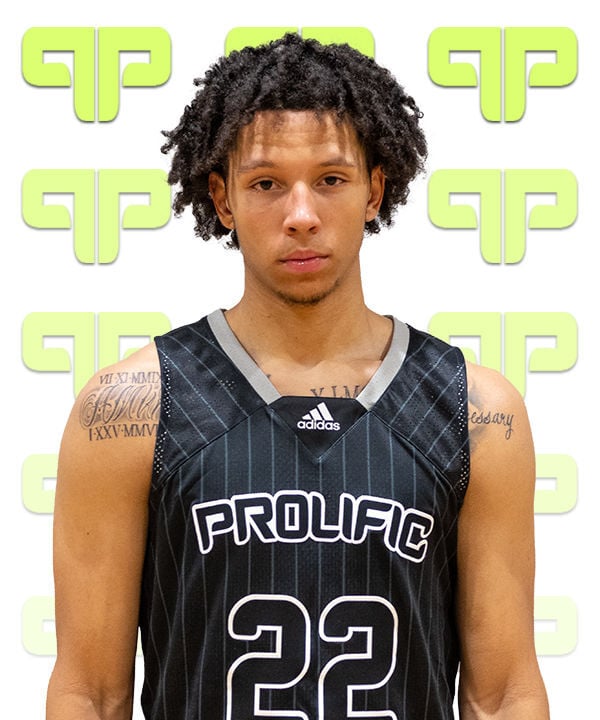 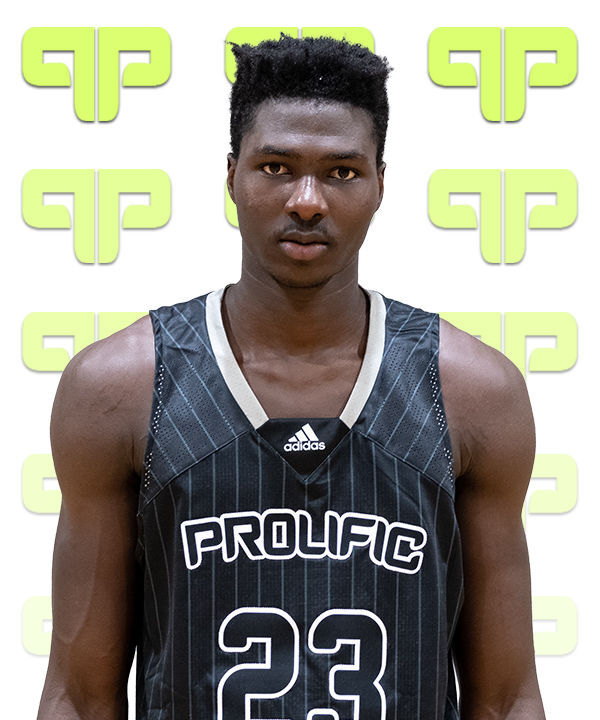 Mor Seck is a 7-foot senior center for Prolific Prep of Napa Christian.