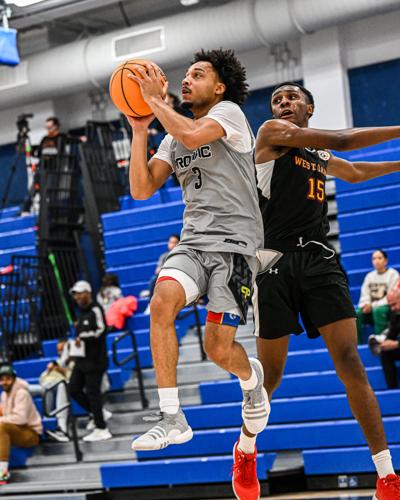 All proceeds will benefit the school’s softball and baseball programs.

Wiffle Ball is a variation of baseball and softball. Three players — one pitcher and two fielders — defend a cone-shaped field that is marked with specific distances for singles, doubles, triples and home runs.

There is no baserunning. Runs are scored after the appropriate number of bases are accumulated to score a run. For example, two doubles equals one run with a runner on second base.

The tournament is open to any competitors of high school age or older. The entry fee is $175 per team. Each team must have a minimum of three players and a maximum of five.

Checks should be made payable to SHHS Softball & Baseball. Visit forms.gle/WdTADa8qaTH28Tgx8 to register. The deadline is Friday, Feb. 3.

Some of the best high school players and teams from around the country will compete.

Prolific Prep was No. 1 in the SBLive/Sports Illustrated Power 25 national high school boys basketball rankings of Jan. 2, it was announced in a report at news.scorebooklive.com.

“The undefeated Crew have steadily climbed their way to the top since entering the season ranked No. 6 in the country,” the report said.

Aden Holloway, Trey Green, Michael Nwoko, Yves Missi and Tyran Stokes were recognized in the report for Prolific Prep. Holloway was named as MVP of the tournament and Green and Stokes joined him on the all-tournament team for Prolific Prep, which has since won two more games to improve to 19-0.

According to news.scorebooklive.com, “the Power 25 is a collaboration between SBLive and Sports Illustrated.”

Prolific Prep was No. 2 in the ESPN High School Boys' Basketball Top 25 of Jan. 2, as announced in a report at espn.com.

The Reel Life: Berryessa fish are biting at all depths

Brent Randol writes about people and topics related to the outdoors in the Napa Valley.

Brent Randol writes about people and topics related to the outdoors in the Napa Valley.

Despite rainy conditions, Napa 13-year-old Brooke Gongora carded her third hole-in-one in 17 months on Dec. 29 during the second day of the Ju…

Napa Valley Composite Cycling, a mountain bike team for sixth- through 12th-graders, will hold a free Girls Only Intro to Mountain Biking even…

Alisha Sommer was asked last February, when she was still coaching St. Helena High girls basketball at the junior varsity level, what lessons …

The Calistoga High boys basketball team is off to its best start in 17 years with a 5-2 record as it heads into Thursday’s 5:30 p.m. home game…

CALISTOGA — The lead grew exponentially with each quarter as the visiting St. Helena High boys basketball team overwhelmed Calistoga in a 68-3…