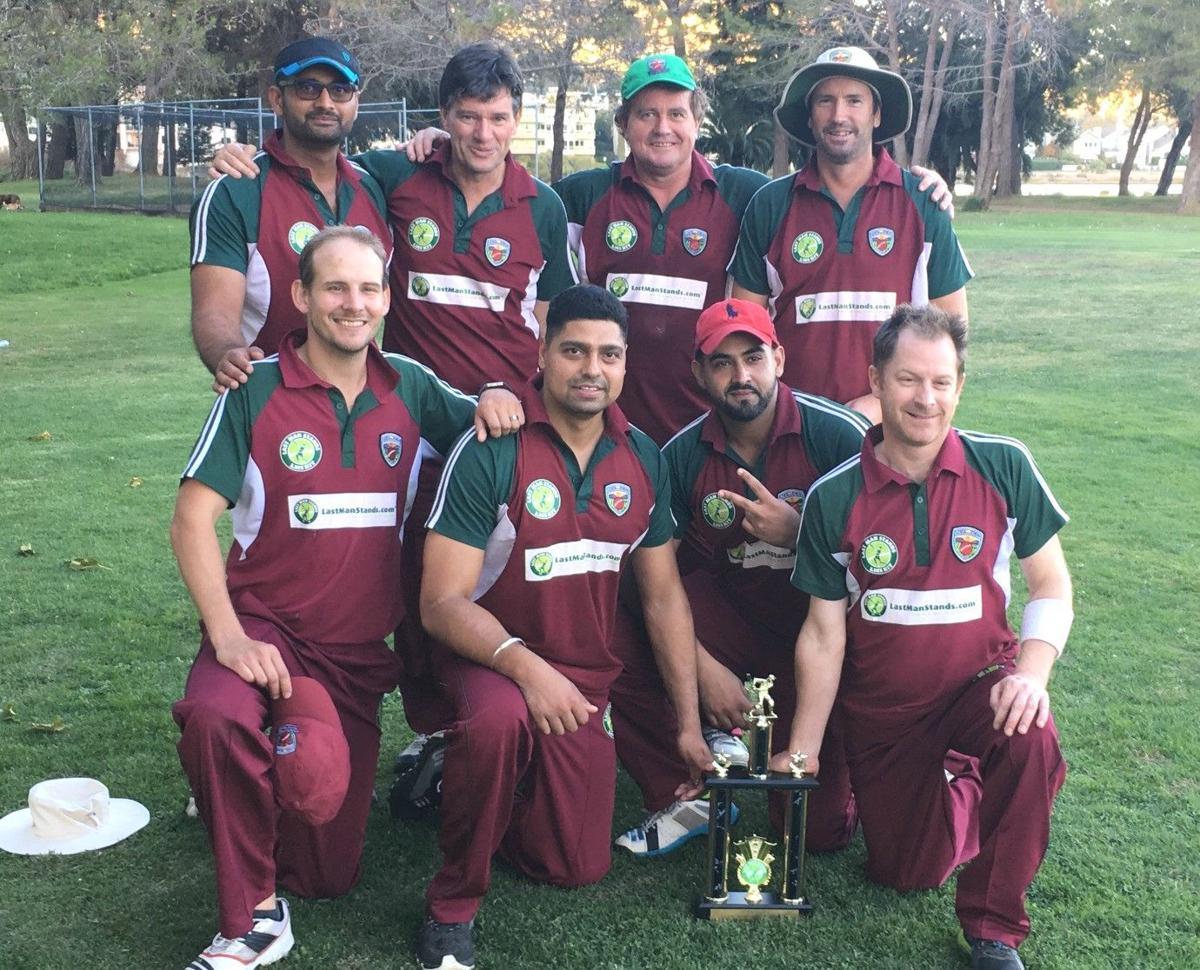 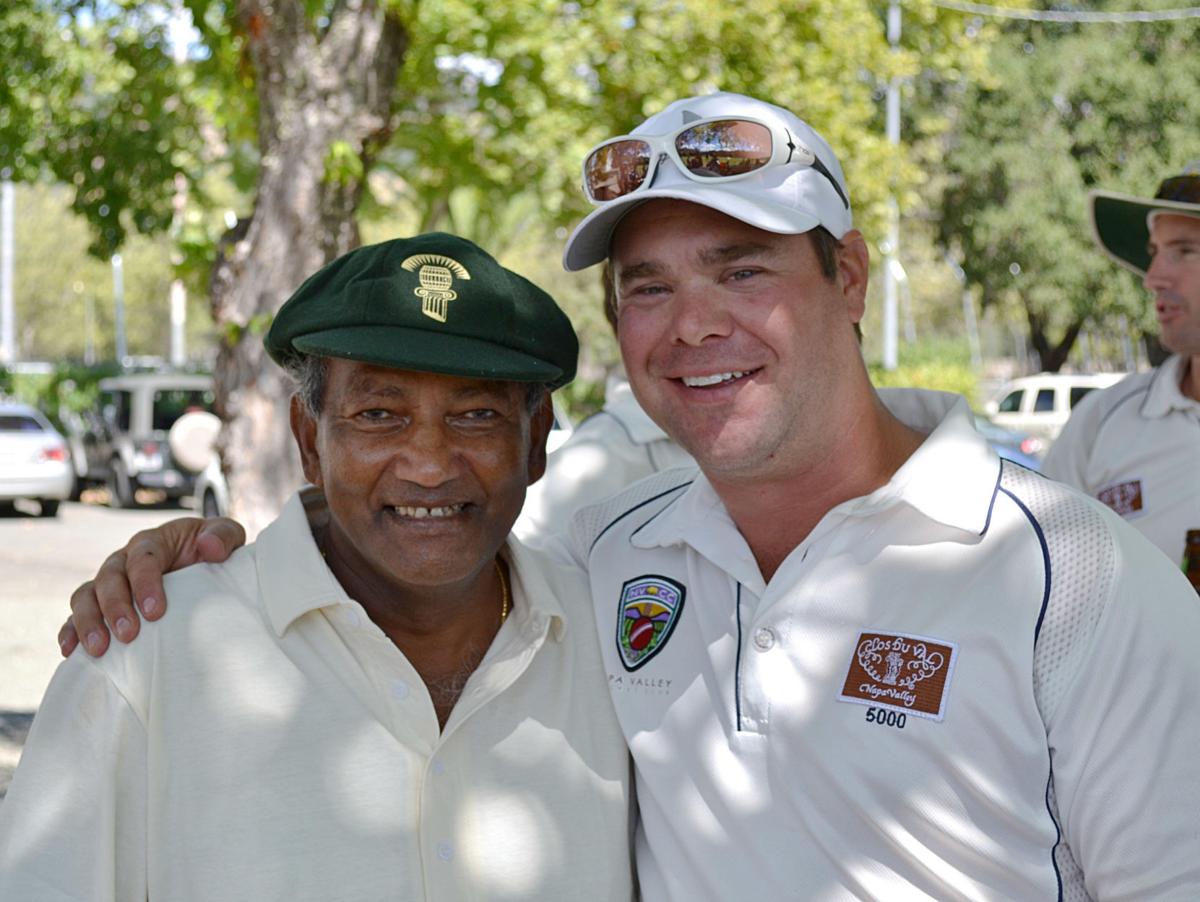 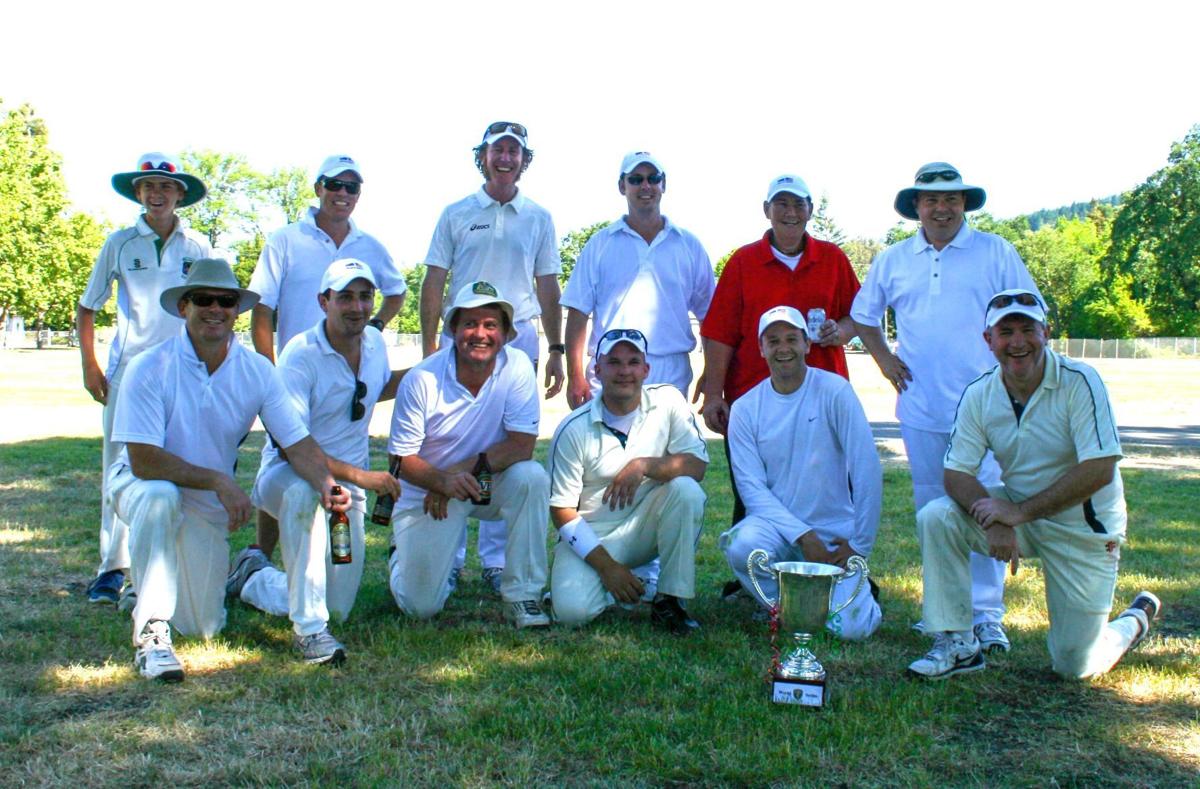 Six members of the 2012 Napa Valley World Series of Cricket winning team, USA-Australia, will be playing for the Founders Team this Saturday, Sept. 25. 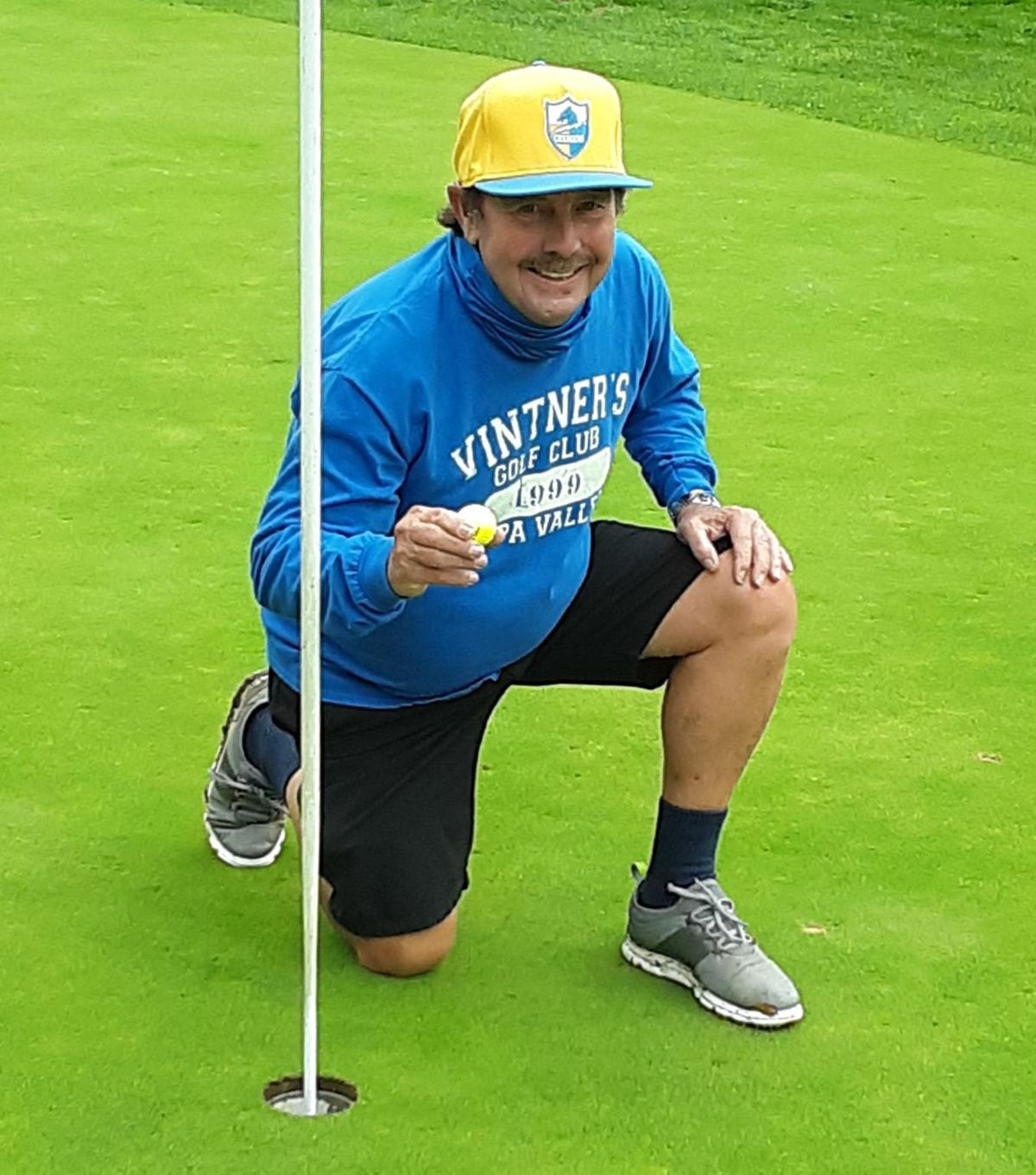 Napa’s Steve Harmon holds up his ball after acing the 135-yard, par-3 eighth hole at Vintner’s Golf Club in Yountville on Friday morning.

The Napa Valley Cricket Club marked its 10th season Saturday with a marquee match at the Napa Valley Expo in downtown Napa. The match was the club’s first there since October 2019 and took place on the Silverado Green on the east side of the property.

Results were not available at press time.

The club has an active roster of more than 30 players and has already played eight matches this year, with their sole win coming against Marin in May at Piper Park in Larkspur.

“With the Expo being used for so many community services through the pandemic, we are grateful to have been able to play a number of our matches this season at Kimberly Park in American Canyon,” said NVCC Vice President Andrew Healy. “The City of American Canyon Parks and Rec Department has facilitated us at a great park and we look forward to hosting more matches there in the future.”

The club traces its 10-year history back to 2012, when it played its first match at the Napa County Fairgrounds in Calistoga. That first match, the Napa Valley World Series of Cricket, has been played eight times since and is being replaced by the Founders vs. Newcomers match in 2021.

During the club’s history, it has hosted teams from around the Bay Area in addition to touring teams from Philadelphia, Hoboken, Los Angeles and Vancouver, British Columbia. International cricketers Alvin Kallicharran, a former West Indian captain, and Nick Compton, a former England and Middlesex batsman, have both played in Calistoga.

The club moved to Napa in 2017 and has played the bulk of its home matches since then on the Midway Green at the Napa Valley Expo.

“It’s great to be back playing cricket in 2021, and to get all of the club members together for a competitive and fun game of cricket,” said NVCC founding Club Captain Tim Irwin, who captained the Founders Team on Saturday. “We managed to play just the one match in 2020, away in Gilroy, so to have had a season in 2021 with 10 or so matches feels like a giant step back towards normality.”

The club’s members are mainly for expatriates who live in the Napa Valley and close by. Over the years, it has welcomed members from Afghanistan, Australia, Bangladesh, England, India, Ireland, Jamaica, New Zealand, Pakistan and South Africa, in addition to a number of American-born cricketers.

The inspiration for the Founders vs. Newcomers match was Phil Bourke, founding NVCC president and now club treasurer. Bourke came up with the World Series concept, but thought something different was needed to mark the club’s 10th season.

“I was thinking, how do we mark such a fantastic milestone for the club and realized that there are still a sizable number of members from our first season still playing regularly for the club? While we’ve all added 10 years in age, there’s still great enthusiasm amongst many of the founding members for the game of cricket and playing for NVCC,” Bourke said. “So, we thought. why not?”

The 72-year-old’s gem was witnessed by Jane Phillips, Craig Ratkovich and Larry Fiebig.

“It landed six feet short, took two hops, hit the pin, and went in the hole,” recalled Fiebig. “Steve threw his club in the air and yelled, turned around, and ran to Craig and me and gave us high-fives as well as big hugs. Very emotional.”

Harmon would have hugged girlfriend Phillips first, but she was celebrating up ahead on the ladies tee. Coincidentally, she shot her first hole-in-one on the same hole last year.

“Steve has been playing golf almost all his life, at least 50 years. He was supposed to go fishing that morning but opted for our usual foursome nine-hole round of golf at Vintner’s,” Fiebig added.

While the Calistoga High boys team pushes toward a high seed in the North Coast Section playoffs, the Wildcats' girls are young and building for future success.

The St. Helena High School Athletic Hall of Fame’s newest members will be inducted during the dinner at Native Sons Hall on Saturday, Oct. 23.…

The Calistoga High volleyball team began the second half of its North Central League II schedule by showing how much it’s progressed during the course of its first season in two years Tuesday night as the Wildcats won the first set and forced visiting Upper Lake to a marathon third set in its 10-25, 25-15, 27-25, 25-23 victory over Calistoga.

Six members of the 2012 Napa Valley World Series of Cricket winning team, USA-Australia, will be playing for the Founders Team this Saturday, Sept. 25.

Napa’s Steve Harmon holds up his ball after acing the 135-yard, par-3 eighth hole at Vintner’s Golf Club in Yountville on Friday morning.