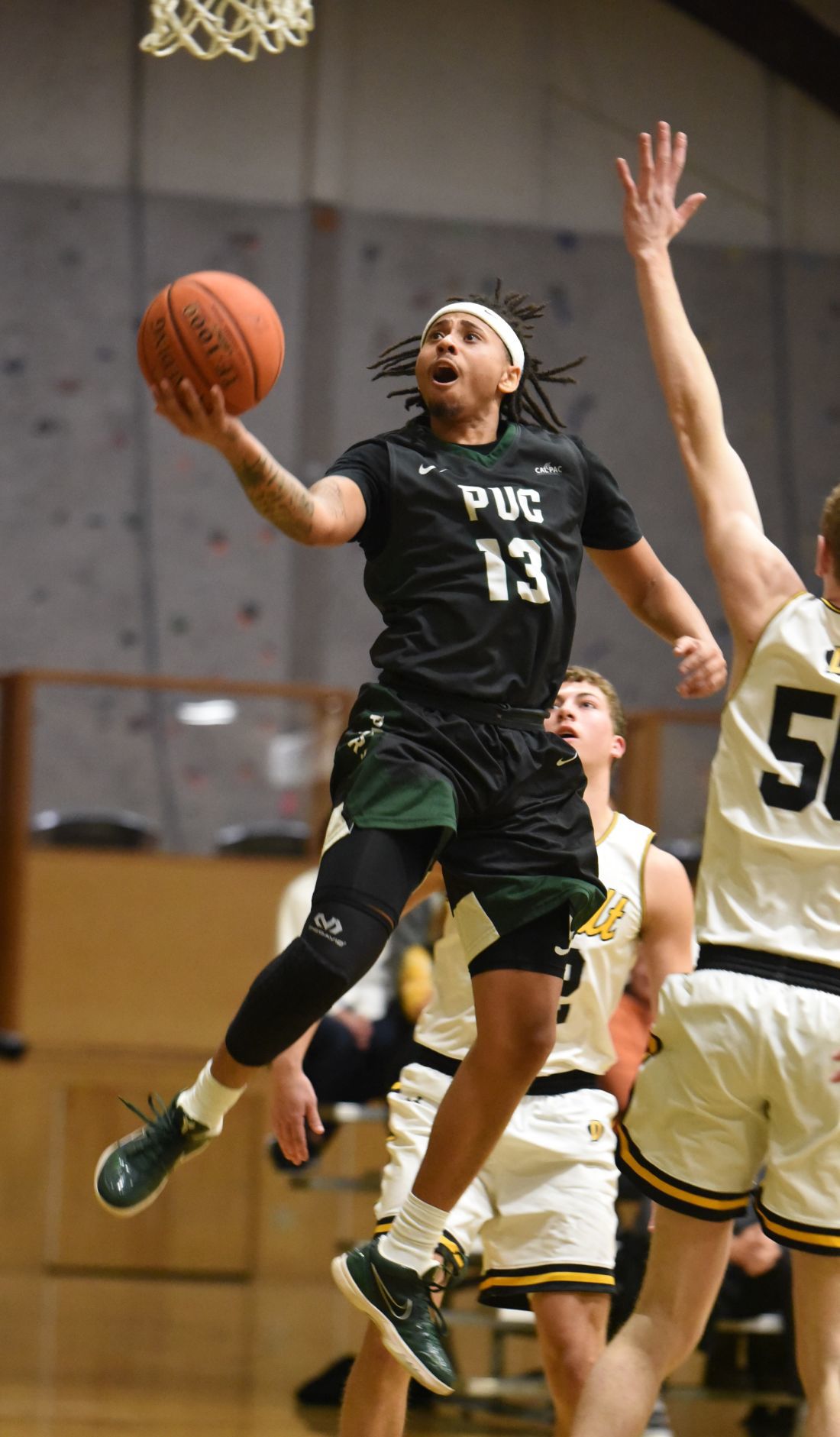 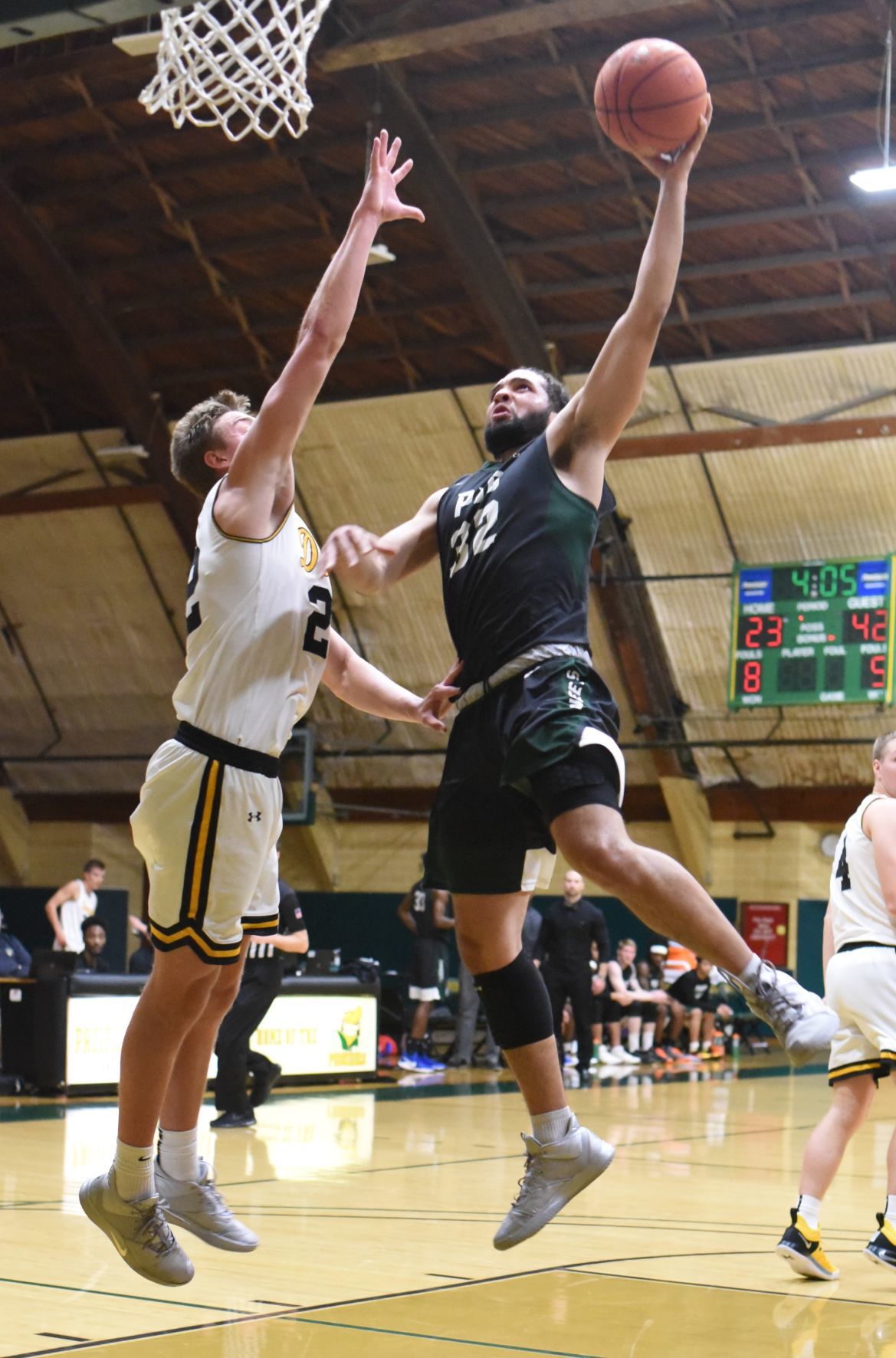 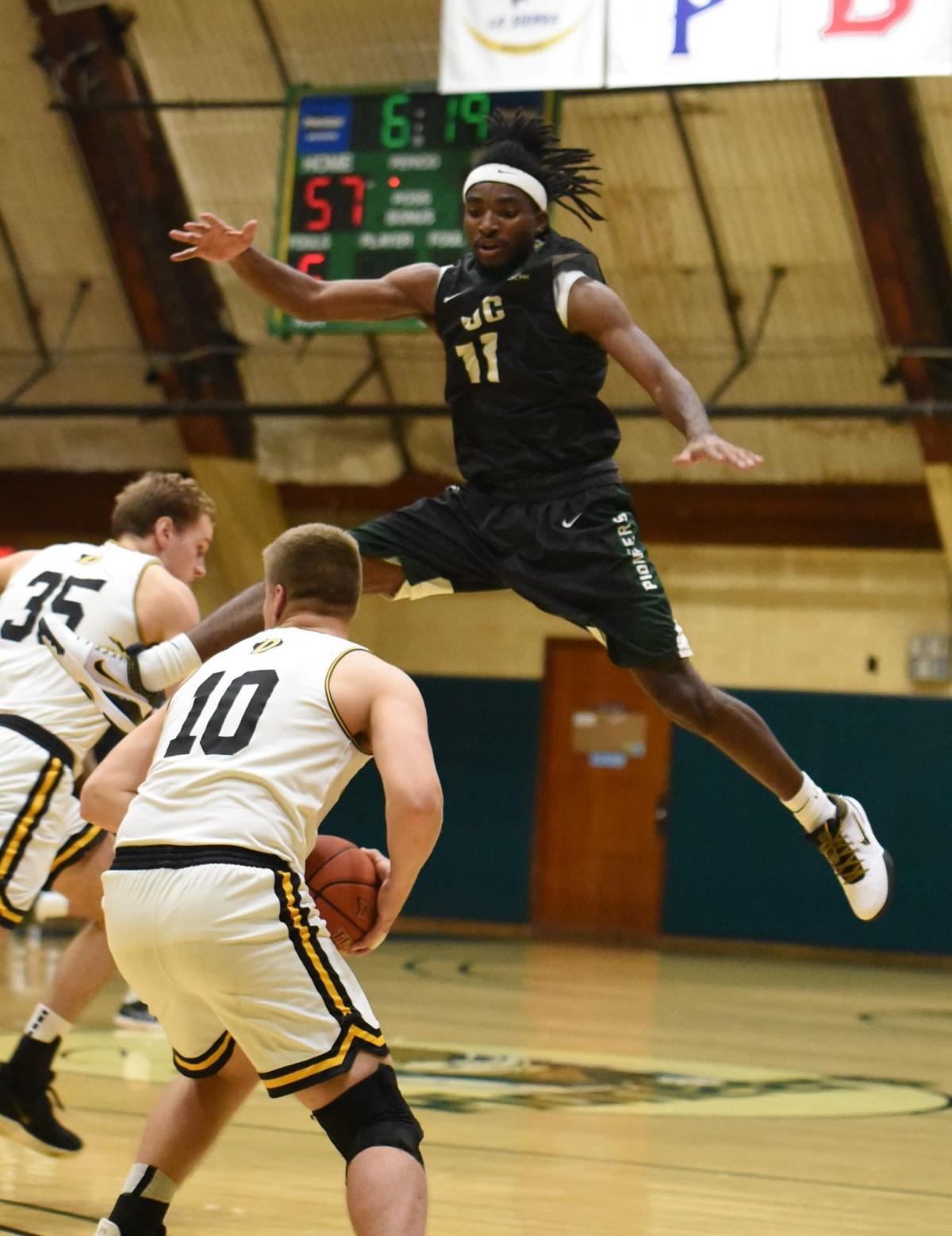 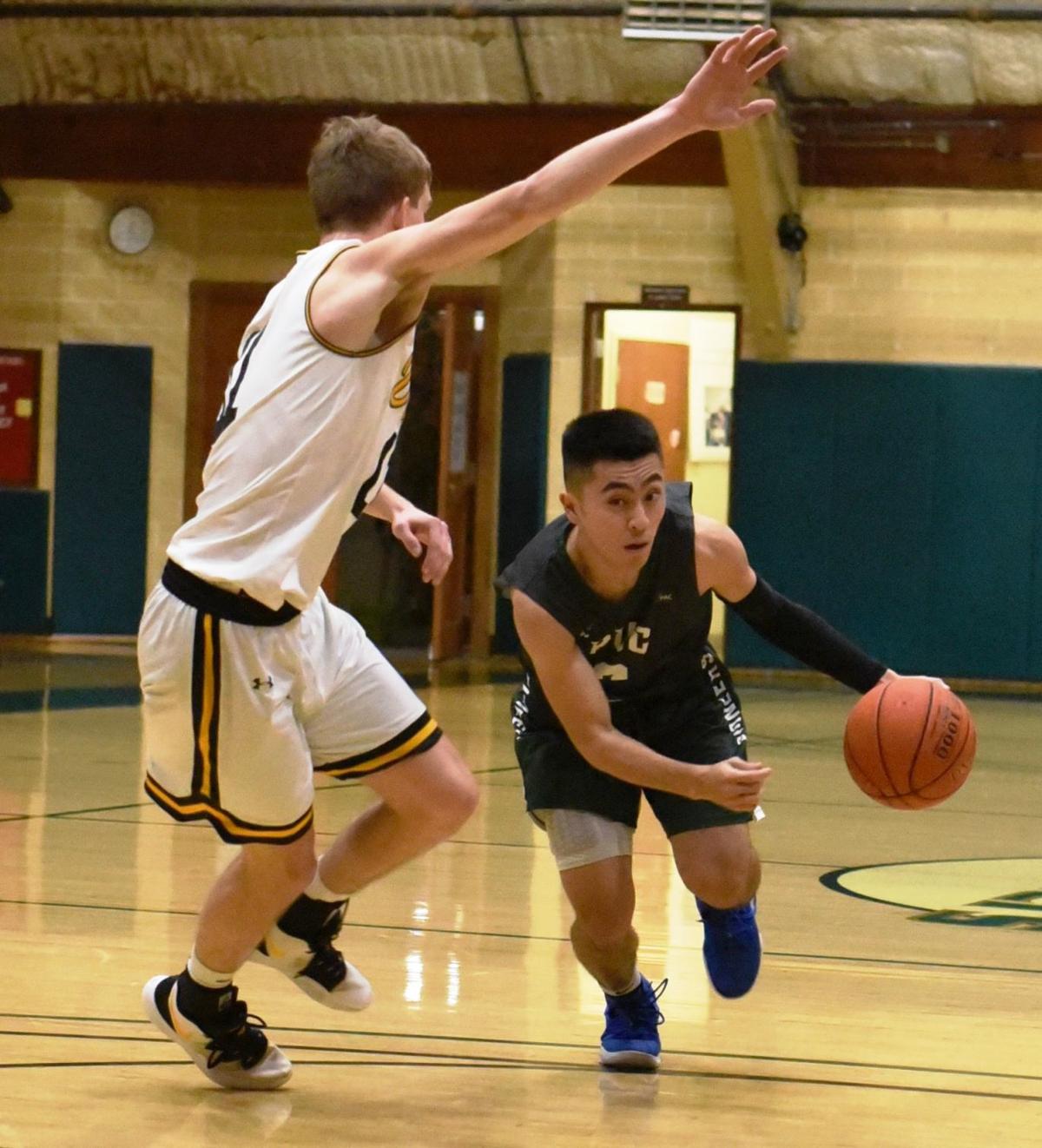 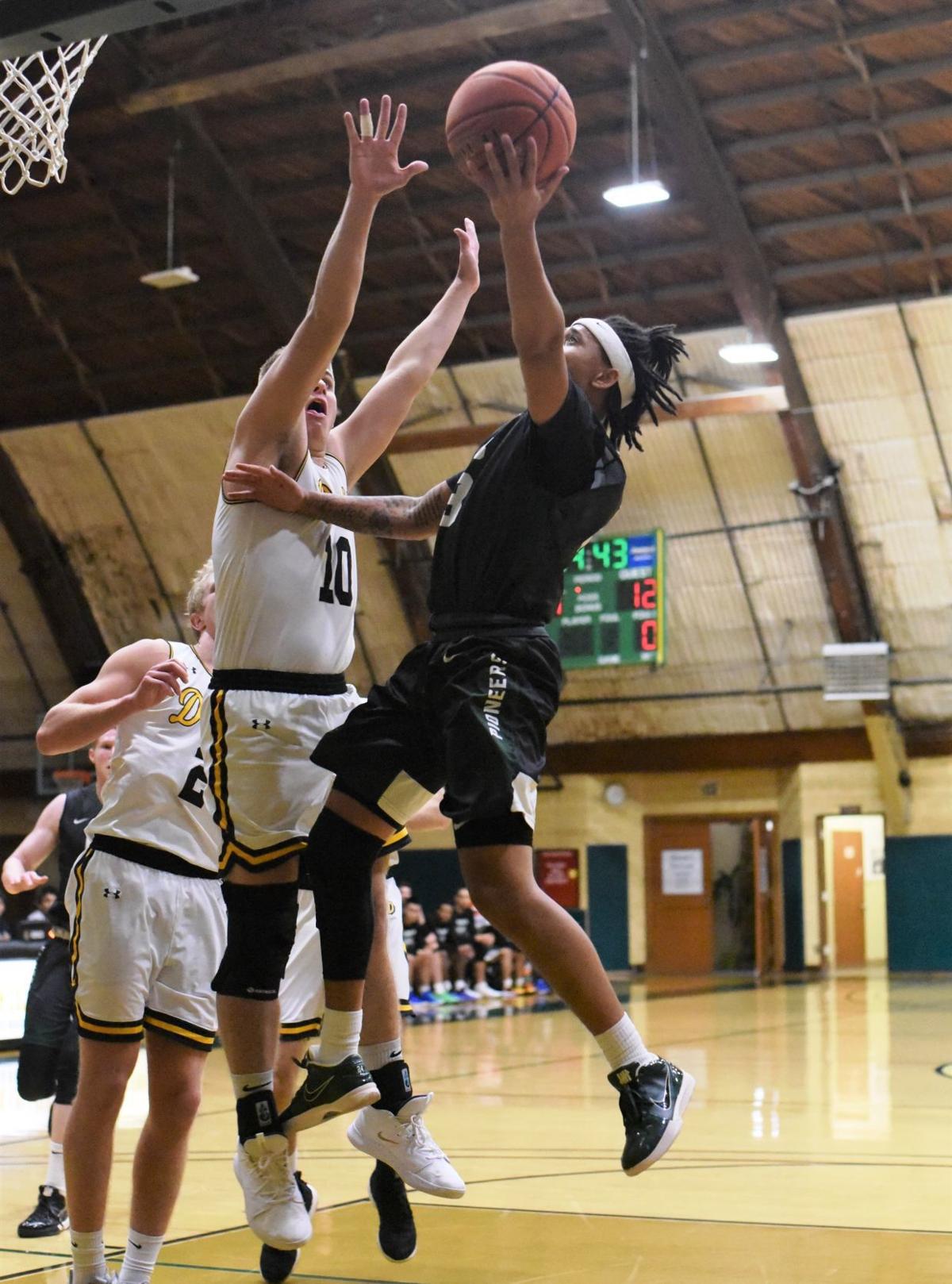 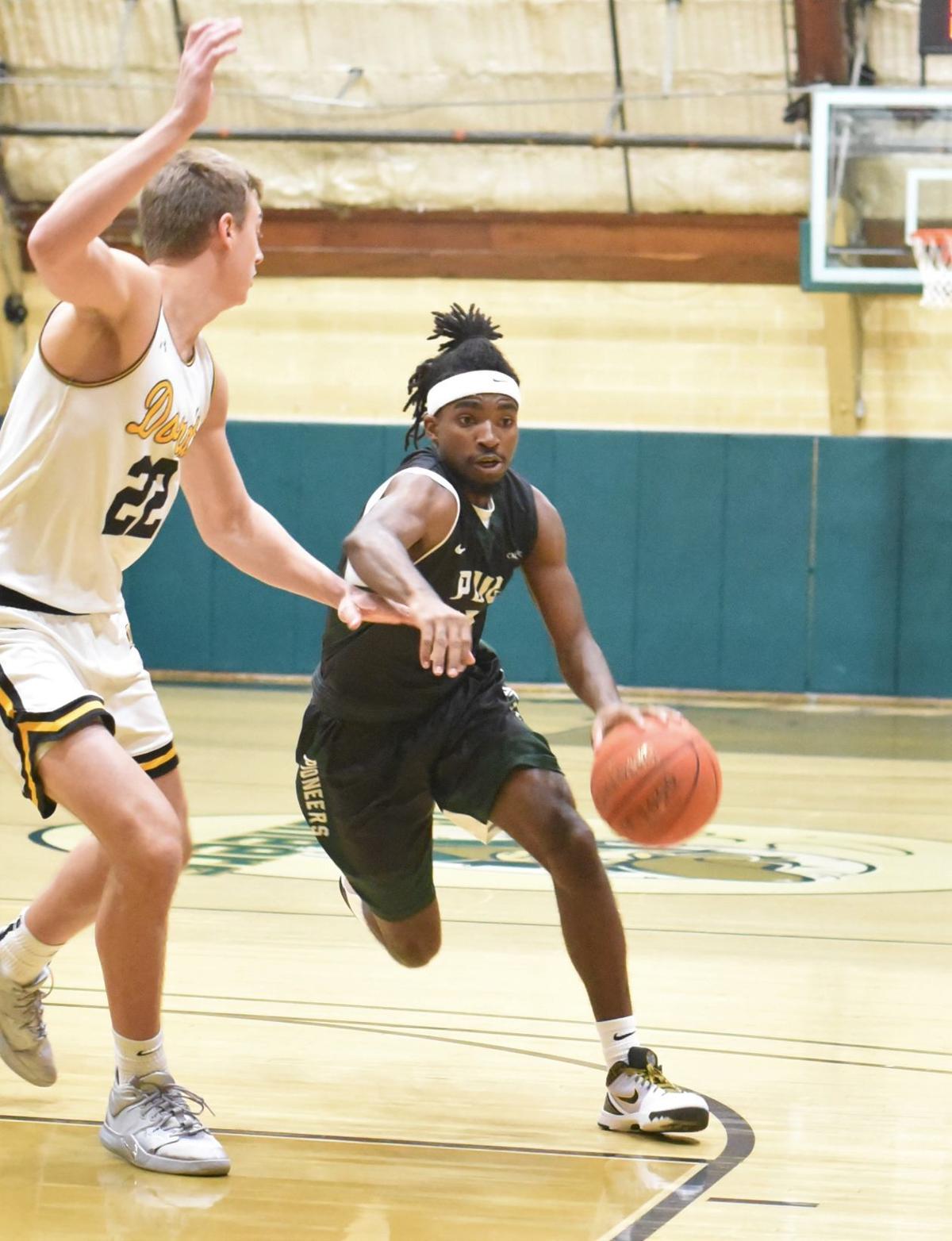 ANGWIN — A little over three months into its season, the Pacific Union College men’s basketball team is finally starting to find its footing.

With nine new players and six returners, this year’s Pioneers have been a work in progress for months. If you ask sixth-year head coach Greg Rahn, he’d tell you the same.

He’d also add that while the Pioneers have started to turn in better showings now that California Pacific Conference play has begun, like their 73-66 win over La Sierra on Jan. 9 or even their heartbreaking 102-99 overtime loss to league-leading Antelope Valley two days later, there’s still plenty he’s not seeing from his team.

Injuries have hindered PUC (4-12, 1-4 CalPac) throughout the year, but the main issue Rahn points to is a lack of consistency. That’s not too surprising with the amount of roster turnover the Pioneers have experienced since last year’s team finished 9-15 overall and 5-9 in conference play.

It’s a difficult reality, and Rahn is trying his best to find a solution.

“We’re still trying to get on the same page,” Rahn said after the Pioneers’ win over La Sierra two weeks ago. “I guess I have to be better at figuring that out, but we’re trying. We’re growing little bit by little bit, but we are still making some of the mistakes we did earlier in the year. We’re cutting some of those back but we still haven’t quite figured it out yet. I think we have a lot of opportunity to do so and I think we will do so eventually. We haven’t had most of our team all year.

“So on top of having almost a whole new roster, we’re adding and losing pieces every week while trying to get this team to jell. It’s a little challenging, but I’m confident we’ll figure it out.”

All the negatives aside, the Pioneers are starting to play better as a team. After a brutally tough non-conference schedule that included a number of exhibition games against NCAA Division I opponents, the In seven games since Dec. 30, PUC has shown flashes of how good it can be when it puts it all together.

That stretch began with a 59-56 loss to William Jessup, a team the Pioneers lost to by double-digits in their season opener but needed to drain a circus-shot trey at the buzzer to win the rematch. Heartbreaking, yes, but the Pioneers bounced back with a 73-69 win over Westcliff to head into conference play with a 3-8 record.

Pacific Union then opened CalPac play on Jan. 4 with a 71-53 loss to UC Merced, a game Rahn said was winnable but admitted the Pioneers “dropped the ball.”

Again, though, they bounced back with their win over the Eagles on Jan. 9 before falling to Antelope Valley in overtime, in perhaps their best performance of the year.

Pacific Union actually led the best team in the conference by four with 10 seconds left in regulation. But following a pair of UAV free throws, the Pioneers turned the ball over and committed a costly foul that sent UAV guard Chris Johnson to the line. He knocked down both to send the game to overtime tied at 85, and the visitors eventually pulled away.

After falling 81-68 at rival Cal Maritime in a game the Pioneers led 33-32 at halftime, they hosted Simpson of Redding on Saturday and dropped an 83-81 shootout after trailing by 8 at halftime.

“Even though we play all those other games and exhibitions, the whole focus is on conference and now that we’re in conference I think we’ve turned it up a little bit mentally because now these games really count,” Rahn said. “I mean you can go undefeated in preseason and lose all your games in conference and the preseason doesn’t mean anything. For us, now it’s like these games really count so the pressure is on. So I think we’re getting after it a little more and we’re looking better that way.”

Heading into Thursday night’s game against Embry-Riddle in Prescott, Ariz., Pacific Union’s scoring was paced by Williams (13.8 points per game), McCullough (11.8), Ford (10.6) and Austin (10.6). Ford was also leading the team in rebounding at 7.6, and Austin was the leading assist man with a clip of 4.8 per game.

Rahn doesn’t care that the team doesn’t have a bona fide star. The balance across the board forces the Pioneers to play together rather than live and die on the performance of one player.

“We have to play team-oriented basketball, and that’s been part of the challenge, too,” he said. “Some of these guys may have played at a different level where maybe they were that guy, but it’s different here. So they’ve got to understand when it’s your time or the guy next to you. That’s been part of what I’ve been trying to help them realize. We’re getting there, but we’ll see how we do down the road.”