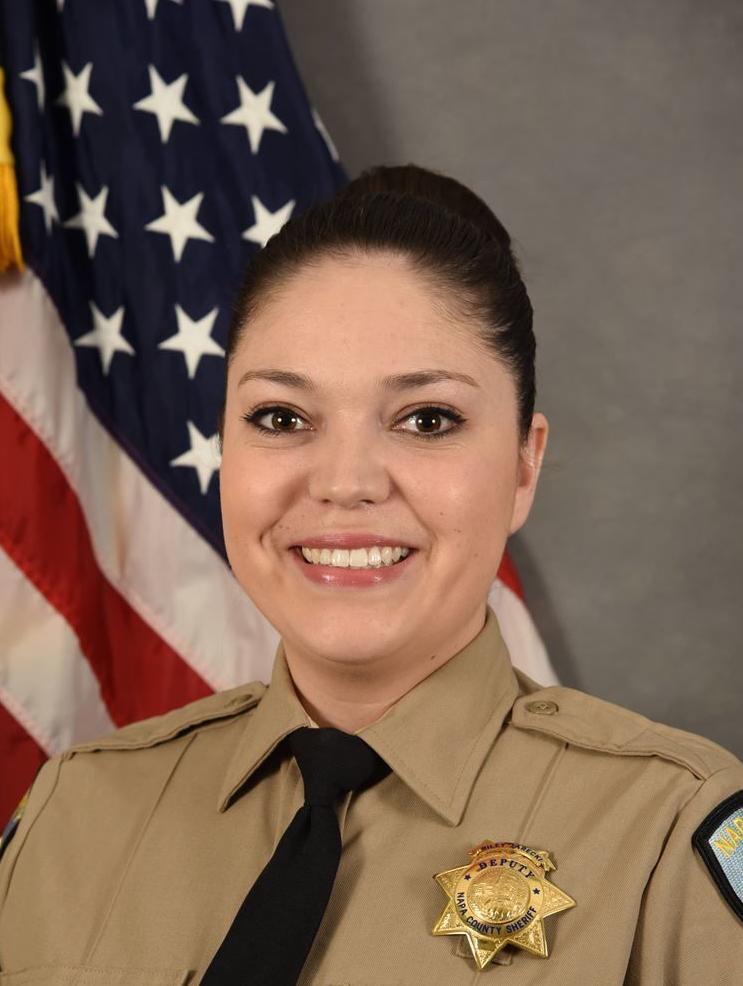 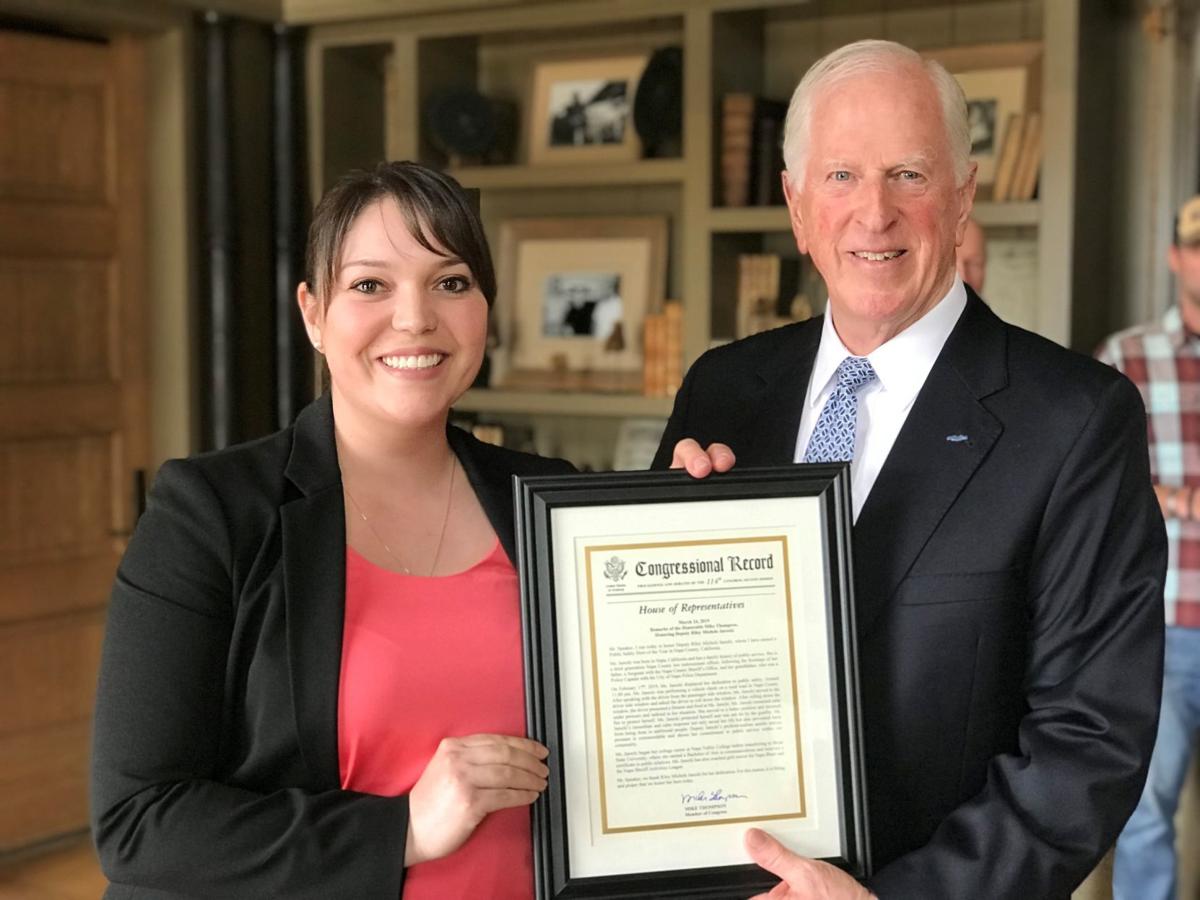 Rep. Mike Thompson named Napa County Sheriff's Deputy Riley Jarecki as First Responder of the Year for her actions on Feb. 17, 2019 when she was fired upon by a motorist, then returned fire, killing the suspect. She was cited for "professionalism amidst intense pressure."

The International Association for Women Police (IAWP) has honored Napa County Sheriff’s Deputy Riley Jarecki with its 2020 Bravery Award for her actions in February 2019 when she confronted an armed man parked on a rural road.

“The IAWP is so pleased to recognize the outstanding work of our colleagues in law enforcement. These stories exemplify that with the right tools, training, and opportunity, women excel in policing and keep our communities safer,” IAWP President, Deborah Friedl said.

Jarecki was honored for her brave response on Feb. 17, 2019 when she checked out a parked car at night on Henry Road in south Napa County.

After a brief conversation with the driver, body camera footage revealed the man suddenly shot at her three times shortly after rolling down the driver’s side window.

The shots were at such close quarters that Jarecki’s ears started ringing. She moved to the back of the car and returned fire through the passenger side, killing the shooter.

The motorist, identified as Javier Hernandez, 43, was an undocumented Mexican National with a criminal history who had been deported three times, officials later reported.

Jarecki was Rep. Mike Thompson’s First Responder of the year in 2019.

Jarecki comes from a family with a history of public service. She follows in the footsteps of her father, a retired Napa County Sheriff’s sergeant, and her grandfather, a former Napa Police Department captain.

The complete press release from the IAWP is at http://www.iawp.org/awards2020

American Canyon fire chief retires; search on for his successor

Two experienced fire professionals are running the department in the interim.

If things keep up, Napa County could move from red to orange on the state rankings, allowing greater business opening.

Critical fire weather is expected in Napa and surrounding areas from Saturday night into Monday, the National Weather Service said.

A lawsuit alleges a Silverado Resort manager lured two young women to the Valley, resulting in the death of one of them.

Rep. Mike Thompson named Napa County Sheriff's Deputy Riley Jarecki as First Responder of the Year for her actions on Feb. 17, 2019 when she was fired upon by a motorist, then returned fire, killing the suspect. She was cited for "professionalism amidst intense pressure."