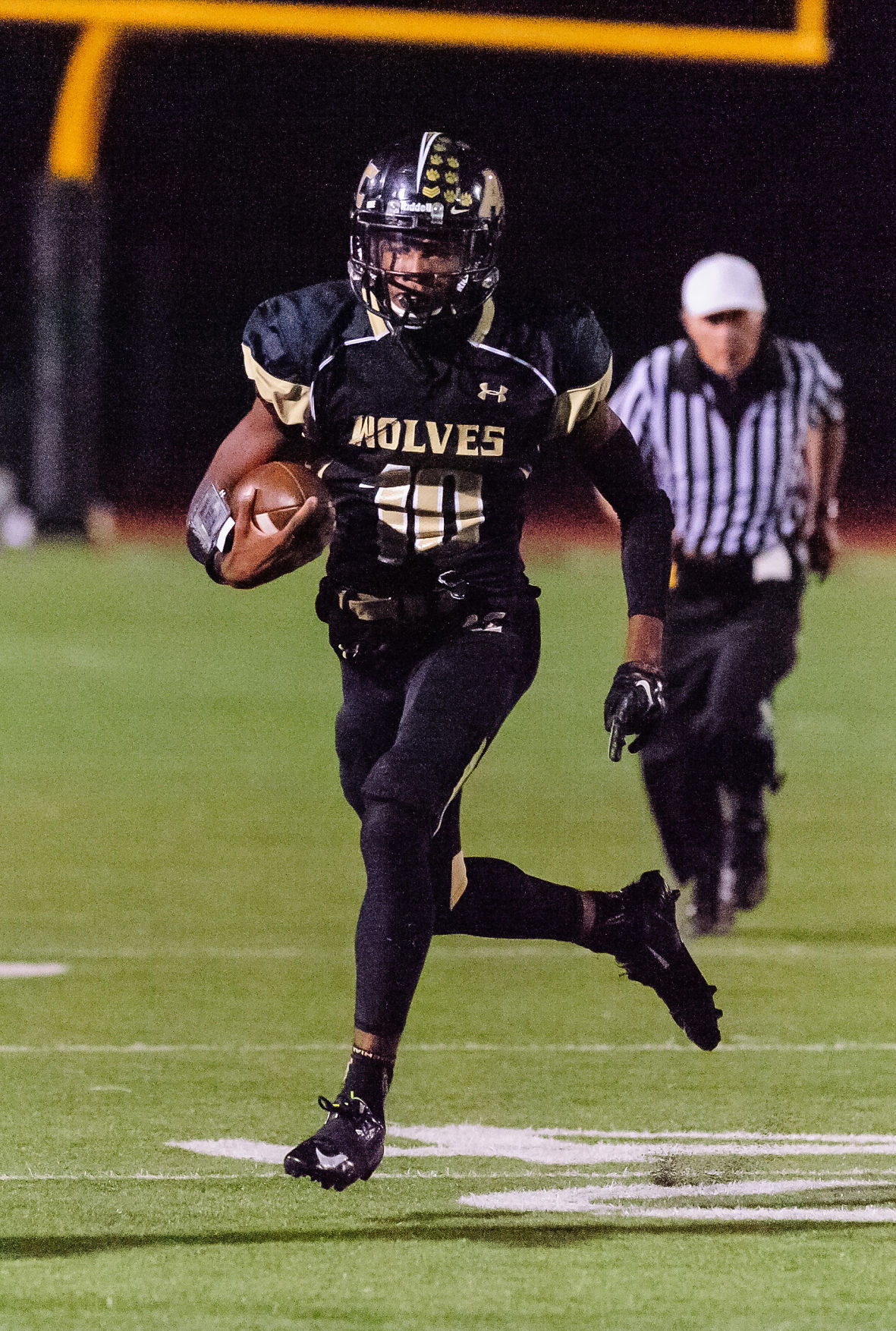 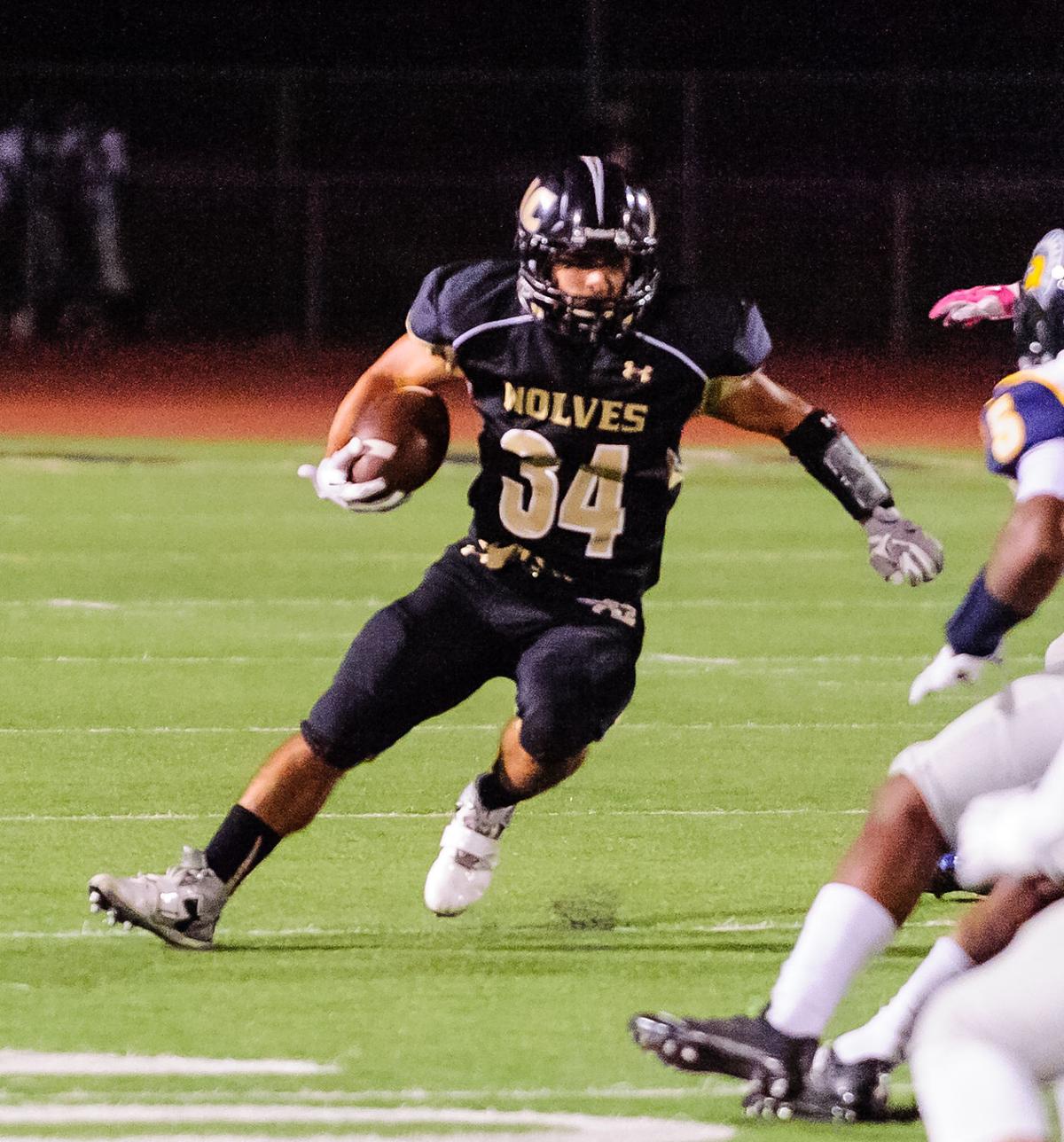 Andrew Rapacon runs around end in the second quarter for the American Canyon varsity football team in Friday night's game against Pinole Valley. 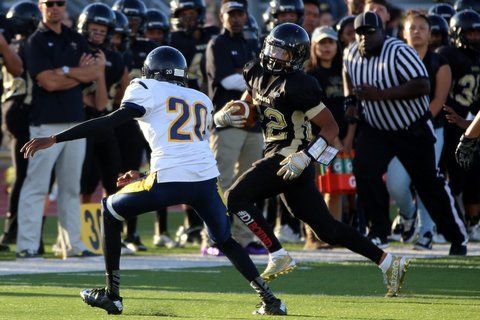 American Canyon High junior varsity running back Kama Aalona turns the corner for a first down against Pinole Valley on Friday night at Wolf Den Stadium. 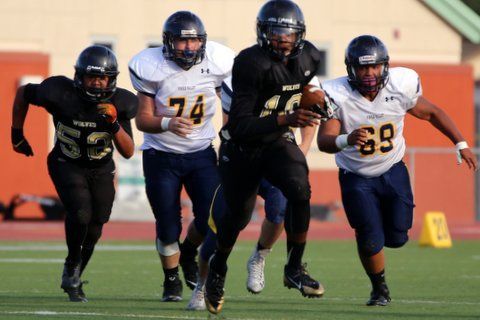 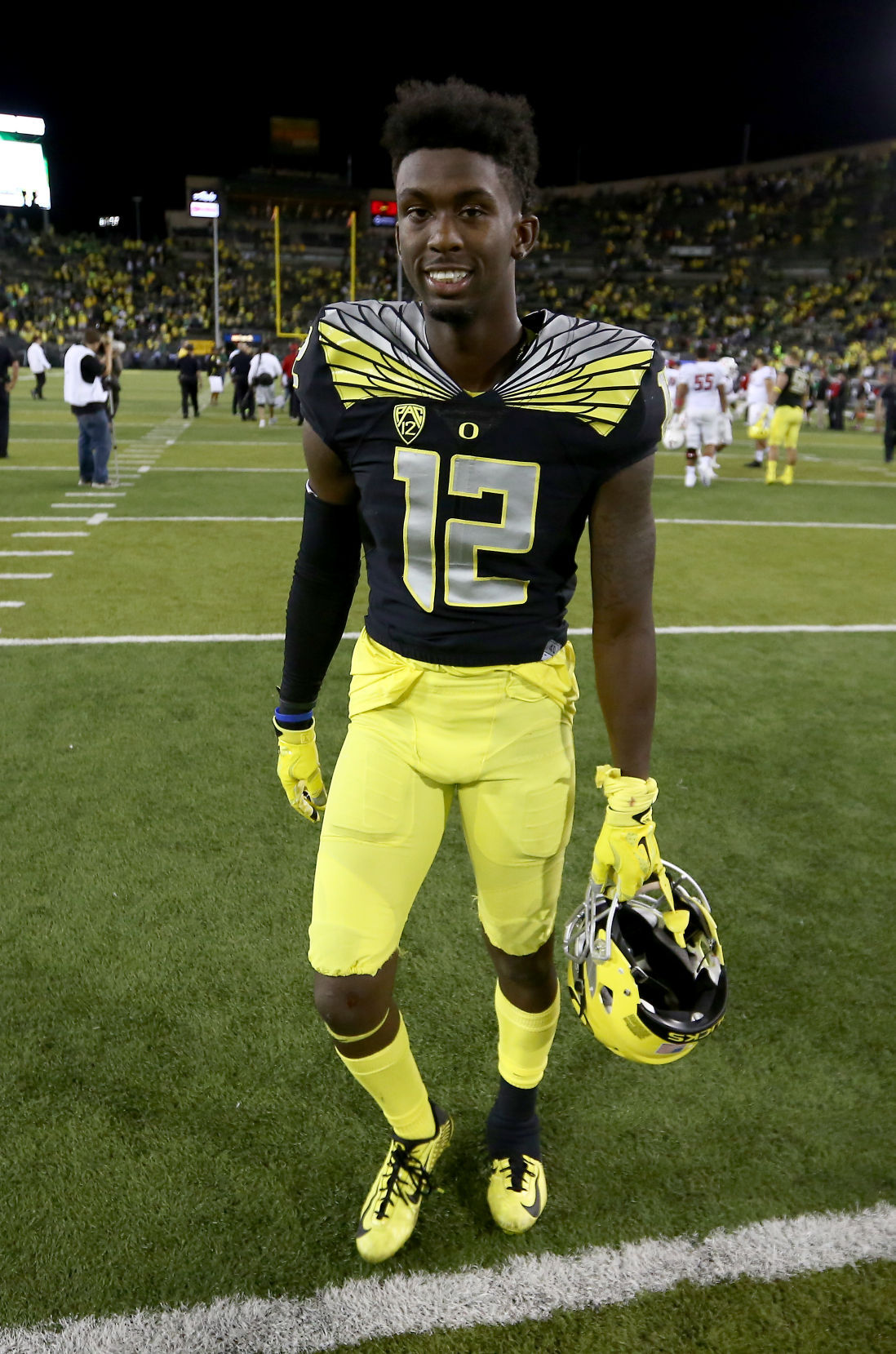 AMERICAN CANYON — For the first time in the program’s five-year history, the American Canyon High football team finds itself 0-2 after a 48-14 loss to the Pinole Valley Spartans at Wolf Den Stadium on Friday night.

Offensively, every time it appeared the Wolves were generating momentum, driving-killing things like penalties, turnovers and fumbles impeded that progress. Pinole Valley led 14-0 after one quarter, 28-0 at halftime and 41-8 after three quarters. The lead swelled to 48-8 early in the fourth quarter, which put the game in continuous running-clock status.

“As a coach, I didn’t get them ready,” Wolves head coach Larry Singer said. “It’s on me. It’s my job and it’s what I’m supposed to do. I have to take a look at our game plan and the way our practices are going and see if we can make some adjustments. I failed them.”

“I think from a fundamental standpoint, we have to tackle better,” Singer said. “We did not tackle well tonight. It’s tackle football and that’ll kill you.”

The Wolves averted the shutout with 9:21 left in the game, when Anthony Gobert scored from 12 yards away with Michael McIntyre added the two-point conversion run.

Defensively, Nate Gutierrez had four tackles for losses while Dave Johnson had one. Gutierrez also had 2.5 impact tackles (gains resulting in 0-3 yards), Benjamin Tham added two while Cedric Davis, Ethan Hughes, and Daniel Gonzalez each had one. Eric Gresham shared one with Gutierrez. Johnson also blocked an extra point.

“Nobody likes to be 0-2, especially coming from the success that we have come from,” Singer said. “Hopefully, this will make us stronger.”

The Wolves will host Inderkum (2-0), a 37-34 winner over visiting El Cerrito last week, this Friday night. The Tigers are led on defense by middle linebacker Derrick Henderson, who had 18 tackles last week to break the three-year varsity school record of 291.

The Wolves dominated in every facet of the game. They outgained Pinole Valley 260-125 in total offense, but an even more telling was that the Spartans ran 39 plays to get its total while the Wolves ran 37.

American Canyon led 8-0 after one quarter, 26-0 at halftime and that same score held after three stanzas. Kama Aalona scored on touchdown runs of 4, 13 and 12 yards. Adrian Anciete added a rushing touchdown from 10 yards away while Brendan Johnson scored from 27 yards out.

Luke Gramlick recorded two tackles for loss while Shawn StoDomingo, Brendan Johnson, Anciete, Erick Stewart, and Darius Thomas each added one. Levar Seay and Ryan Minahen shared one. Johnson and Kurt Della each had two impact tackles (gains resulting in 0-3 yards) while Gramlick, Seay and StoDomingo each had one. Anciete and Maxwell shared one.

Seisay gets first pick for Ducks

Chris Seisay, a 2013 American Canyon grad, started at cornerback for No. 7 Oregon and snagged his first collegiate interception as the Ducks won their season opener, 61-42, over visiting Eastern Washington on Saturday night.

Seisay, a redshirt sophomore, led Oregon with nine tackles, including seven solos. He had one stop for a 1-yard loss.

“We played alright,” Seisay said of the Ducks’ secondary at www.goducks.com. “We didn’t come out how we wanted to. That all comes with it being the first game of the season. We will be ready for next week. We saw great receivers tonight, and we will see great receivers next week as well. (We need to work on) press coverage, sticking on receivers, finding the ball, and knowing where to be at the end of a route.”

Jonathan Bade, another 2013 ACHS product, started at right tackle on the offensive line for Sacramento State on Saturday as the host Hornets won their opener, 41-20, over Eastern Oregon.

Andrew Rapacon runs around end in the second quarter for the American Canyon varsity football team in Friday night's game against Pinole Valley.

American Canyon High junior varsity running back Kama Aalona turns the corner for a first down against Pinole Valley on Friday night at Wolf Den Stadium.