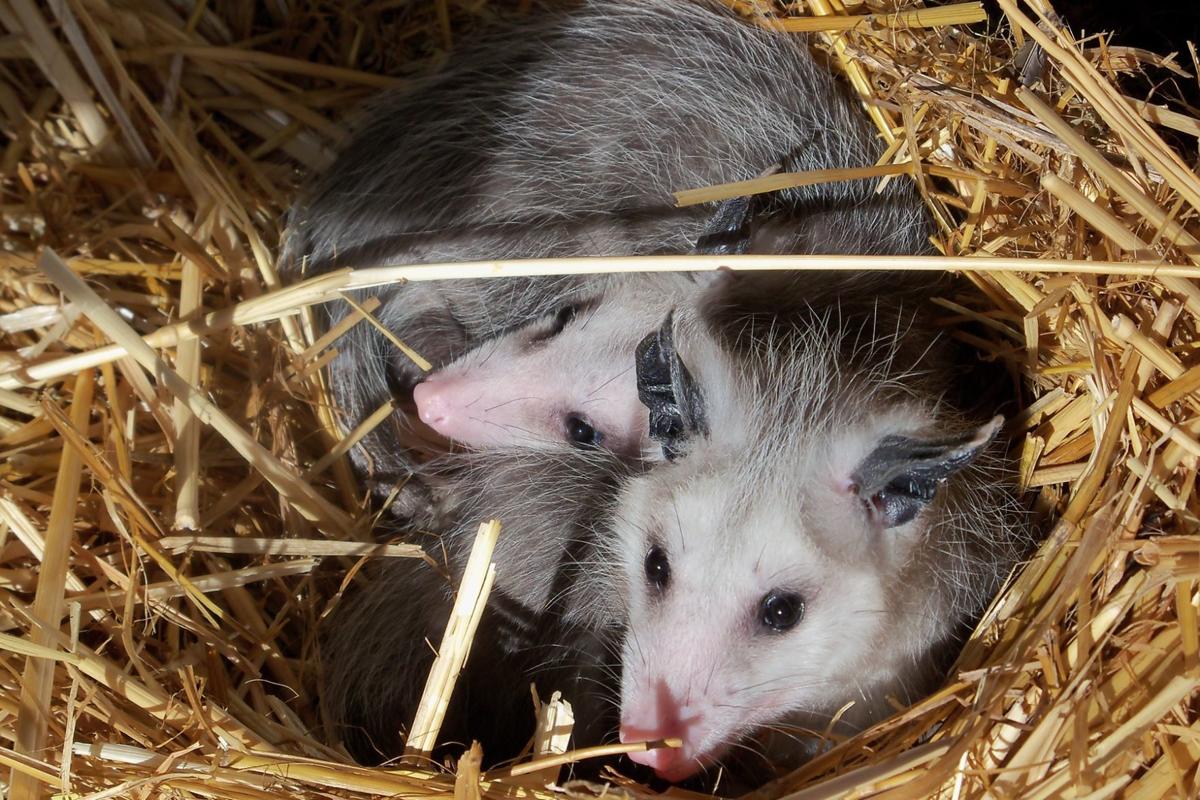 These two baby opossums were orphaned after their mom was illegally trapped and relocated. 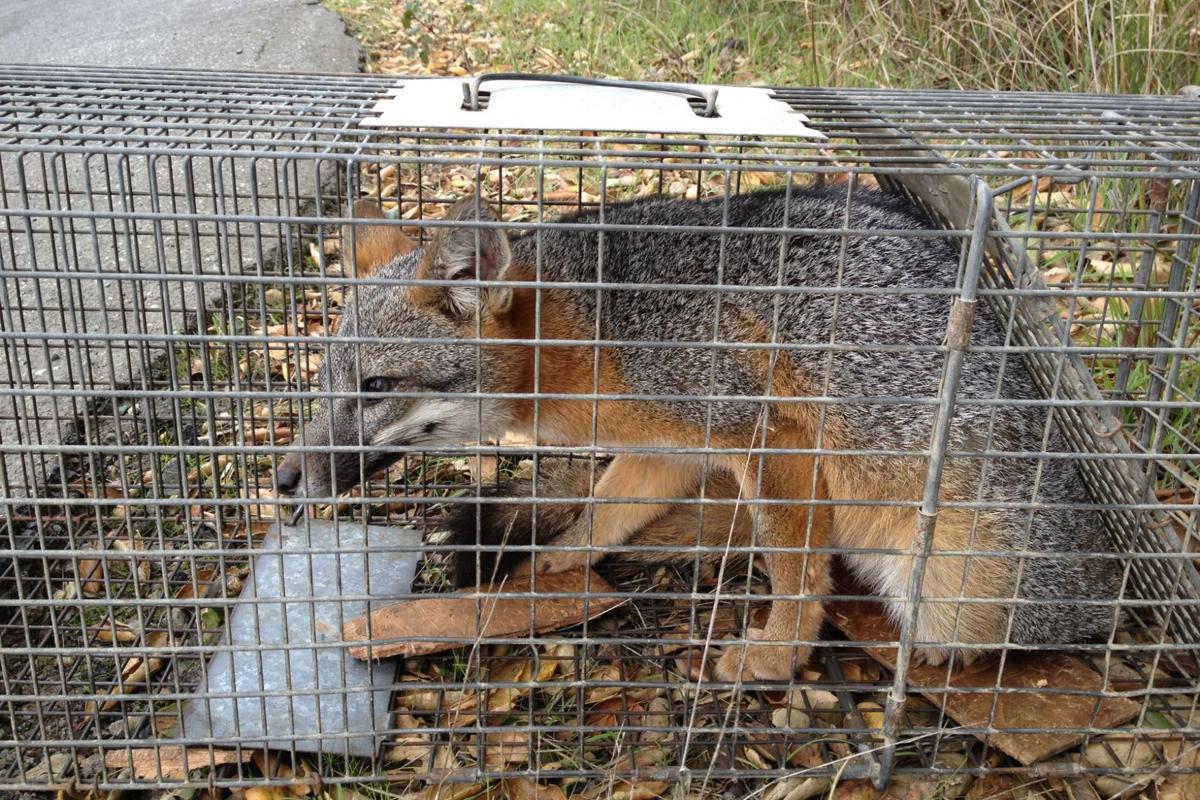 A Napa resident set a trap intending to catch a feral cat and trapped an adult grey fox instead. The fox had been stuck in the unchecked  trap for more than three days. She was dehydrated and hungry, but eventually released back into her wild territory. 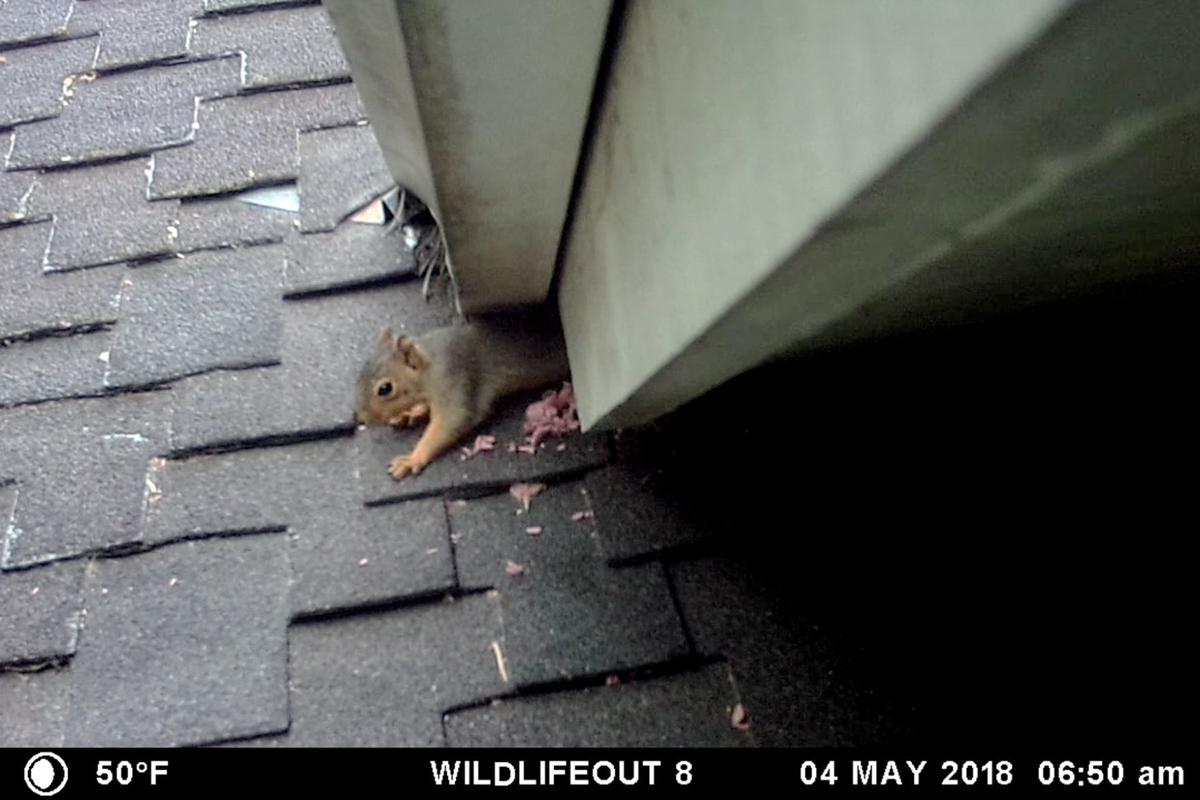 This squirrel was moving out of an attic after being humanely excluded. The photo was take by a trail camera set by Chad Zierenberg of Wildlife Out Humane Exclusion Services.

Winter is here and in full swing, bringing us cold weather, rain and wind, and sometimes drawing in our wild neighbors closer than we prefer.

Napa is fortunate to be home to a plethora of wild, furry, and feathered friends, who like us, are seeking to stay dry and warm this season. Their search for cover and food in the winter months can push wildlife closer to our homes and occasionally under them.

Wildlife species such as raccoons, skunks, opossums, foxes, and squirrels, often find themselves cozying up in our attics and in the crawl spaces under our houses. Some of them are also happy to take advantage of our unsecured trash and pet food left out overnight. Due to the nocturnal nature of some species, much of this activity can go unnoticed. Often, we notice only once it has become an issue.

Some concerns that arise come in the form of property damage. In their quest for shelter, wildlife can rip out vent screens to get below our homes, destroy insulation to use as bedding, and damage roof structures in order to access attics.

Specifically, squirrels are well known for storing their winter cache in attics, where they can hide out for the entire season and be mistaken for rats. Skunks and foxes are infamous for their digging ability and will dig their way under the foundations of houses, sheds and decks seeking lodging. Wildlife will also climb or fly into chimneys, and without human assistance can sometimes become stuck and die.

When left unaddressed, these issues can lead to costly home repairs, or even a late-night bath for the family dog who met the skunk that lives under the house.

Without knowing about humane and effective alternatives, residents will often result to trapping. Here in California, under California Code of Regulations Title 14, hired trappers must be licensed and are legally required to either kill a trapped animal or release it directly onsite.

It is illegal to relocate a trapped wild animal. This law was passed to limit the spread of disease and conflict between resident wildlife and those introduced into a new territory. Since trapping is often non-discriminatory, it can prove to be ineffective by catching the wrong individual animal or even someone’s pet cat. It can also leave a vacancy in a territory for various other wild critters to move in, leading to a continued or worsened problem.

Fortunately, there are simple preventive measures that we can implement to limit wildlife attractants and access to our homes. Firstly, by keeping pet food inside at night and properly securing our trash or compost, we can be sure that we are not feeding any unwanted nightly visitors.

Additionally, sealing access vents to the crawl spaces and attics with steel mesh can ensure that it does not become the cozy home to any wildlife. Steel mesh, secure compost bins as well as chimney caps can be found at your local hardware store.

When we as good neighbors can help keep wildlife wild, they provide a unique service to our local ecosystems and communities.

Raccoons, foxes, skunks, and opossums will eat common insect pests, wasp larvae, garden snails, rodents and carrion. These animals act as a specialized clean-up crew that help to keep our valley healthy. The same squirrels that may hide their acorns in our attics, will also forgetfully bury them in the ground, helping to regenerate our lush oak woodlands and neighborhoods. Sharing the valley with these wild creatures is one of the many benefits we experience as Napa residents, and as stewards of this community, we can all do our part to coexist harmoniously.

The Napa-Sonoma marshes are rebounding with wildlife

Once one of most extensive wetland areas in North America, the edges of the San Francisco Bay have become covered with farms, industry, and ur…

Land Trust of Napa County announced the acquisition of a 408-acre property next to Lake Berryessa. The property connects other protected lands…

The heavier than normal rains Napa Valley endured this winter will have beneficial after-effects for plants and animals like birds, fish and t…

These two baby opossums were orphaned after their mom was illegally trapped and relocated.

A Napa resident set a trap intending to catch a feral cat and trapped an adult grey fox instead. The fox had been stuck in the unchecked  trap for more than three days. She was dehydrated and hungry, but eventually released back into her wild territory.

This squirrel was moving out of an attic after being humanely excluded. The photo was take by a trail camera set by Chad Zierenberg of Wildlife Out Humane Exclusion Services.