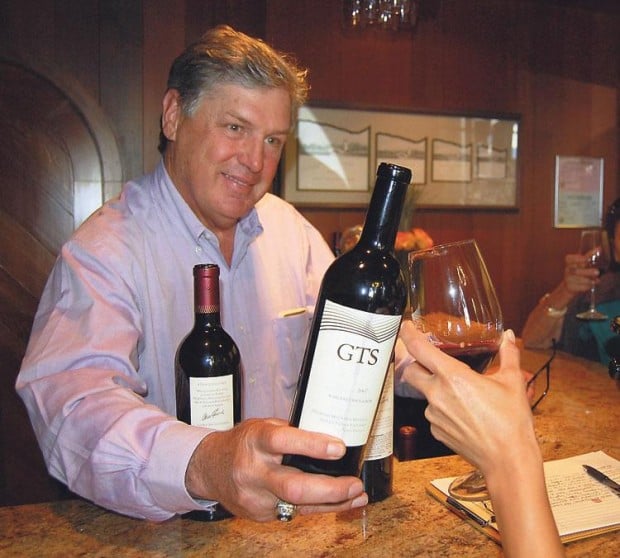 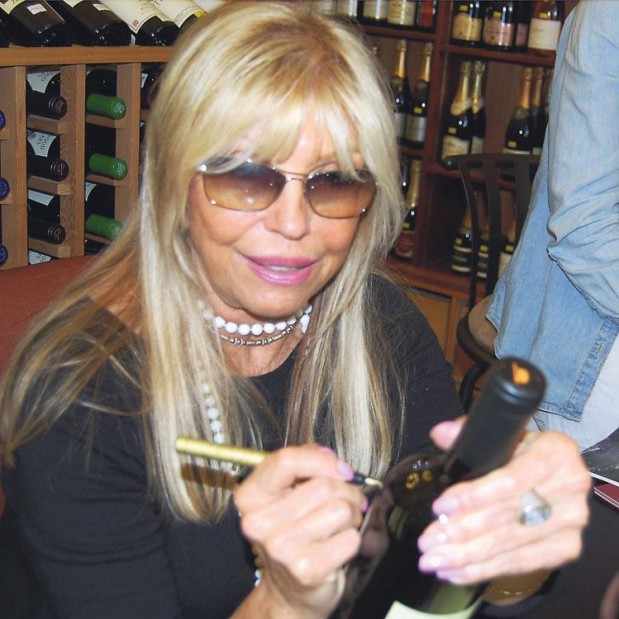 Sinatra and Seaver were a pair of names to draw to — or to taste wine with — this past weekend at the St. Helena Wine Center.

On Friday afternoon, Nancy Sinatra was present to sign autobiographical books about her superstar father and bottles of the Frank Sinatra cabernet sauvignon. The late singer’s daughter, who had her own brief career as a vocalist, also poured the cabernet for the  customers.

She was amused when asked if the Frank Sinatra wine was made from “strawberries, cherries and an angel’s kiss in spring” by a reporter of sufficient vintage to remember the words to an eminently forgettable song titled “Summer Wine.” Nancy paired with the late songwriter Lee Hazlewood in recording the ballad in 1967.

The Sinatra cabernet, which actually is reputed to have “notes of cherry with hints of leather and spice,” is being produced from a five-acre vineyard in the Napa Valley. First offered last September, its price is $110 a bottle.

Seaver, who back in the day was dubbed “Tom Terrific” for his masterful pitching and for leading the 1969 “Miracle Mets” to a World Series victory, also poured his wines and signed bottles.

His fame during a 20-year pitching career was best summarized in the Reggie Jackson quip, “Blind people go to the ballpark just to hear him pitch.”

Now 65, Seaver began his winemaking venture by purchasing a three-acre property in the Diamond Mountain area eight years ago. His first vintage was 2005. He said he wasn’t fooling himself . . . he could never be a winemaker at his age, “but I can be a part of the process.”

Seaver had 311 victories to earn his place in the Baseball Hall of Fame. But, he’ll soon set you straight that he prefers to talk wine over baseball. In Seaver’s case, the question of how a baseball player got into something so refined as wine could be asked in reverse . . . how did an individual of such refinement get into baseball?

For his life, he has been an aficionado of squash, tennis, jazz, wine and bridge. His father, Charlie, was an amateur golf champion who played in the Walker Cup.

“If you can play baseball for 20 years you’ve had a pretty good run,” Seaver said.

“But when I was about 28 or 29 and in the middle of my career I had a brother-in-law ask me what I was going to do after I was done. I said I was going back to California and raise grapes. I just never forgot I said that.

“I found it fascinating. How does the grape grow and end up in the bottle? It’s a discipline a lot like pitching. There are certain things you’ve got to do.”

The venturesome Seaver’s project before wine was to build a complex garden with waterways and a bridge at his then Greenwich, Conn. home.

“Now I want to paint,” he added. “Somebody asked, ‘What do you know about painting?’ I said, ‘Nothing, but I love to go to the Louvre and all the museums in the world.’”

For only a brief moment Seaver allowed himself to talk about baseball, the subject being the superb Mets pitching staff in the era of their “miracle.” The presence of Seaver, a young Nolan Ryan and reliever Tug McGraw gave the ’69 Mets three Hall of Famers on the same team.

“If you gave us two runs we had a chance to win,” Seaver said.

Seaver was slow to anger, which probably aided his pitching career. But in 1971, both Tom and Nancy Seaver were so miffed when Tom didn’t win that year’s Cy Young that they named their cat after the pitcher who did — Ferguson Jenkins of the rival Chicago Cubs.

A day earlier, Nancy Sinatra signed bottles bearing the label of her late superstar father, Frank Sinatra, also at the SHWC.
© Copyright 2021 Napa Valley Publishing, 1615 Soscol Ave. Napa, CA | Terms of Use | Privacy Policy | Do Not Sell My Info
Powered by BLOX Content Management System from TownNews.com.
You don't have any notifications.