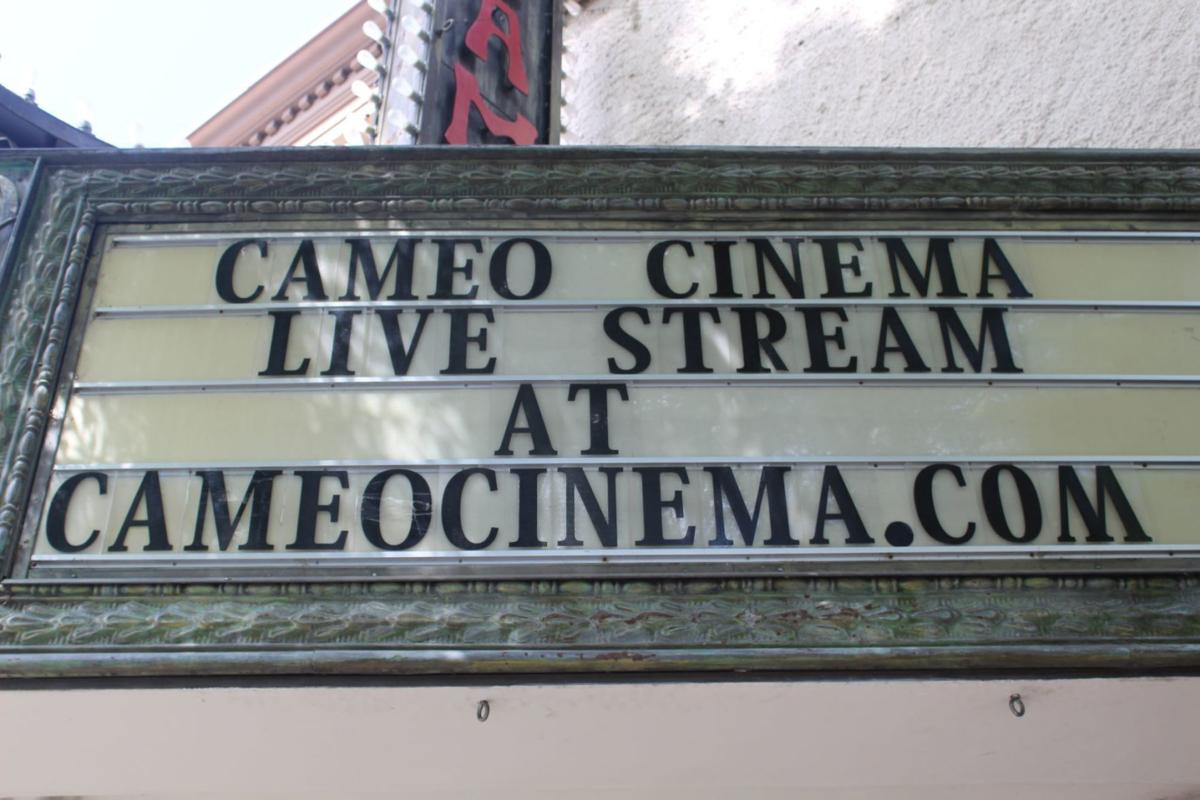 With the Cameo Cinema closed during the COVID-19 pandemic, the theater's marquee advertises its new streaming service. 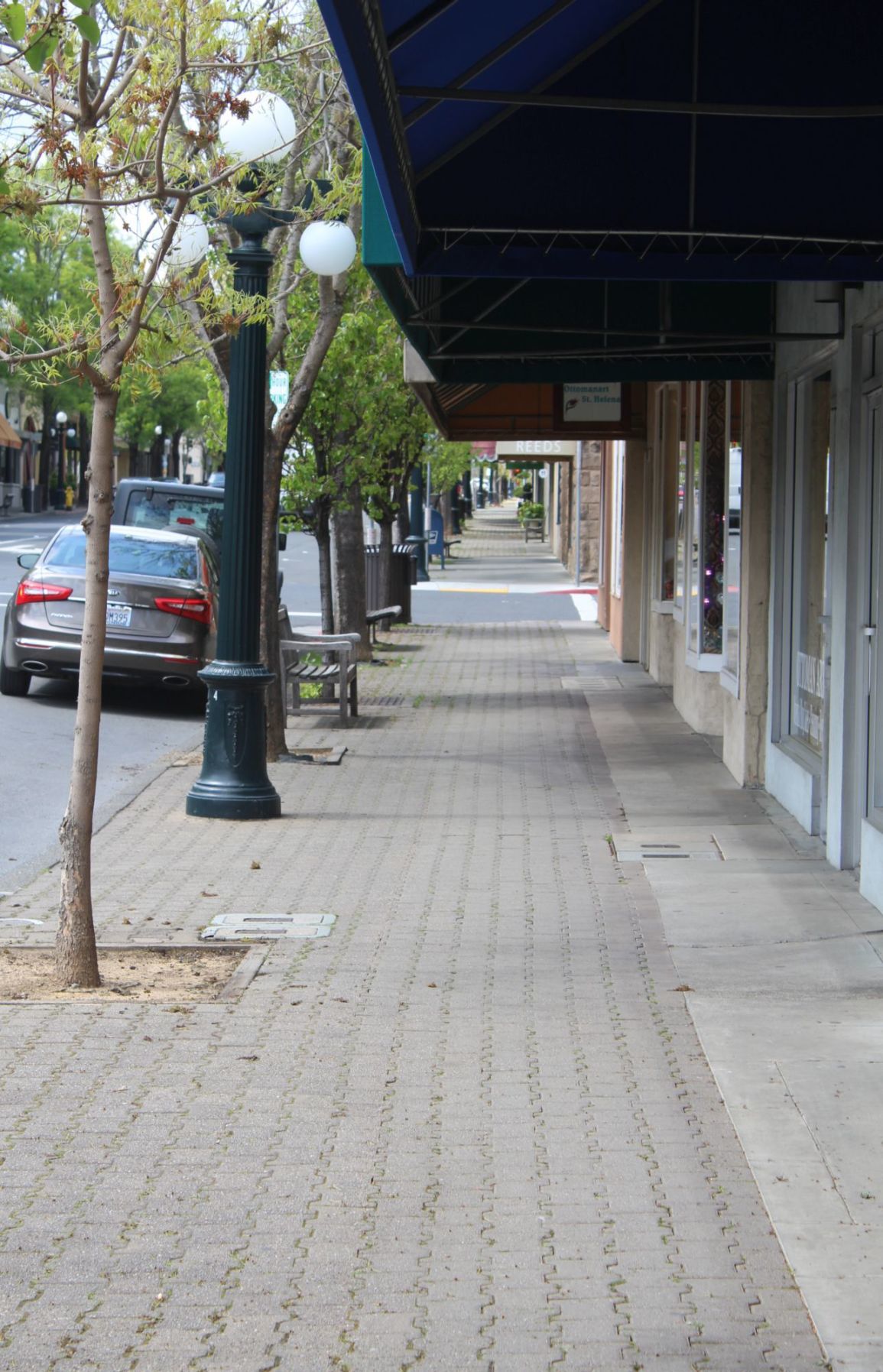 Downtown St. Helena was mostly deserted in April during the COVID-19 pandemic. The shutdown took a heavy toll on local businesses. 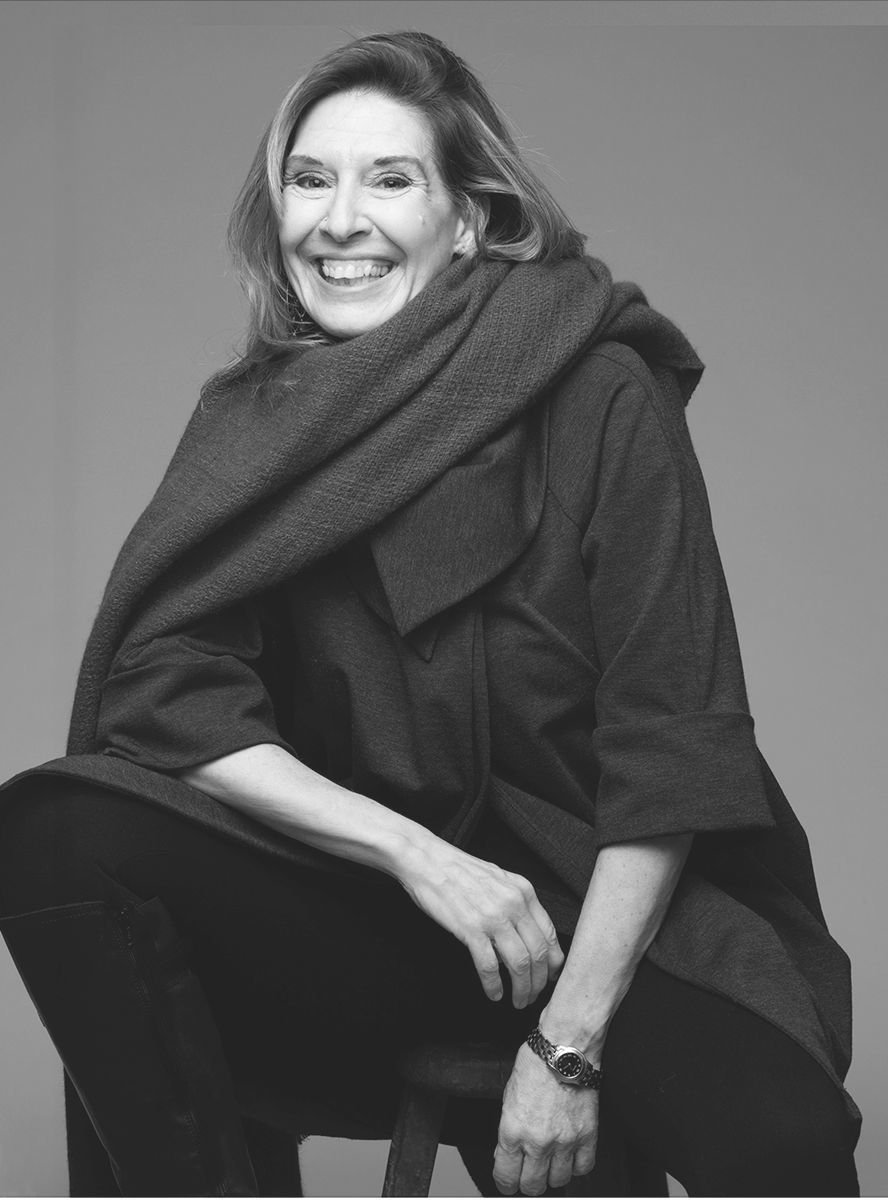 I know what’s wrong with me … Main Street, St. Helena is shuttered, quiet and empty. A few cars are driving north or south on Highway 29, but on a Wednesday afternoon, I look up and down Main Street and nothing’s moving. No people, no traffic.

And maybe that’s what’s wrong with you, too. By staying inside, staying away from people, working from home, we are flattening the curve of COVID-190, the coronavirus pandemic in the Napa Valley and California.

We miss a sense of engagement, community, camaraderie. We can’t gather with friends for a meal, a cup of coffee or a glass of wine.

The Cameo Cinema, one of St. Helena’s several community centers, is closed. But the marquee gives a hint: Virtual screenings of movies on Cameocinema.com.

Six full-length movies currently are available to rent – ranging from $6.50 to $12 — for screening on your laptop, iPad, smartphone or with Chromecast or AppleTV on your TV at home. Once you’ve rented a movie with your credit card, the distributor will send you a link and you’ll have 72 hours to watch the movie from the time you start.

“It’s so cool,” said Cathy Buck, proprietor of the Cameo Cinema, describing the virtual movie theater she and Janet Costner have created. “It’s been a huge learning curve,” adding she, Costner and others have been working on the process to “curate a program that normally would have been at the Cameo” for its patrons, who are shut in.

As “Balloon” opens, it’s 1979. A family uses a hot-air balloon to try to escape East Germany, but fail. Another 200 meters and they would have made it. An idea grows, they enlist the aid of another family to build a second balloon, all while the East German secret police, the Stasi, are monitoring their actions and moving in. The film, based on a true story, is one of six movies available to rent.

Buck said she’s working with some of the smaller studios, whom she usually works with, and tickets are roughly $10 with a dollar or two for service fees. The best part, though, is that 50% of the ticket price goes to support the Cameo Cinema.

On Thursday, April 16, Buck said the Cameo will offer an exclusive screening of “Paper Planes,” a 2015 Australian film. Tickets are $5 and Sausalito’s John Collins, the world record holder for the longest flight by a paper airplane, will give a tutorial on how to make planes.

Also on the schedule is “Mati Hari: The Naked Spy,” a documentary about the German World War I spy, who was executed at age 41 on Oct. 15, 1917. Buck said she did a 20-minute Q&A via two Smartphones with the film’s director, Susan Wolf from Corte Madera. Collins, who is also a tech guy, was able to put the questions and answers together, even though Buck was in St. Helena and Wolf was in the Bay Area. “It was my first experience and I’m excited to do more of these” question-and-answer sessions, Buck said.

The irrepressible Buck said, “What I love about this is you don’t have to be in St. Helena to watch these movies.” During this time of closure, with the Chamber of Commerce offering gift cards and some restaurants doing take-out meals, she is encouraging people to “just buy a movie ticket. If it’s once a month, that’s OK with me.” She said ticket proceeds come to the Cameo “to support us in the streaming project and also when our doors open back up.”

And, just when will that be? “Right now, we know that we won’t be open until after May 3. My goal is May 15; it just depends on what the government says. As soon as we can get our doors back open, we’ll be open.”

Buck began looking at streaming movies a year ago, asking herself if there was anything the Cameo could do to have a broader outreach, or when a movie comes to town, is there a way for the Cameo to continue its run, online.

“And then, when all this craziness hit, Janet Costner and I started working 10 hours a day” to get a streaming platform. “We’ve had conversations with a platform streaming company out of Australia – they have a huge program and they’re willing to work with the little guys and we’re so excited about this,” Buck said.

Now, the movies are streamed by Vimeo, and Buck said it will take the Australian company a couple of weeks to get the Cameo set up. She plans to pick and choose the best films – not so many that it will be overwhelming. “We hope to do a couple of series,” on the planet Earth, on adventure, maybe a foodie series or an Italian film series. If the Cameo is open for the end-of-May family film festival, it will be held both at the Cameo and streamed online through its website.

One more advantage to the virtual experience: Buck said her attire is fuzzy slippers, along with a sweatshirt and sweatpants. Try getting away with that on Main Street.

As of Thursday, April 9

Rental information, a description of the current movies and trailers are available at cameocinema.com.

With schools closed for the rest of the academic year, St. Helena teachers are adapting to remote learning.

COVID-19: We’ll get through this as we always have – together

The city of St. Helena, Napa County and local groups have stepped up, encouraging continued self-isolation to prevent more people from becoming ill.

The Advising Dean: Learning in the time of virus

You may not remember the polio virus that swept across America, but it closed schools and provide a challenge to teachers, who used a new technology, radio, to teach their students. Even though the COVID-19 is a different virus, many of the issues are the same.

St. Helena provides paid leave for city employees out of work during pandemic

The city of St. Helena is offering paid leave for city employees who were out of work in late March.

Because of the shelter-at-home order throughout Napa County, two churches in St. Helena are using various technologies to livestream their services, including those of Holy Week.

Peace Corps volunteer Linda Neal, a vintner from Oakville, had to leave her Moroccan post nine months early because of the coronavirus, COVID-19, pandemic.

As of Tuesday morning, Napa County is reporting 23 confirmed cases of COVID-19 with two confirmed deaths. A total of 493 individuals have been…

Thursday Pulpit: Overnight, COVID-19 changed our lives, and we all lost something

Right now, it is so important that you take care of your mental health. If you are depressed or grieving, you should name what's bothering you, so you can identify it and tame it.

Ride Napa Valley's Rebecca Kotch is facing some challenges with organizing her events, including rides to raise money for various nonprofits.

Thoughts on generosity during the pandemic and Napa Valley College's disappointing response in St. Helena's time of need.

Small business owner Jake Scheideman has filled out the Small Business Administration forms for a loan, but he's yet to hear back from the agency.

This year's Napa Valley Film Festival has been postponed to 2021.

Business is booming at bicycle stores throughout the United States, including those in the Napa Valley.

Calistoga Jazz pianist Larry Vuckovich will live stream a concert performance from his home at 1 p.m., Saturday, May 30.

LUNAFEST 2020 goes online with seven films by or about women.

People apparently love the new Cameo Cinema drive-in at Gott's Roadside ... tickets for the first show sold out in less than four hours.

"The Personal History of David Copperfield" opens Friday, with masks required and maximum attendance of 35.

With the Cameo Cinema closed during the COVID-19 pandemic, the theater's marquee advertises its new streaming service.

Downtown St. Helena was mostly deserted in April during the COVID-19 pandemic. The shutdown took a heavy toll on local businesses.