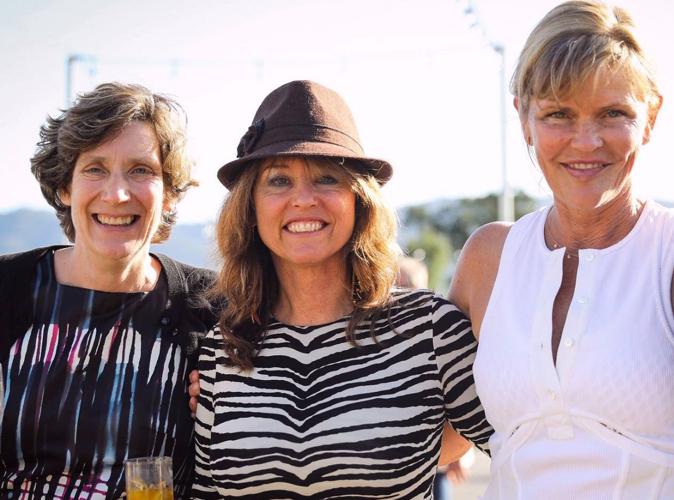 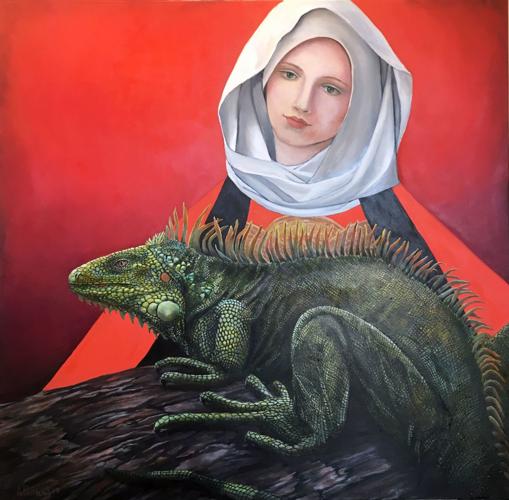 By all accounts, Nimbash 2019, held Saturday, May 18, in St. Helena, was spectacularly successful and enormously entertaining – once more exceeding its organizers’ expectations.

So how did this relatively new fundraiser come into being? And what does it take to produce such an elaborate event each year?

Nimbus Arts was conceived by Dana Johnson, co-founder of Ovid Napa Valley Winery, in 2005 after one of her twin daughters had spent a considerable amount of time in a children’s hospital.

The hospital had an arts and crafts room where Johnson discovered that “the parents (of sick children) would connect and talk more freely when their hands were occupied,” she said.

“There’s something magical about working together on an art project,” said Johnson. “It’s both collaborative and individual – it’s social in a unique way.”

This experience inspired her to create a community art center for Napa Valley.

Collaborating with fellow valley residents Jamie Graff and Janet Pagano, Johnson developed a plan to make art accessible and available to all – and Nimbus Arts was born.

The organization’s name was derived from “Cloud Camp,” their first summer camp program. The campers, working with artists and scientists, studied cloud formations as inspiration for their art projects.

In its early years, Nimbus Arts was supported by private donations. In 2010, it officially became a 501c3 nonprofit organization and the decision was made to initiate the annual fundraiser, Nimbash.

Executive Director Jamie Graff explained that the planning for each new Nimbash begins “in late fall, after our busy summer and early fall classes, camps and events.”

“We come together as a team, both teachers and staff,” said resident artist Anne Pentland, “and begin to discuss the theme – as everything is based on that theme.”

Each year’s theme is unique and all decisions – from set design to the fashion show and even the invitations – arise from the theme.

“We all walk away learning so much from each theme – they inspire internal exploration for everyone,” said Graff. “They bring everybody together.”

This year’s theme, “Home,” resonated very differently with the individuals involved in designing the event.

“How the designers interpreted the theme was very specific and wildly personal,” Graff said.

“Home means so many things to different people,” said Pentland.

In describing the motivation for the set design, Pentland said, “Home starts with structure; an asymmetrical structure as humans aren’t symmetrical.”

“Home equals the earth,” said Melissa Baker, describing the outfits modeled in the fashion show. “So we went ‘natural’ with the theme.”

The fashions included many “homespun and nostalgic items,” said Graff. “Everyone incorporated their own feelings of home into their designs.”

The natural home theme especially harmonized with Pentland, whose paintings reflect her passion for wildlife and her desire to save the “rain forests, grasslands and wetlands that are home to many threatened and endangered species.”

“I was put on earth to be a voice for wild creatures that have as much right to be here as humanity,” she said.

Pentland’s painting, “Iguana Madonna,” one of a series of paintings featuring Madonna-like figures depicted with rare creatures, was one of the most popular items in the Nimbash live auction – selling for $21,000.

The planning and execution of each Nimbash takes many hands.

“I’d say easily a 150-plus artists, employees, board members and volunteers participate in the event’s development,” said Graff.

About six weeks prior to Nimbash, the community is invited to a series of potluck work parties to help prepare for the event. With a variety of tasks, some artsy and some more mundane — like addressing invitations and stuffing envelopes — “there’s something for everyone who wants to contribute,” Johnson said.

Anthony Missaggia called the Star with a story illustrating what a gem Steves Hardware is. He and Andrew Perez were working on Andrew’s truck …

Thanks for support of NIMBASH

On Saturday, May 12, NIMBASH 2018, our ninth annual interactive arty party and auction dazzled more than 350 art lovers from the Napa Valley a…

A more colorful place to “be and be seen” cannot be imagined than last Saturday’s 9th Annual NIMBASH “Arty Party.”

The 2017 NIMBASH event, held on the campus of the St. Helena Montessori School on Saturday, May 15 was billed as “an utterly original arty par…

A big thanks from Nimbus Arts

The Baker Sisters: When art and life are inseparable

There is a little mystery and mystique surrounding the Baker Sisters, which is not entirely unfounded. During a recent visit to an exhibit at …

Nimbus Arts has canceled its annual NIMBASH fundraiser, which had been scheduled for May 9.

Anne Pentland makes the most out of quarantine with new works of art.