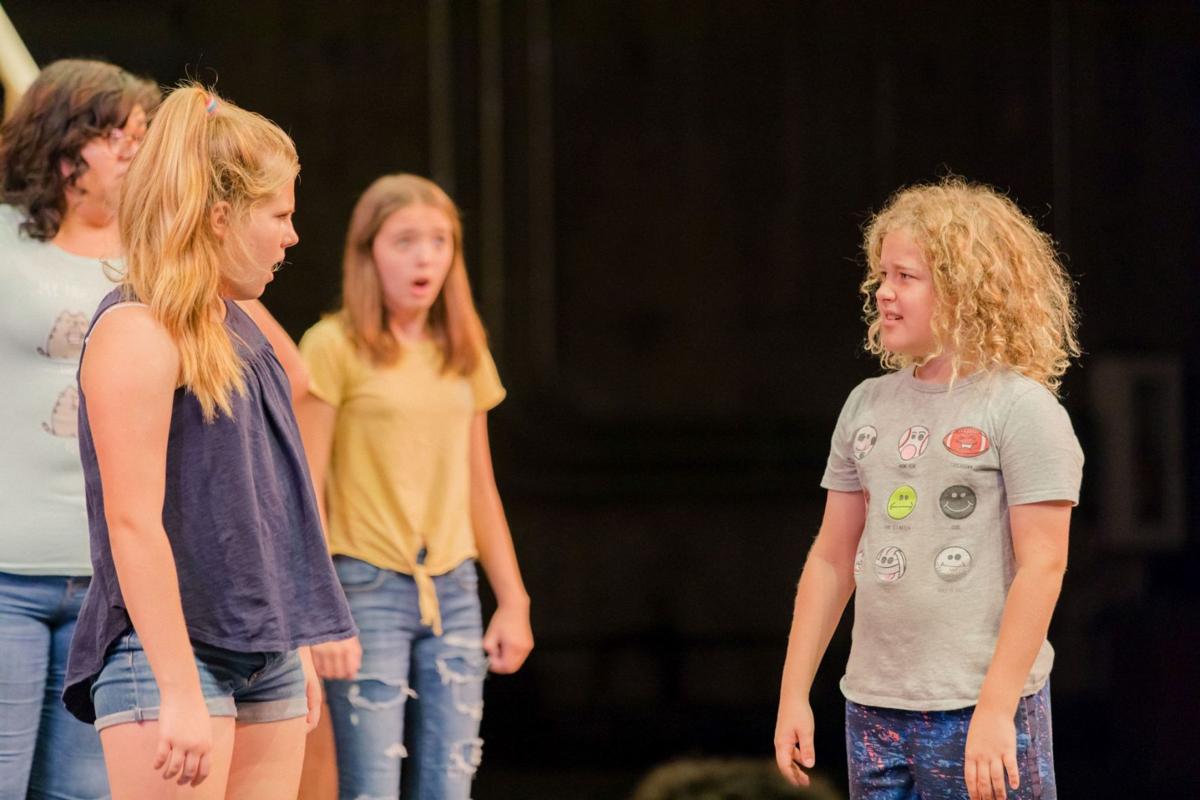 Anna Harrington as Jane (Cast A) and Noah DuBois as Michael (Cast A). 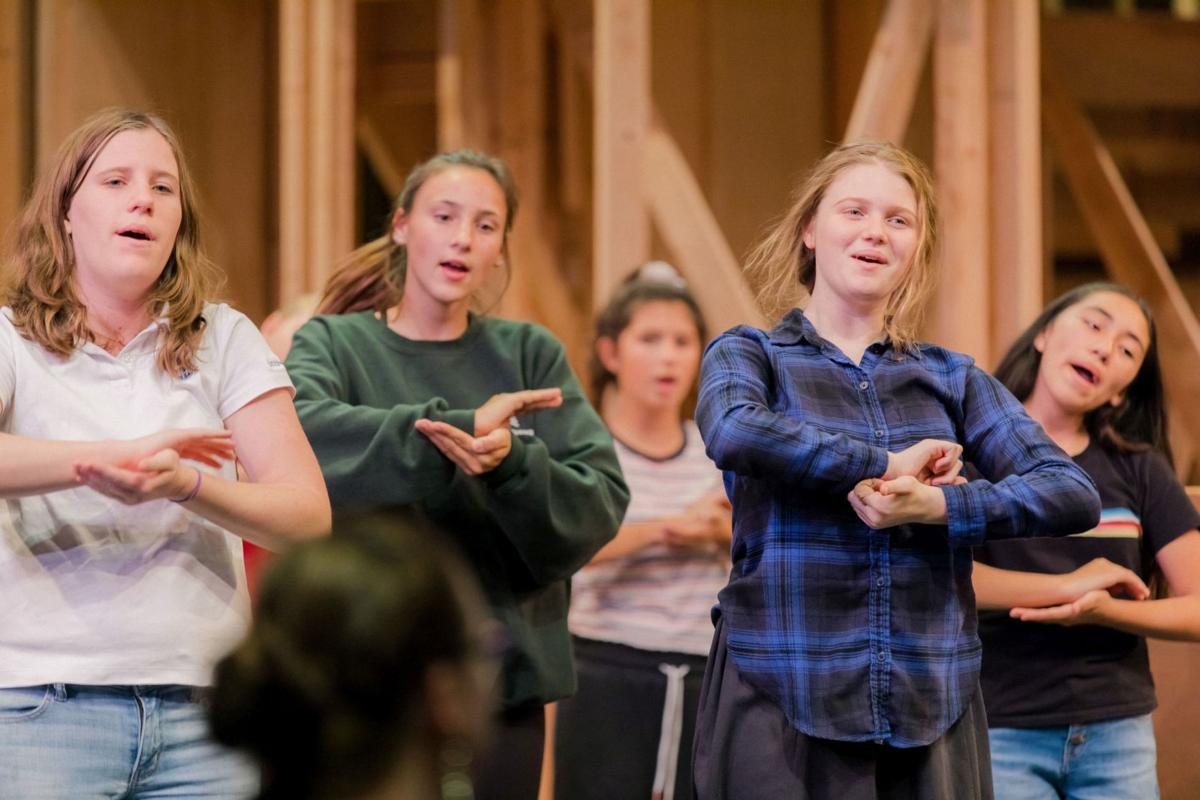 Lucy Harrington, Sadie Carpenter and Josie Goldfarb are among the cast of "Mary Poppins." 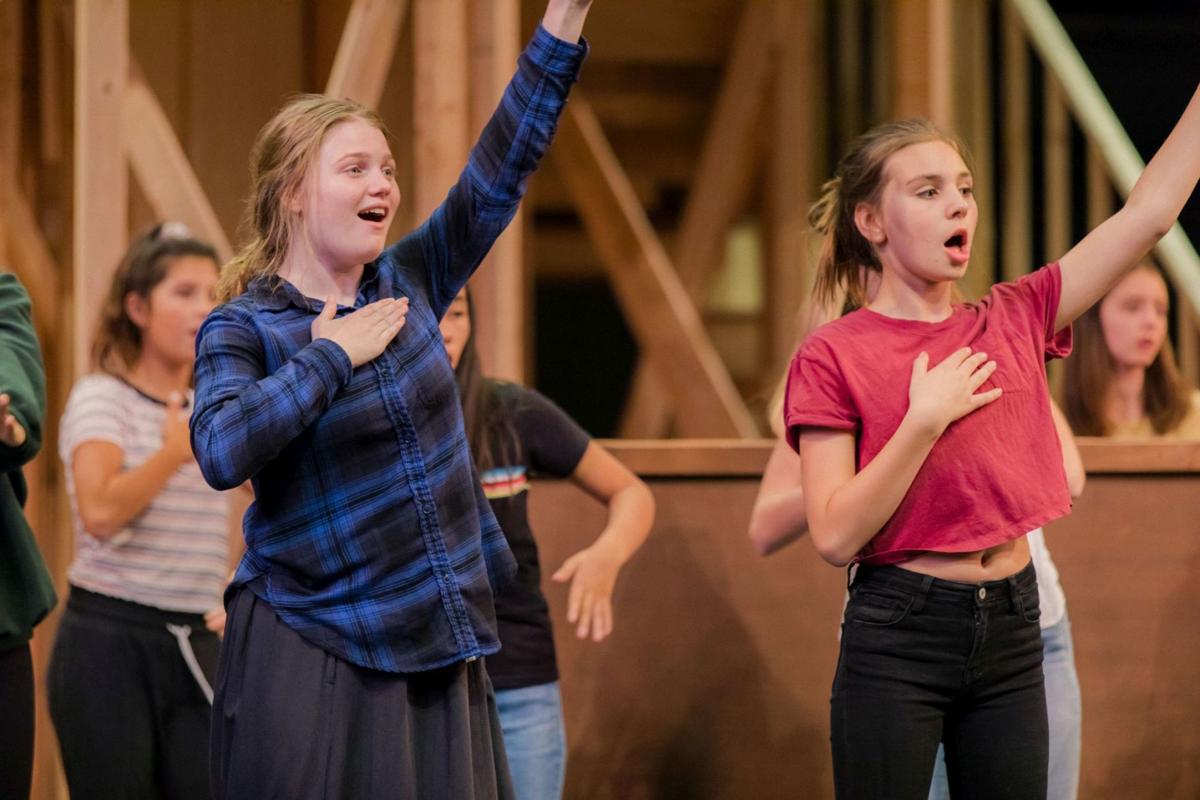 Josie Goldfarb as Mary (Cast B) and Olivia Nichols as Jane (Cast B). 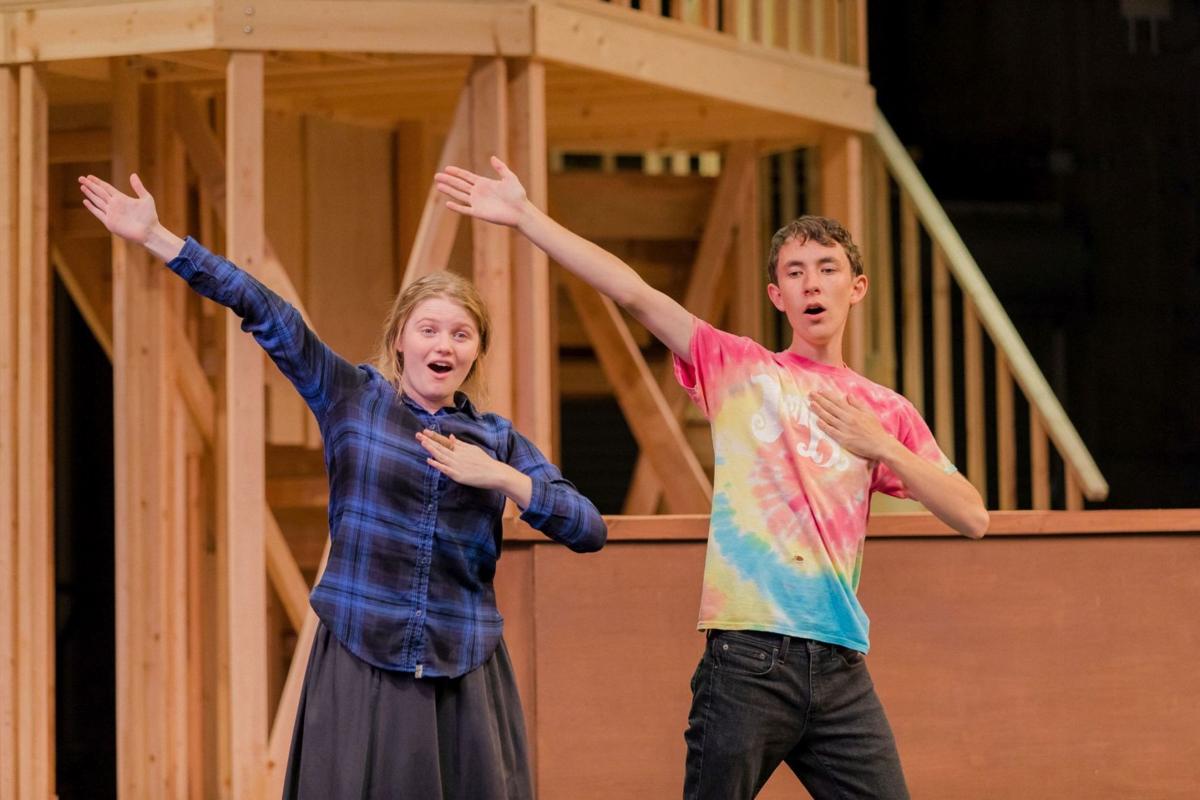 Josie Goldfarb as Mary Poppins (Cast B) and Francisco Sitiora-Gutierrez as Bert (Cast B).

Take the world’s coolest nanny, add a string of memorable songs, throw in lots of British accents, and it should add up to an entertaining evening for theatergoers.

“Mary Poppins” is a musical with multi-generational appeal, Guillot said. Adults remember the Julie Andrews version from their childhood, and the story instantly appeals to modern kids.

It also has personal significance for Guillot, who started her theatrical career at the age of 5 by singing “Let’s Go Fly A Kite” during a successful audition.

“I was 5 years old and I was obsessed with Mary Poppins,” she said. “It’s always been a dream of mind to do the show at some point.”

The production features young cast members from around the Napa Valley, including Josie Goldfarb as one of two actresses playing Mary. A few of the Upvalley players chatted about the show during a recent rehearsal.

Michael Banks, one of Mary’s two young charges, is played by Connor Cleland, a fifth grader. Like Mary, the role of Michael is double-cast, with Cleland performing with Cast B.

“It’s my first big role, and it’s really exciting,” he said. “There’s a lot of pressure, but at the end it’s really going to pay off.”

Cleland has to remember a lot of lines, and he found that writing some of them down helped him memorize them. His favorite parts of the role are speaking in a British accent and flying around with the help of a wire harness.

Cleland is already a seasoned actor, having previously appeared in the Cafeteria Kids productions of “Shrek The Musical,” “Willie Wonka” and “Peter Pan.” He said he loves the theater and adds, “I’m going to keep doing it forever, hopefully.”

Eighth grader James Gott of St. Helena landed the crowd-pleasing role of Willoughby, a dog belonging to the elderly Miss Lark. The “dog” is a mechanical contraption covered in felt and cardboard, but the performance is all Gott’s.

“First I had to learn how to bark – a sad bark, a mean bark – and then I had to go into a room with a bunch of mirrors and practice with the dog for like a day straight,” Gott said. “How to walk and make him sit. I’m still working on it.”

Gabe DuBois, 14, of Angwin plays a few supporting roles and sings some songs. It took him two hours to learn about 30 seconds worth of complicated hand gestures during “Supercalifragilisticexpialidocious.”

“The hardest part was learning to spell it,” he said.

Dayton Ochoa, who graduated from St. Helena High School in 2016, plays the bank chairman and a chimney sweep.

“He’s very set in his ways, he’s ancient, and he’s the ruler of his kingdom,” Ochoa said of the bank chairman, who’s a good 80 years older than Ochoa himself.

Ochoa’s favorite part of the show is working with the younger kids, and the most challenging part has been mastering a snooty British accent while also speaking loudly and deeply enough for his voice to project to the audience.

Nora Hearn, a fifth grader at St. Helena Elementary School, plays a penguin, a chimney sweep and a bank customer. Obviously, the penguin is her favorite.

And with that, she splayed out her feet, put her arms to her sides with her palms down, and demonstrated a penguin waddle that could only be described as supercalifragi –

Well, you know the rest.

For tickets go to napavalleytheater.org.

Final weekend for "It's 'A Wonderful Life' at NVC

Shrek the Musical: a party on stage

Need a theatrical pick-me-up? Then I’d advise seeing “Shrek the Musical,” Broadway’s version of the DreamWorks film “Shrek” from 2001, and Wil…

In 2018, high school libraries are all about knowledge and career readiness, not just books.

Shakespeare Napa Valley's student company presents a virtual presentation of “Romeo and Juliet” on Thursday, July 16 at 7 p.m. as a live Zoom performance.

Anna Harrington as Jane (Cast A) and Noah DuBois as Michael (Cast A).

Lucy Harrington, Sadie Carpenter and Josie Goldfarb are among the cast of "Mary Poppins."

Josie Goldfarb as Mary (Cast B) and Olivia Nichols as Jane (Cast B).

Josie Goldfarb as Mary Poppins (Cast B) and Francisco Sitiora-Gutierrez as Bert (Cast B).