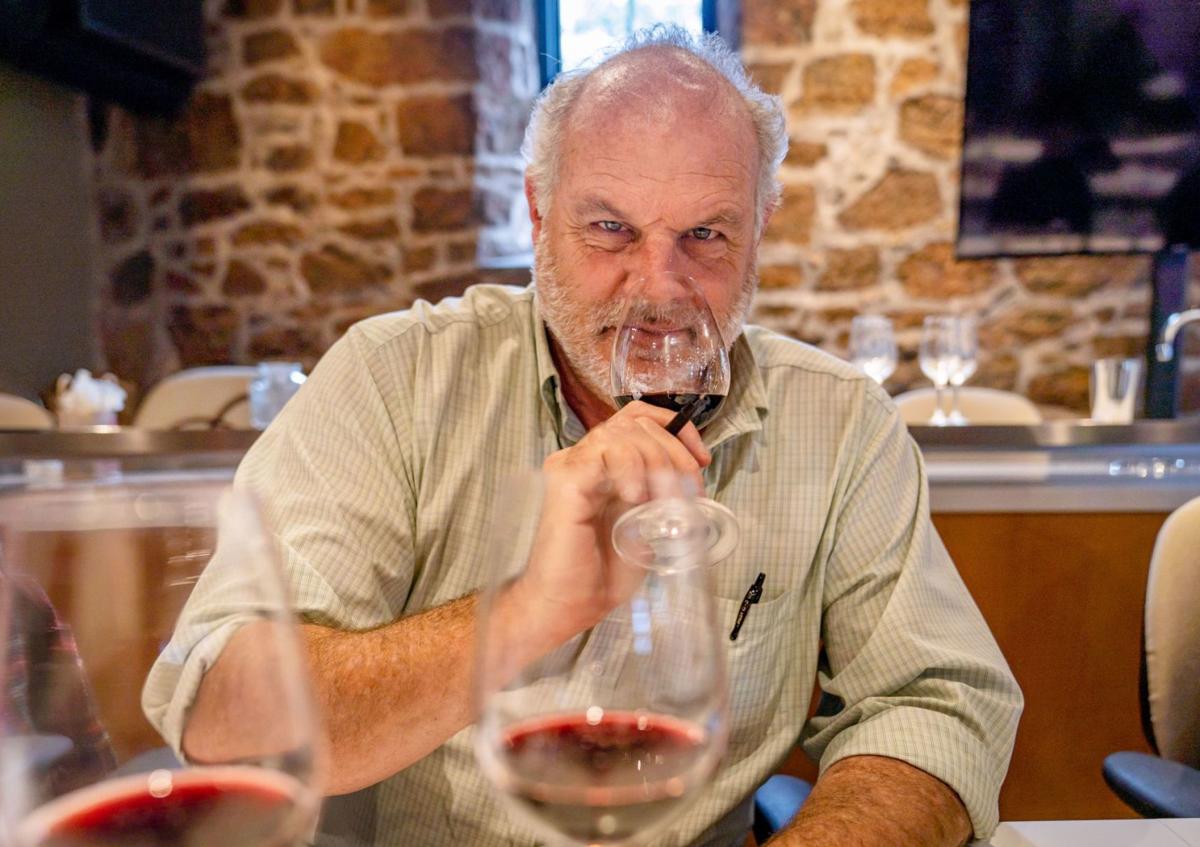 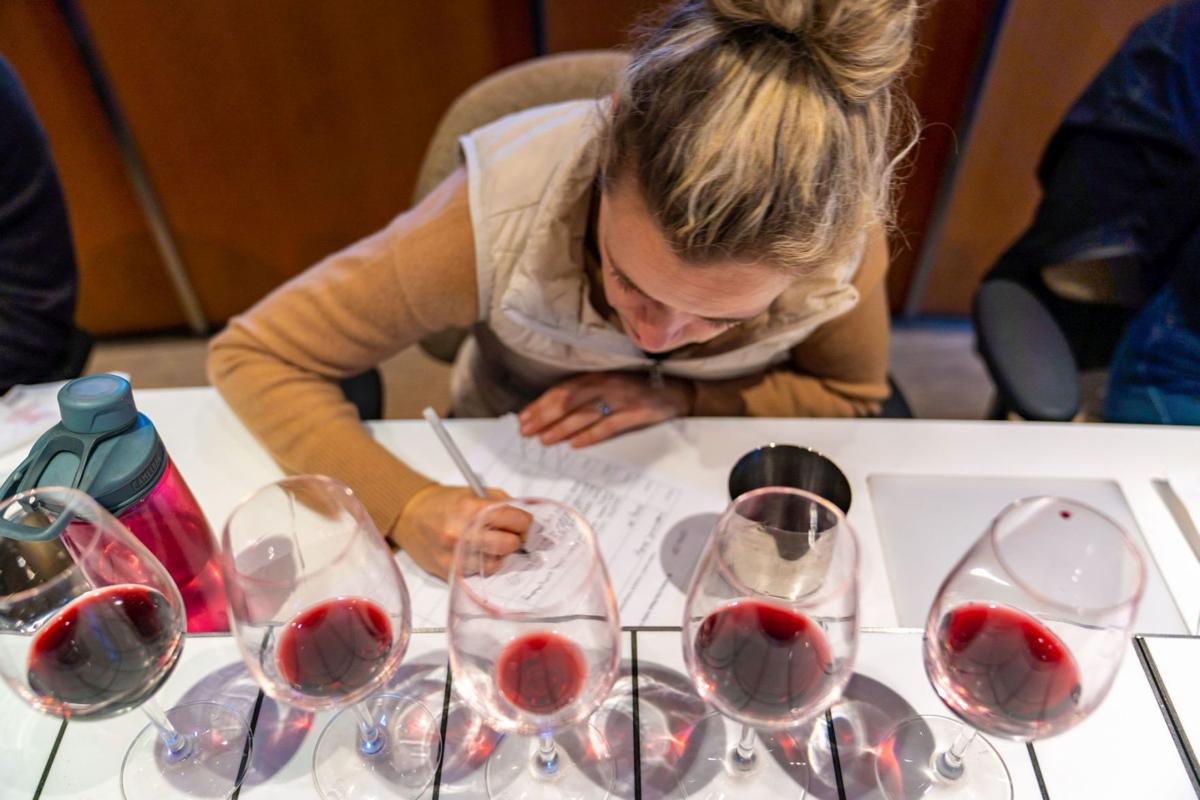 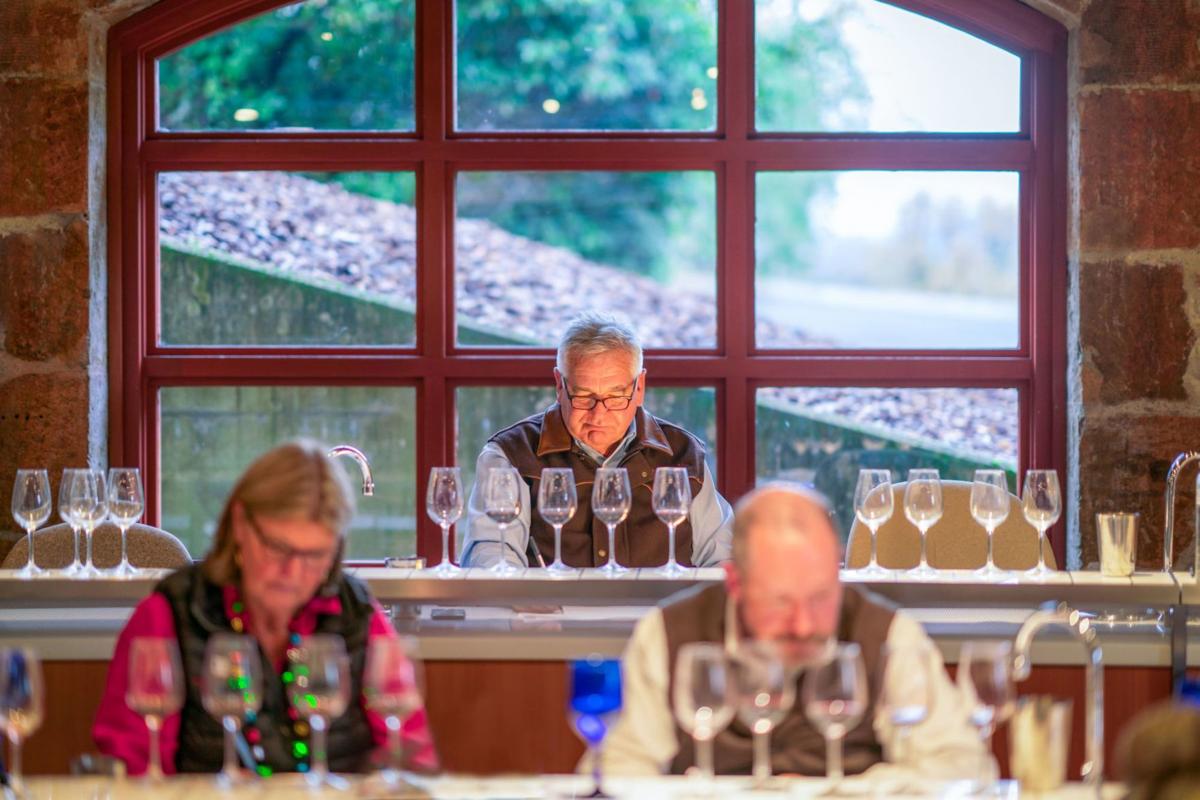 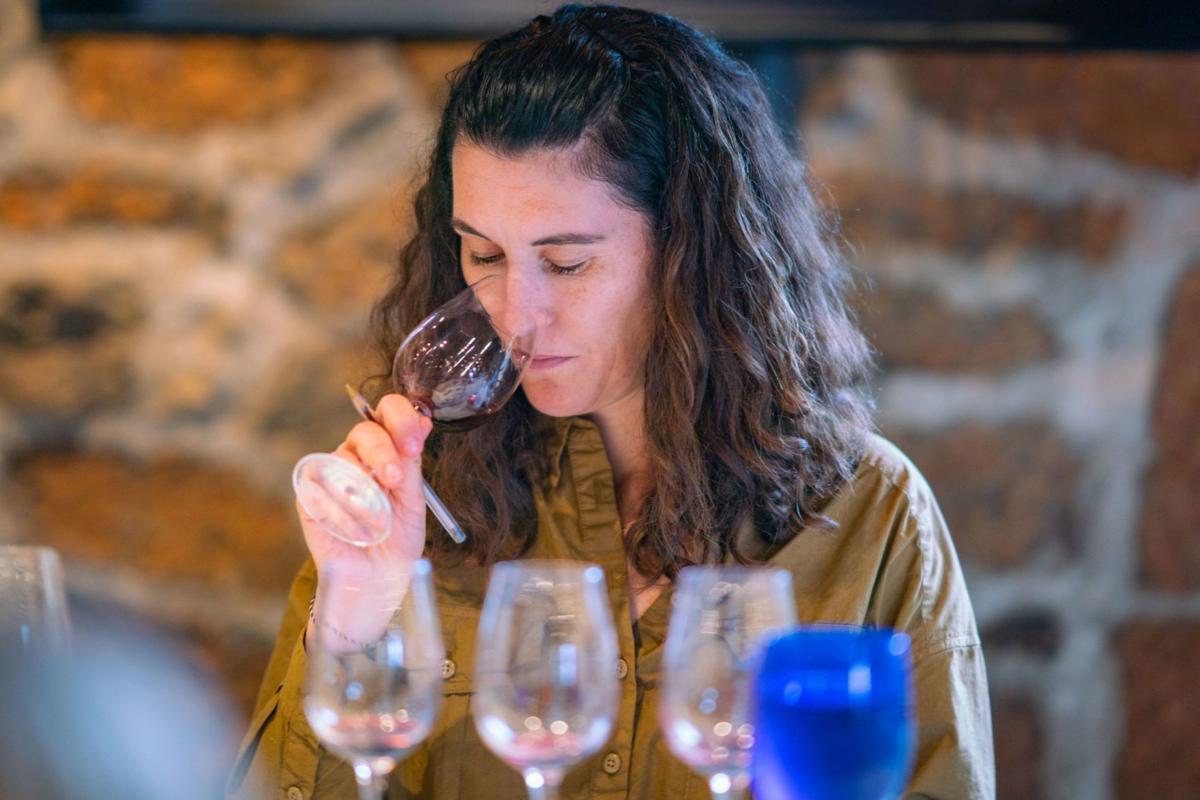 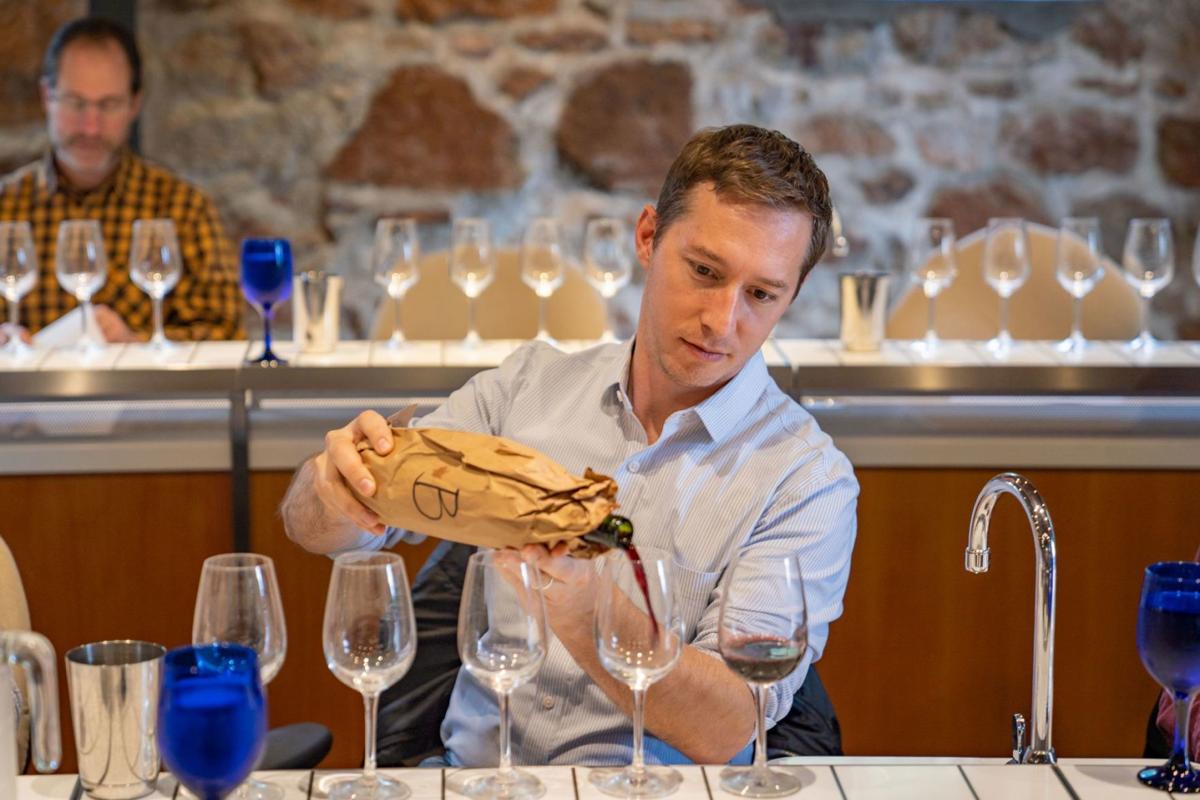 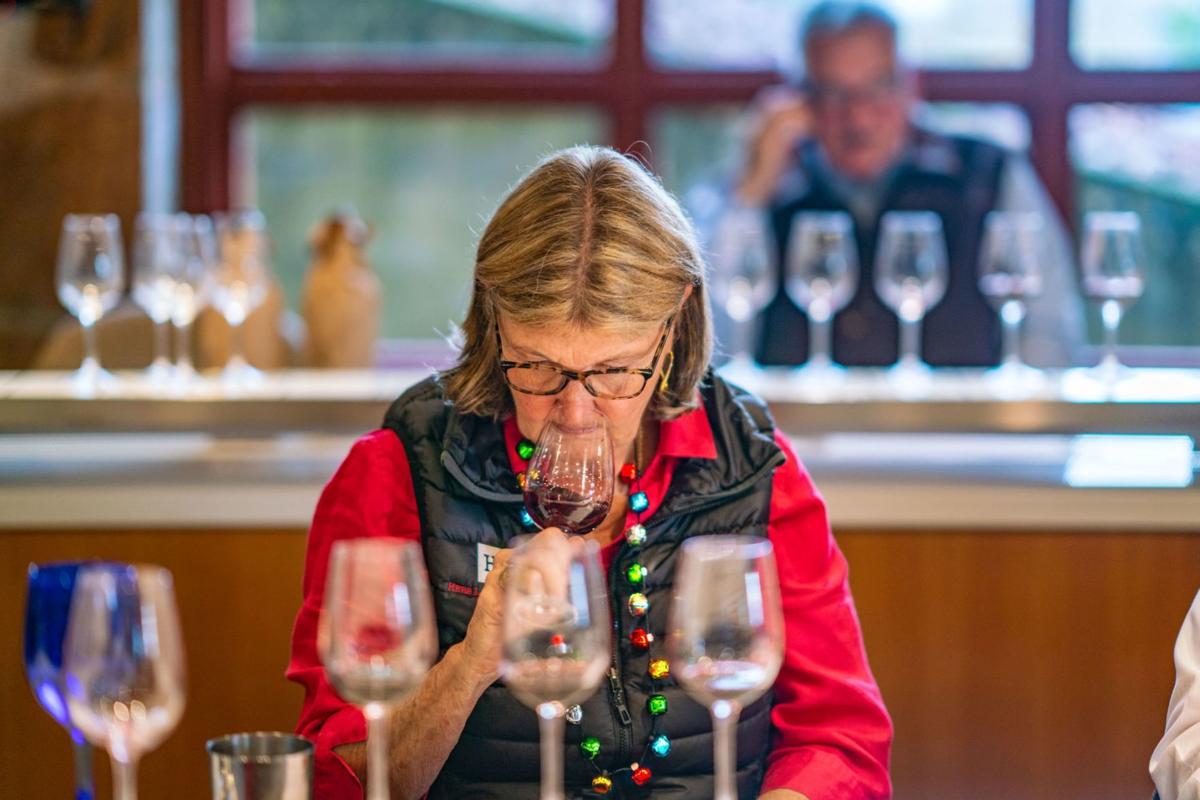 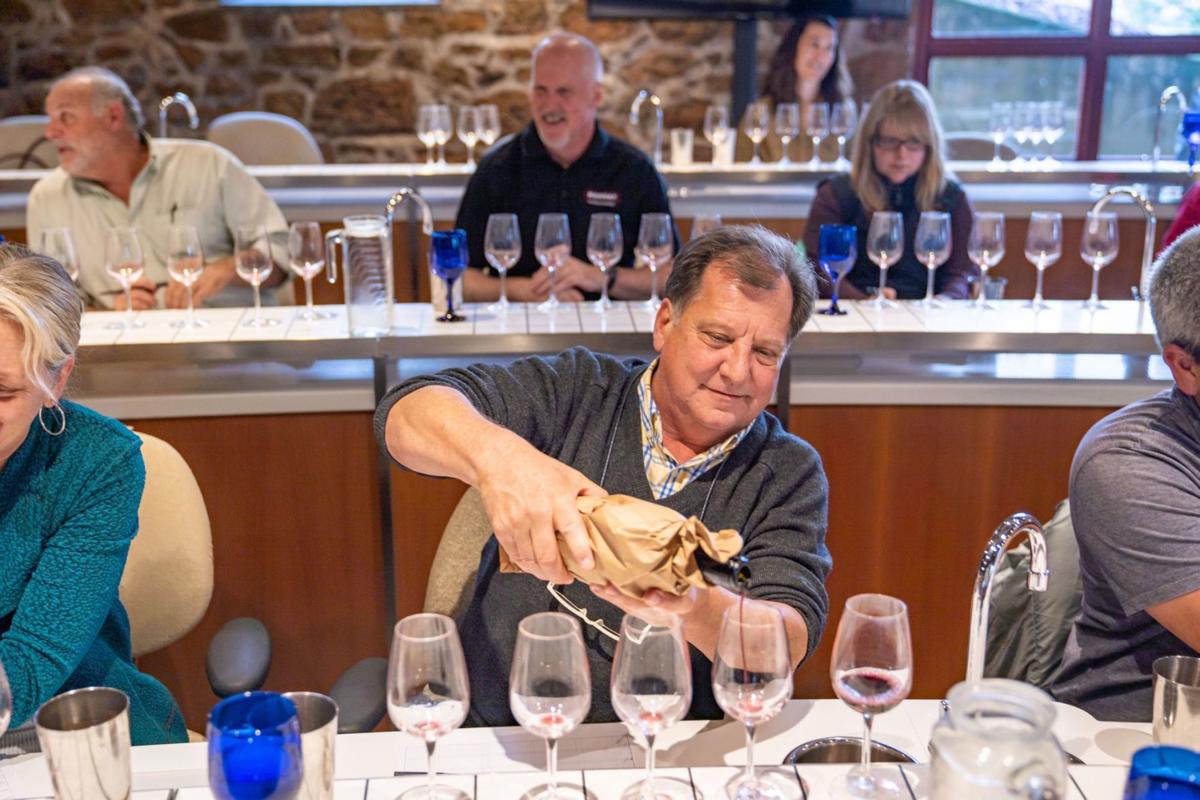 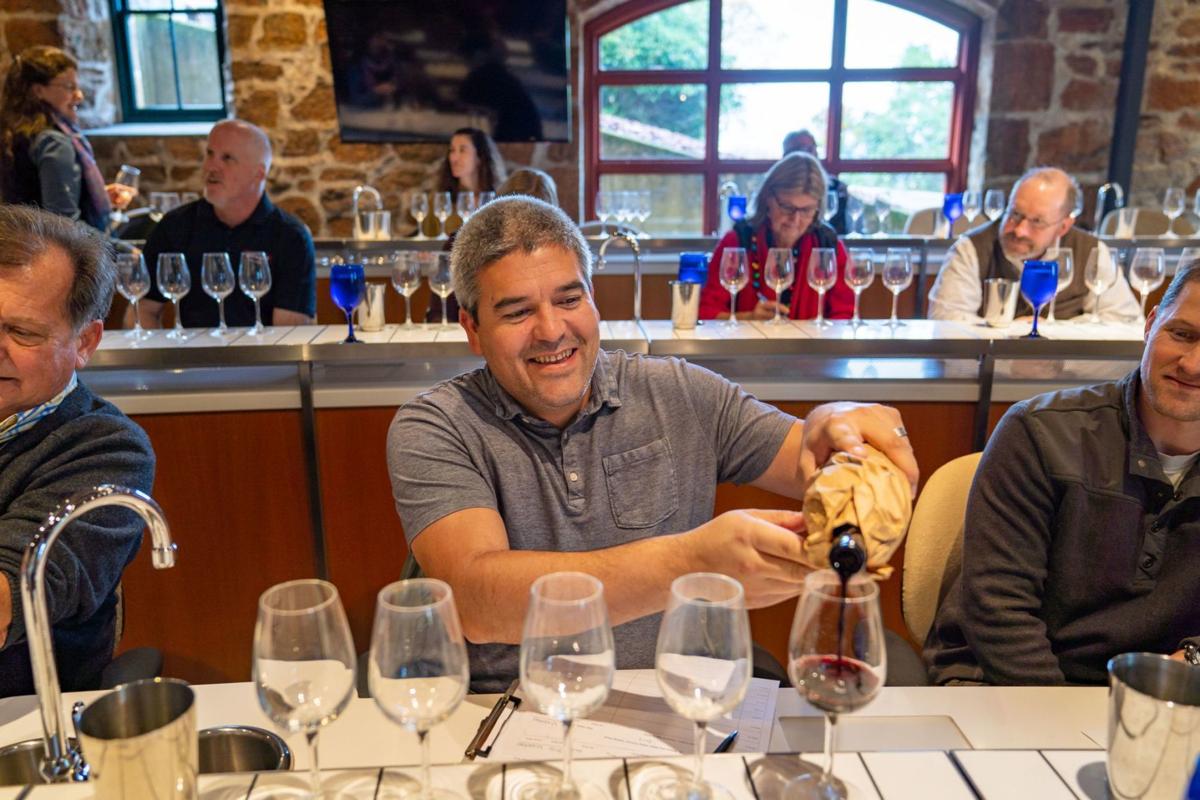 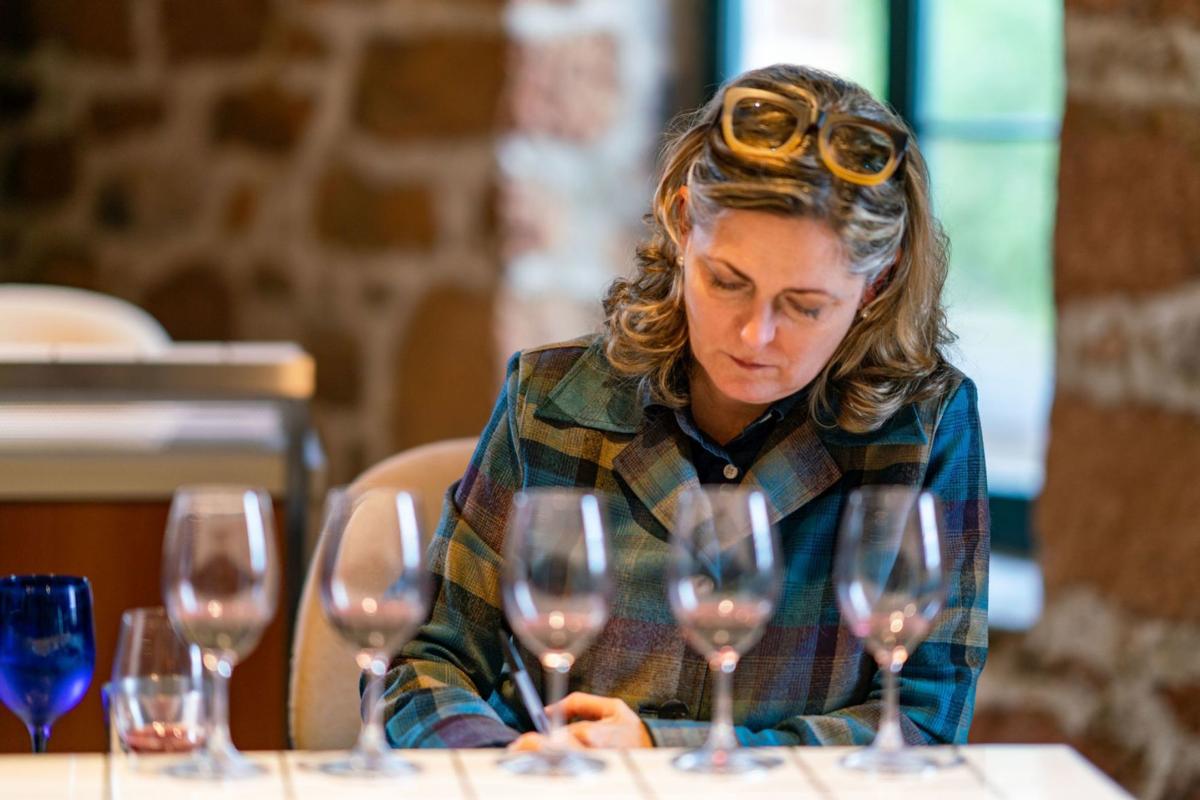 According to the 2018 Napa County Crop Report:

With five flights of two dozen Napa Valley Cabernet Franc wines available for the St. Helena Star/Napa Valley Vintners Tasting Panel to assess last month, it was clear that Cabernet Franc is a phenomenon worth attention.

During the panel discussion, John Skupny, who has been making Cabernet Franc for 26 years under his Lang & Reed label, said, “With the scope of this tasting, it is exciting to see Cabernet Franc become a lead player in the Napa Valley. It is a wine that expresses its own complexities and unique characteristics.”

Robin Baggett, owner of Alpha Omega Winery, said, “It’s more than a blending wine,” explaining that he makes a Cabernet Franc for which some of his clients are willing to pay top dollar.

Michael Martin, general manager of Market Restaurant in St. Helena, agreed, saying, “People who like Cabernet Franc and like to geek out [about wine] are willing to pay the price for it. It has a cult following.”

Alan Viader of Viader Vineyards & Winery, whose family makes a Cabernet Franc under the DARE label, commented, “When it’s done right, it pairs better with food; it’s a little softer” than Cabernet Sauvignon. Alan then discussed the holy grail of Cabernet Franc: its aromatics, spices and a peppery quality. He concluded, “It’s incredible when planted in the right places, and if you don’t over-extract [it] to keep its elegance.”

Karen Cakebread of Ziata Wines also commented on the wine’s affinity with food, calling Cabernet Franc “a companion on the table with food.”

The samples tasted by panelists included both 100% and Cabernet Franc-dominated wines.

Valued for its aromatics and the bright lift it adds to Cabernet Sauvignon in particular, Cabernet Franc is prized in Napa Valley’s sought-after red blends. The grape, however, stands well on its own, with 100% varietal wines showing good tannins for aging; a richly intense color; bright acidity; and a range of red to black fruit flavors, fresh and dried herbs, a touch of violet floral, and toast or sweet baking spices from oak.

The descriptors may sound similar to many Cabernet Sauvignon wines in the Napa Valley, and that would not be overly surprising given that Cabernet Franc is a parent vine to Cabernet Sauvignon, but the former’s particular virtue is in those beautifully vibrant aromatics.

While hang time and wine making influence the final style, Cabernet Franc is still, in general, not as dense or as tannic as Cabernet Sauvignon. It continues to offer the rich, deeply fruited flavors that Napa Valley wine lovers savor.

Clos du Val 2016 Cabernet Franc Stags Leap ($100) Bernard Portet’s Napa Valley property search more than four decades ago still proves to be a winner today. Portet was tasked with finding a site for what would be Clos du Val, and only four years later, the winery won top placement in the Paris Tasting. While that was a Cabernet Sauvignon, this Cabernet Franc is a stunner: dark black plum and cassis lifted by bright acidity and made complex with lots of herbal and spice notes.

Gibbs Vineyards 2016 Cabernet Franc Napa Valley ($28) Decades ago, Dr. Lewis Gibbs Carpenter Jr. replaced some orchards on his St. Helena property with grapes. He has since passed away, but his family continues to make wine from the vineyards that the good doctor planted. Grandson Spencer Gibbs Handly learned to drive a tractor at age 5, and now manages the family vineyard. This wine’s mouthfilling deep, dark fruits are structured by firm age-worthy tannins but the juicy black cherry and plum flavors are deliciously approachable now. This is an incredible wine for the price.

Silenus Winery 2016 Cabernet Franc Oak Knoll ($50) For Silenus, it was rocket science that started this winery’s road to winning wines. Bruce Newlan was a noted scientist, who planted grapevines on his Oak Knoll property in 1968. The ownership has changed, but the grapes that once went to Robert Mondavi, Silver Oak and Inglenook now go into wines such as this black cherry fruited Cabernet Franc with layered vanilla and spice.

Detert Family Vineyards 2017 East Block Oakville ($175) This $175 Cab Franc all started with co-founder and winemaker Tom Garrett making the same varietal wine in his basement. And then he went off to work for Turley Wine Cellars and other Napa Valley greats. Also behind this winning wine is vineyard manager Mike Wolf. He is one of those venerable industry guys who knows more than a dozen others put together. Dark cherry, blackberry and black plum are layered by sweet oak (cinnamon, toast) with plenty of sturdy tannins to make this age for years.

Catherine Bugue, the St. Helena Star’s tasting panel writer, loves writing about — and drinking — wine. She is also the co-founder of the Napa Valley Wine Academy in Napa. You can contact Catherine at catbugue@gmail.com. Only wines from Napa Valley Vintner member wineries are accepted and tasted. Many wineries offer local residents discounts on their wines through the Napa Neighbor program, visit napavintners.com/programs and click on Napa Neighbor to learn more.

The Napa Valley's mountain Cabernets live up to their high reputation, according to the panelists involved in a recent St. Helena Star/Napa Valley Vintners tasting.

2016 Napa Valley Cabernets: A particularly newsworthy vintage is on the horizon

There was a common thread among panelists’ comments at the latest Napa Valley Vintners and St. Helena Star Tasting Panel session this past mon…

Tucked into a breezy spot in Oak Knoll, anchored with deep roots on a Spring Mountain slope, or acting as gatekeeper for incoming fog through …

Releasing a bottle of wine is one thing. Convincing a consumer in Beijing, Paris or New York to buy it – now that’s a challenge.

A woman walks into a restaurant, bringing in a bit of the outdoor heat with her. She picks up the wine list at the bar and spots the rosé. She…

Here's a look back at some of the best wines tasted by the St. Helena Star/Napa Valley Vintners Tasting Panel in 2019.

ZD Wines is offering vertical compilations of some of its most renowned wines.

Napa Valley’s Hesperian winery and vineyards "Is not a place, it’s an idea, it’s about crafting something beautiful, complex and individual."

Slow and steady wins the race: Merlot in the Napa Valley

Inglenook has opened a new pergola private lounge in their courtyard looking out at views of the estate vineyard. A three-course Food & Wi…