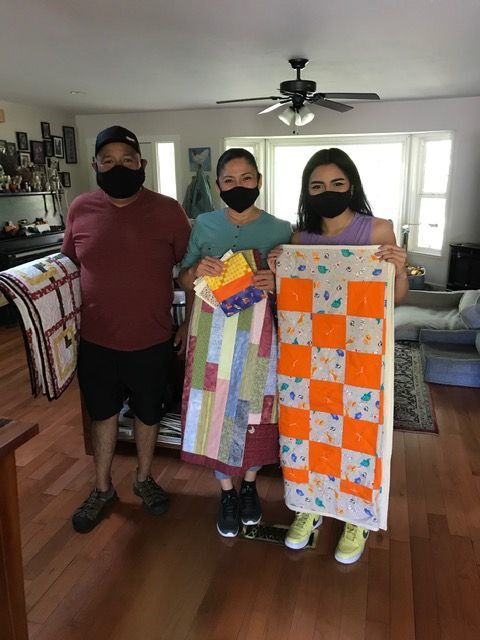 Local quilters have given more than 400 quilts to victims of last year's fires. 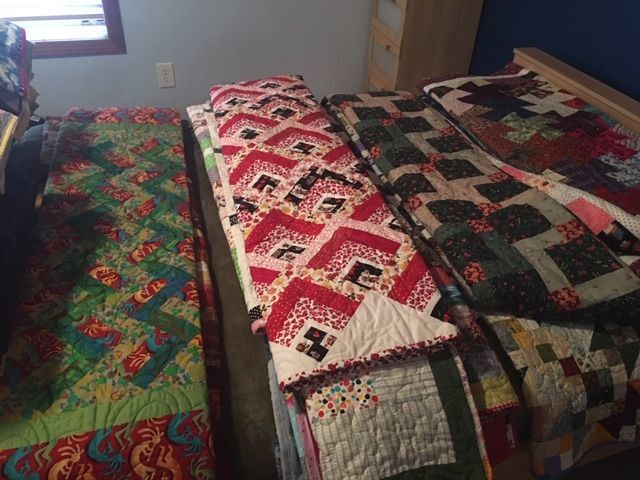 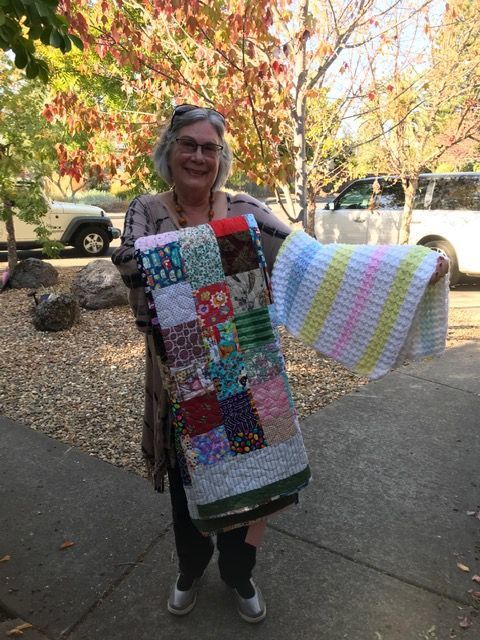 Trina Wagner says giving a fire victim a quilt is like "giving them a big hug and saying how sorry we are." 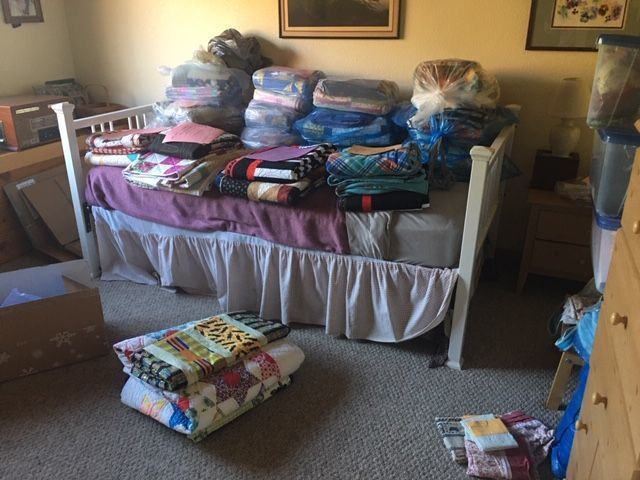 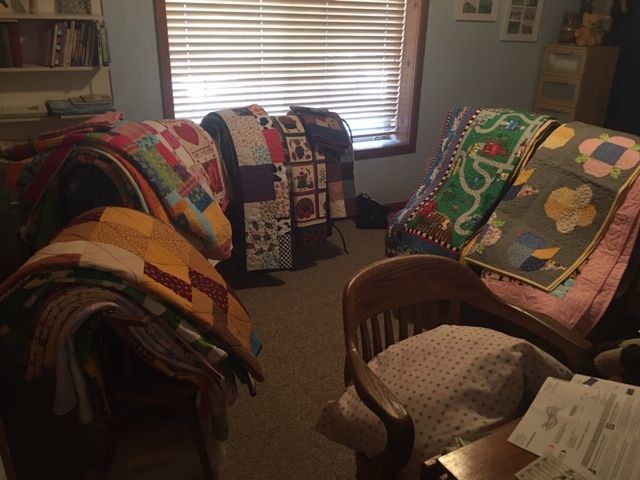 Local quilters made hundreds of quilts for victims of last year's fires.

There’s nothing more comforting than a nice puffy quilt, and there’s nobody in need of more comfort than a fire victim who’s just lost their home.

Trina Wagner and the Napa Valley Quilters gave away more than 400 quilts to victims of last year’s Hennessey and Glass fires.

“Some people tell me it’s the first thing they’ve owned since they lost everything in a fire,” Wagner said. “It’s like us giving them a big hug and saying how sorry we are.”

Wagner invites friends and family to periodic quilting retreats at her home near Lake Berryessa. Shortly after the 2015 Valley Fire, the team spent the five-day retreat making 30 or 40 quilts for fire victims.

“I’ve been doing it ever since because the fires haven’t stopped,” Wagner said. “When there’s a disaster, quilters always want to help.”

After last year’s fires, quilters from as far away as South Carolina sent quilts to the Napa Valley Quilters, which sent them to Wagner for distribution.

An elderly man from her sister’s church also donated 34 quilt tops made by his late wife, so Wagner found local quilters to finish them on their home machines. (A quilt consists of three layers: a patterned top, backing, and fluffy batting in the middle.)

Wagner was quick to give credit to collaborators like Ines Chiarello, Lori Dunn, Rose Luce, president of the Napa Valley Quilters, and Julie Bolander, who teaches a quilting class at Napa Valley College.

“It’s become a spiderweb of people who are instrumental in helping,” she said.

'Flow,' a show of photographs by Quinn Saine, opens in Yountville

Northern California photographer Quinn Saine has a new show of his work opening in Yountville this February.

Poems selected for public artwork in the RAD in Napa

Three poets' works have been chosen for the next Rail Arts District project, "Passages."

Just in time for Valentine's Day, the CAC is creating a self guided walking tour of poetry. Submit your own or your favorite author's poems.

Nimbus Arts is celebrating 15 years of supporting local artists and the arts.

People all over St. Helena are decorating wine barrels as part of an artsy, fun and neighborly way to liven up town during the Easter holiday.

Local quilters have given more than 400 quilts to victims of last year's fires.

Trina Wagner says giving a fire victim a quilt is like "giving them a big hug and saying how sorry we are."

Local quilters made hundreds of quilts for victims of last year's fires.