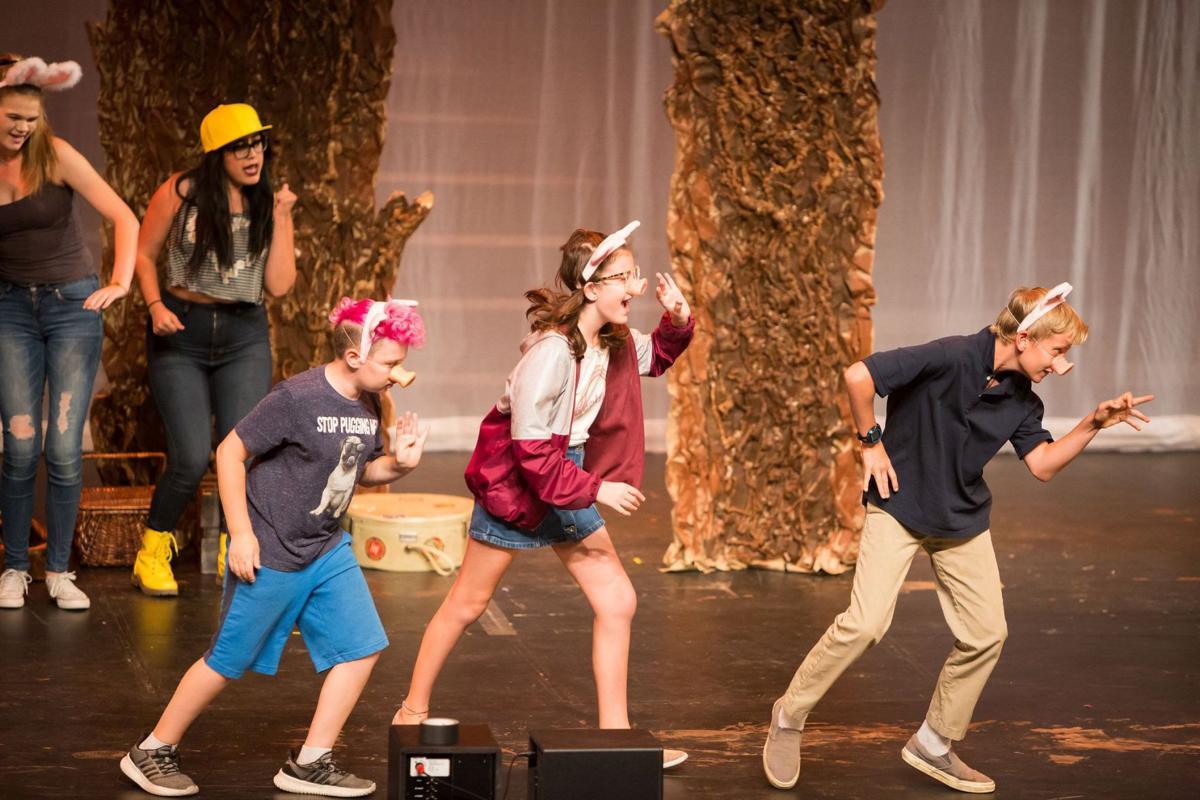 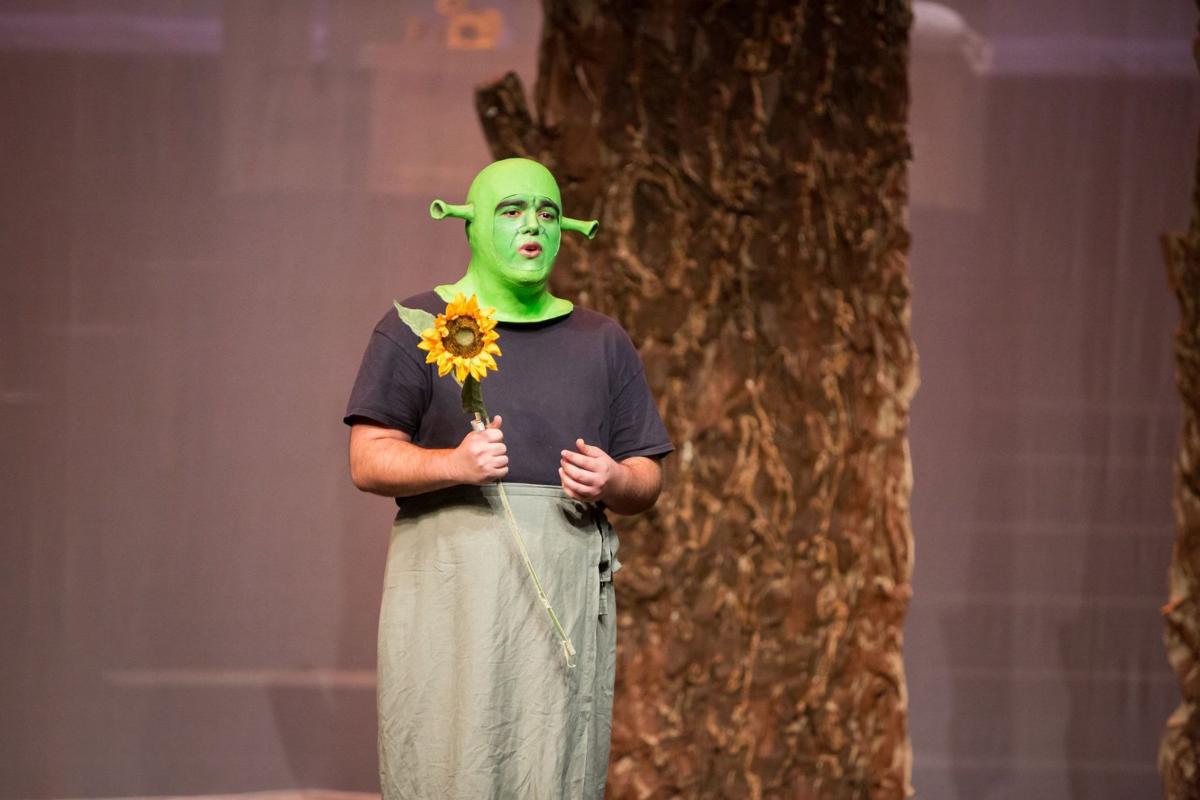 Charles Jaeger plays the title character in "Shrek the Musical." 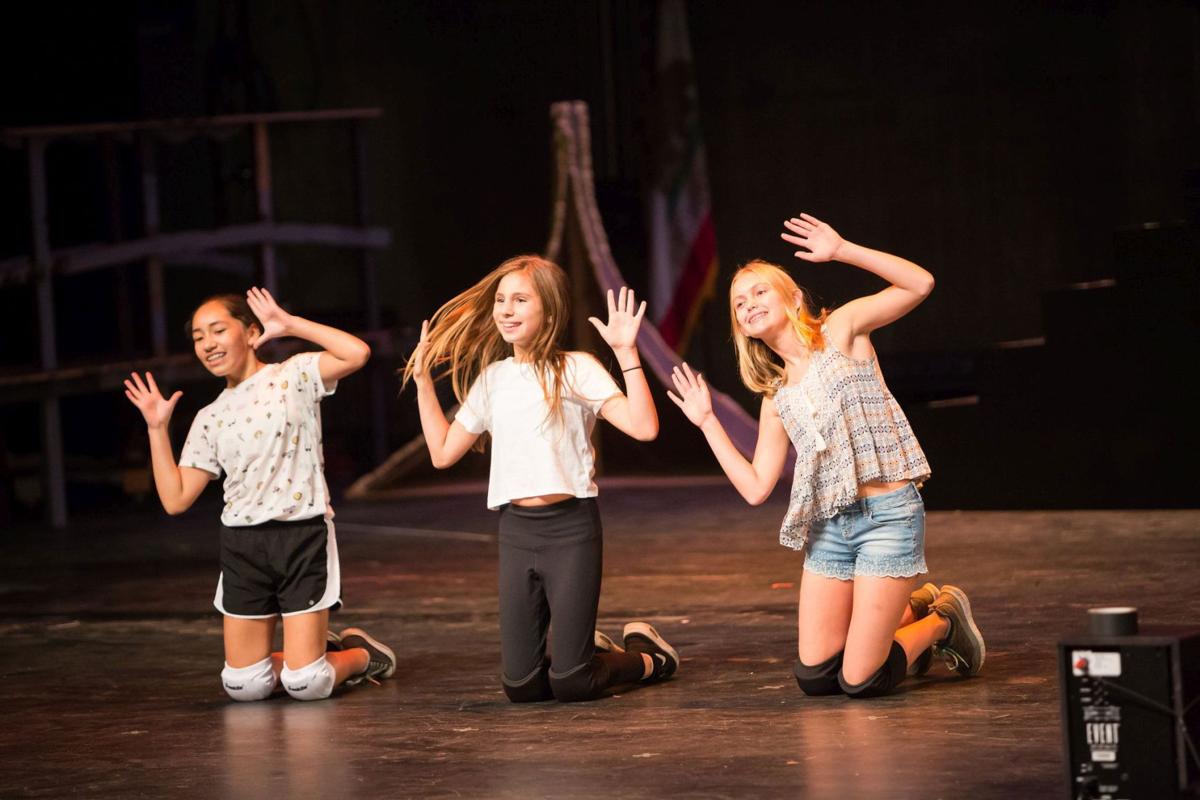 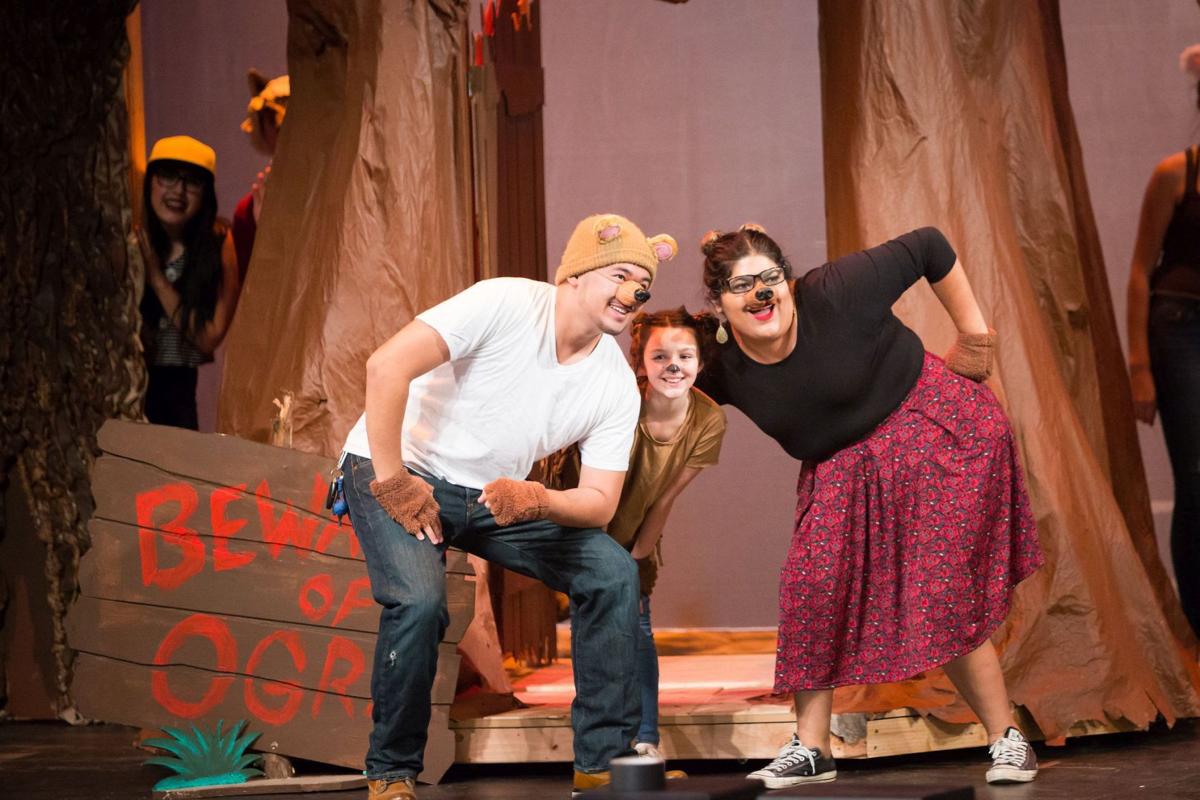 From the moment a crew member asked “Are we going to do farts and burps?” during a recent rehearsal, it was obvious that “Shrek the Musical” is not your grandmother’s fairy tale.

The show, running Nov. 3-12 at the Napa Valley College Main Theater in Napa, is a collaboration between the college’s Theater Napa Valley and the nonprofit Cafeteria Kids Theater. The cast and crew include kids, college students and professional actors.

“We’ve always done a show in the fall, and so has Cafeteria Kids,” said Jennifer King, artistic director for Napa Valley College. “I thought what better way to get the experts in theater in our valley working with (NVC) students, and then have those students interfacing with the kids.”

“Shrek the Musical” is a Tony Award-winning show based on the popular movie franchise. Lucy Harrington of St. Helena plays Shrek’s love interest, Adult Fiona, who has spent most of her life locked in a tower. Harrington called her character “very quirky.”

“She’s also a badass at the same time – I don’t know if I can say that,” she said with a laugh. “It’s the only princess role I feel like I could ever play because it’s not the typical Aurora or Belle.”

Harrington is a veteran of St. Helena High School drama productions such as “You’re a Good Man, Charlie Brown,” “You Can’t Take It With You” and “Thoroughly Modern Millie.” Now attending Justin-Siena High School, Harrington joined the cast of “Shrek” after interning with Cafeteria Kids Theater at various camps.

“There are things about Fiona that are very erratic, but at the same time she’s joyful and bubbly,” Harrington said. “She keeps her spirits up, because that’s the only way she could have survived for 20 years locked in a tower.”

She said kids and adults will find something to enjoy in “Shrek,” since the show’s humor works on multiple levels.

“It also has a good message about being who you are and not trying to conform to what society wants to see you as,” Harrington said.

Fiona as a teenager is played by Josie Goldfarb, who does triple duty as a tap-dancing rat and one of the three blind mice.

Goldfarb, who once played the lead in a Cafeteria Kids Theater production of “Peter Pan,” said she loves all the references to other musicals sprinkled throughout the “Shrek” script. Her favorite moment (minor spoiler alert) is when all three Fionas get onstage and sing together.

April Shaw and James Gott play pigs. The show “lets you express really deep down who you want to be,” Shaw said. “It’s a comedy, but at the same time serious.”

Gott said the most difficult parts of his role are the singing and choreography. Sometimes his voice gets a little hoarse from the singing, but “everything’s really fun,” he said.

Charles Jaeger, whose friendly personality couldn’t be further from the cantankerous ogre he plays, said his friends convinced him to audition for the role of Shrek.

“It’s been a challenge to try to find the ogre in me, but it’s a fun challenge,” he said.

Before last week’s rehearsal, it took almost an hour to apply Jaeger’s green makeup, facial prosthetics and costume, which includes body padding and lifted shoes to make him taller.

“It’s comfortable, but I do get pretty hot in all this,” he said. “They’re going to put iced sponges in there so I can stay cool.”

Jaeger said he loves collaborating with the rest of the cast and crew and watching each element of the production cohere.

“It’s not about someone loving their own individual part,” he said. “I love seeing the whole thing come together.”

“If you come see this show, you will definitely see the hard work and dedication that people put into a show like this,” Jaeger said. “You’ll also see how much passion that every person on the stage has, to come out here and give it their all.”

The show is directed by Olivia Cowell and Aimee Guillot, with musical direction by Vivian McLaughlin.

(This article has been corrected to reflect that Josie Goldfarb plays Teen Fiona, the rat and the mouse, while April Shaw and James Gott play pigs.)

Tickets are available at TheaterNapaValley.org.

Charles Jaeger plays the title character in "Shrek the Musical."