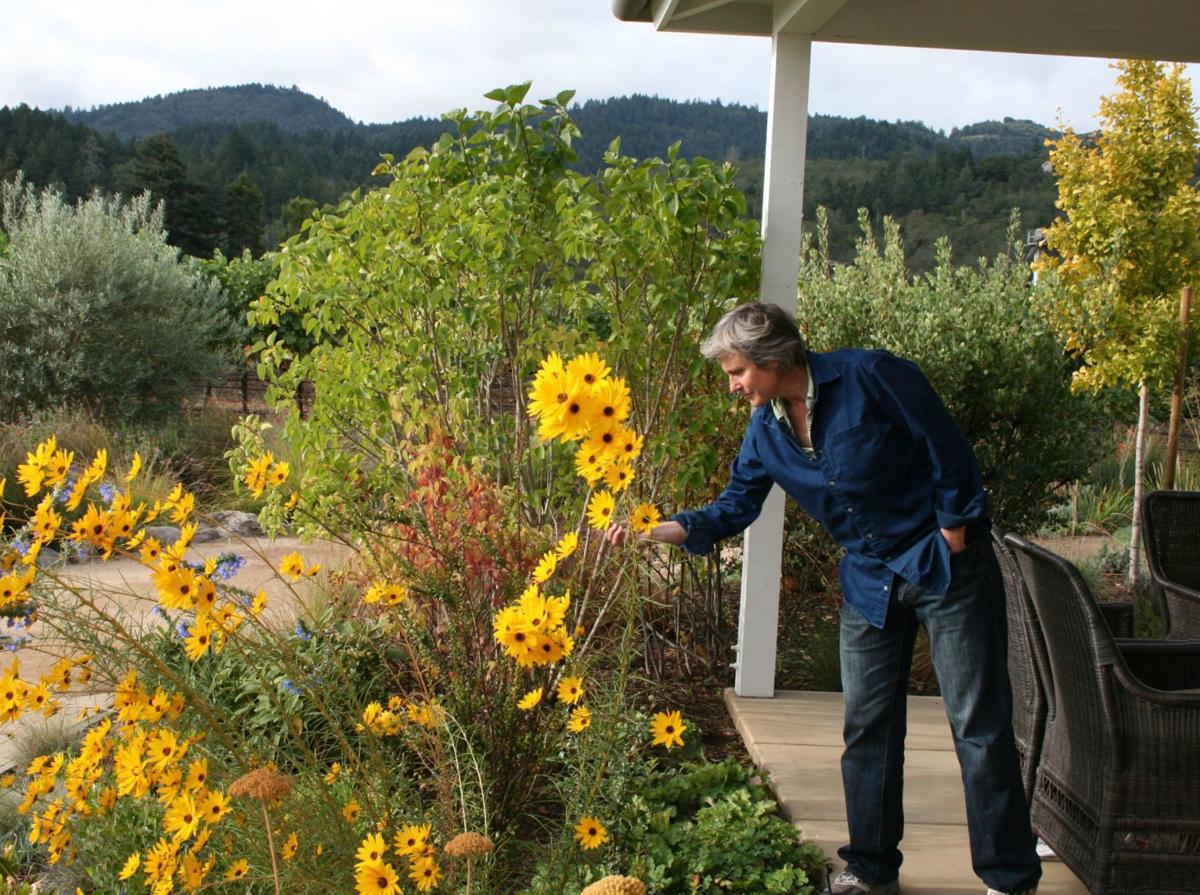 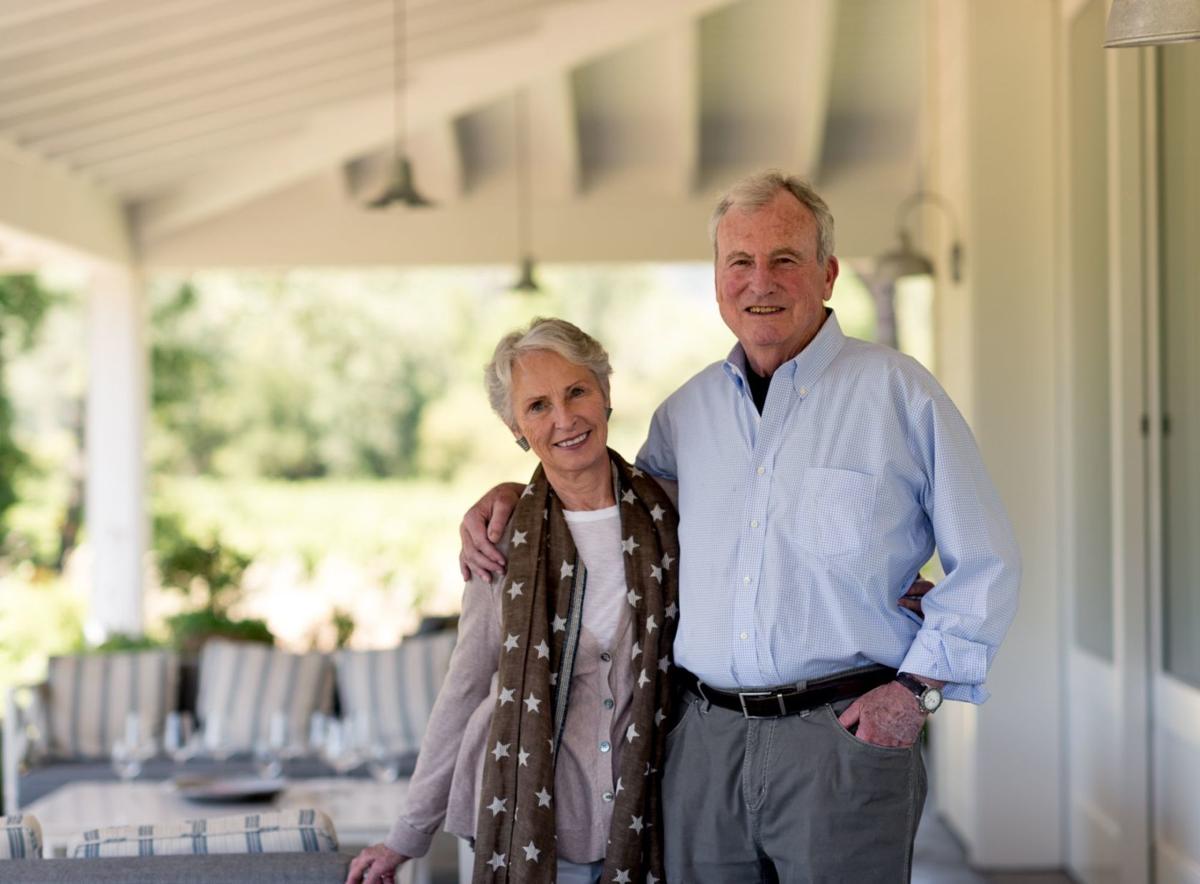 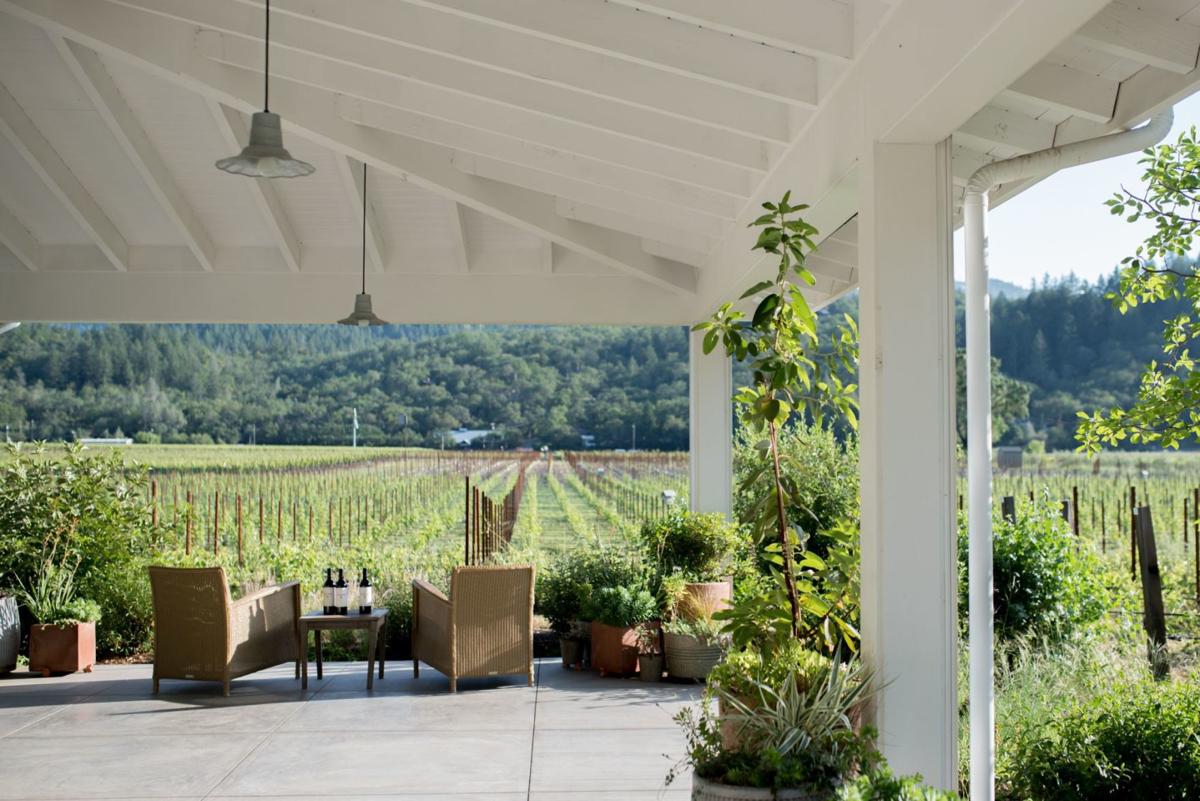 For 20 years, Baker has worked with her parents’ blessing to improve the ecology and soil on Larkmead’s 110 acres of vineyards and surrounding landscape and gardens.

As a child, Ann Baker spent summers at Larkmead and said her relationship with her parents has been a factor in creating a healthy and diverse estate. Now, the vineyard is moving toward organic certification, and the vines are thriving without harmful pesticides and herbicides, she said.

“I love this landscape that I grew up with,” Baker said. “My readings in historical ecology, a field that focuses on humans and their interaction with the natural environment over time, have taught me that the Napa Valley has this incredible fertility. For years, farming practices harvested that fertility. Now we’re putting that fertility back into the soil. Things are starting to work together naturally.”

Larkmead, a valley floor estate cut through by the Napa River and Selby Creek, began as a stone winery built in 1884 by S.P. Connor. It was purchased in 1892 by Lillie Hitchcock Coit, for whom Coit Tower in San Francisco is named. In 1903, the Salmina family from Switzerland bought the winery and vineyards, but abandoned the winery in the early days of Prohibition. Larry Solari, from Italy, purchased the winery in 1948.

In 1993, Kate Solari Baker and her husband Cam Baker took over the property. They realized many of the vines, like the Chardonnays, were inappropriate for the climate.

“We changed virtually every block on the property,” said Solari Baker. “Over time, we found that Larkmead is the perfect place for Bordeaux varieties.”

Ann Baker continued visiting Larkmead as her parents were replanting the vineyards. In 1995, she earned a Master’s of Landscape Architecture at UC Berkeley.

“During and after school, I got a job in Golden Gate Park doing erosion control and restoration of natural areas,” Baker said.

The experience taught her how to preserve Larkmead in the late 1990s.

“At the part of the vineyard where the Napa River and Selby Creek come together, there were a lot of non-native plants, which allowed the blue-green sharpshooters to pass through the winter,” Baker said. “(The insects would then) bite the vines, infecting them with Pierce’s Disease.”

Baker, who was then working at her own landscape design firm in Oregon, started coming down to Larkmead with work crews.

“We had maybe 1,100 dead vines that had to be removed,” said Kate Solari Baker.

Solari Baker and husband Cam employed their daughter as a consultant for this project. They also asked her to take out the invasive plants along the waterways and plant native plants. Along the way, Baker remade the banks of the Napa River to improve erosion control.

“We organized 13 neighbors into a larger project called Selby Creek Watershed Partners. We restored the reach of Selby Creek along the valley floor for steelhead habitat and native plant species. Ornithologists gave us direction on how to improve bird habitats,” Baker said.

Also in 2005, Cam Baker and Solari Baker decided to build a winery. They hired their daughter to design and manage the tasting room gardens and winery landscape.

“When Cam and I built the winery in 2005, it was very important to us that the garden reflect our philosophy and our location, where we are in the valley,” said Solari Baker. “We wanted to use native plants. Ann was clearly well informed about that. I love working with her. It was lovely to have a family member participate in the business.”

Baker said the restoration and hedgerow plantings she started in 1999 have continued. They have evolved into an ongoing effort to reduce water use, plant the vineyard avenues with native grasses, and plant insectaries. Insectaries are spots that contain vegetation for beneficial insects that prey on crop pests.

“Native grasses act like a filter. They reduce runoff of nutrients before the water makes its way to the Napa River and Selby Creek. I planted ditches like the one on Larkmead Lane with native grasses, sedges, and rushes. I also increased insectary plantings along the edges and borders of the vineyards, lessened tilling, and transitioned away from glyphosate, a pesticide,” said Baker.

She credits her parents with giving her the chance to learn from the land.

“One of the nice things for me professionally … is that I’ve been able to engage with this landscape for over 25 years. My family’s really given me the leeway to experiment with a lot of things,” she said.

As Kate Solari Baker continues to work with her daughter at Larkmead, she draws on her own mother’s writings to create innovative art pieces. Her newest series is called “Keeping Accounts.”

These recent pieces are based on her mother’s old account ledgers.

“She kept all the books,” said Solari Baker. “She wrote the accounts in these big beautiful cloth-bound ledgers, with names of the people who worked on the property and their hours and wages. Mother was big on the bottom line.”

Over time, Polly Solari’s ledgers found their way to the “designated junk drawer” in a back bedroom of the family house.

Solari Baker found the ledgers one day by accident.

“I’m now using them as a basis for collaging,” she said. “I go online and print a Google map of the Napa Valley. Then I’ll take a portion of that map and recreate it with chalk pastels. I use mixed media in the ledger works, stamps, collage, acrylic and watercolor paint to remake a Google map image on Mother’s ledger paper.”

Solari Baker, who has also worked in oil paint, said she thinks her mother would be “totally tickled” by the series.

“My mom was always very enthusiastic about my artwork. I think she’d get a big kick out of it, because it’s her work as well as my work,” she said.

“Ann brings her daughter up here, who is only 10,” said Solari Baker. “My sons’ children, who are in their 20s, have worked here in the summers. All of them are very interested in Larkmead. Cam and I are very happy about that.”

All of the wines from barrels that were sampled on Friday, May 3, at Calistoga’s Castello di Amorosa won’t be released for another year. All b…

Very few acres of Chardonnay remained in California after Prohibition. Not that it won any popularity contests before that momentous event eit…

Pinot Noir, the grape variety, is thought to have existed for more than 2,000 years. It took on numerous names, one being Moreillon (aka Moril…

Catherine Bugue: Wine of the Week

Showcasing the quality and diversity of Calistoga’s wine, food and art, this past weekend hundreds of participants gathered to experience what…

Tedeschi Family Winery will be hosting its tri-annual Pick-Up Party to introduce new releases and celebrate spring from 2 to 5 p.m., Saturday,…

In the opening of the trailer for “Wine Country”—Amy Poehler’s highly anticipated, directorial debut that hits Netflix on Friday—Maya Rudolph …