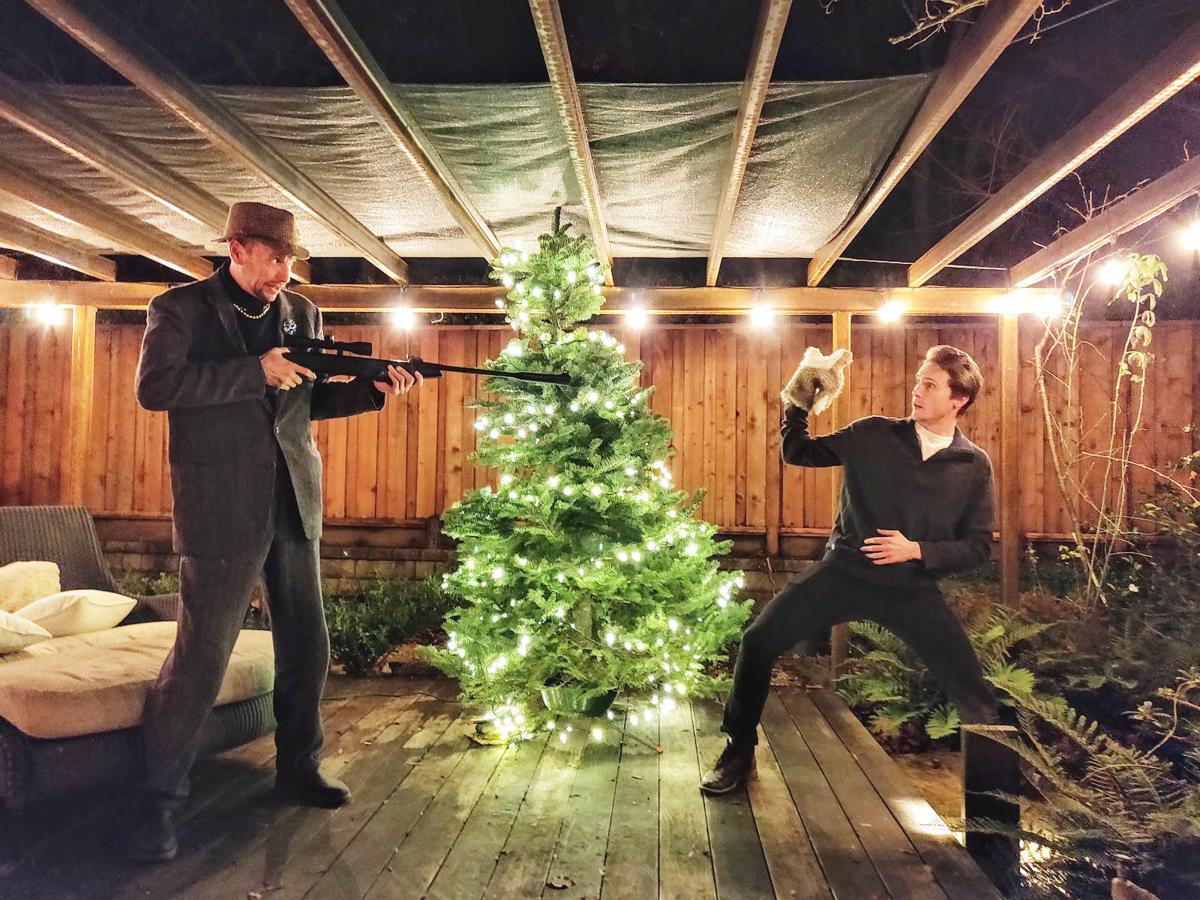 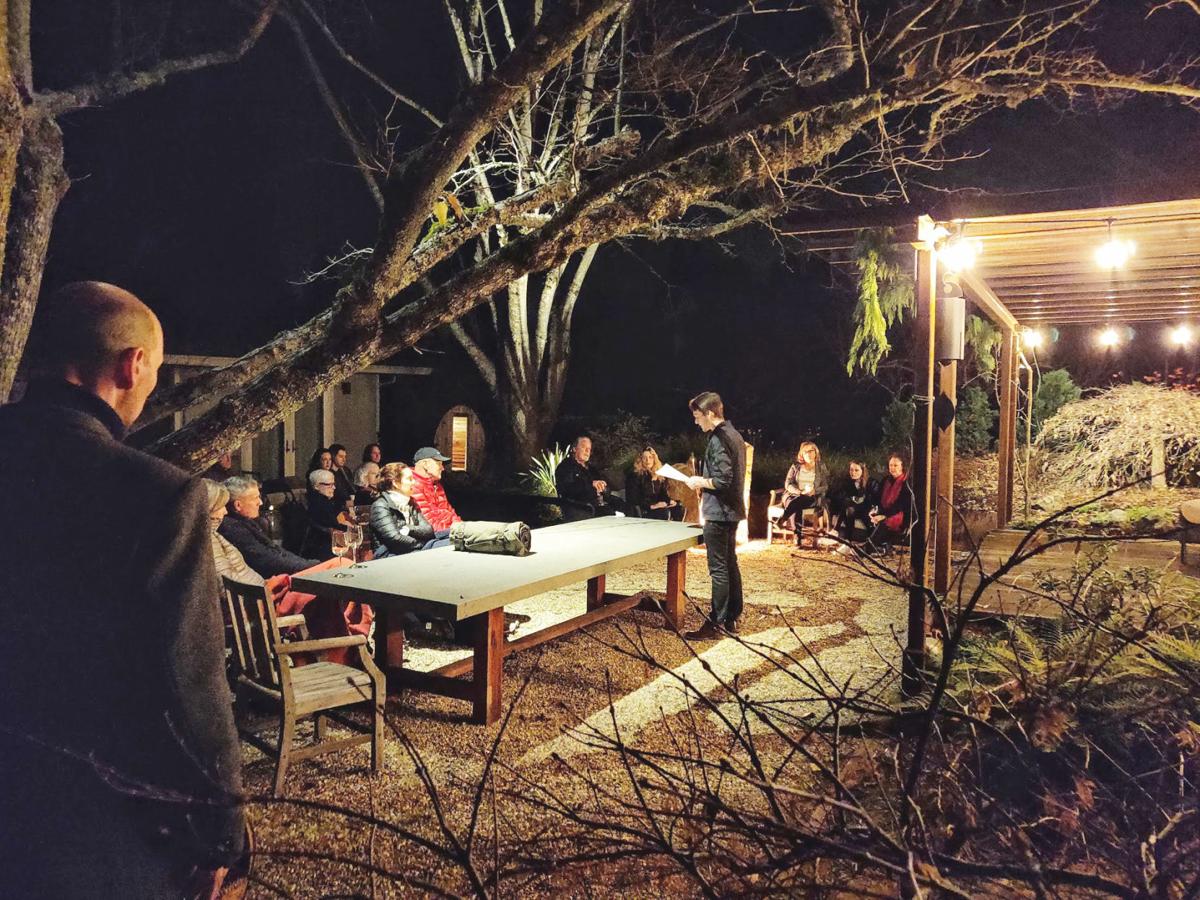 Luke Myers introduces the audience to the Climate Change Theatre Action program in front of the backyard stage at his home in St. Helena. 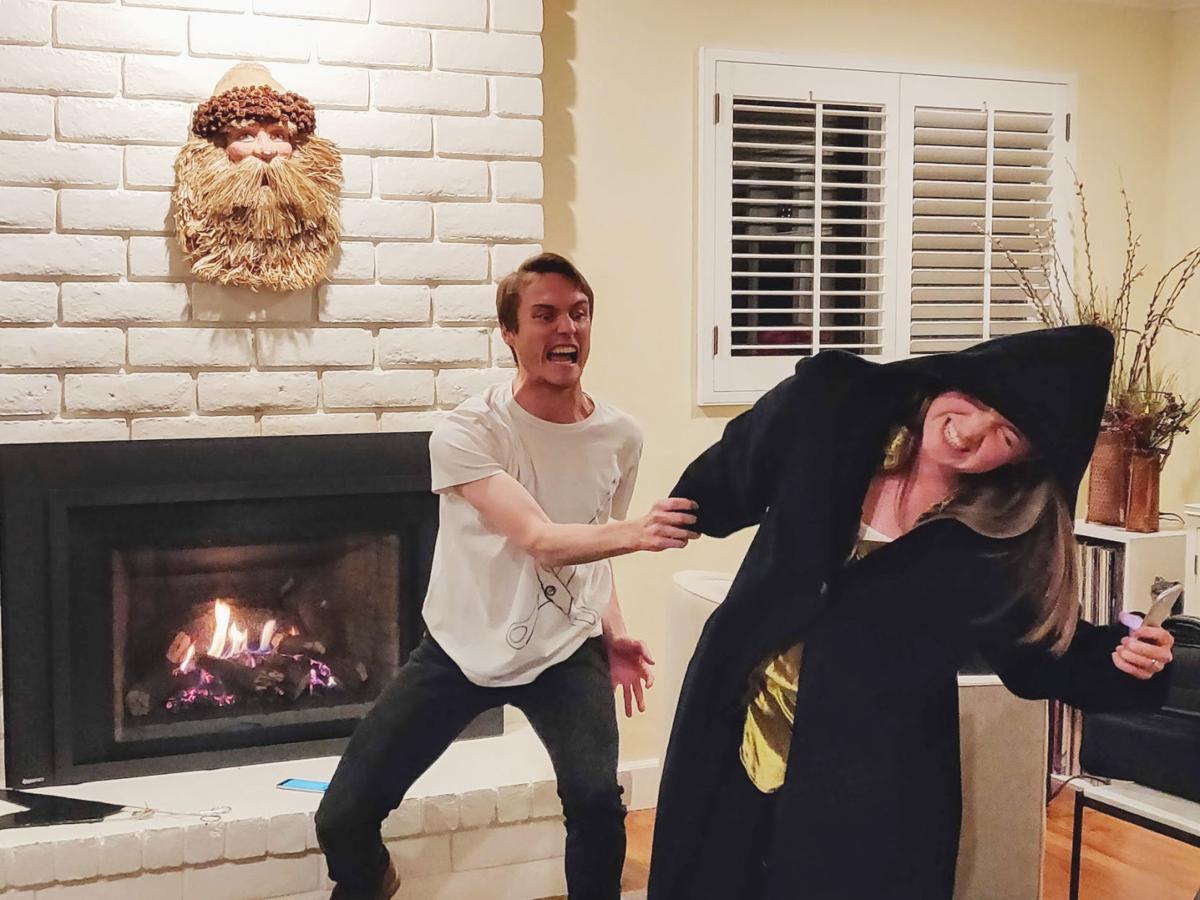 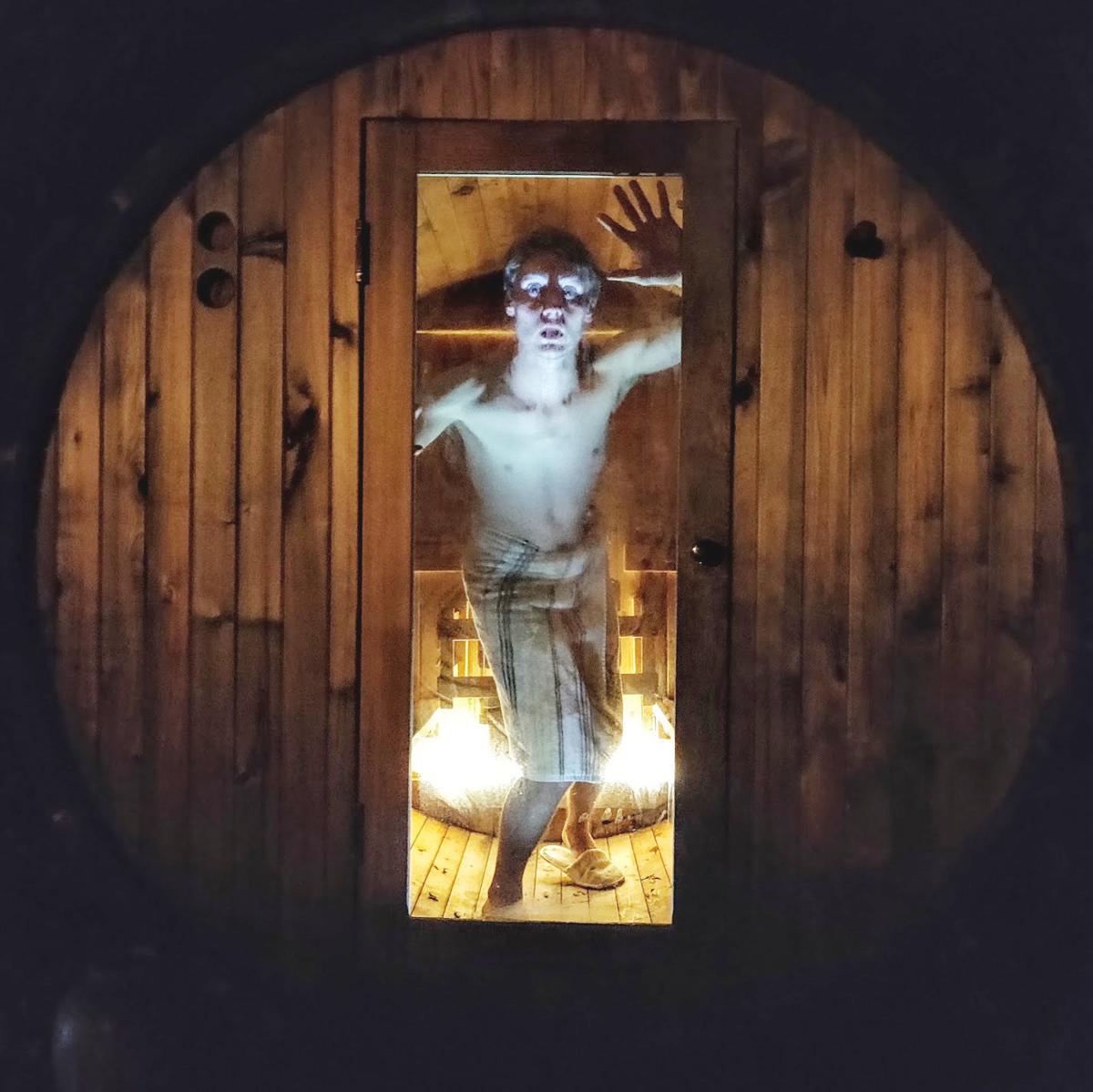 Luke Myers is trapped in the rising temperatures of the backyard sauna in “Steamy Session in a Singapore Spa."

In celebration of the winter solstice, local actor Luke Myers and a cast of five other Bay Area actors hosted an evening of 13 Climate Change Theatre Action plays on Dec. 21 at his family home in St. Helena.

One of four initiatives spearheaded by Arctic Cycle, which demonstrates the power of theater to address climate change issues, Climate Change Theatre Action is a worldwide series of readings and performances of short climate change plays presented biennially to coincide with the United Nations Conference of the Parties (COP) meetings. Dozens of performances were presented across the globe from Sept. 17 through Dec. 21.

According to a news release, Myers and his colleagues selected the 15 five-minute plays from more than 50 written for the project. They represented commissioned works by playwrights spanning every continent and a diverse range of cultures and indigenous nations. Each one highlighted a unique aspect of climate change.

With 30 friends and neighbors seated in an outdoor patio turned stage, the evening began with an acknowledgment of the ancestral indigenous land on which the group was gathered and its fragility in the face of climate change.

Immediately following was the first play, “Laila and The Wolf,” an apocalyptic version of Little Red Riding Hood featuring a grandma with an assault rifle and a big bad wolf who perishes as a result of lost habitat.

From there, guests scattered in small groups to different rooms and locations in and outside the house to enjoy the remaining performances.

These included “Steamy Session in a Singapore Spa,” which showed the devastation faced by humans unable to escape rising temperatures portrayed by a desperate man trapped in a sauna, and a “A Letter from the Ocean,” a plea to humanity to protect the seas which was accompanied by a solemn piano solo that closed out the evening.

Editor’s note: This is the second in a series of articles about local climate champions, recognized at Napa Climate NOW’s Annual Connect the D…

The California senator is urging the Centers for Disease Control and Prevention to consider how climate change could affect childbirths.

Review: What you can learn from 6 plays in 24 hours at American Canyon High School

Film critic Mick LaSalle will talk about the Oscars on Jan. 29 at Blue Note Napa.

Luke Myers introduces the audience to the Climate Change Theatre Action program in front of the backyard stage at his home in St. Helena.

Luke Myers is trapped in the rising temperatures of the backyard sauna in “Steamy Session in a Singapore Spa."