For the second straight year, students from St. Helena High School’s drama program have been admitted to some of the nation’s best and most exclusive performing arts colleges.

Senior Sofia Osborne was accepted by the Carnegie Mellon School of Drama in Pittsburgh, UCLA’s School of Theater, Film and Television, The Hartt School at the University of Hartford, and Point Park University’s Conservatory of Performing Arts. She has until May 1 to choose a school.

Senior Sam Smiley has committed to attending the University of Michigan’s School of Music, Theatre & Dance, which he said was his top choice. Each year the program reserves only about 11 slots for students from outside Michigan.

Osborne and Smiley follow in the footsteps of fellow St. Helena Drama star Mia Pelosi, who was admitted last year to New York University’s Tisch School of the Arts.

In February, Osborne and Smiley both auditioned in Los Angeles – where various performing arts schools hold unified auditions – and at one point performed a dance call together.

“We would occasionally run into each other in the halls and say ‘Break a leg,’” Osborne said. “It was really fun.”

‘My goal is to inspire change’

Osborne, who lives in Calistoga, spent a month traveling to Boston, Los Angeles, Pittsburgh, and back to Los Angeles to apply and audition for musical theater, acting and directing programs. She still isn’t sure which one she’ll pursue.

Debuting in “The Sound of Music” in third grade, Osborne has gone on to star in shows like “Fiddler on the Roof,” “Shakespeare in Love,” “Mamma Mia” and “Newsies.” She’s also co-directed (with Pelosi) “12 Angry Jurors” in 2018 and directed last fall’s “The Laramie Project,” after studying directing at Carnegie Mellon’s pre-college program last summer.

She said this year’s productions – “The Laramie Project” and “Newsies” – have been the highlight of her time with St. Helena Drama, especially the final performance of “Newsies” that was livestreamed from an empty auditorium after the coronavirus pandemic cut short the musical’s two-week run.

“It was amazing to do the show one last time and to have enough energy to make it equal to the other performances we’d done with an audience,” she said. “It was a testament to how much everyone put into the production and how much we love and support each other.”

Under Drama Director Patti Coyle, St. Helena Drama provides lessons in teamwork and problem-solving that students can use in any career, whether they pursue the arts or business or something else, Osborne said.

“Each production changes everyone in the cast and the crew,” she said.

Going into February’s auditions, she’d been more interested in directing than performing. However, the auditions were so much fun that they rekindled her interest in acting.

“I was expecting to be full of nerves and dreading every moment, but I had such a wonderful time that it changed my whole perspective,” she said. “So (acting and directing) are kind of equal loves for me right now. … I’ll probably dabble in everything.”

The director part of her is drawn to film.

“My goal is to inspire change with social justice, environmental sustainability, and all of the things that I really value,” Osborne said. “Film offers a bigger platform to make change.”

Osborne hasn’t committed to a school yet, but she’s been sitting in on virtual classes Carnegie Mellon is offering via Zoom during the pandemic.

“It’s a really wonderful community of artists, and the faculty is so supportive of each student,” she said.

An actor in the making

During his audition for the University of Michigan, Smiley performed a pair of monologues and discussed the characters with two instructors. They asked him to re-perform one of the monologues – a very serious scene – as if he were a stand-up comedian. He was knocked for a bit of a loop, but he did his best to give his performance a comedic tone.

A week later, he found out he’d been accepted.

Immediately after moving to California in 2014, Smiley auditioned for St. Helena Drama, landed a part in “Once Upon a Mattress,” and found his niche.

When he was diagnosed with a rare blood cancer in 2017, the drama department rallied around him, putting on a “Sing For Sam” benefit show that raised $22,000 for his chemotherapy and bone marrow transplant.

“Sam has delighted so many audience members and cast mates with his talents, now it’s our turn to show our love and support,” Coyle said in 2017.

Despite the foray into comedy during his audition, Smiley said he’s primarily drawn to dramatic roles. His favorite parts have been Ponyboy in “The Outsiders” in 2015 and Jack Kelly in “Newsies” last month.

Smiley will pursue a bachelor of fine arts degree with an emphasis on acting. Having sung with Craig Bond’s St. Helena Teen Choir, Smiley is also considering a minor in jazz performance, specifically jazz vocals.

Smiley said Coyle has been a valuable mentor ever since he joined her program as a seventh-grader.

“She’s given me the challenges I think every actor should face,” he said. “She’s been almost like a mother to me. I don’t think I’d be where I’m at without her.”

Directors Patti Coyle and Craig Bond are working with a 50-person crew to present "Newsies" at St. Helena High School for two weekends only. T…

St. Helena Drama's production of "Newsies" is lovely, full of high energy dancing and singing and is a delightful way to spend an evening or afternoon.

With schools closed for the rest of the academic year, St. Helena teachers are adapting to remote learning.

After a season disrupted by COVID-19, the St. Helena Children's Chorus and St. Helena Teen Choir are putting on a virtual concert.

St. Helena Drama is returning to live theater with a production of "Almost, Maine" Oct. 21-24. 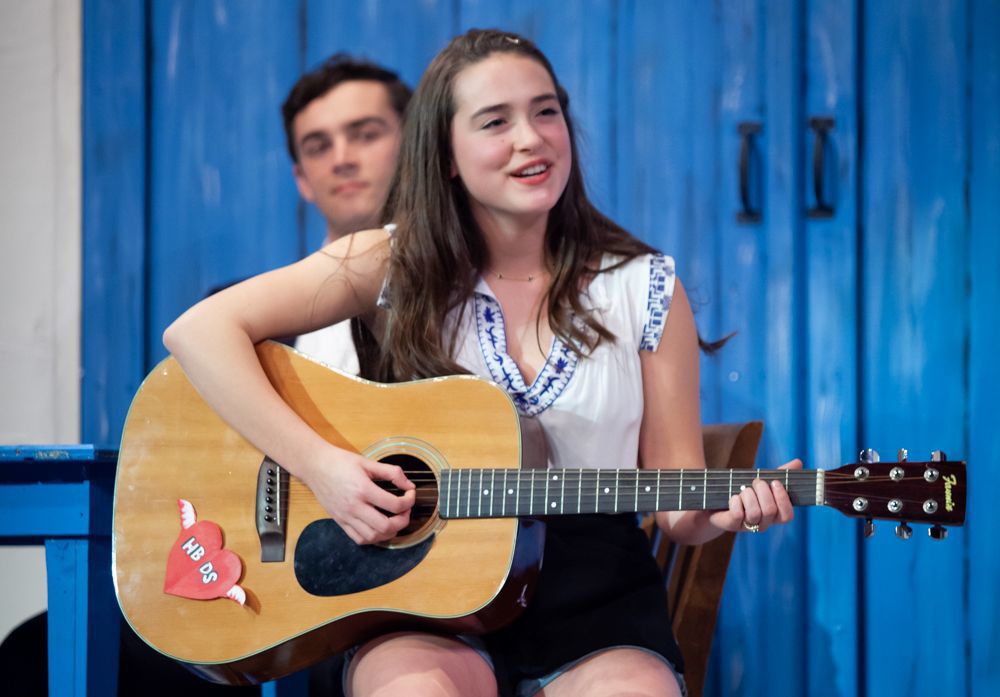 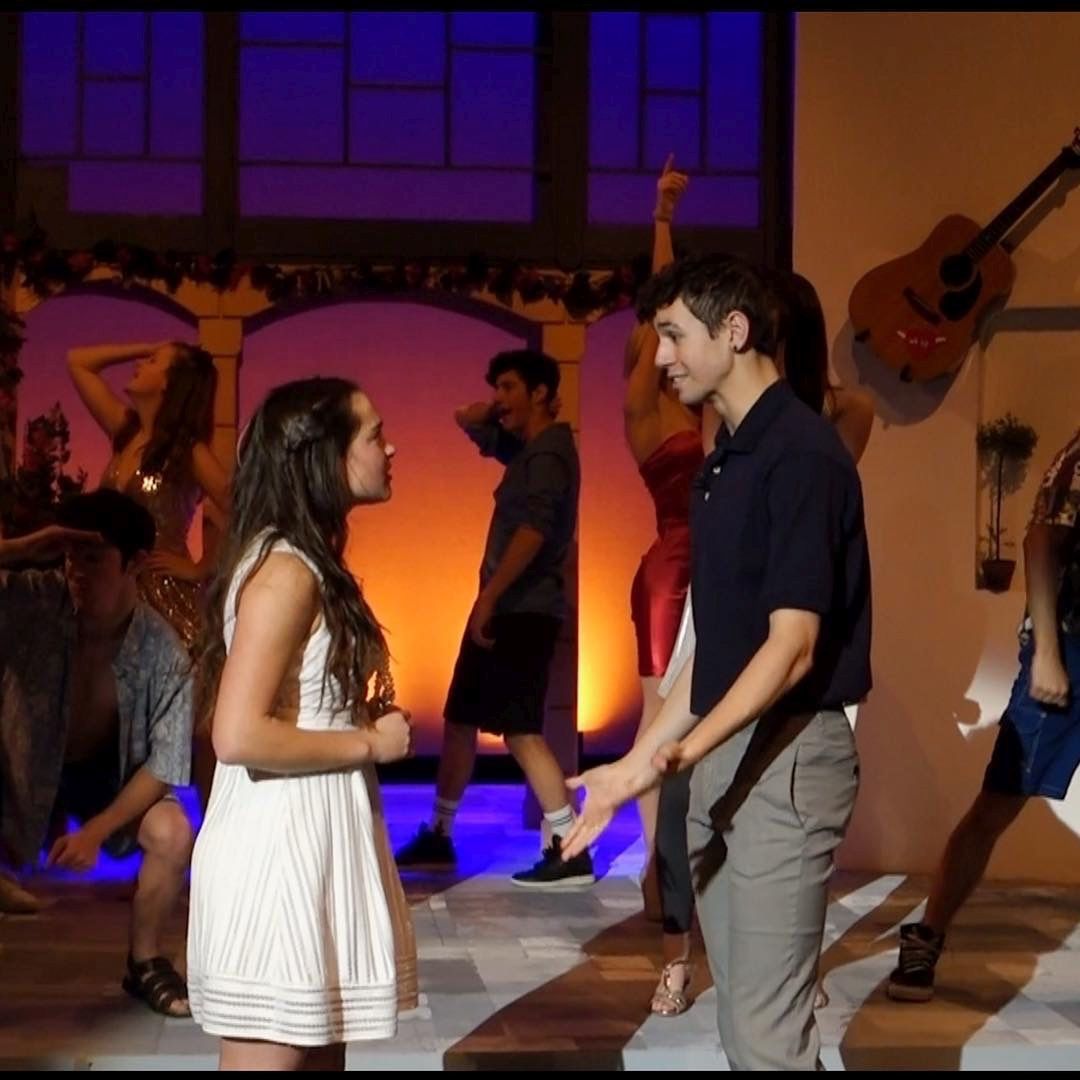 Sofia Osborne and Sam Smiley in a scene from St. Helena Drama's 2019 production of "Mamma Mia." Osborne and Smiley were both accepted to top performing arts programs. 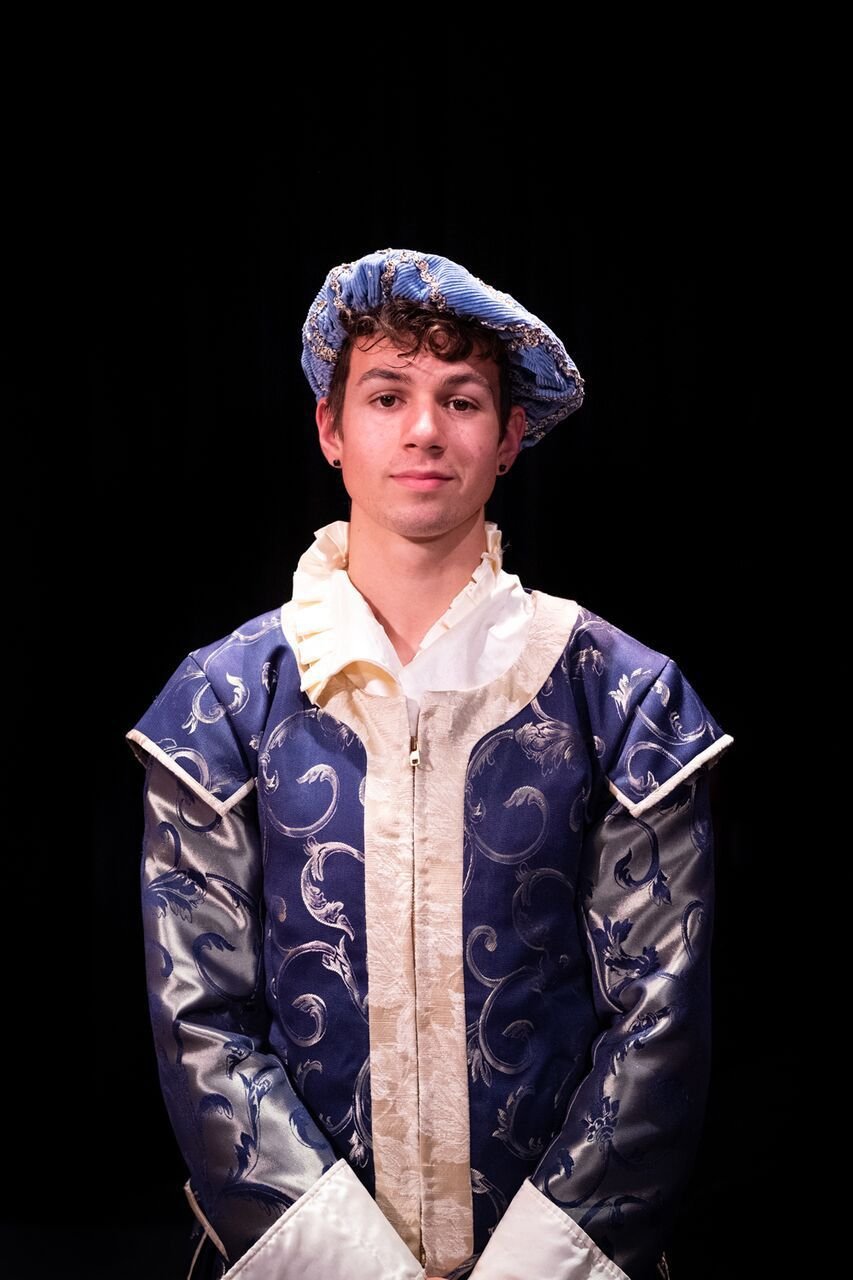 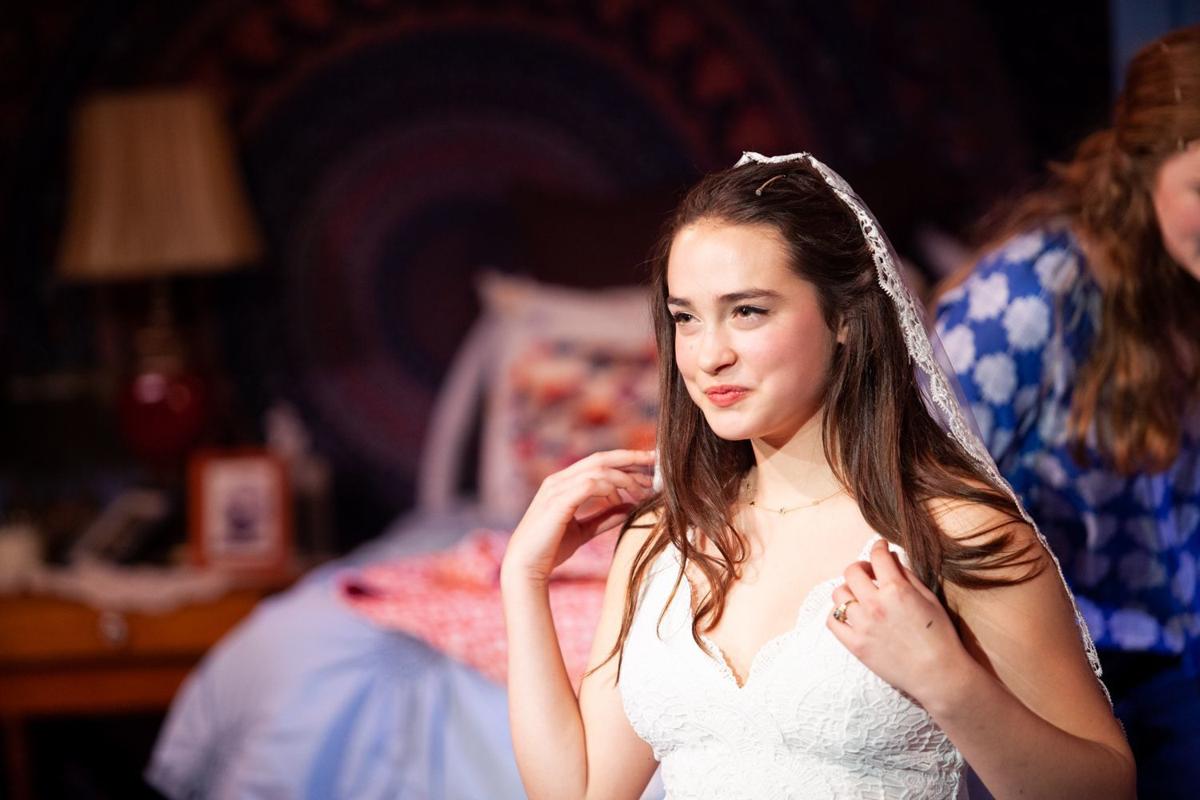 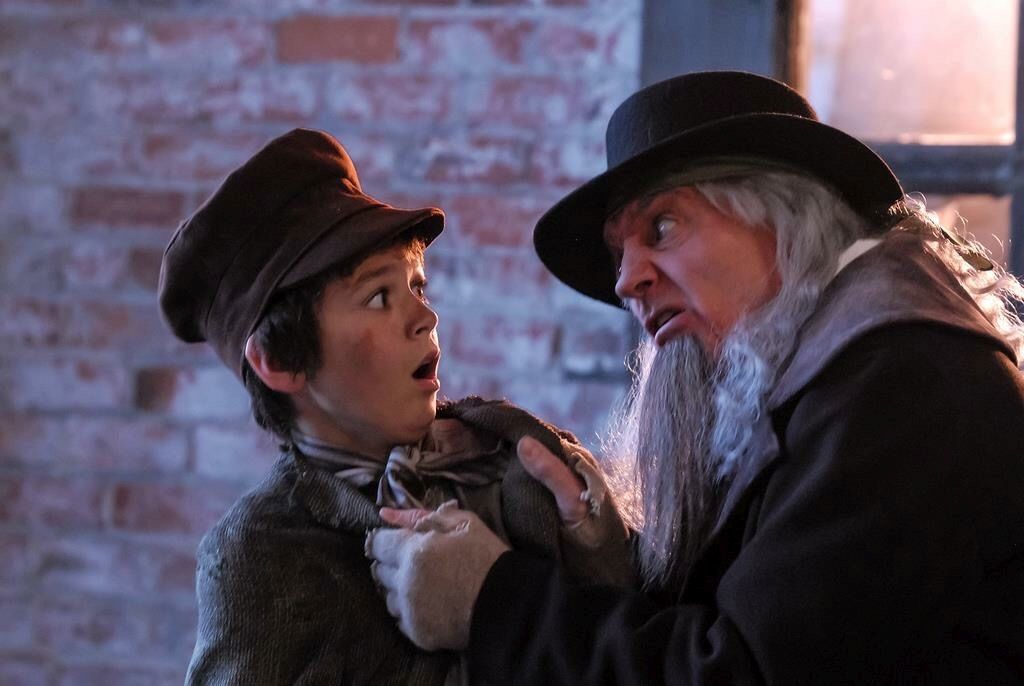 Sam Smiley performing in his first show, a school production of "Oliver!" 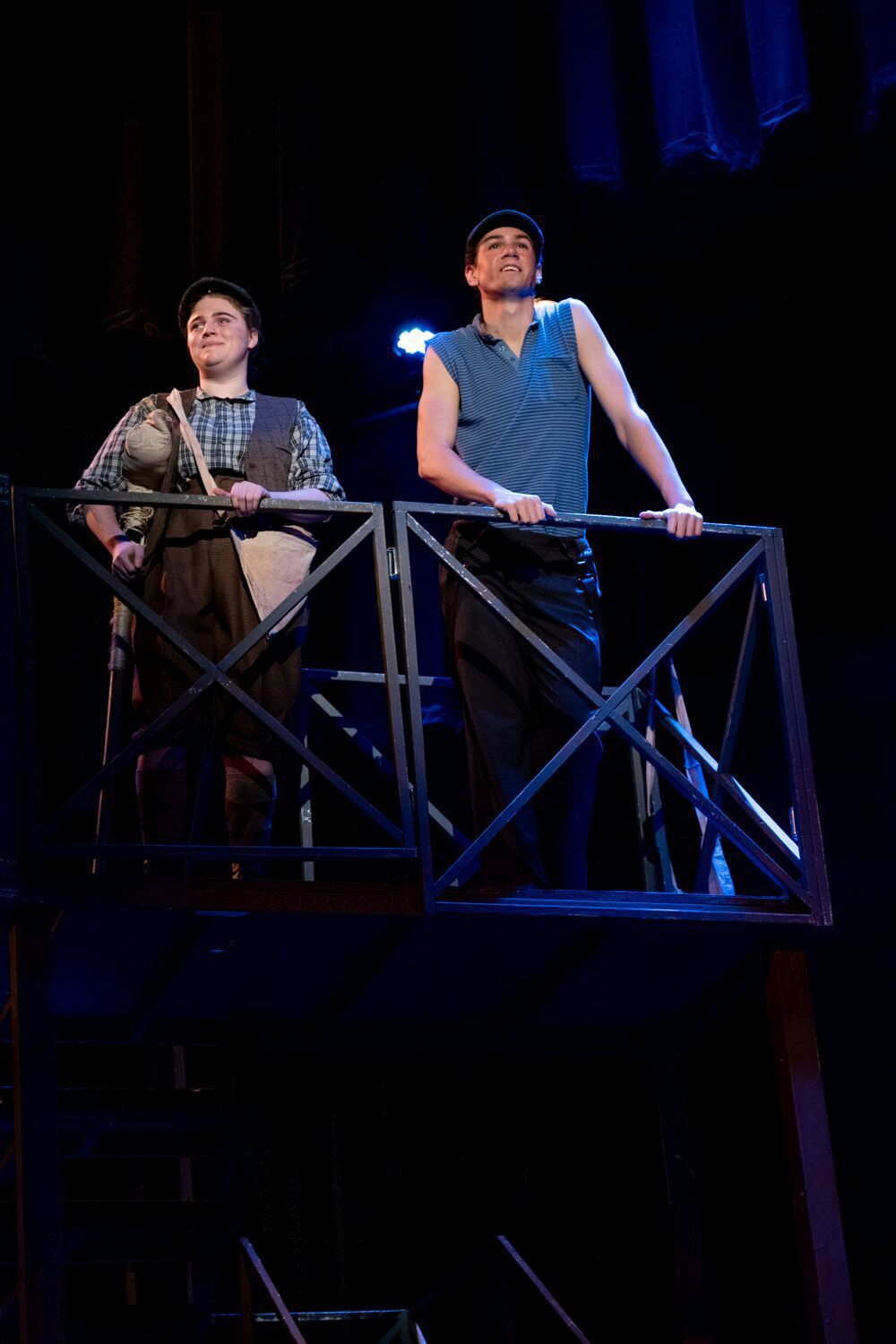 Sam Smiley and Josie Goldfarb perform a scene from the March 2020 production of "Newsies." 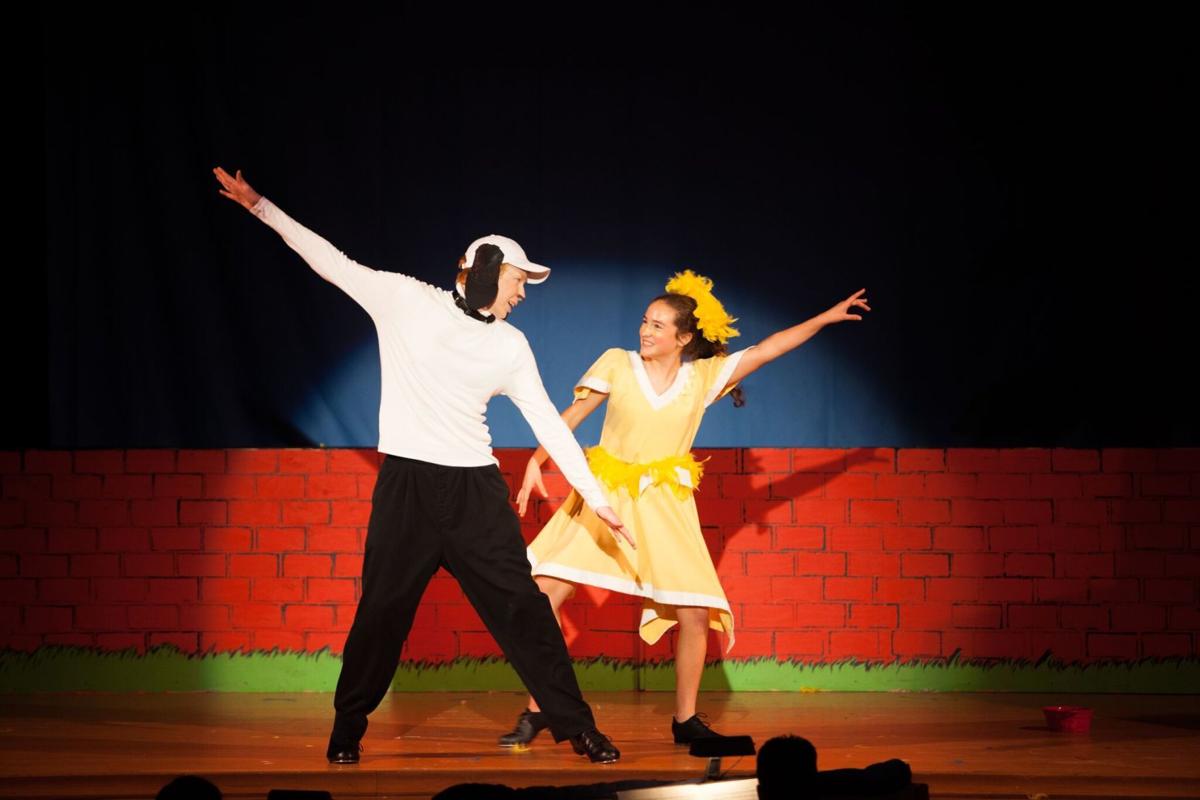 Rusty Frank as Snoopy and Sofia Osborne as Woodstock in a 2016 production of "You're a Good Man, Charlie Brown." 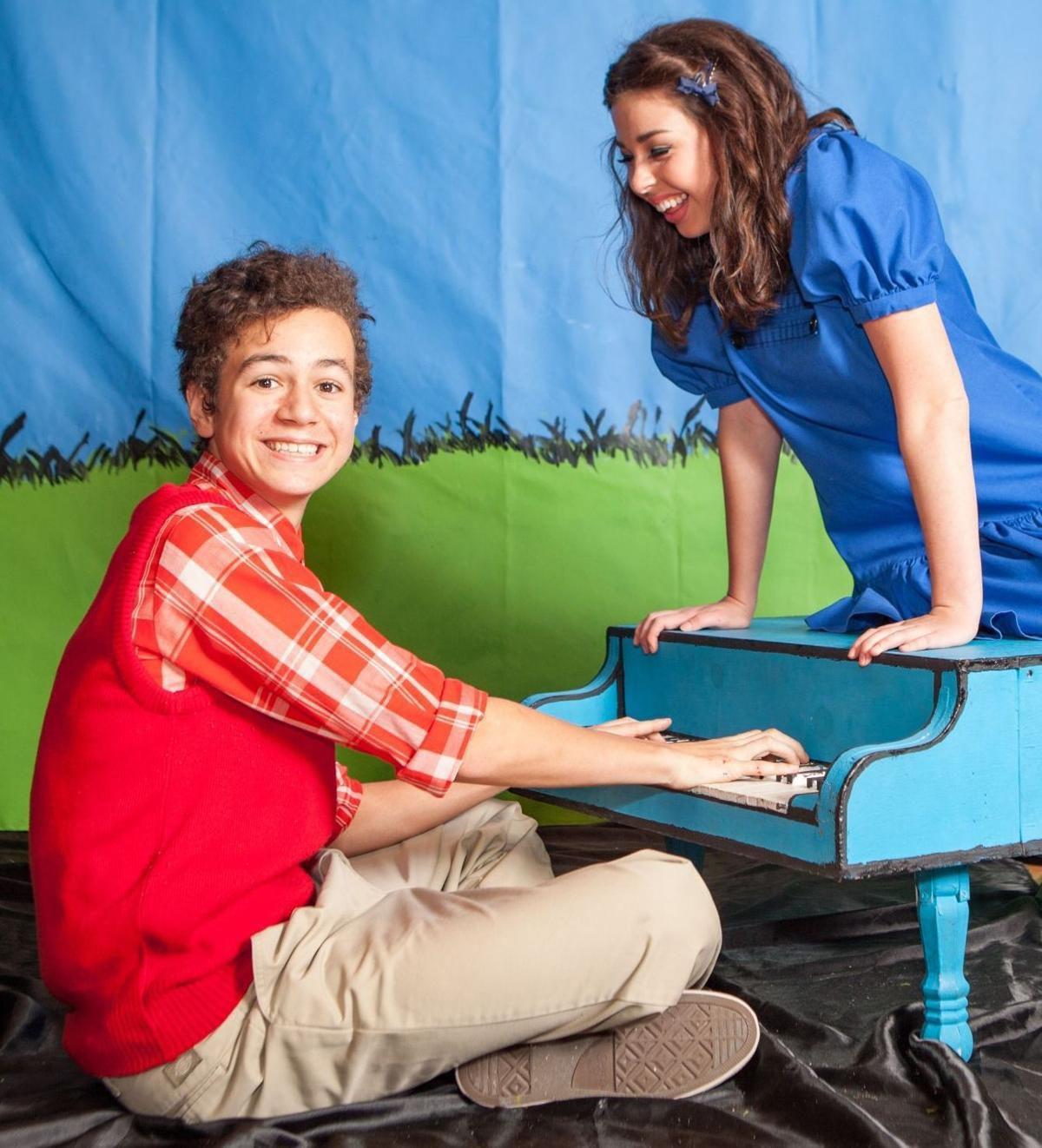 Sam Smiley as Schroeder and Madison Marshall as Lucy in "You're a Good Man, Charlie Brown."