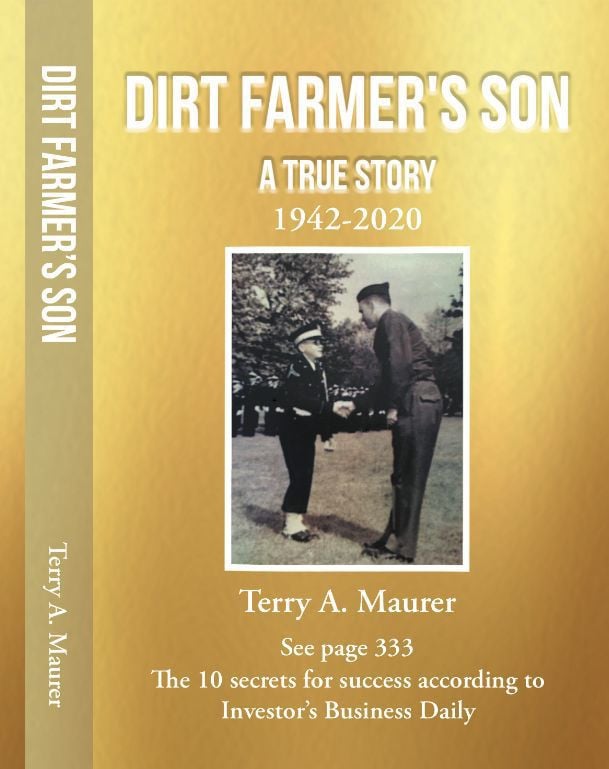 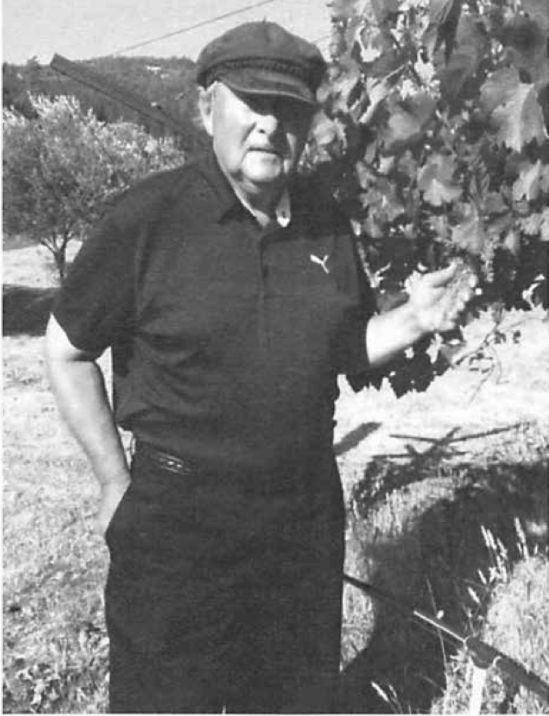 St. Helena resident Terry A. Maurer has written his autobiography, "A Dirt Farmer's Son," which will be available in a couple of weeks.

It took St. Helena resident Terry Maurer only a decade to write his autobiography, “Dirt Farmer’s Son,” while it took him 78 years to live it.

“I enjoyed writing it,” Maurer said. “I thought I finished it in 2016, when Gutenberg (Transfer Printing) printed 100 copies of it.”

But then he added the 14th chapter, which deals with the Napa Valley. “It is only four or five pages, it is what you see when you come to the Napa Valley. Pretend you’re driving up Highway 29 from Napa all the way to Calistoga,” Maurer said, and he describes his favorite places. Or, if you wish, pretend you’re driving the Silverado Trail … same thing.

Maurer ends both pretend drives in Calistoga, specifically at 1330 Lincoln Ave., the wine tasting room for CAMi Wines – owned by his daughter, Laurie Shelton, and named after Maurer’s granddaughter, Camille. Shelton has a vineyard on Silverado Trail, just north of Bale Lane. She started making wine in 2013.

Maurer said the book includes 30 photos of the Napa Valley, including one of last year’s Fourth of July Parade in Calistoga, attended by thousands of people.

Maurer and his wife, Mary Ann, have lived full-time in St. Helena since 2012; for a number of years, they traveled back and forth from Maurer’s native Michigan. The book’s subtitle is “A True Story” and the years Maurer has been alive: 1942-2020. He grew up in northern Michigan on a farm, went to a Catholic military school – “I wore a uniform every day,” from ages 6-13, Maurer said, attended seminary and married Mary Ann in 1965.

Besides Shelton, the Maurers had two other children, Stephen Maurer and Karin Maurer.

The author said his book covers a lot of history and politics as well as his personal history, including ownership of a chemical coatings business, beginning in Detroit in 1978. Maurer also owned a water bottling company, with water from an artisan springs in Northern Michigan. He said the company “had its day in the sun” in 2015 when it was the official water of three sports teams, the Dodgers, Warriors and Detroit Red Wings.

The back cover of the book, which will be available in a couple of weeks, states that Maurer’s ancestors started out from Germany in 1857.

Calistoga author Zia Wesley has written about real historical characters and their unlikely rise to power.

Scout Hall: From olive oil factory to home of scouting in St. Helena

Repairs to Scout Hall were discussed earlier this year and will be discussed again at an upcoming city council meeting. It is time to examine …

St. Helena resident Terry A. Maurer has written his autobiography, "A Dirt Farmer's Son," which will be available in a couple of weeks.