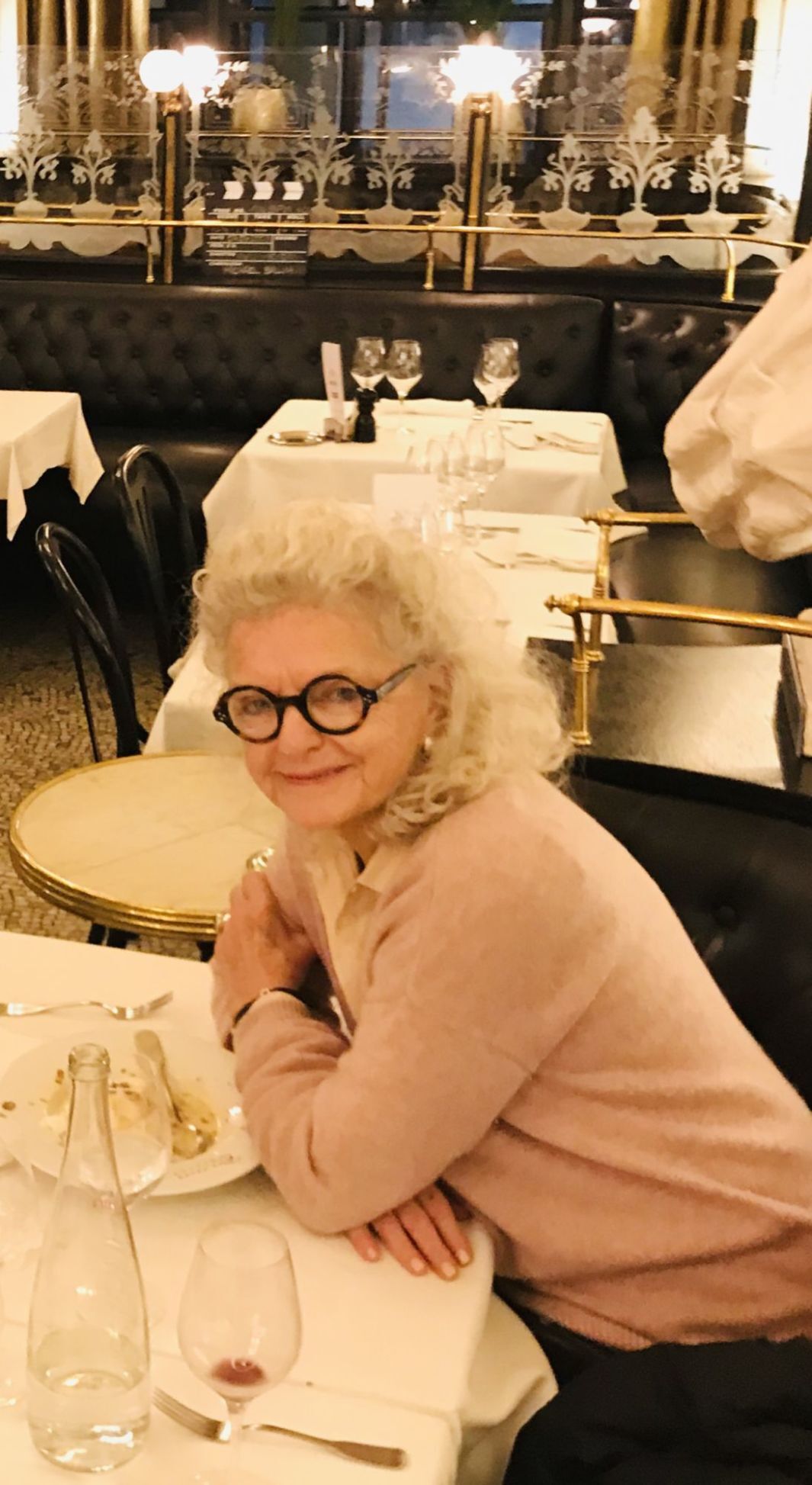 Audrey Ward in Le Grand Colbert, the Parisian restaurant featured in the movie "Something's Gotta Give." 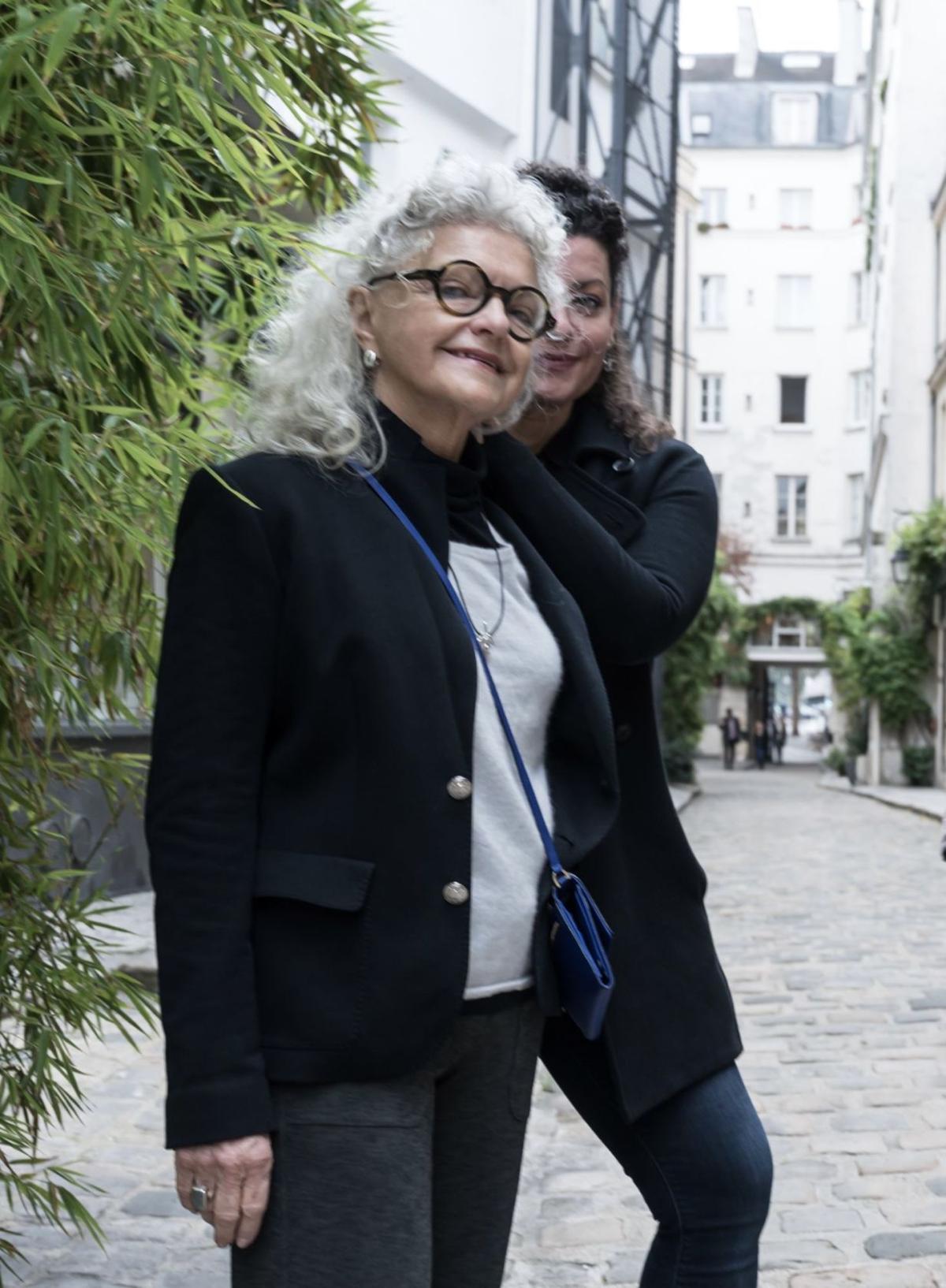 Audrey Ward in Paris with her daughter, Julie.

Life may or may not begin at 40, but adventures can still happen far beyond that point.

Just ask St. Helena’s Audrey Ward, who embarked on a pre-pandemic European tour at the age of 75 and writes about the experience in “75: A Number, A Passage, A Present,” published by RoseDog Books.

“There wasn’t a category for this book,” said Ward, a retired teacher and Methodist pastor who used to contribute to the Star’s Thursday Pulpit column and now writes the Regarding Children column. “There’s ‘travel’ and there’s ‘aging,’ but there was no ‘adventures in aging,’ so I made up a new category.”

From Austria to the Czech Republic to the Alps, from Italy to Ireland to the French Mediterranean, via bus, train and plane, Ward’s travels evoked memories of her vagabond childhood years, when her father was an itinerant Pentecostal evangelist in the Deep South.

“Traveling brings back all these experiences,” Ward said. “It also causes nostalgia for what you wish had been, for people you want to be there but aren’t.”

For the first two weeks of the trip, Ward was accompanied by her granddaughter Olivia, 15, and grandson Will, 17, which wasn’t part of Ward’s original plan but turned out to be a pleasure.

The highlight of the trip was Paris, which Ward recalls as “sheer undiluted pleasure.” The nadir had to be the gas leak in Bellagio that left her nauseated and unable to swallow her coffee the next morning.

“Someone later told me that’s the first indication of the body shutting down,” said Ward.

She fully recovered and returned to the U.S. with a newfound respect for aging — not just the limitations it imposes, but the opportunities it offers.

“Of course we don’t live forever, but at least we can live in vitality for the years we’re here,” she said.

“It made me feel tough,” she added. “You think I’m an old lady who can’t do anything? Well, let me show you what I can do.”

“75” is available at bookstores and at rosedogbookstore.com.

Columnist Audrey Ward on the awkward process of growing up and taking on new responsibilities.

Regarding Children: Post-Pandemic? If Only

Columnist Audrey Ward on learning what — and whom — we can trust.

Regarding Children: When privilege becomes poverty

Columnist Audrey Ward on how to raise resilient children with a sense of community.

It was only after telling her stories aloud to a trusted friend, sitting on his front porch in Appalachia, that Audrey Ward’s book came alive.

Audrey Ward in Le Grand Colbert, the Parisian restaurant featured in the movie "Something's Gotta Give."

Audrey Ward in Paris with her daughter, Julie.