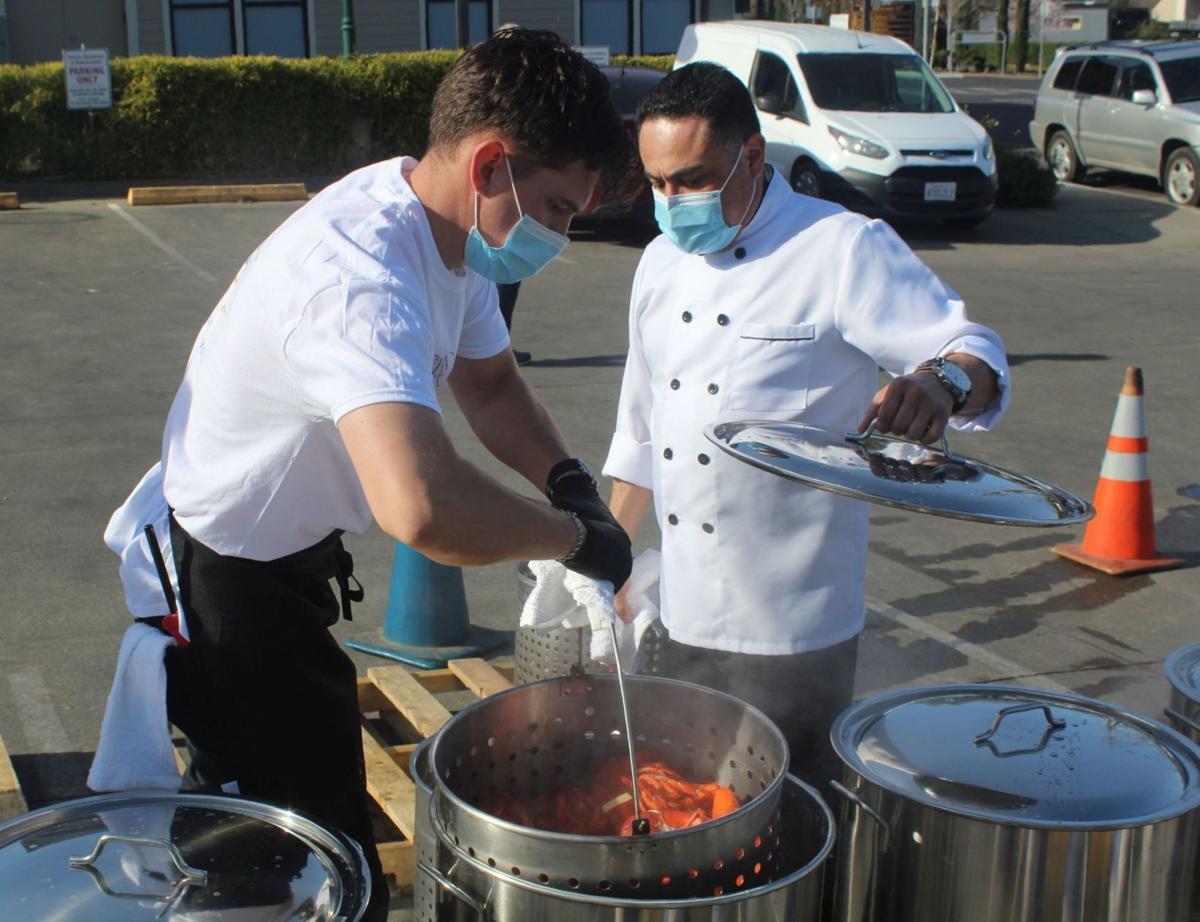 Paul Gamboa and Ricardo Salas cook lobster in the back parking lot of Steves Hardware. 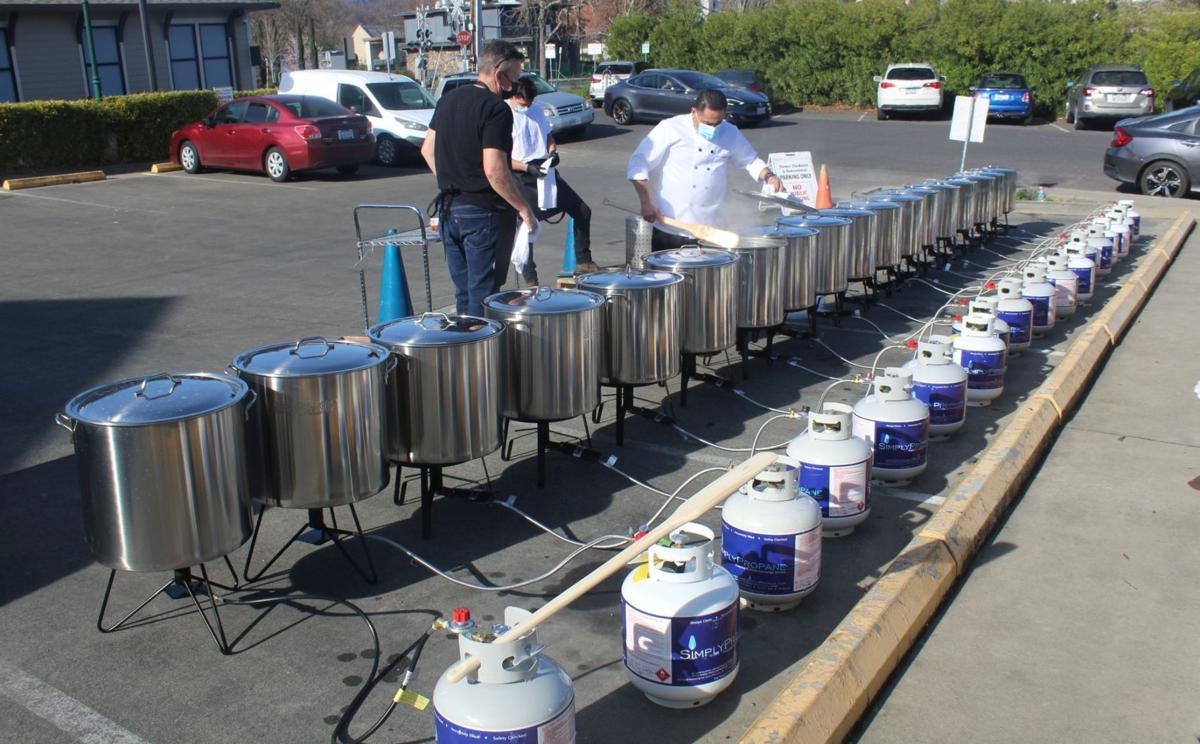 Lobsters were cooked in the back parking lot of Steves Hardware. 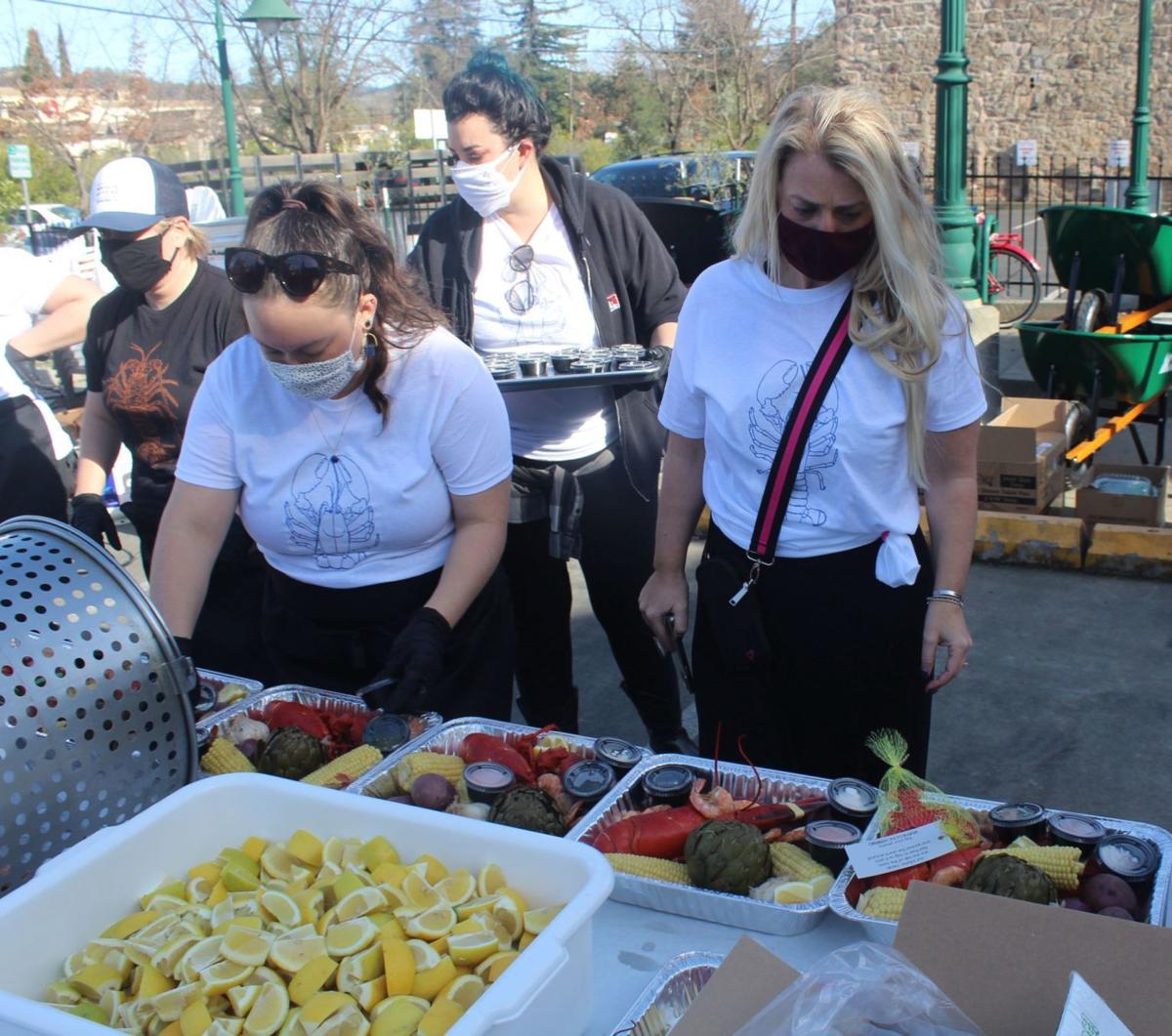 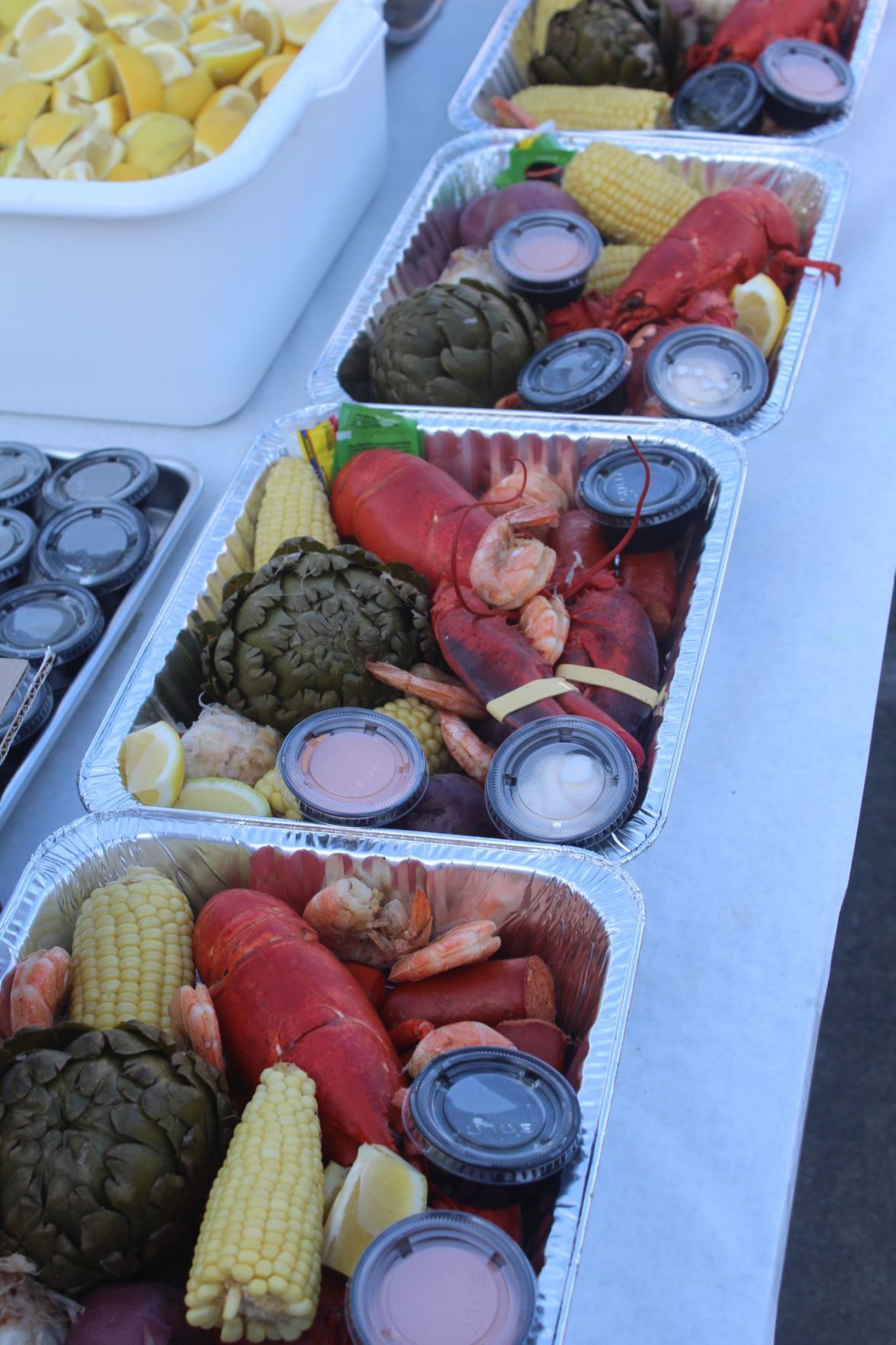 Lobsters were served with prawns, corn, garlic, artichoke, potatoes and other sides.

Whether St. Helena’s first good old-fashioned charitable lobster feed in over a year was a success depends on whom you ask.

RLS Middle School students will tell you Saturday’s drive-thru event behind Steves Hardware was a success because it helped them raise money — including $2,100 in tips — for a trip to Washington, D.C.

It was also a win for Menegon Catering, proving that the fledgling company could handle a major event with more than 220 orders of lobster with all the trimmings.

Pandemic-weary diners who ate their meals at home were also enthusiastic, judging from the positive feedback the Menegons received on Saturday night.

If you were a lobster, though, the whole experience was dreadful — and very, very hot.

As the first pickup time approached, lobsters were cooked in 18 boilers connected to 18 propane tanks, while Menegon Catering staff and five RLS students stood ready to pack the food into containers, pack the containers into bags, and hand them to drivers.

Menegon Catering is donating 5% of sales and all tips to help five students in the greatest financial need pay for a trip to the nation’s capital. Tips amounted to about $2,100, not including the 5% of sales. Menegon hopes to give the students a check within a few days.

“The patrons were so generous with their tips for the kids,” said Jennifer Marinace, eighth-grade history teacher at RLS. “We had a huge tip jar crammed full of money, and other people gave tips on the app.”

She said the event was so successful that there’s talk of repeating it periodically, maybe once a month.

“I’m hoping that if this becomes a consistent, regular thing, then it will help build the confidence of more families that their student can raise enough money to go on the trip without having a huge outpouring of money from the family,” Marinace said.

Donations can also be made via check payable to Worldstrides care of Jennifer Marinace and sent to RLS Middle School, 1316 Hillview Place, St. Helena, CA 94574. Put Trip ID #193300 in the memo line.

RLS Middle School kids in St. Helena are counting on a Menegon Catering to-go Lobster Feed to raise money for a trip to Washington, D.C.

From zombies to cactus water, Sarita Lopez is a Napa Valley millennial who does it all

In true millennial style Napa Valley resident Sarita Lopez writes books, has her own cactus water company and is part of the leadership of Napa Valley Writers and the Napa Library Commission.

When you are cooking for comfort, one of the things you’re trying to deliver is “deliciousness.” And one of the easiest ways of producing those flavors is with mushrooms.

Courtney and Tida Menegon of Menegon Catering delivered a check for $2,300 to RLS Middle School on Tuesday.

The executive board chairman and former CEO of United Airlines addressed students at St. Helena High School on Friday via Zoom.

Why have St. Helena students been in the classroom since November while other districts are still doing remote learning? It doesn't all come down to money.

The St. Helena Unified School District Board of Trustees will meet at 6 p.m. Thursday, April 15, at Vintage Hall.

Paul Gamboa and Ricardo Salas cook lobster in the back parking lot of Steves Hardware.

Lobsters were cooked in the back parking lot of Steves Hardware.

Lobsters were served with prawns, corn, garlic, artichoke, potatoes and other sides.