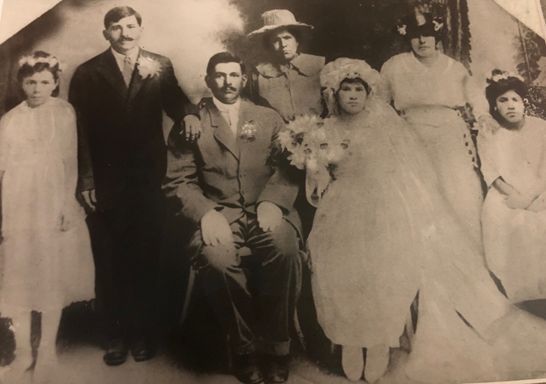 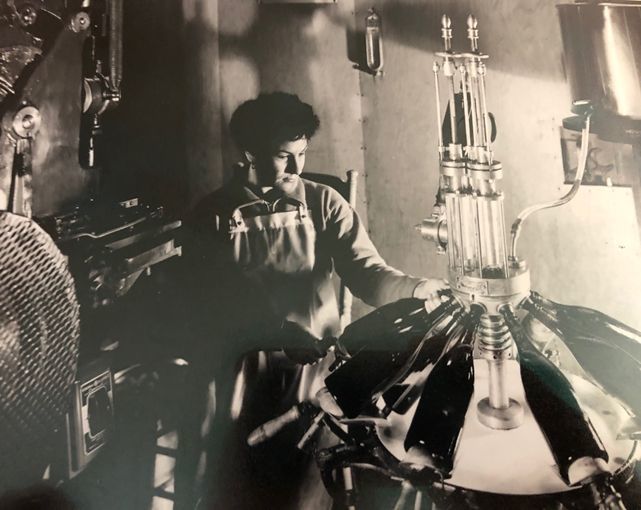 Five families will be featured at the St. Helena Historical Society’s “Museum For a Day,” which will be held from 1 to 4 p.m. Saturday, May 18, at the Native Sons Hall, 1313 Spring St.

The families are MacDonald, Lincoln, McCormick, Money and Bedolla. Members of the families will share their stories, photos and various ephemera. The St. Helena Historical Society will also have a few wonderful old vehicles outside for added interest.

These events are held every few years (at whatever venue can be found), because the St. Helena Historical Society is currently without a home, but its members still want the Historical Society’s treasures to be available to the community. This is one way to do that. Each family will have tables and easels for display, and most will have several members attending.

Susan M. Veresh, a SHHS board member, has interviewed the families and compiled each of the interviews that have been printed. The Bedolla family story is told this week.

Arriving in the early 1940s in Rutherford, Pedro “Pete” Bedolla used the government’s Bracero Program to assist the labor camps for the Christian Brothers Winery and Beaulieu. He was a native of Mexico and came to the U.S. in 1926. His wife Julia Diaz was born April 12, 1905 at Silao Leon Guanajuato, Mexico and moved to the U.S. with her relatives at age 12. Pete and Julia married in 1929 in Riverside.

Julia and Pete had five children: sons LiBrado (Lee) and Joseph, and daughters Rosa, Ramona and Amador, 10 grandchildren and 22 great-grandchildren.

Though the family started out in the Los Angeles area, when racial riots broke out there, the family moved north to Rutherford.

During the Bracero era, Pete crossed paths with folks like Christian Brothers’ Brother Timothy, and Chuck Wagner and his father Charlie of Caymus Vineyards. Pete’s son Lee and some others saved Charlie’s life when they managed to rescue him by lifting a large tree that had fallen on him. Their friendship was such that Charlie was a frequent visitor to the family home.

The labor camp where the brothers worked on Silverado Trail was later used in the film “This Earth is Mine,” as the home for one of the characters in the film.

Son Lee decided that he was also uncomfortable living in L.A., but he didn’t want to leave future wife Angela “Angie” behind, so he “kidnapped” her and came north to help his dad at the camps. Even though her cousin tried to talk her out of it, she climbed out of her cousin’s window to escape. As there were 10 children in her family, it took a while for the parents to notice.

Angie and Lee had three daughters — Julie, Chris and Veronica — and one son, Erick. While living in Rutherford, there was an old bar called the “Old Oaken Bucket” on the southeast corner of Highway 29 and Rutherford Road – when the school bus was coming, the owner and barkeep Marie would come outside to escort the kids across the road.

Both Angie and Lee contributed to the wine industry with mom at the winery at Beaulieu and dad was in vineyard management and then later when André Tchelistcheff and Mike Grgich set up their own wineries, he worked right alongside them.

Angie Bedolla began working at the Beaulieu Winery and she apprenticed later under Hans Kornell and later under Madame de Pins, a daughter of Georges de Latour, the founder of Beaulieu where she learned the authentic French champagne “hands-on” methods. After Georges died, she took over and continued for many years at Beaulieu, later transferring to the same winery as Lee across Highway 29 alongside Tchelistcheff and Grgich.

Pete and Julia’s daughter Rose “Rosie” worked for the family who owned the Tripoli Family Market – the site where Dean & DeLuca now stands. During the period when several Hollywood films were being made here, she was one of the infamous clerks in the market, and through that checkout line met such illustrious actors as Rock Hudson, Rod Steiger, Richard Egan and many others. She once met Elvis Presley in a vineyard!

Son Lee was friends since childhood with Tim Mondavi and Stephen Taplin, and the story is that the trio would get on the conveyor belts at the winery and play on them … some went downhill so it was great fun!

Daughter Chris met future husband Fred Fabre while both attended Robert Louis Stevenson Middle School in the ’60s. His father was an international captain with TWA and they moved from San Francisco to the Oakville area in 1964.

School chum Dee McFarland (of the Lincoln family, also participating on Saturday), and Chris pulled a prank on newly arrived Fred and stole his jacket to flirt with him.

Chris and Fred became sweethearts in high school and married several years later. They have two children, son Ian, born in 1980, who is a graphic artist working at the Lawrence Livermore Lab; and daughter Tessa, born in 1985, who is a logistics manager for the startup company CAMP. She and her husband are expecting their first child at the end of May.

‘THE POWER OF POETRY’

The St. Helena City Council awarded $190,000 in grants to 20 local nonprofits on Tuesday, the largest amount since the city launched the grant…

Members of five families with links to St. Helena’s history showed off heirlooms and mementos and shared family stories during the St. Helena …

‘Museum For A Day’ is St. Helena at its best

The St. Helena Historical Society presented “Museum For A Day” on Saturday, May 18. It was a dark and rainy day, but spirits were high and att…