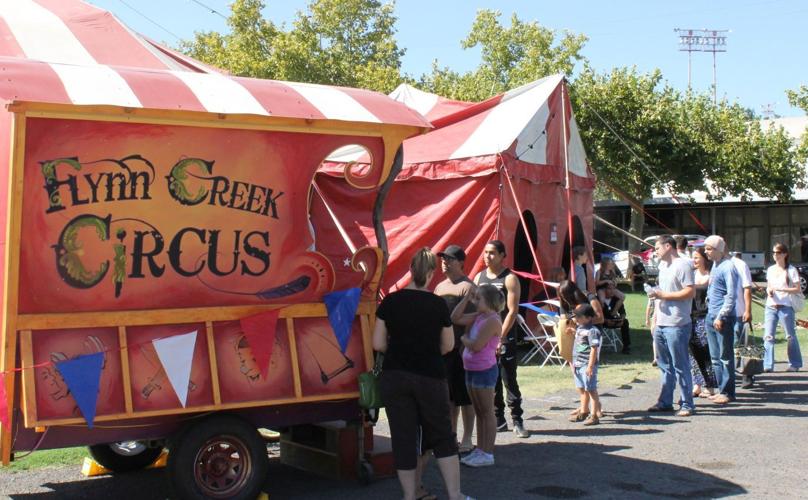 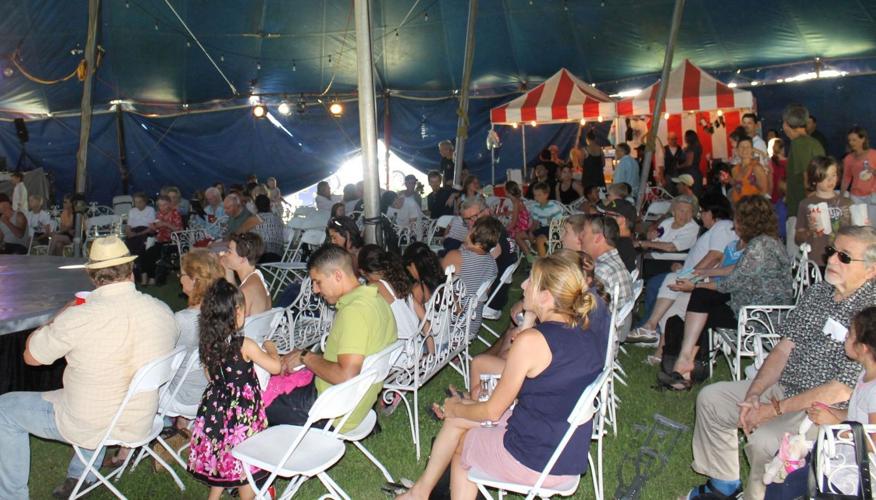 The expectations grew as the crowd began to fill the great circus tent of the Flynn Creek Circus at the Napa Valley Fairgrounds. 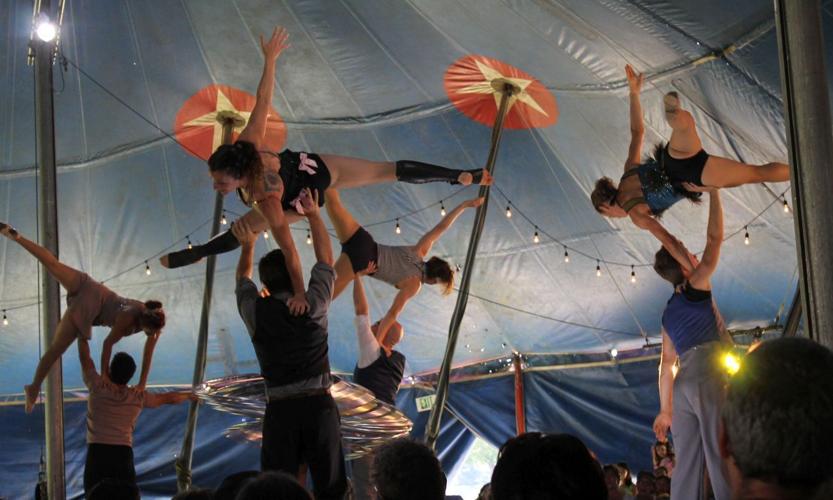 Performers of the Flynn Creek Circus spin and fly in a performance of acrobatic skills. 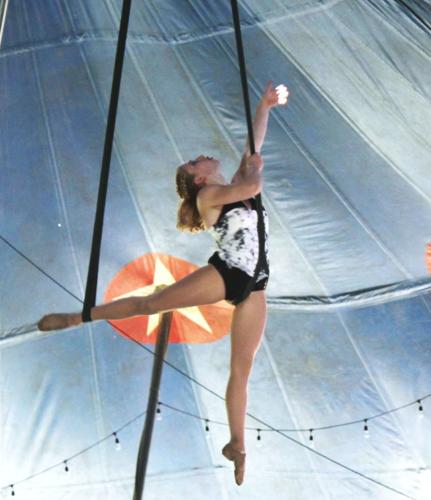 Aerialists at the Flynn Creek Circus climbed ropes to the apex of the big top, twisting and turning and dropping, all without a net.

The Mendocino-based Flynn Creek Circus came to Calistoga last week, and based upon the smiles of children (of all ages) it was an unparalleled success.

The orange and red circus wagon, the big top stretching against its ropes, and the colorful costumes of the artists and performers were merely the icing on the cake. This wasn’t your run-of-the-mill family sideshow, but a cast of truly talented artists who could take your breath away. They juggled pins, threw knives across the stage, rode unicycles, balanced on rolling drums, danced along in high heels across a tightened wire, and then climbed into the rafters to perform some of the most spectacular acts ever seen at the old Napa County Fairgrounds.

Nick and Wendy Harden entertained by joining forces together on Nick’s unicycle, performing rolls, somersaults and other tricks of balance. Jan Damm got his audience going with his skill juggling pins while sliding atop a pyramid of rolling barrels tentatively balanced on a table: first three pins, then four, then five, to complete his act with a backflip to the stage floor. Ariele Ebacher then elevated the art of the tight wire by gliding across the wire in red high heels and then kicking them off to break into dance. All was performed against soundtracks that ranged from the mysterious to the raucous.

Then there was the contortionist Shasha. Grabbing hold of rotating waist-high pillars, she hoisted herself upside down and demonstrated how elastic a body can be. For her finale, an assistant passed her a bow and arrow, which she grabbed with her toes while twisted upside down in a handstand. With a single fluid move, still upside down, she bent her body backward into a knot-like contortion, drew the bow with her feet and sent the arrow whistling across the stage to hit a small target directly in its center.

These were just a few of the acts of the Flynn Creek Circus. There were aerialists who climbed high into the big top without a net on ropes and twisted and turned and dropped suddenly to the stage 20 feet below, catching themselves just an instant before they would have crashed to the ground.

The Jones Duo provided the grand finale. Climbing a rope up to the very top of the tent, they mounted a narrow trapeze no wider than a chair.

There Blaze Birge and David Jones danced and swung and cavorted to a rollicking soundtrack as they seemed to throw one another toward the stage below, only to repeatedly catch one another by the hands, by the arms, by the legs, by the feet, and finally ankle-to-ankle, suspended above the crowd. The act was performed without a net, leaving the audience in awe.

For all the children (of all the ages) this was a circus that will be talked about long after the big top left town.

The Flynn Creek Circus is on tour through Northern California, with remaining summer appearances in Point Arena, Fort Bragg and Arcata.

The expectations grew as the crowd began to fill the great circus tent of the Flynn Creek Circus at the Napa Valley Fairgrounds.

Performers of the Flynn Creek Circus spin and fly in a performance of acrobatic skills.

Aerialists at the Flynn Creek Circus climbed ropes to the apex of the big top, twisting and turning and dropping, all without a net.