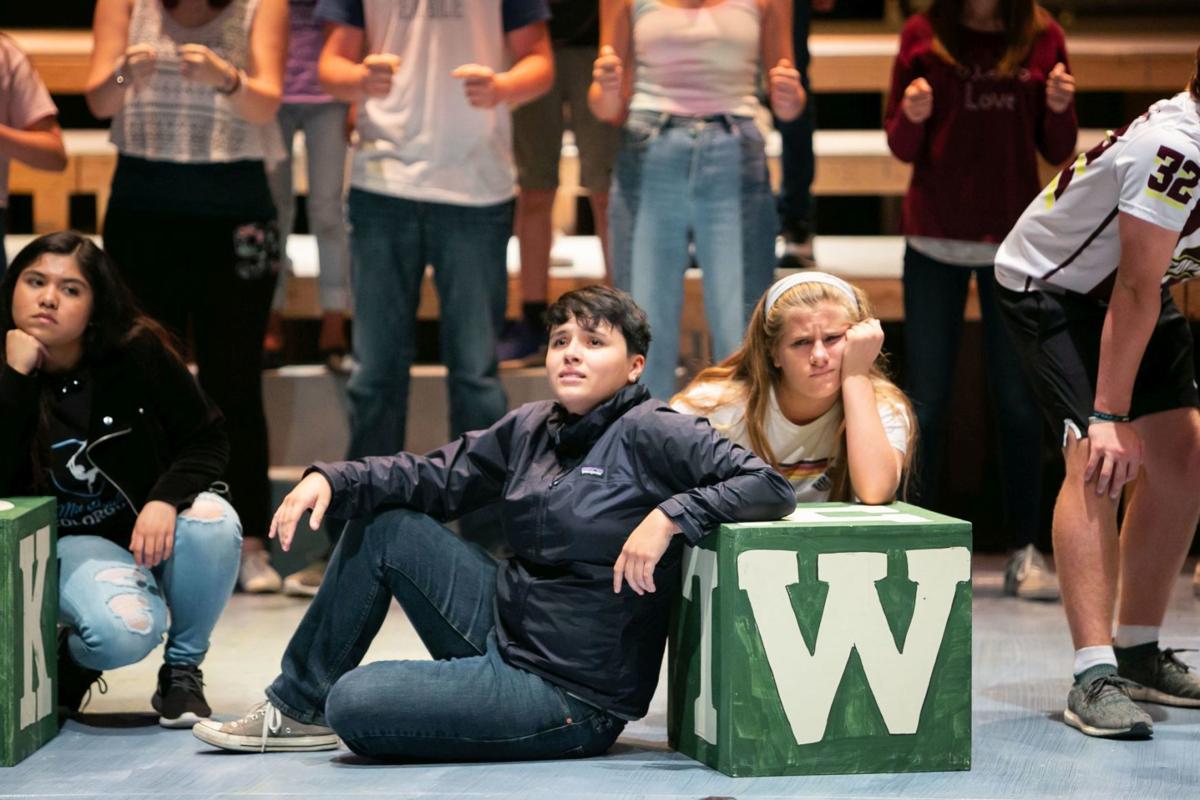 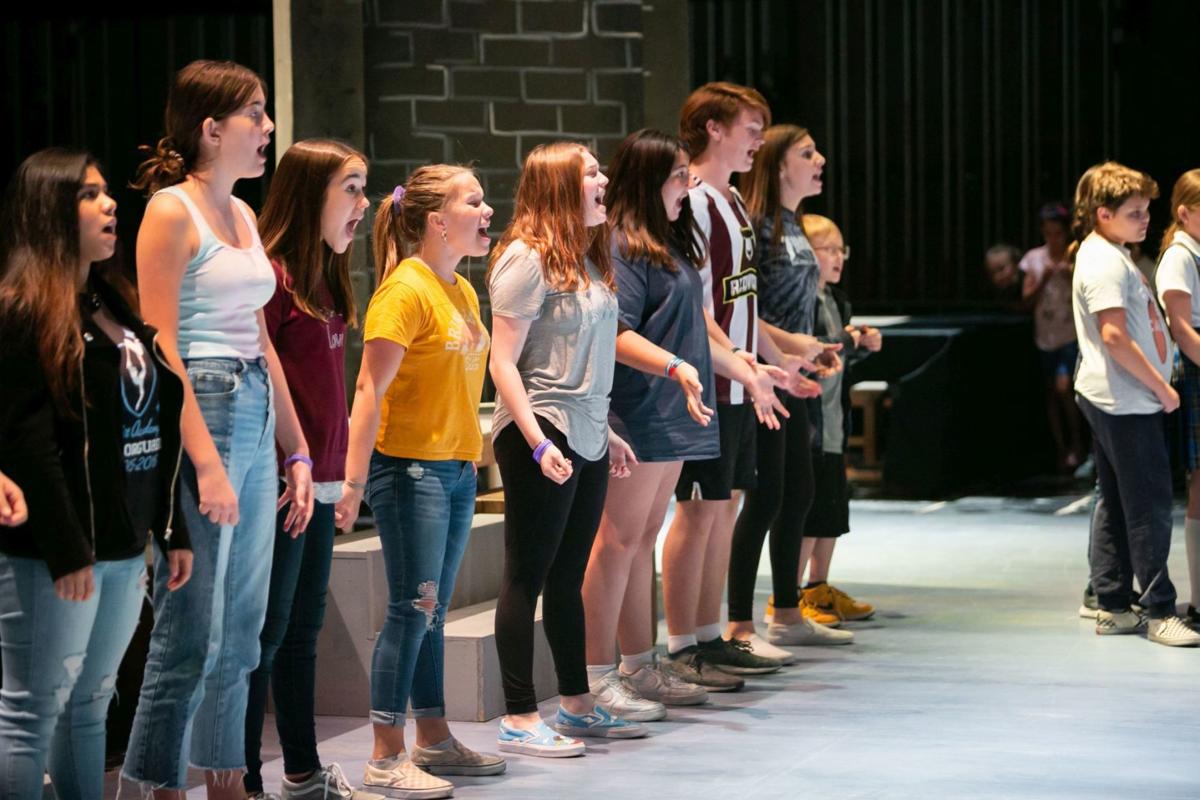 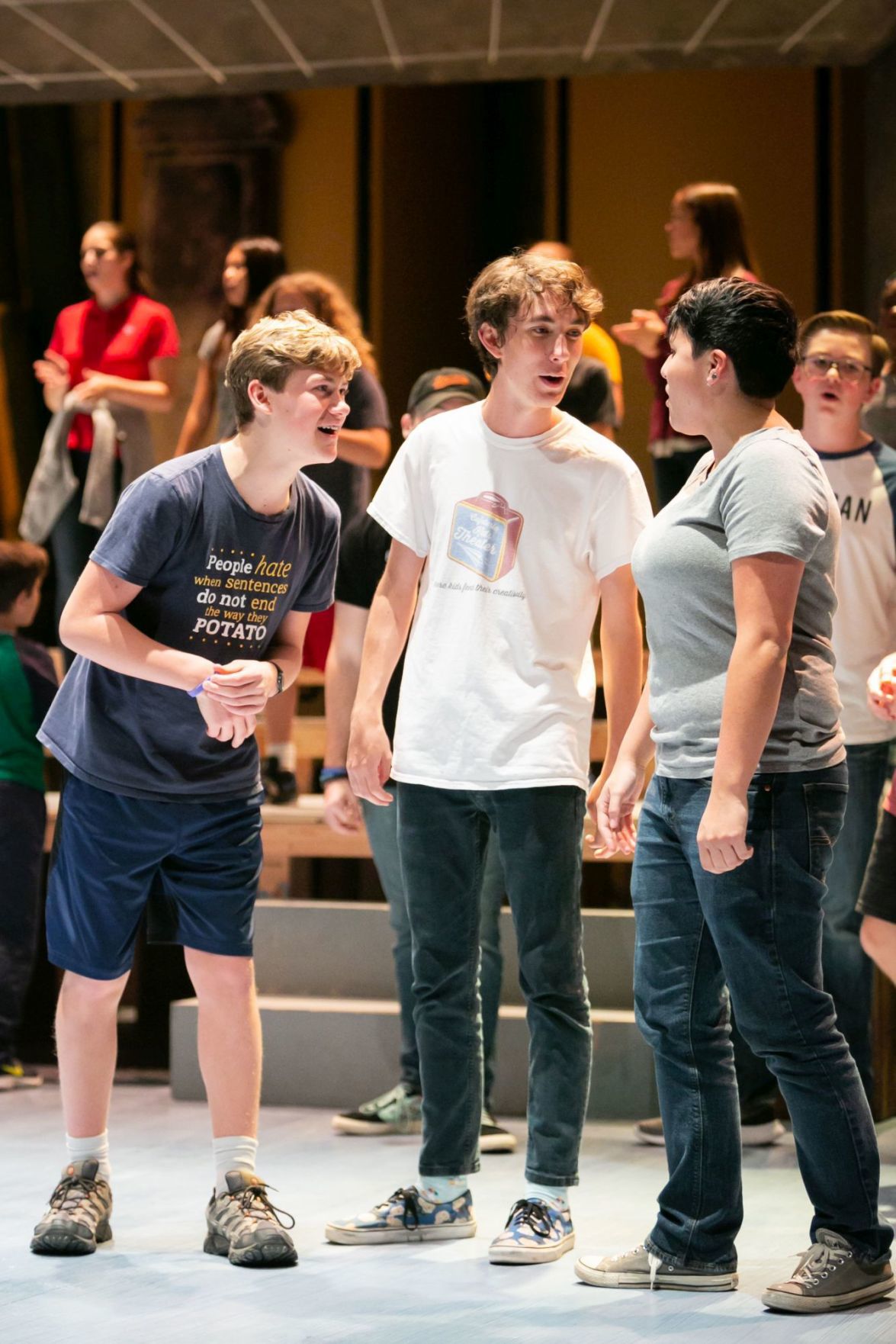 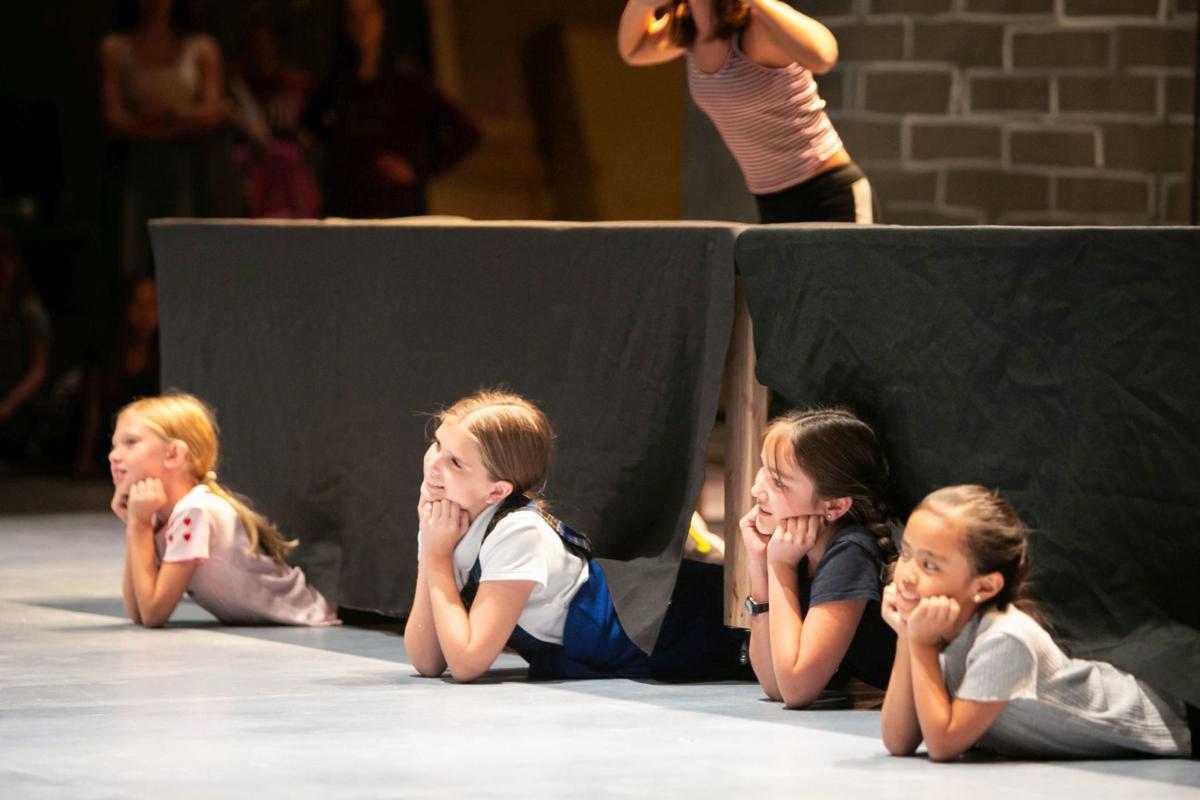 “I love how strong the characters are, the choreography is just awesome, and the plot keeps you on your toes,” said Josie Goldfarb.

The story of the imaginative and bookish young genius who can move objects with her mind will be familiar to a range of audiences, either through Roald Dahl’s original novel, the film adaptation directed by Danny DeVito, or the Tony-winning stage musical that premiered with the Royal Shakespeare Company in 2010 and hit Broadway in 2013.

The Napa show, based on the musical with book by Dennis Kelly and songs by Tim Minchin, is directed by Olivia Cowell and Aimee Guillot, with musical direction by Vivian McLaughlin.

“It teaches you that whatever is keeping you from doing something, you can push through that and do it,” said Anna Harrington, an eighth-grader at RLS Middle School. “And have fun while doing it.”

During a recent rehearsal, a few of the Upvalley cast members told the Star about their roles – and about why people should come to the show.

Sixth-grader Connor Cleland plays Eric, one of Matilda’s classmates at a school run by the flamboyantly cruel Miss Trunchbull. The headmistress has a flair for punishment, at one point painfully stretching Eric’s ears.

Cleland’s role isn’t as prominent as his previous appearance as Michael Banks in “Mary Poppins,” but the experience of working with Cafeteria Kids Theater keeps him coming back.

“Just the kind of vibe that happens here is so fun,” he said.

Noah DuBois, who also played the double-cast role of Michael Banks last fall, plays Bruce Bogtrotter, who endures an even more creative punishment than Eric’s after being accused of eating Miss Trunchbull’s cake.

The most challenging part of his role is the choreography in the song “Revolting Children,” a rousing anthem of rebellion against Miss Trunchbull’s tyranny.

DuBois enjoys interacting with the rest of the cast, and he hopes to keep participating in Cafeteria Kids Theater. “I’ve made a lot of good friends here,” he said.

“He told us which vowels and which consonants to pronounce differently,” DuBois said, putting on a Russian accent that’s more Vladimir Putin than Boris and Natasha.

“I get to call people stupid a lot, which is fun,” he joked. “But my favorite thing is the great sense of community. You can really be yourself here. If I have a bad day at school, I know I can come here and feel better.”

“But she’s fun to play. You get to do the annoying part of yourself,” she said. “And I get to prank Trunchbull, which is fun.”

Bin Yunus, age 7, said she enjoys being with her friends on the set. Her mom, Aimee Guillot, co-directs the show.

People, especially kids, should attend “Matilda” because they might get inspired to become active in theater themselves, Bin Yunus said.

This is Goldfarb’s 13th theatrical production between Cafeteria Kids Theater and St. Helena Drama, where she appeared in “The Laramie Project” earlier in October.

“The ensemble for (‘Matilda’) is genuinely the most fun I’ve had,” she said. “I love the people here, and I’ve created such a strong bond with everybody.”

Sometimes Goldfarb would rehearse “Laramie” – a harrowing drama about homophobia and violence – and then head straight to Napa to rehearse the zany and whimsical “Matilda.”

“I’d start out the day kind of sad, and then I’d come here and it would cheer me up,” she said. “Sometimes the sadness from ‘The Laramie Project’ carried over to this rehearsal. I cried a few times while watching (‘Matilda’) because it’s so beautiful and so happy.”

Take the world’s coolest nanny, add a string of memorable songs, throw in lots of British accents, and it should add up to an entertaining eve…

The cyclist who found the brutally beaten body tied to a fence post thought it was a scarecrow. The first police officer on the scene couldn’t…

Review: A stunning look at 'crazy' at Lucky Penny

As the house lights went dark on Lucky Penny’s “One Flew Over the Cuckoo’s Nest,” I felt paradoxically energized and exhausted. The execution …

NVC, Cafeteria Kids Theater team up for ‘Shrek the Musical’

From the moment a crew member asked “Are we going to do farts and burps?” during a recent rehearsal, it was obvious that “Shrek the Musical” i…

On a recent chilly Saturday morning, I had the honor of attending a rehearsal of “Matilda the Musical,” a collaborative production by Cafeteri…

The 5th Grade Student Council at St. Helena Elementary School held a “Socktober” sock drive during the month of October to collect socks for the South Napa Shelter.

St. Helena's Napa Valley Cooking School begins its fall restaurant on Tuesday, Nov. 19. Reservations are available for lunch, at $45 per person, for the student-run restaurant, which continues through Friday, Nov. 22. In December, the restaurant is from Dec. 3-12.

Film critic Mick LaSalle will talk about the Oscars on Jan. 29 at Blue Note Napa.

St. Helena Drama's production of "Newsies" is lovely, full of high energy dancing and singing and is a delightful way to spend an evening or afternoon.

Shakespeare Napa Valley's student company presents a virtual presentation of “Romeo and Juliet” on Thursday, July 16 at 7 p.m. as a live Zoom performance.