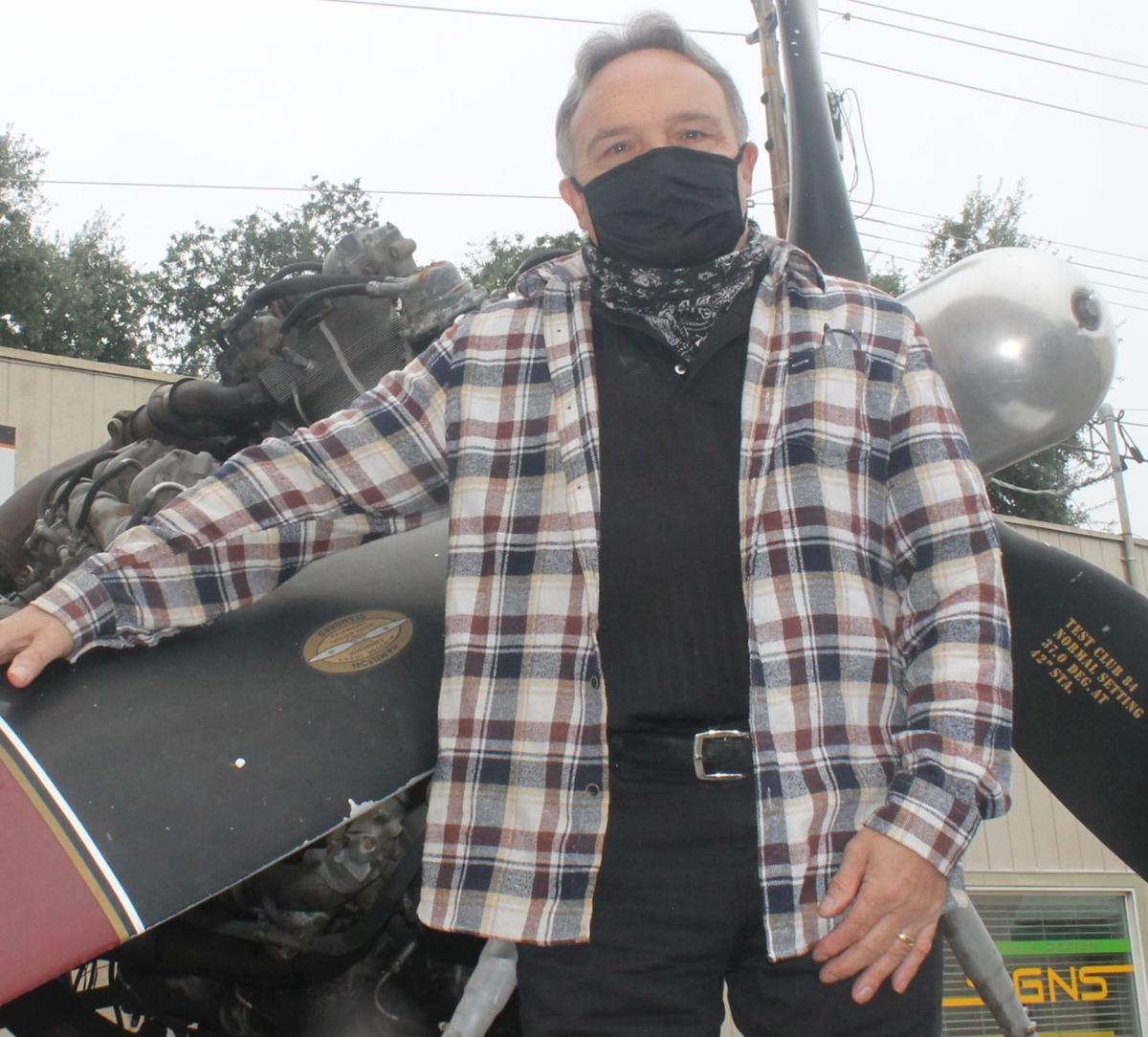 Mike Nieman, in his proper COVID-19 face mask, stands in front of the Pratt & Whitney R-4360 radial aircraft engine that's on a trailer at his St. Helena shop. 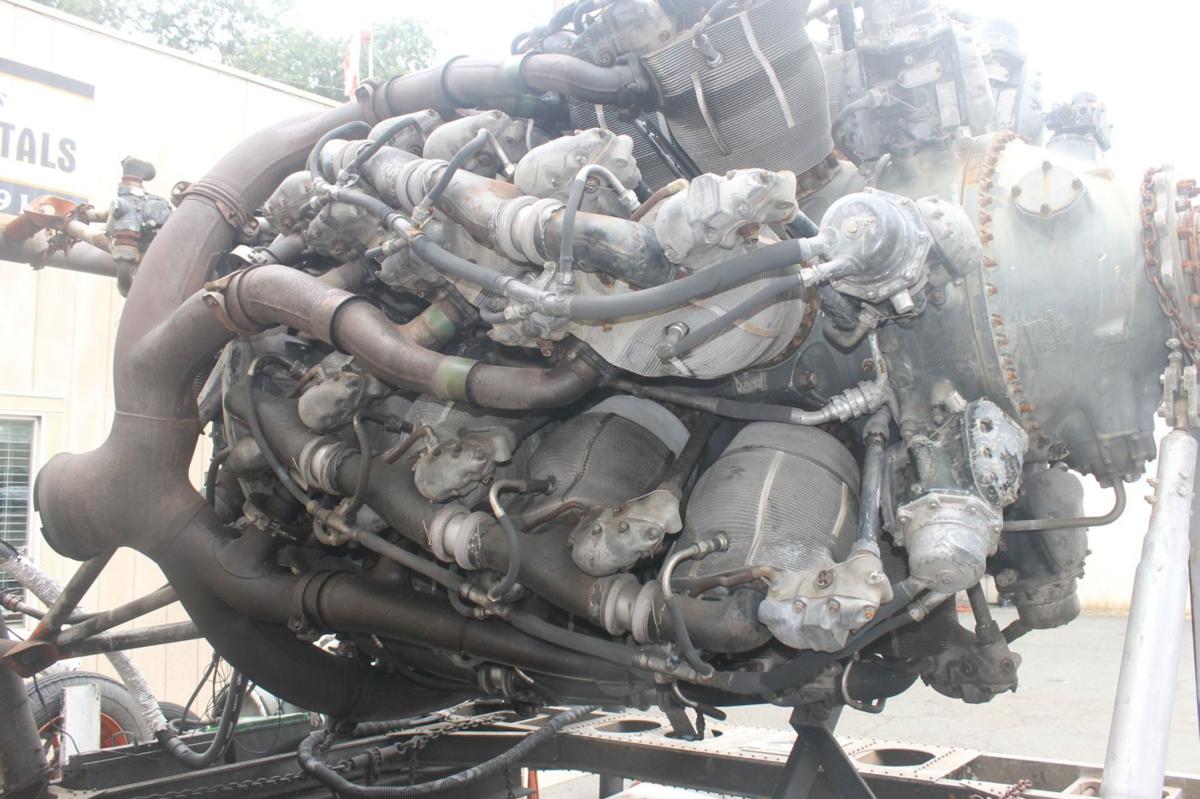 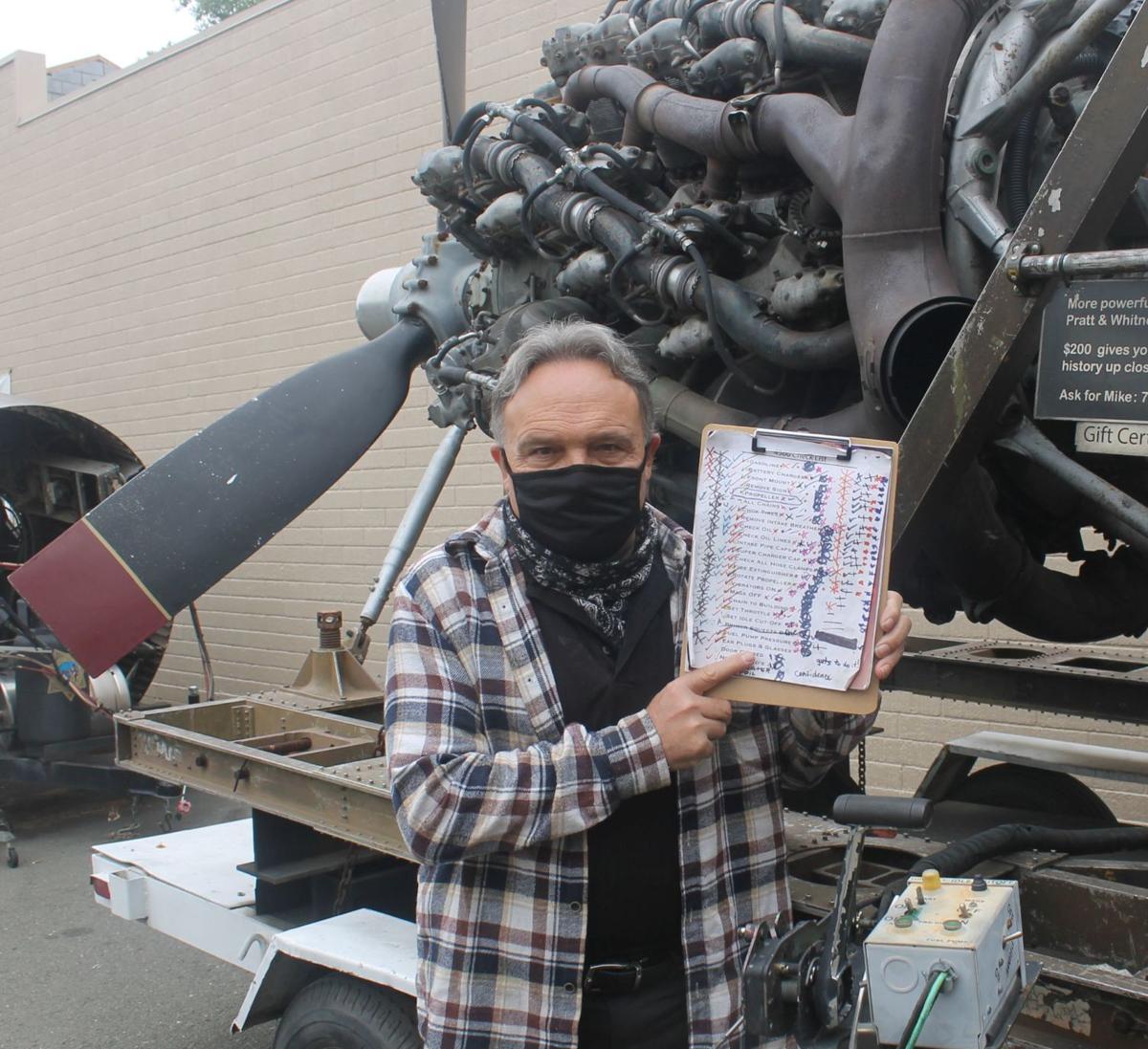 MIke Nieman holds a checklist of the tasks that need to be done before the Pratt & Whitney R-4360 radial aircraft engine can be started. 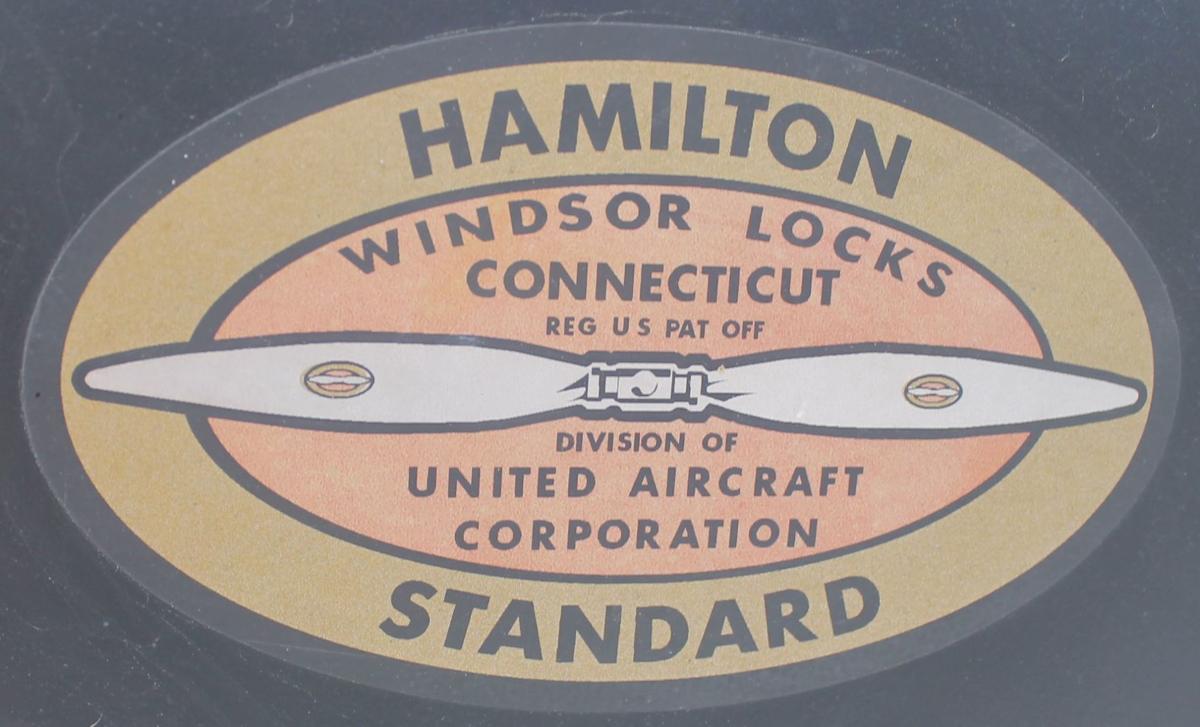 A decal on the propeller of the Pratt & Whitney R-4360 "Wasp Major" radial aircraft engine.

To Mike Nieman, the smell of his large Pratt & Whitney “Wasp Major” radial aircraft engine running is “the smell of victory.”

“That smell is of a working engine that made this country free,” said the St. Helena mechanic and owner of two large aircraft engines as well as Nieman’s Motorcycle Rentals, with his wife Jodie. Nieman said the Pratt & Whitney R-4360 is “a powerful piece of history that is here for people to look at and to hear run. Once you hear it run, feel the rumbling of the earth, the power of 28 pistons putting out 4,300 horsepower is just unbelievable.”

Pratt & Whitney developed the R-4360 near the end of World War II – the last and largest radial aircraft engine ever built — to power the Convair B-36, designated “Peacemaker,” a large transcontinental strategic bomber. The Convair B-36 was built in Fort Worth, Texas and was designed to carry the 10,000-pound hydrogen bomb from bases in the eastern United States to Moscow and back without refueling. The U.S. Army Air Corps used it to maintain the peace during the Cold War in the 1950s. The plane was powered by six of these piston-driven engines – three on each wing – with an additional four jet engines, two on each wing. It was in service from 1949 to 1959. More than 400 aircraft were built, but nearly all were scrapped and only four remain in aircraft museums. None are airworthy.

Nieman found his R-4360 on eBay. It was located in a little museum in Sisters, Oregon. “A friend of mine, John Montelli, and I drove all the way up there and we picked up this beautiful engine from a collector who couldn’t keep it anymore. He broke his back in an airplane accident,” Nieman said.

In 1959, the engine was going to be rebuilt by a shop in Los Angeles; instead they sold it to the collector, who was retired from the U.S. Air Force. “He was an engine collector and this is a prize jewel for any aircraft engine collector,” Nieman said. Eventually, it ended up in Oregon, where it joined a second R-4360, but that one was in pieces.

The aircraft engine cost $10,000. That was nearly a decade ago and it took Nieman two years to locate the parts and get the engine running again. “I needed to find a propeller for it. Finally, I got one from a war museum in Tampa Bay, Florida, which cost me $3,500.”

Nieman has spent his adult life working on cars, engines and motorcycles, but aircraft engines were a bit different. He went on the internet to find information about the engines, sought out repair manuals and even found “an older gentleman who worked at Travis Air Force Base, who actually came here to help me learn how to start it,” Nieman said. It’s not like starting a regular engine, since there’s a two-stage supercharger on it. “If you give it too much gas, you’re going to foul the spark plugs,” Nieman said.

“The flight engineers on the airplane would never let the pilots start it because if they fouled the 56 spark plugs – two per cylinder – it would take a day and a half of maintenance to get it all back, ready to go again,” Nieman said. And, if the spark plugs are fouled, you can overprime it and blow a piston through the block when the air chamber is filled with fuel. “Starting them is real tricky,” Nieman said in an understatement. He posted a video of starting the engine on YouTube some seven years ago.

Nieman’s R4360 is not the only one running. “A friend of mine has one running in a downtown in New Jersey at a gas station,” and another friend, Steve Phillips, has one in Petaluma that he starts once a year, during an event where he shows off his farm implements.

With Phillips, the two traded information and help. “When I was putting it together, I could call Steve and ask him questions about ignition vibrators and stuff that I had no clue about. That was the fun part of it, I’ve worked on cars all of my life, being able to work on airplane engines has really helped me mentally keep going with the mechanics,” he said.

Nieman estimates he has started the R-4360 about 20 times – he charges $200 each time he starts it – he has a long checklist to go through and the customers read the checklist while he does the work. “They flip a coin to see who can start it. I actually let them take the controls, so they can set the throttle and feel the power when they start it up.”

To get one of the aircraft engines started is exciting, and once it’s going, it’s loud and people are thrilled.

“Not one person has wanted their money back,” he said. “Everyone in town has seen it run, one time or another,” although he won’t start either of his aircraft engines again until the COVID-19 coronavirus has ended, when it is safe for people to gather together.

He admits he’s just a caretaker for the engine. “We have to keep the history of this engine going, so young people can come and see this staff, see it run. It’s a great attraction for St. Helena, I hope everyone enjoys it.” And, when he’s done with the aircraft engine … “Won’t everyone be surprised to see the faces of those in the St. Helena Historical Society when I donate it?” Are you going to do that? Nieman’s response: “We’ll see.”

Watch Now: Firing up the bomber engine in St. Helena

Some 40-plus years ago, Mike Nieman and Tom Harding learned about Harley-Davidson motorcycles while they attended William Bowers’ classes at S…

VW Bug decked out in wedding flowers in St. Helena

Mike and Jodie Nieman’s 1972 Volkswagen Bug was decked out in flowers on Main Street on Monday, Oct. 22, courtesy of Erica Grube and her Calis…

From the editor: Pretend to be a tourist, discover St. Helena

In the weeks and months ahead, as the Napa Valley recovers from October’s traumatic and devastating wildfires, it is time for all of us to act…

Hello, Dear Readers, and welcome to July. I hope the fireworks show was a blast (it’s still 34 hours away as I write this). Happy birthday, U.S.A.

Nieman fires up a piece of history

Even while it sits still and silent on its trailer in a downtown parking lot, the massive airplane engine attracts attention from people walking by.

What are the chances?

How many Napa Valley WWII Veterans are turning 100-years old? More than one would think.

Mike Nieman, in his proper COVID-19 face mask, stands in front of the Pratt & Whitney R-4360 radial aircraft engine that's on a trailer at his St. Helena shop.

MIke Nieman holds a checklist of the tasks that need to be done before the Pratt & Whitney R-4360 radial aircraft engine can be started.

A decal on the propeller of the Pratt & Whitney R-4360 "Wasp Major" radial aircraft engine.