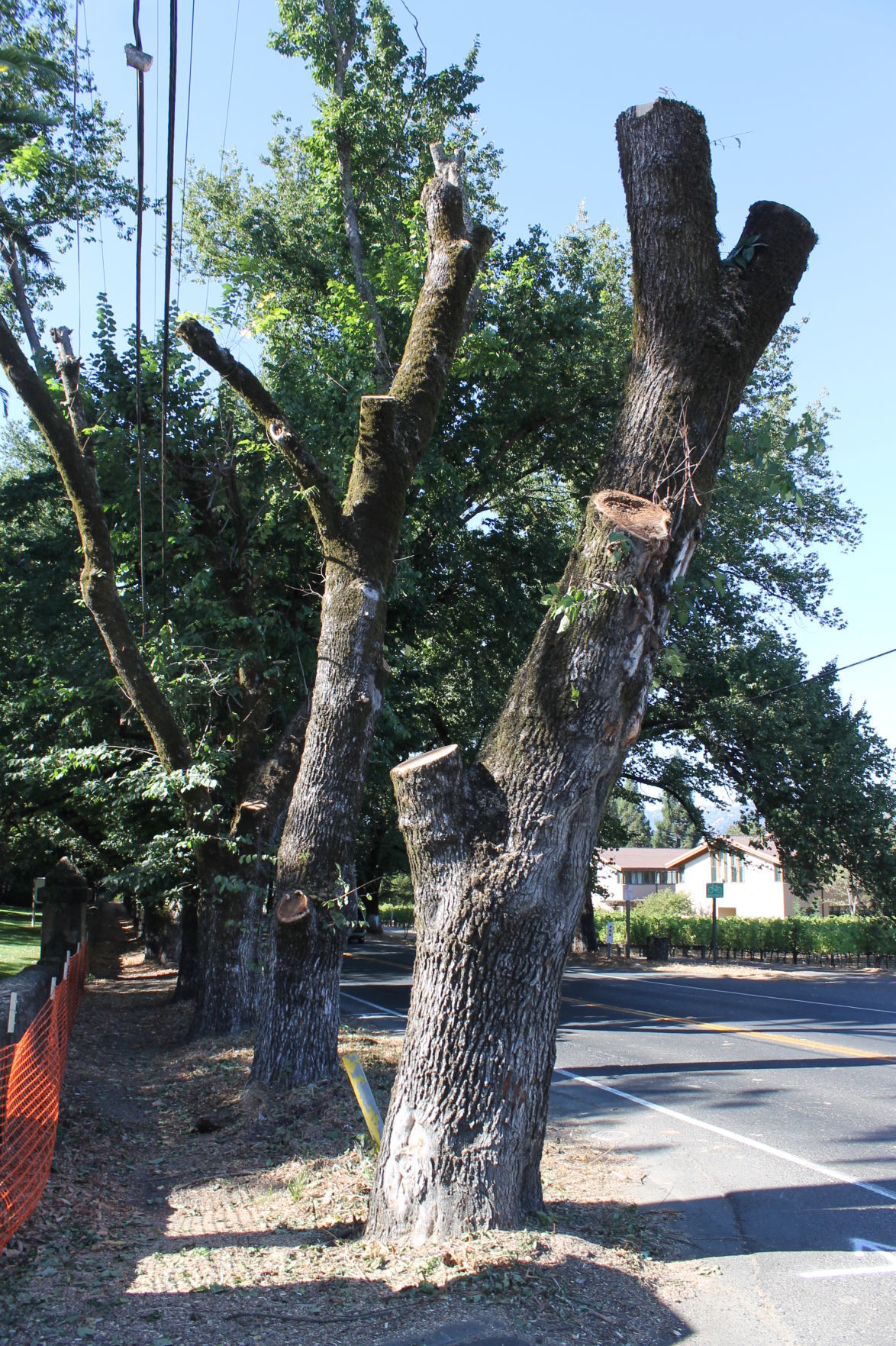 A tree near the entrance to Beringer Vineyards is removed from St. Helena’s elm tunnel in this 2017 file photo. 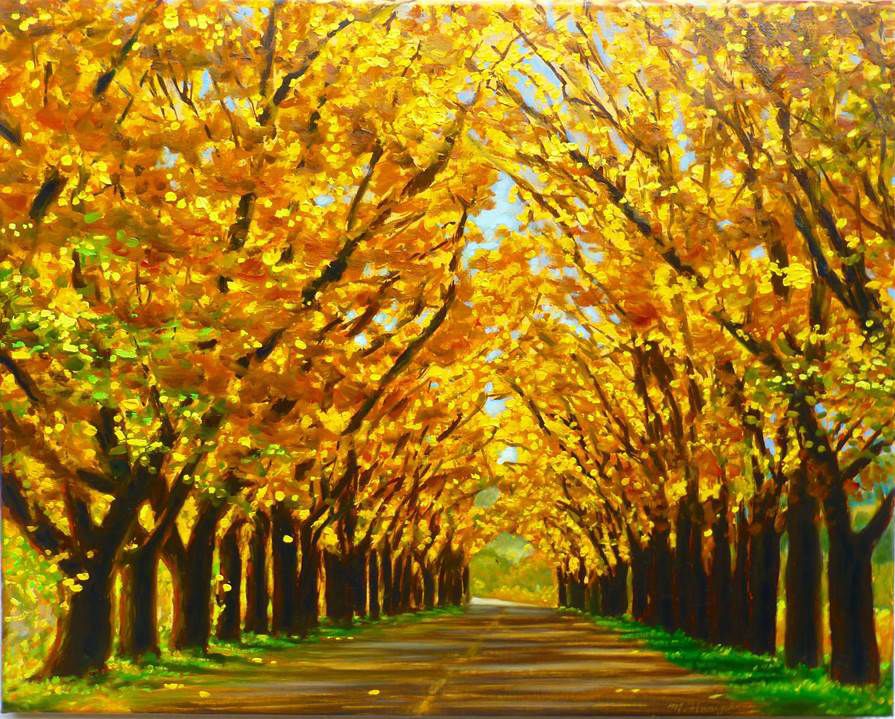 Marvin Humphrey’s oil painting of St. Helena’s elm tunnel. Humphrey’s work was on display at the St. Helena Public Library in the fall of 2017.

The city of St. Helena should remove seven trees from its historic elm tunnel and consider removing another 20 over the next few years due to poor health and safety risks, according to a new report.

Arborist John Leffingwell of HortScience, a division of Bartlett Consulting, assessed all 144 trees, both mature and young. He recommended removing some trees and pruning others to reduce the risk of branches falling onto people and cars.

Leffingwell also recommended continuing periodic soil and root treatments intended to suppress Dutch Elm Disease, which is spread by a bark beetle. The city should also consider having new disease-resistant trees grown on a contract basis, he said.

“This stand will eventually be replaced with new trees, ideally over a long period of time,” Leffingwell told the council on Nov. 26. “Currently all the (mature) trees were planted at once, they’re all the same age, and they’re all having similar structural defects at the same time.”

Councilmembers didn’t direct the removal of any trees right away, but they were interested in hiring Leffingwell to conduct an aerial inspection of some of the mature trees to look for signs of decay.

They also told staff to follow up on Leffingwell’s recommendation to create a more robust and detailed management plan for the elm tunnel. The current plan, agreed upon by the city and Caltrans, specifies who is responsible for doing what, but it doesn’t delve into the technical details of maintaining the trees or managing the tunnel’s long-term transition.

Of the 88 mature trees, 61 showed evidence of branch dieback consistent with Dutch Elm Disease. Three were rated in good condition, 57 were in fair condition, 24 were in poor condition, and four were dead.

Fifteen trees had sustained trunk wounds from being hit by cars. Twenty-nine had been so degraded by “decay organisms” that they had visible cavities, some as deep as 36 inches.

The 56 younger trees, planted since 2011, were in much better shape. Fifty were in excellent condition and none were rated poor. Leffingwell said the city has done a good job caring for the young trees, which are watered weekly.

Removing some of the trees that are in the poorest condition and pose the highest risk would create gaps in the canopy, providing more light and soil nutrients for the younger trees and helping them establish more quickly and develop better form and structure, Leffingwell said.

“Those new trees will grow faster and fill in faster as a result of that opening,” he said.

The tunnel flanking Highway 29 next to Beringer Vineyards was planted by the Beringer brothers in 1885. It’s considered a contributor to Beringer’s designation as a National Historic Landmark.

“As such, any replacement trees must reach a similar mature height, provide a similar leaf size and branching pattern, and have similar form, scale, color and texture as the original American elms,” Leffingwell wrote in his report.

Caltrans officials announced Tuesday that 10 more diseased elms will have to be removed from St. Helena’s historic elm tunnel this winter, and…

St. Helena kids are vaping as early as seventh grade. City officials are looking for ways to curb e-cigarette use.

St. Helena is looking for local experts to evaluate how to fund new public buildings.

The city of St. Helena expects to save millions of dollars by paying down its unfunded pension liabilities on a more aggressive schedule.

The Upper York Creek Dam is scheduled to be removed by the end of 2020.

A tree near the entrance to Beringer Vineyards is removed from St. Helena’s elm tunnel in this 2017 file photo.

Marvin Humphrey’s oil painting of St. Helena’s elm tunnel. Humphrey’s work was on display at the St. Helena Public Library in the fall of 2017.