Salvestrin died after fighting pancreatic cancer for two and a half years, her family announced Friday.

“She had an effective but gentle way of persuading people to support her cause,” said Mariam Hansen, research director for the St. Helena Historical Society, who nominated Salvestrin for the Lifetime Achievement Award. “She was always so enthusiastic about everything that she did. She made you feel like you were a really special person, and your gifts were needed in this cause.”

Born Susanne Austin in Honolulu in February 1941, Salvestrin and her family moved to St. Helena during World War II while her father was stationed at Mare Island. Her family moved frequently, but after high school she returned to St. Helena, where she worked for Olney’s Gifts & Hardware, where she met mail carrier Ed Salvestrin. They married in 1961 and had three children: Mark, Richard and Lynn.

“She was a family matriarch — a wonderful family that worked together tirelessly to make their business a success,” Hansen said.

In 1990 the Salvestrins restored the Victorian house on their property that had been built in 1859 by Dr. George Belden Crane, an early St. Helena pioneer and one of the founders of the local wine industry. The meticulous work brought Salvestrin into contact with Crane’s descendants and inspired her fascination with local history.

Salvestrin started inviting local pioneer families to her house to talk about history. When then-Library Director Larry Hlavsa placed an ad in the Star about forming a St. Helena Historical Society, Salvestrin “jumped in with both feet,” becoming a founding boardmember and encouraging other people to get involved, Hansen said.

For the rest of her life Salvestrin was dedicated to preserving St. Helena’s history and educating the public through events like Museum for a Day and the Spirits of St. Helena cemetery tour, Hansen said. She also chaired the historical society’s History Becomes Art fundraiser.

Salvestrin was skilled at arts and crafts, once giving Hansen a baby quilt for Hansen’s first grandchild. She was also a renowned cook and baker, teaching a cake decorating class, competing alongside other members of the historical society in Hall Wines’ Cabernet Cookoff in 2011, compiling a cookbook published by the Federated Women, and winning a People’s Choice award in a salsa contest at the St. Helena Public Library.

“She had the most wonderful kitchen with every gadget you could think of,” Hansen said.

Bonnie Thoreen, another longtime member of the historical society, said Salvestrin “faced her illness and death as she did her life — with determination, thoughtfulness, fearlessness and humor.”

“She made my life richer, and I treasure the time I was able to work with her as a mentor, leader and friend,” Thoreen said, calling Salvestrin’s death “a loss not only to the St. Helena Historical Society but to the entire community.”

Energetic, impossible to intimidate, and never afraid to speak her mind, Salvestrin “had big visions and didn’t settle for anything less,” Thoreen said.

Salvestrin lived long enough to see one of her most ambitious visions realized, with last year’s establishment of the St. Helena Heritage Center at the former St. Helena Catholic School.

Salvestrin lobbied hard to secure a permanent home for the St. Helena Historical Society’s vast but scattered collection of memorabilia. Before the historical society moved into the Catholic school, Salvestrin pursued several other sites, including the former Thrifty Manor behind the St. Helena Catholic Church, the Carnegie Building, and the city’s Adams Street property.

Skip Lane, who served with Salvestrin on the historical society board for 15 years, said he didn’t always see eye to eye with her, but he always respected her “indefatigability.”

“She just wouldn’t quit,” he said. “She was a firebrand.”

Salvestrin stayed involved in the establishment of the Heritage Center even as she battled cancer, Lane said.

“Everyone knew she was sick, but it didn’t seem to affect her much,” Lane said.

According to her obituary, Salvestrin will be laid to rest at the St. Helena Cemetery during a private gathering in February. A celebration of life will be held at a later date when outdoor gatherings are permitted.

HEART OF THE VALLEY: MEET OUTSTANDING MEMBERS OF THE NAPA COUNTY COMMUNITY

Each year the Napa Valley Register runs a series of community profiles to shine a spotlight on unsung individuals whose actions have made a difference in the lives of others in Napa County.

Heart of the Valley: Head of Napa Child Support Services leads collection drives, service to needy of all ages

During the COVID-19 pandemic Janet Nottley's work has extended beyond the normal tasks of establishing and enforcing child support orders for parents.

Parents on tight budgets told Shelley Lopez they were choosing between food and masks for their children. She set out to make sure families had what they needed.

Heart of the Valley: Rodger Collinson's quest to save Napa Valley's restaurants

After lockdowns threatened to spell doom for Napa Valley's vibrant culinary scene, one local stepped in to offer his help. Soon so did 15,000 others.

Heart of the Valley: Volunteering is ‘expanding experience' for Calistoga’s Erika Pusey

Erika Pusey credits the people she has met in her numerous volunteer efforts for changing her life and widening her horizons.

St. Helena Public Cemetery to be listed on the National Register of Historic Places

St. Helena Public Cemetery soon will be listed on the National Register of Historic Places. A plaque dedication and unveiling will take place …

Ishi became famous as the last member of the Yahi tribe of Native American. Anthropologist Alfred Kroeber, who wrote about him, spent his summers in the Napa Valley.

The St. Helena Historical Society is opening the doors to its new Heritage Center from noon to 4 p.m. Saturday, Dec. 4, at 1255 Oak Ave. 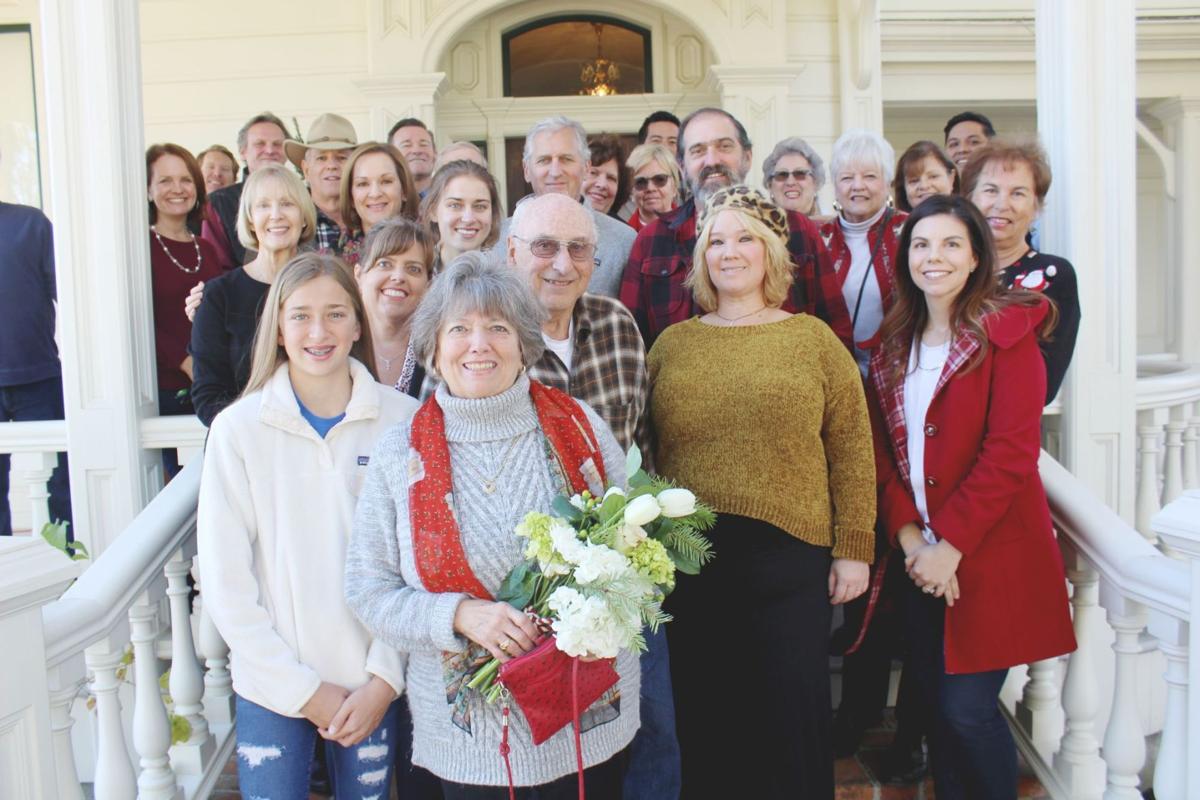 Family members, friends and members of the St. Helena Historical Society surround Susanne Salvestrin after she was awarded the St. Helena Chamber of Commerce's Lifetime Achievement Award in 2017. 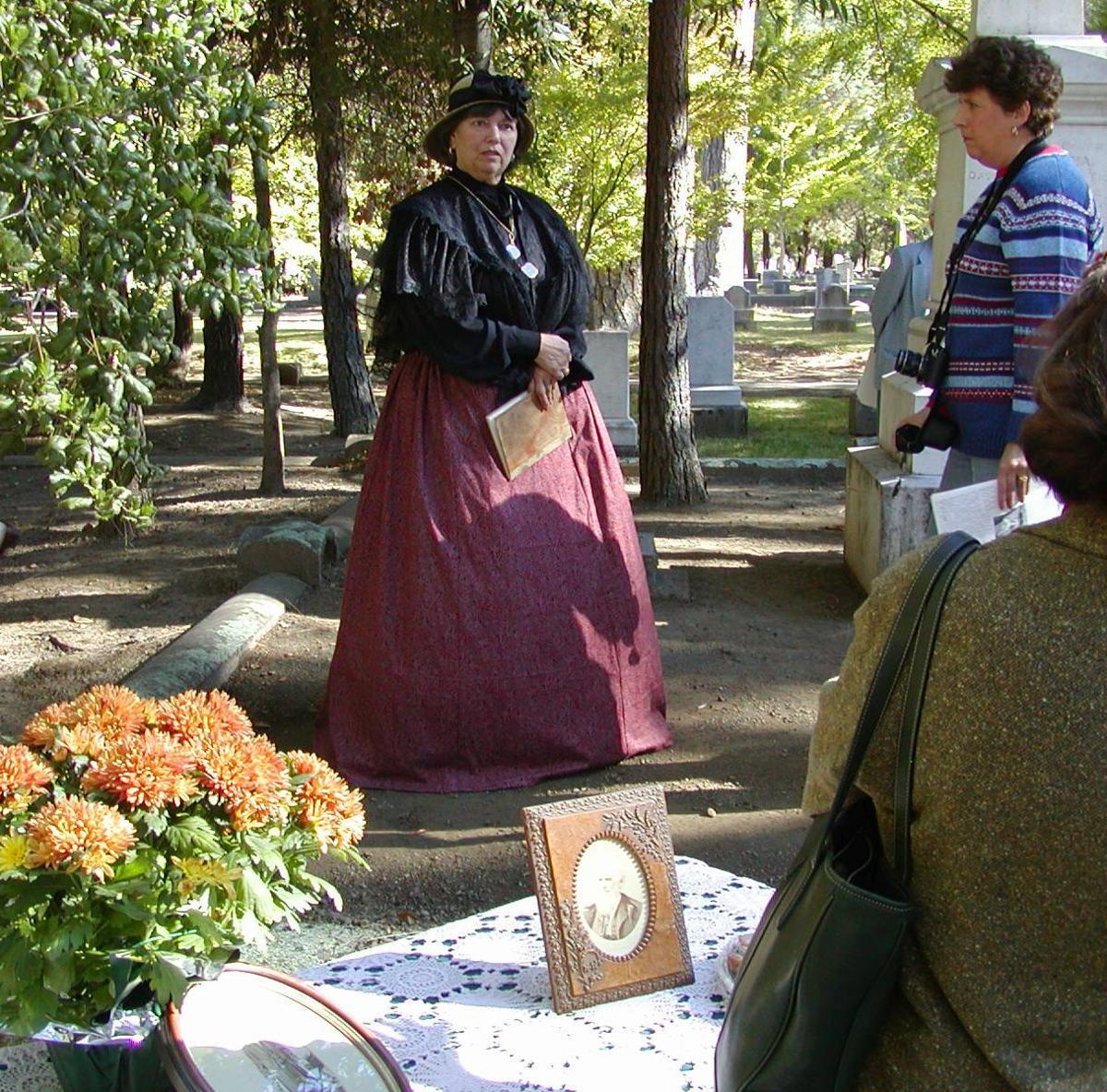 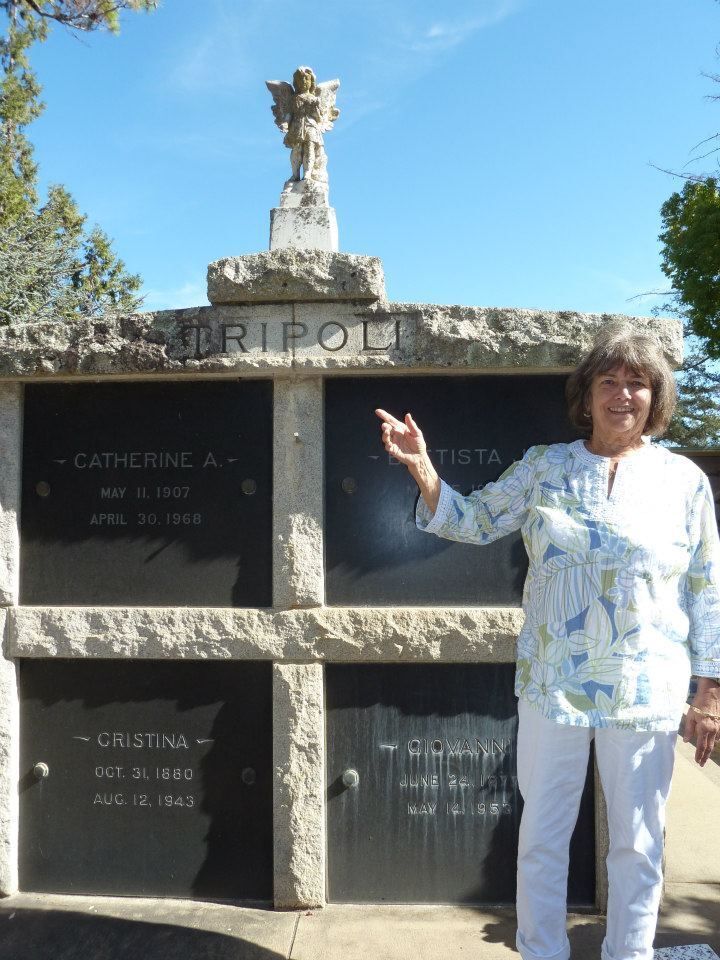 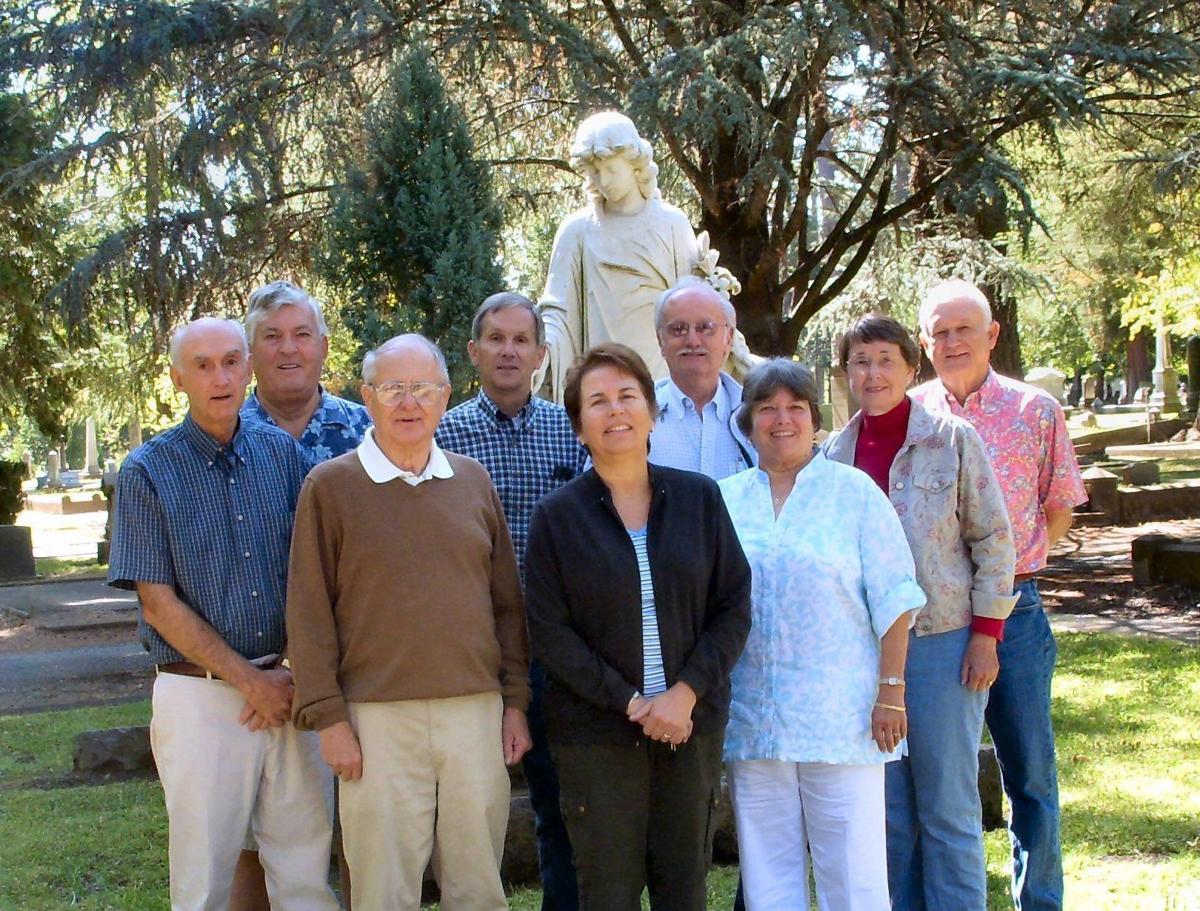 Susanne Salvestrin, front row on the right, poses with other members of the St. Helena Cemetery Association in 2011. 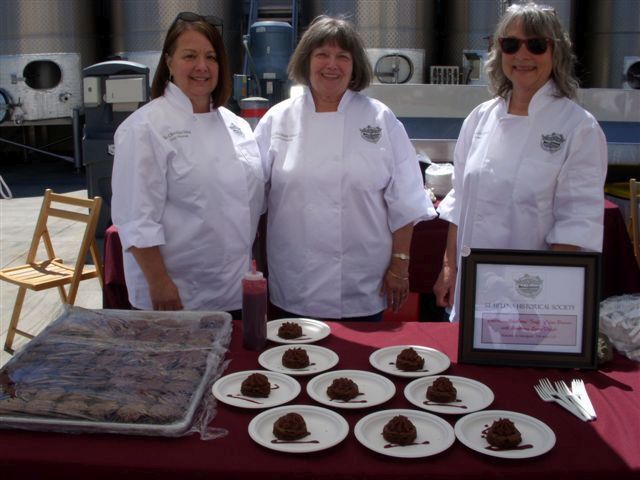 Susanne Salvestrin, center, competes in the the Hall Cabernet Cookoff as part of a team with Tricia Westbrook and Kim Farmer. 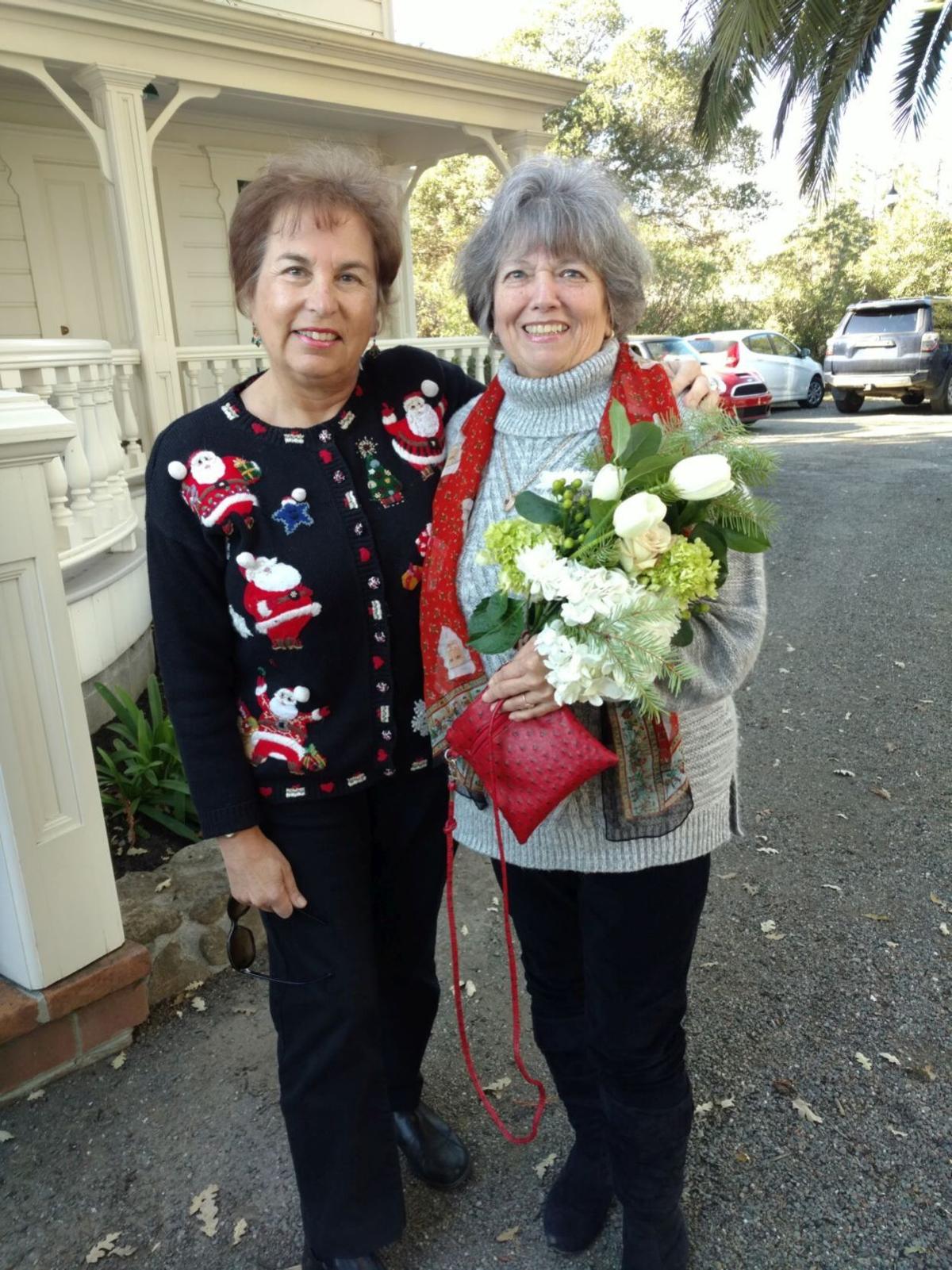 Susanne Salvestrin, right, with Mariam Hansen, after Salvestrin was given the St. Helena Chamber of Commerce's Lifetime Achievement Award in 2017.