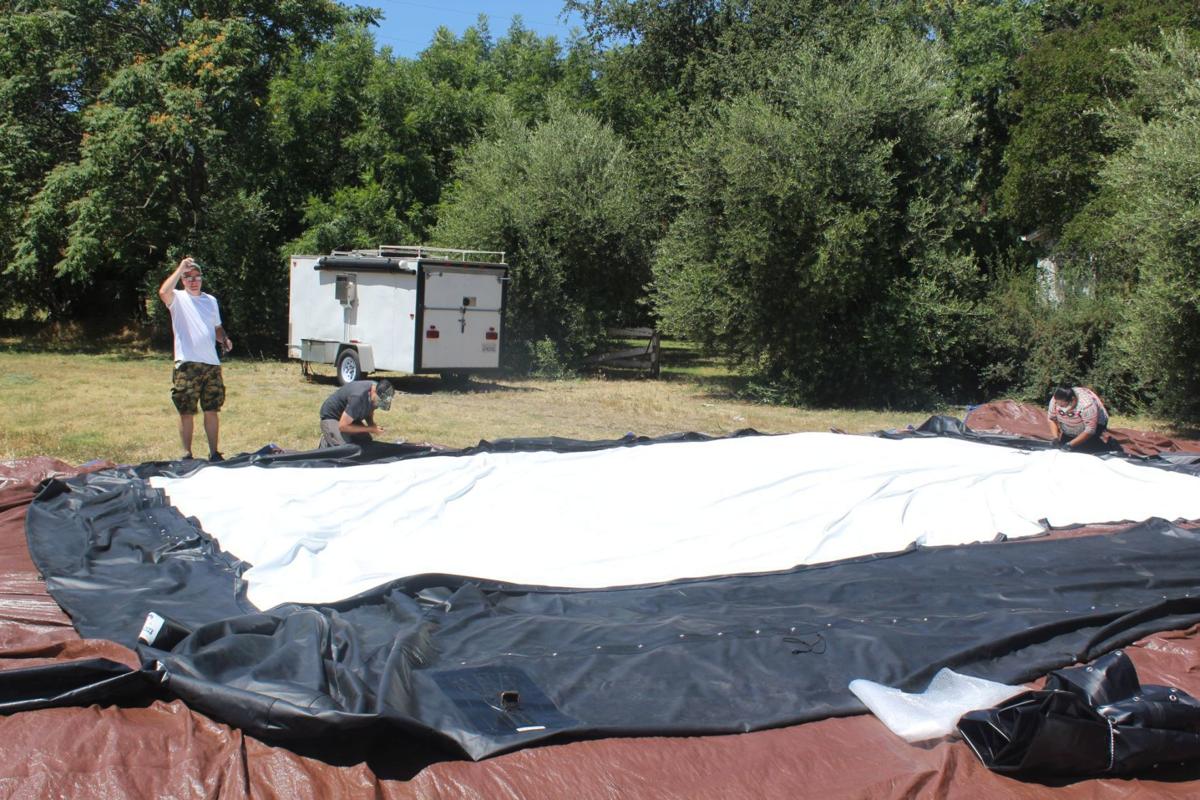 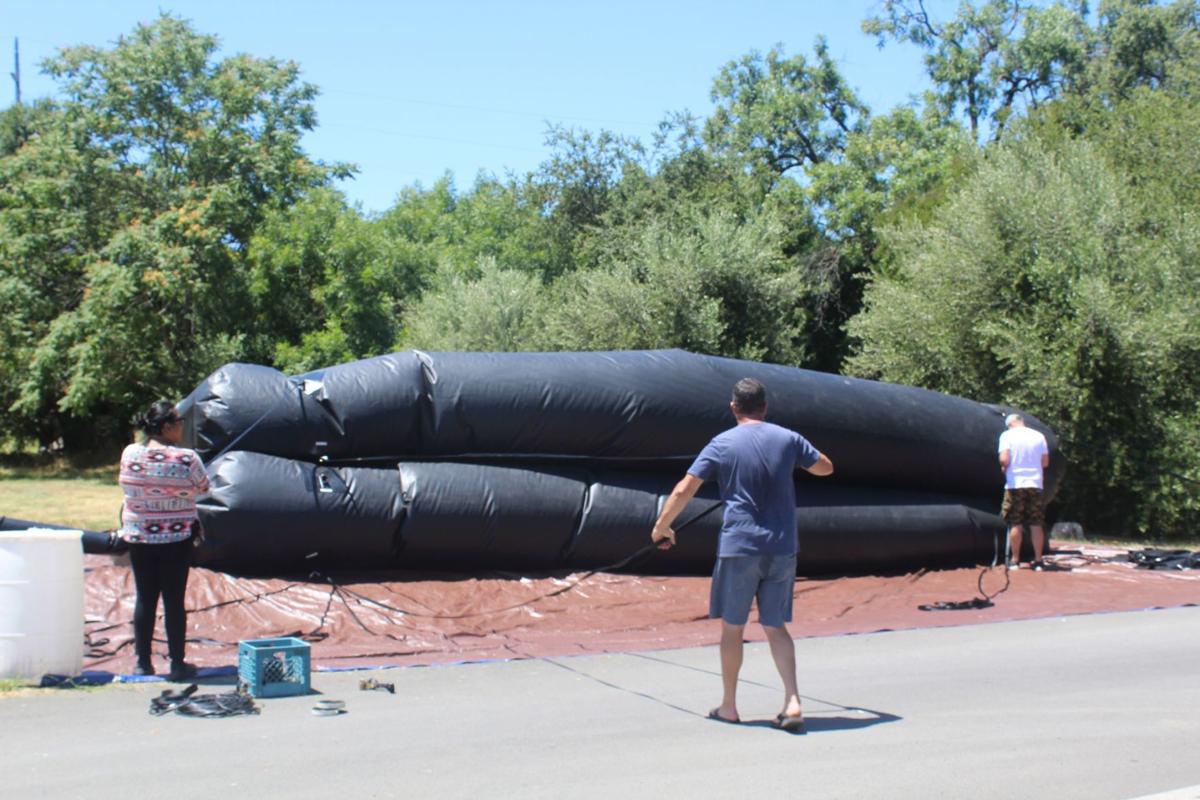 Air is pumped into the inflatable movie screen. 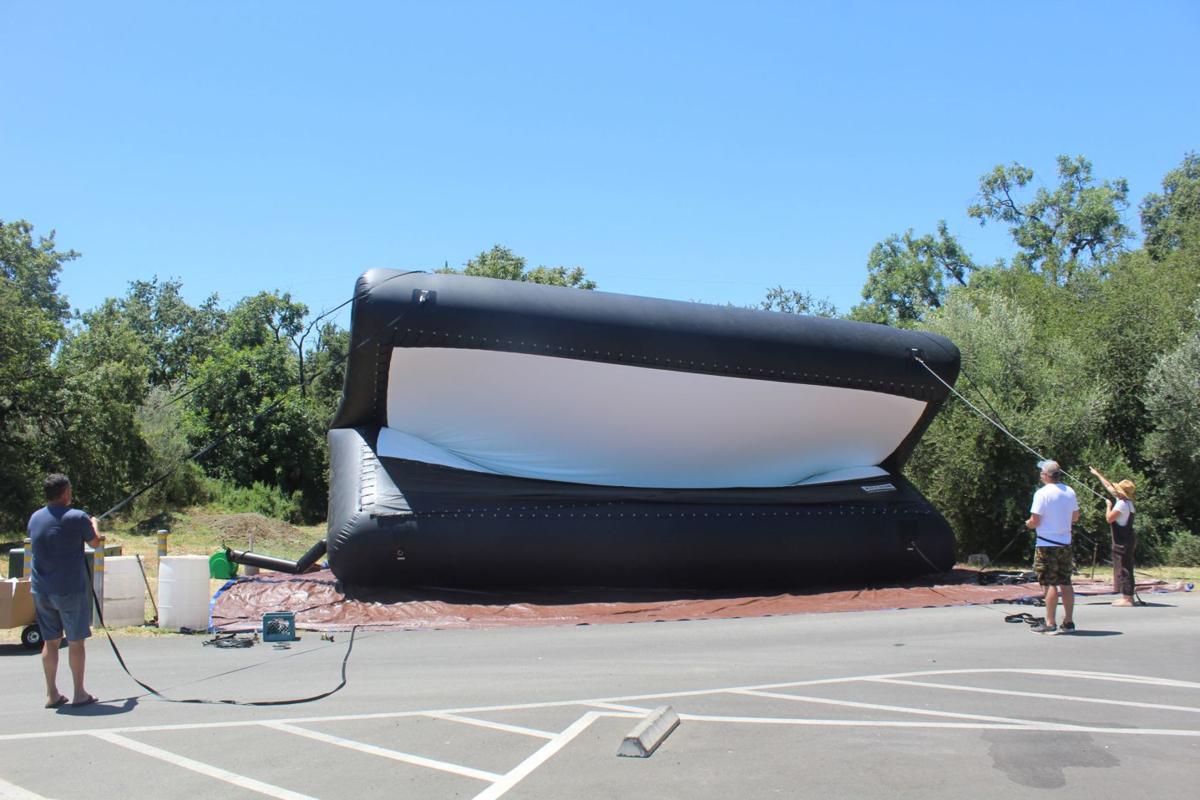 The screen, which started out folded in half, opens like a mouth as it's inflated. 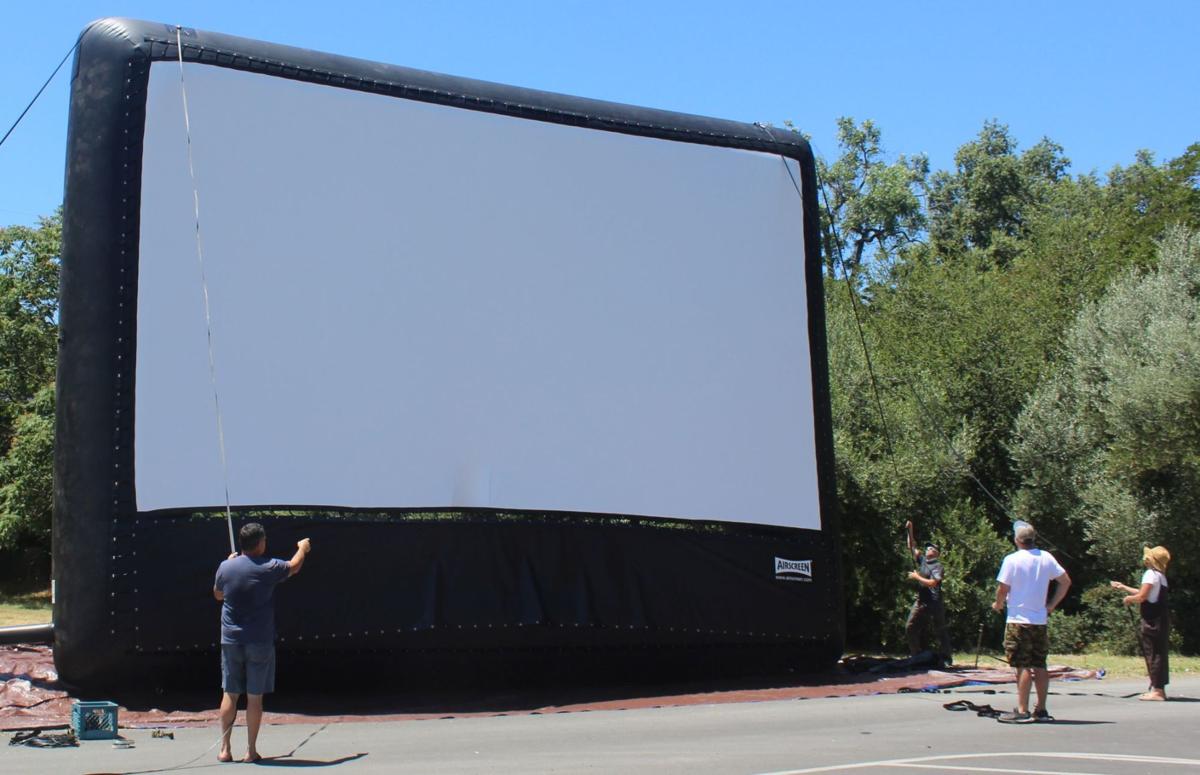 At 8:45 p.m. Thursdays through Sundays, family-friendly movies will be shown on a 30-foot-by-20-foot inflatable screen in the parking lot behind Gott’s, next to the car wash. For now, admittance is limited to 42 cars per screening.

Once school resumes, drive-in screenings will be reduced to two days a week. Weather permitting, they could continue as late as November.

Proprietor Cathy Buck said the Cameo will reopen on July 11, after closing March 17 due to the COVID-19 pandemic. To ensure social distancing, July screenings in the theater will be limited to 40-45 seats, which is 30% of the theater’s full capacity. Based on guidance from the National Organization of Theaters, Buck plans to expand to 40% of capacity in August and 50% by September and October.

The drive-in will use the Cameo’s old digital projector that hasn’t been used since the theater upgraded to a laser 4K digital projector, Buck said on Monday as the screen was being inflated.

It took about 10 minutes to inflate the screen. Buck thanked Cesar Cruz, who owns the car wash, for being helpful and letting Buck and her team hook up to his electrical box.

To hear the movie, car stereos will tune into 90.5 FM. Car batteries should have plenty of juice to power stereos during the movie, Buck said.

The drive-ins are partially funded by a $10,000 grant from the city of St. Helena and support from the St. Helena Chamber of Commerce and the Cameo Cinema Foundation.

Dinner and snacks are available from Gott’s Roadside. Moviegoers who order 24 hours in advance can have the food delivered to their cars. Jumbo bags of popcorn may be pre-ordered from the Cameo for $5.

Although St. Helena's Cameo Cinema is closed, its movies are available for streaming at home.

The St. Helena City Council awarded $180,000 in nonprofit grants on Thursday, but it faced some hard decisions as requests far exceeded the city’s budget.

The Chamber of Commerce and the city have launched the Gift Card Challenge to help St. Helena businesses thrive during a difficult time.

People apparently love the new Cameo Cinema drive-in at Gott's Roadside ... tickets for the first show sold out in less than four hours.

Calistoga Drive-In is a crowd-pleaser

The first Calistoga Drive-In screened ‘Back to the Future’ in the parking lot of the Old Faithful Geyser on Tubbs Lane on Sept. 2. Movies will show every Wednesday throughout September.

Air is pumped into the inflatable movie screen.

The screen, which started out folded in half, opens like a mouth as it's inflated.