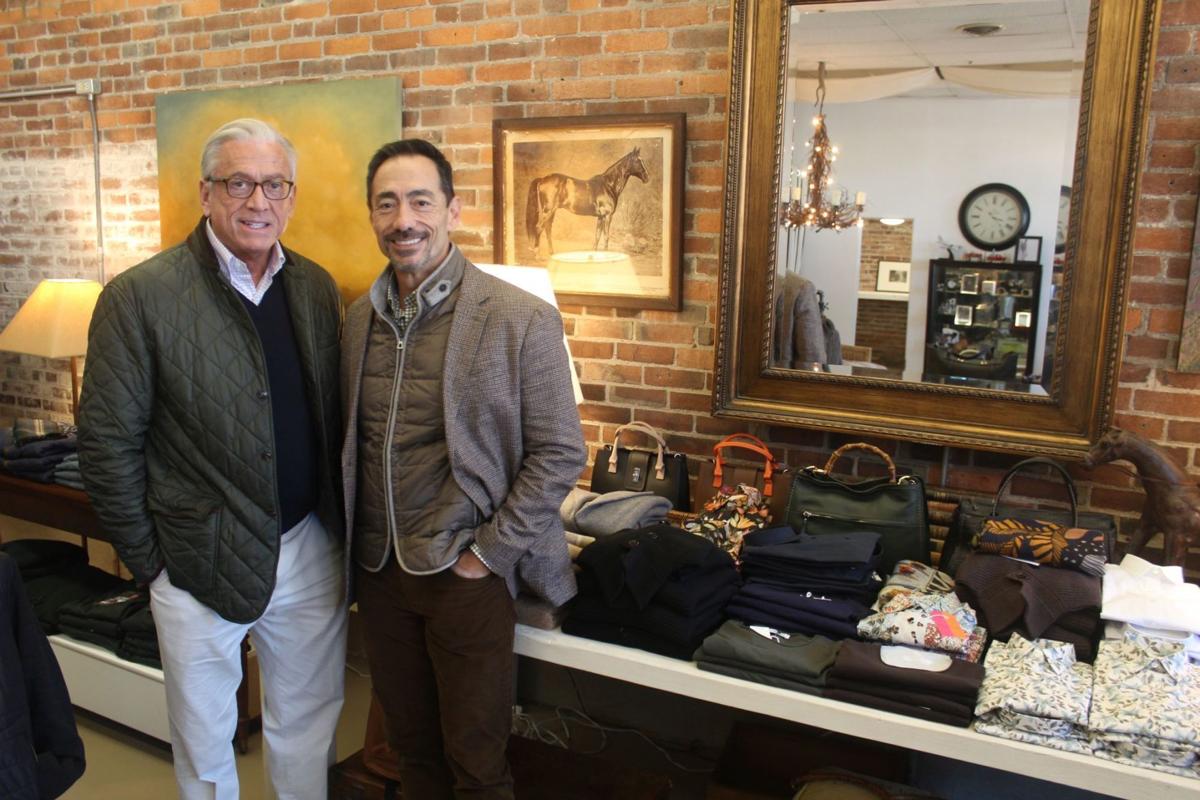 Michael Sabino and Ken Blenis are the proprietors of Tweed & Vine, which recently took over part of the old Vasconi's Pharmacy space. 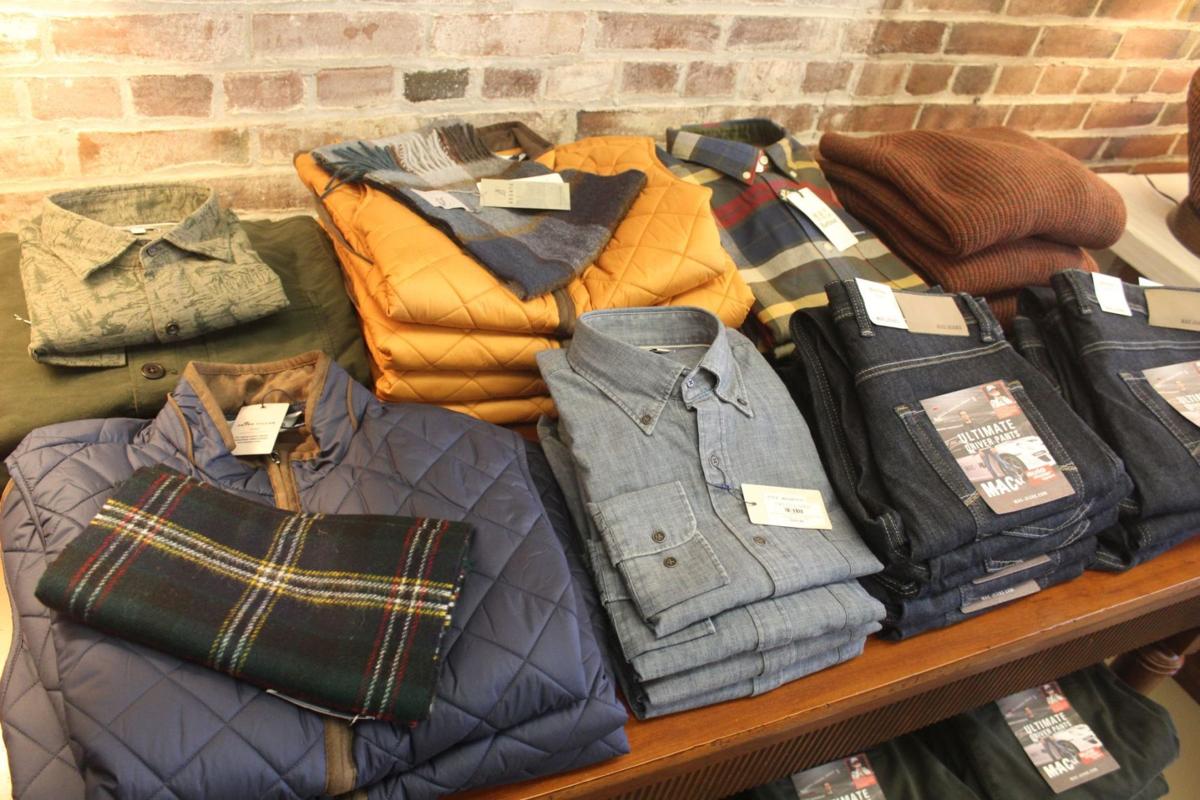 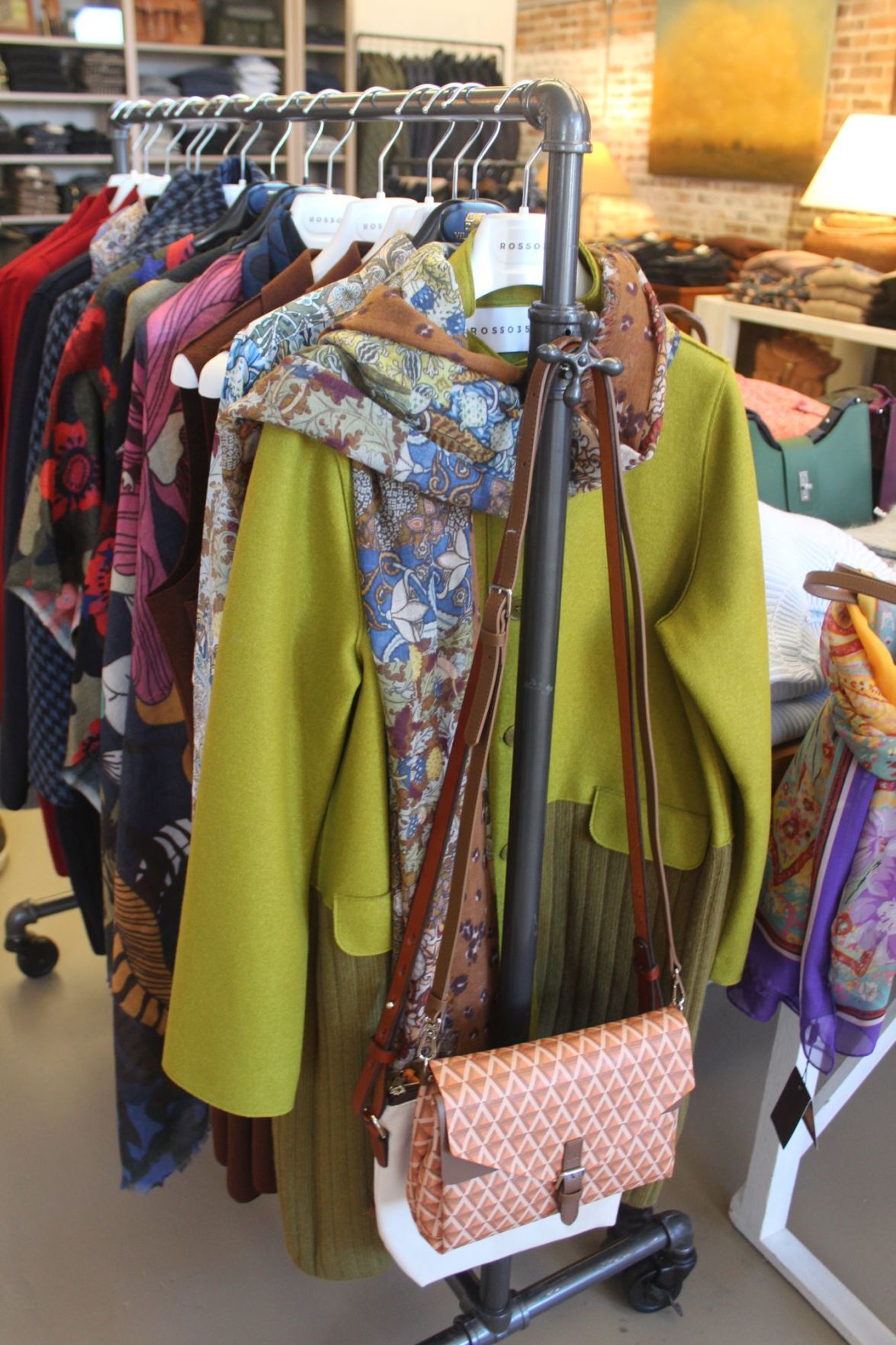 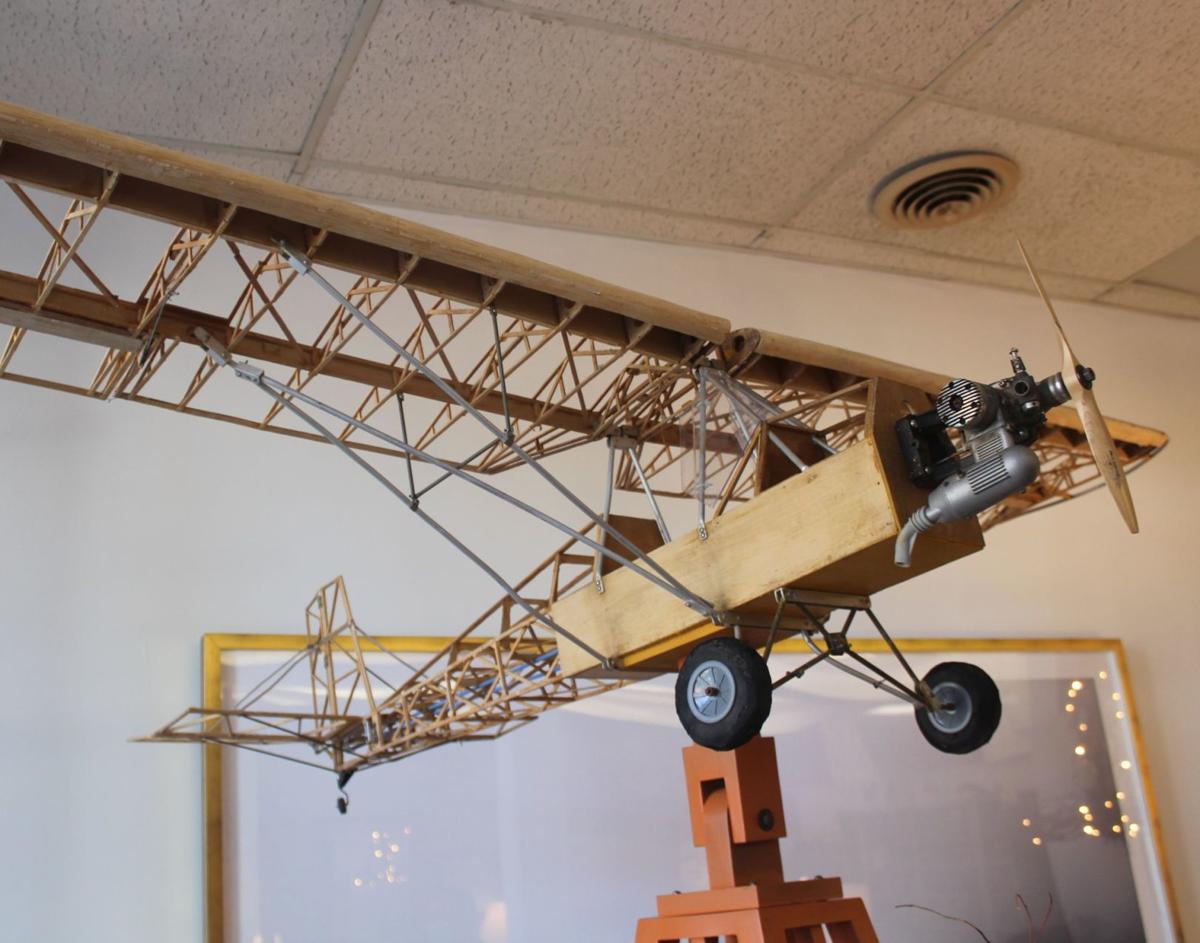 A model airplane hangs over the checkout counter at Tweed & Vine. 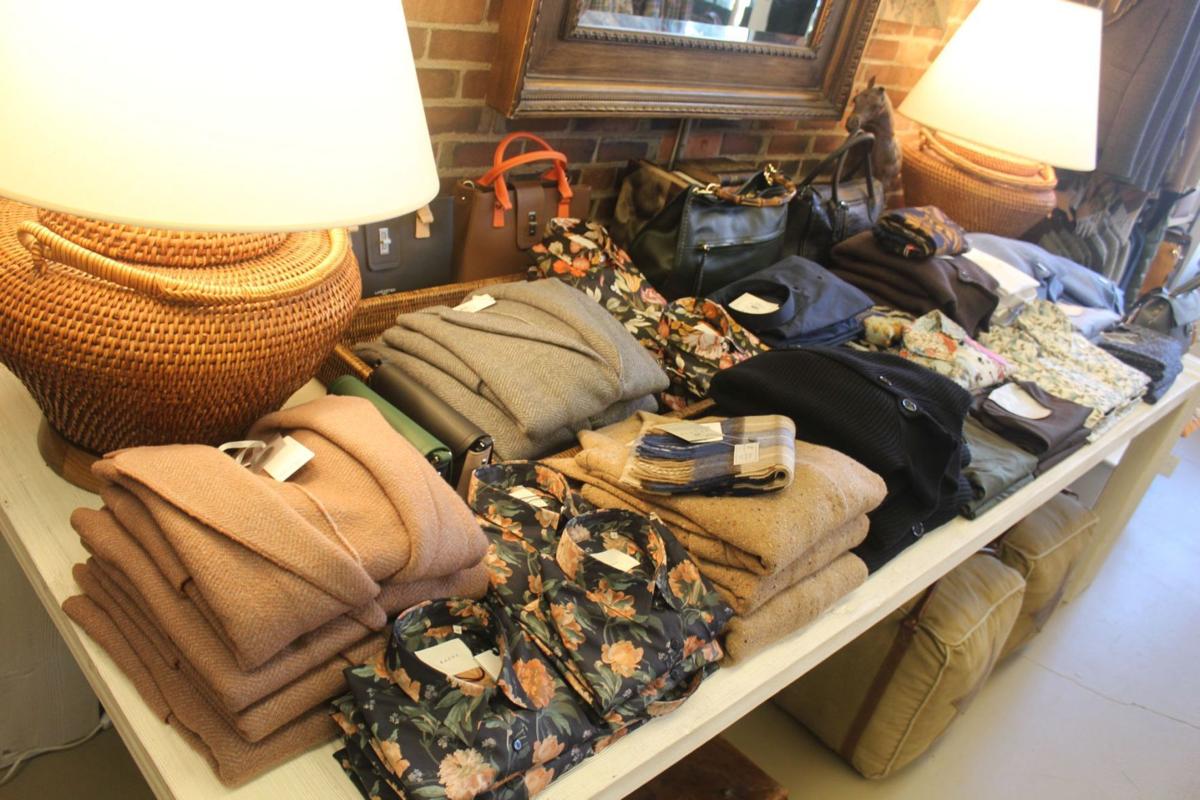 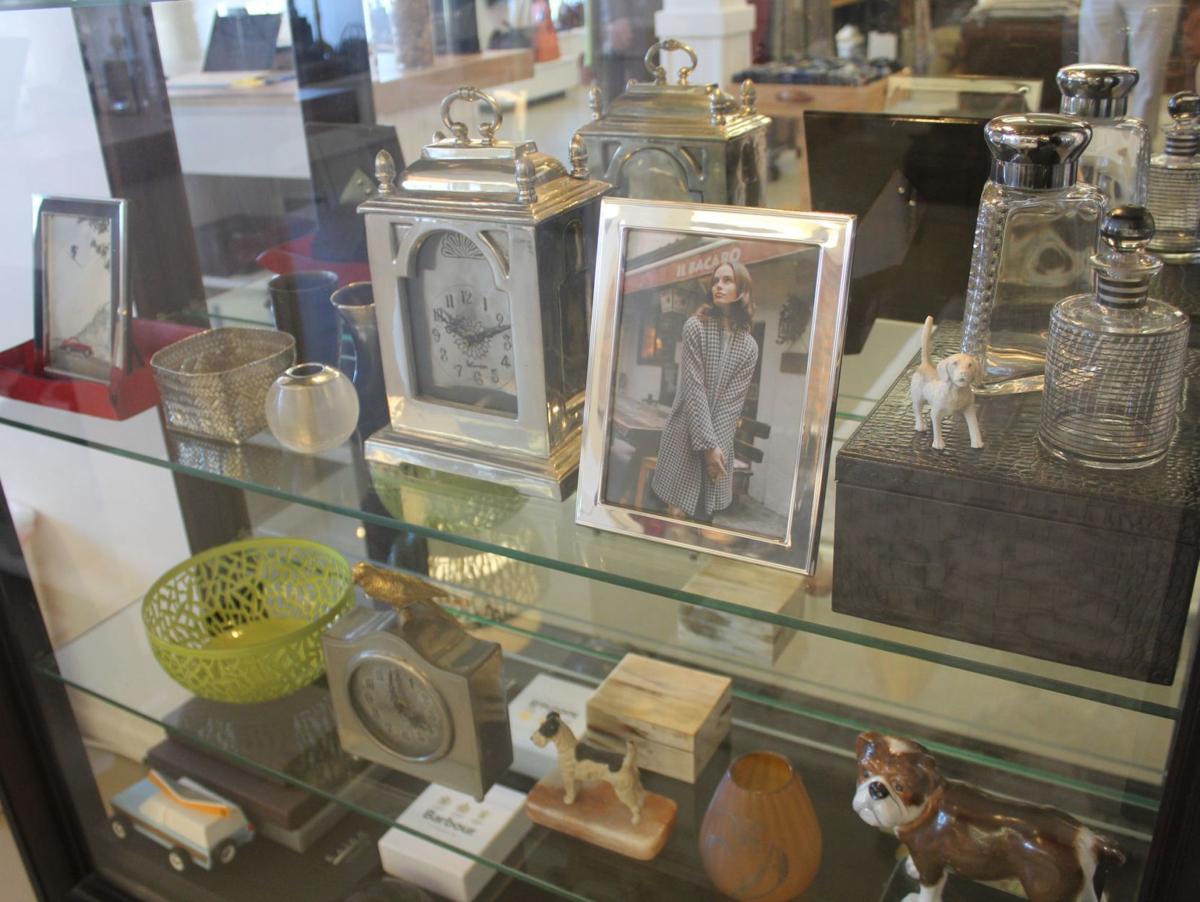 A display case at Tweed & Vine. 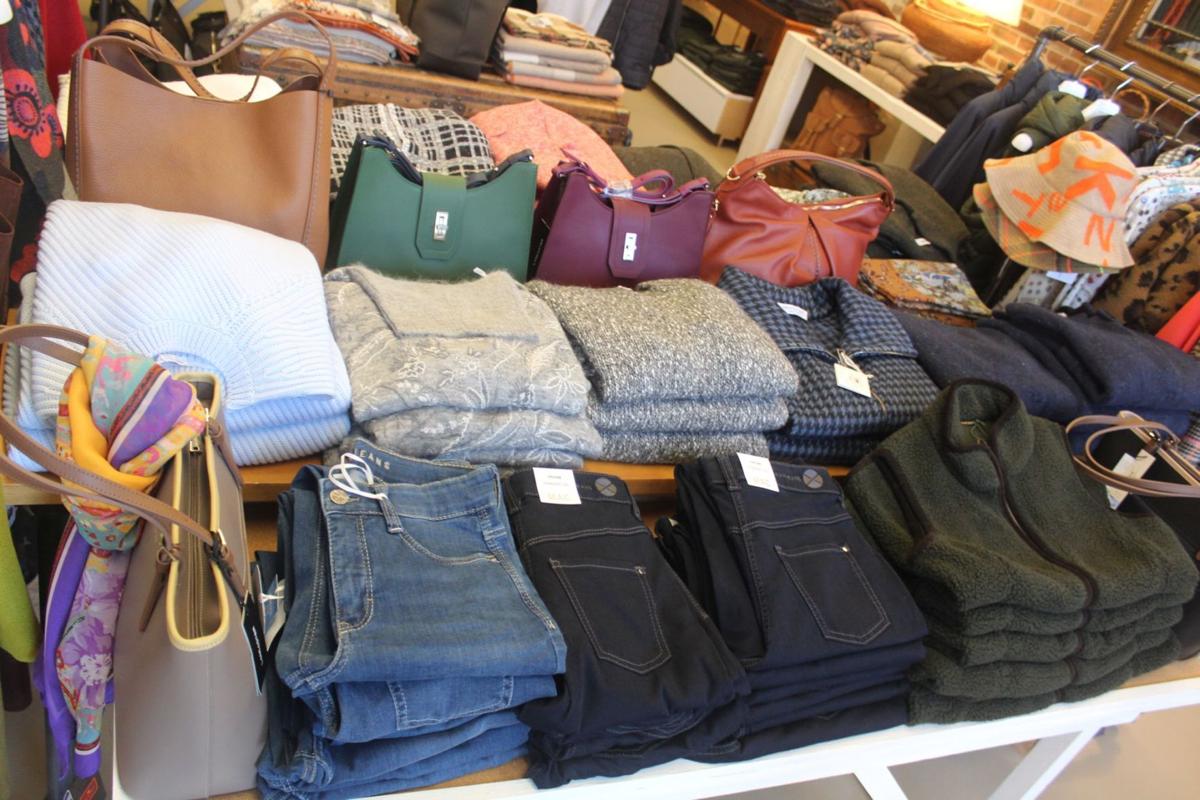 Women's clothes and purses on display at Tweed & Vine.

They started looking for somewhere to set up shop in St. Helena. Real estate agent Jeff Feeney steered them toward 1381 Main St., which had been vacant since Vasconi’s Pharmacy — a St. Helena icon for over 70 years — closed on June 16.

“We were originally going to use the same name, but I felt like since we’re starting a whole new adventure up here we should call it Tweed & Vine,” Sabino said.

Tweed & Vine is leasing 800 square feet of the 3,000-square-foot Vasconi’s space. Sabino and Blenis will be there for at least six months, but they’re not ready to announce their plans post-April 1.

Sabino and Blenis scour New York, Italy and England for the best clothes they can find.

“That’s reflective of wine country,” Blenis added. “This stuff is wearable here in town and also for people who are just visiting.”

The store also features luggage imported from Denmark, antiques, and whimsical items like a model plane built by a retired architect and a 35-year-old bicycle outfitted with leather trim. The plane and the bike are for display only, but Sabino did let St. Helena Cyclery’s Jake Scheideman take it for a spin.

Nostalgic shoppers will even find vestiges of the old Vasconi’s Pharmacy, like the horse photo that used to hang in the back office and the repurposed front counter.

Tweed & Vine’s customer base is similar to that of Button Down’s, Sabino said. Some of St. Helena’s part-time and full-time residents, including members of the wine industry, “have been shopping with us for years,” he said.

The response has been “beyond what we expected,” Sabino said.

“It’s fun to see people come in and pet everything,” he said with a laugh. “We get it — we love good textiles too.”

To their delight, one of their biggest fans has been landlord Patty Vasconi, who’s sent flowers and delivered lattes to her new tenants.

“She and (husband) Hap are wonderful people,” Sabino said.

Even fellow merchants have been dropping in with flowers, wine and good wishes. One local came in to offer his congratulations wearing a suede safari jacket he bought at Button Down 36 years ago.

“It’s not a great look for the town to have so many empty storefronts, so people have been very supportive and positive,” Blenis said.

“One of the reasons why we moved here is the people, who are amazingly kind,” Sabino said.

After closing St. Helena pharmacy, Vasconis look back on 70 years in business

One week after retiring and closing Vasconi's Pharmacy, Hap and Patty Vasconi are looking back on 70 years in business.

Should the Napa Valley Vine Trail use Oak Avenue or Church Street to pass through downtown St. Helena?

Moving city operations to the Napa Valley College Upper Valley Campus is giving the city a chance to play Monopoly with its own land.

A plan to replace St. Helena's downtown sidewalks between Pine and Mitchell is being split into three segments, starting with the stretch from Pine to Adams.

Roam Antiques has been transformed into Vault Wine + Artifacts, with a mix of American and European antiques, and offering a variety of Napa Valley wines.

Michael Sabino and Ken Blenis are the proprietors of Tweed & Vine, which recently took over part of the old Vasconi's Pharmacy space.

A model airplane hangs over the checkout counter at Tweed & Vine.

A display case at Tweed & Vine.

Women's clothes and purses on display at Tweed & Vine.