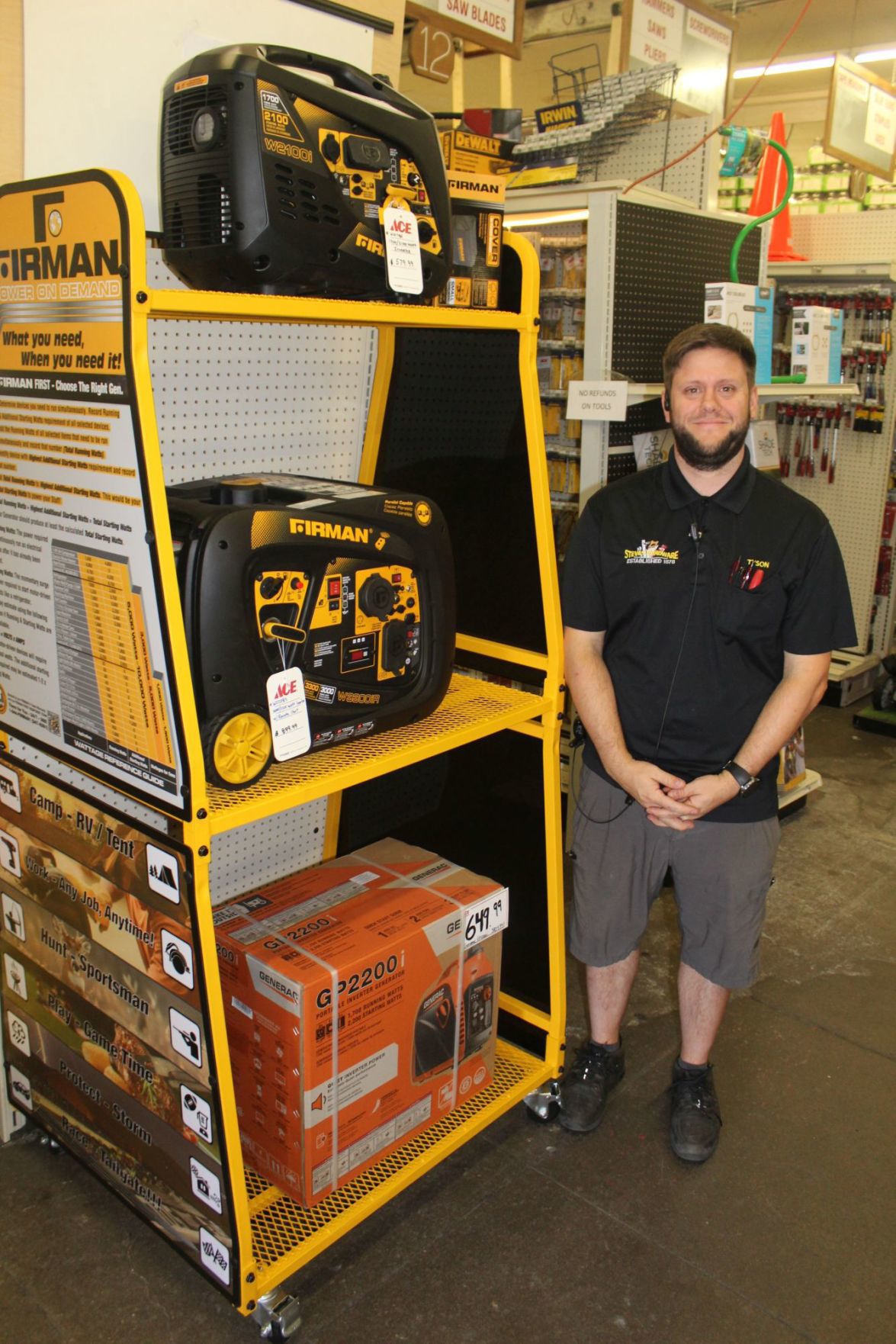 Steves Hardware's Tyson Bash stands next to a display of Firman and Generac generators. 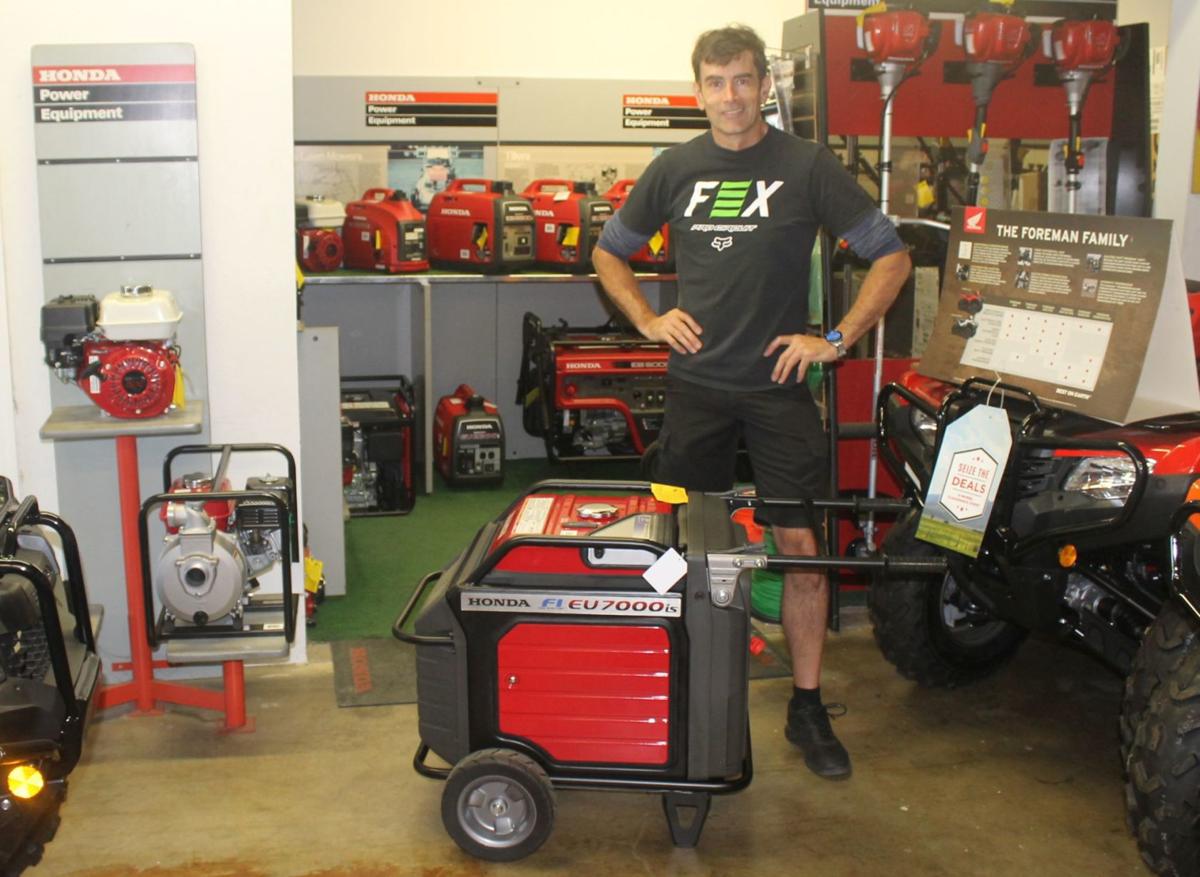 Brian Parriott stands by a 7000-watt Honda generator that can power a whole house or business and is his most popular seller. St. Helena's Parriott Motors is at 1027 Pope St. 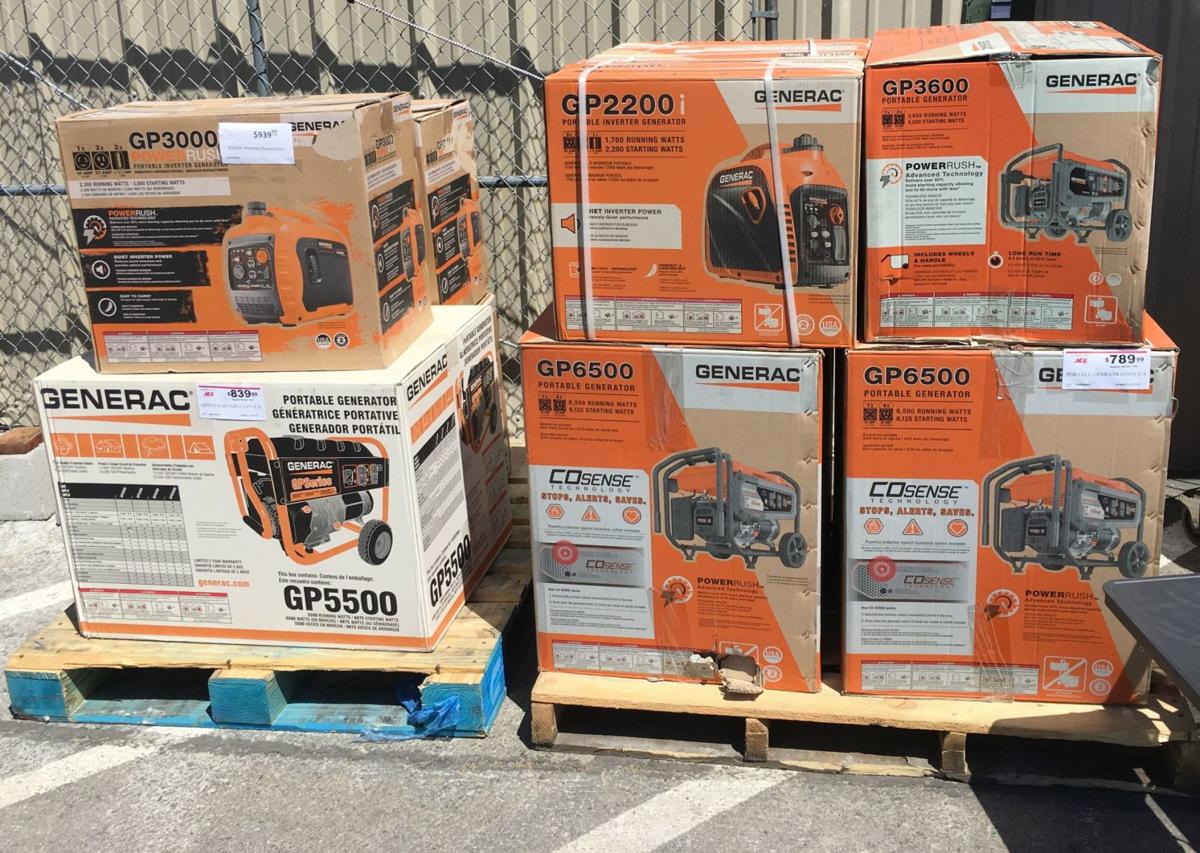 Amid warnings of prolonged power shutoffs during fire season, many UpValley residents are wondering if they should invest in a generator.

If you’re in the market for one, here’s what you need to know before heading to Steves Hardware, Parriott Motors, or Silverado Ace Hardware, which all carry generators in stock.

“We’d be able to stand right here and talk while it’s running and it wouldn’t really bother us,” he said.

One advantage of the Firman is that two units can be connected with a parallel kit to double the wattage.

Steves also offers a 3,000/3,300-watt Firman ($899.99) and recently sold an even bigger Firman, as well as a 17,000-watt Generac that runs off natural gas. The store itself is equipped with one of those so that it can stay open during a power outage.

Steves can also order dual-fuel generators that can run off either gas or propane. Propane burns cleaner, but gas is a little more efficient.

There are two ways to hook up a generator. The easy way is to plug extension cords directly into the generator. If you want to feed power into your wiring to power your electrical outlets, you'll need to buy a transfer switch and hire an electrician to install it. That will ensure that you’re not back-feeding electricity into the grid, which could electrocute a worker who touches a line during a power outage.

Transfer switches start at about $200 and can run up to about $1,000, depending if they are manual or automatic. Hiring an electrician to install the switch is about another $1,000, said Tim Petersen, co-owner of Silverado Ace Hardware in Calistoga.

If you’re planning to plug in sensitive electronics like a cell phone or laptop, be sure your generator has an inverter to prevent power surges. If you’re running a large generator that doesn’t have an inverter, use a surge protector to protect your devices.

Ace Hardware in Calistoga carries mainly Generac, gas-powered generators. The store had one 3,300-watt generator in stock as of Tuesday. It sells for $479. Customers are encouraged to order them through the store or online at acehardware.com and shipping is free. Orders go in on Tuesday and are delivered on Thursday. All sales are final.

Petersen said Ace recently carried a larger, 5,500-watt Generac. The 3,300-watt generators are capable of running power from four separate outlets to power, for example, a refrigerator, TV, WiFi, and a few more things with the 5,500-watt.

The 3,300-watt generators take a couple of gallons of gas and will run for about 10 hours. Because of California’s emissions regulations, customers are limited as to what kind of generators they can operate, Petersen said.

Parriott Motors carries Honda generators ranging from 1,000 to 10,000 watts, which is enough to power a large house or restaurant. Brian Parriott recommends talking to an electrician to determine how much wattage you need before shopping for generators.

For portability, he recommends buying two generators, for example, the EU2200i and its companion model and tying them together, to produce 4400 watts of power.

Parriott said Honda’s EU generators are the quietest on the market – and quiet doesn’t necessarily mean weak. Some of those generators are inverter models, which means you can use them for sensitive electronics.

St. Helena’s Central Valley doesn’t carry generators in stock, but they are available by special order.

If you’re looking at a generator just to keep your refrigerator running, consider alternatives like keeping a lot of mass in your freezer – which keeps the food cold longer – or putting ice bricks in your freezer, Bash said. That might buy you enough time to ride out a three-to-five-day-long Public Safety Power Shutoff (PSPS).

Steves also carries an insulated Yeti cooler ($349.99) that will keep food cold for four or five days. “They’re expensive but they’re worth it,” Bash said.

The Weekly Calistogan's Cynthia Sweeney contributed to this story.

Be it fire, earthquake, loss of electricity, or any other emergency situation, be empowered to make your own decisions.

More PG&E power blackouts are coming. Here's what you should do to prepare

The era of available electricity whenever and wherever needed is officially over in wildfire-plagued California.

Calistoga partners with PG&E for backup power during shutoffs

Come the high fire threat season this fall, most of Calistoga will not be left in the dark and without power as it has been in the past.

PG&E to Calistoga: We're still learning on how to manage your safety

PG&E is still in the process of learning how to implement its Planned Safety Power Shutoff program, a company official explained during a …

Regan Howe and his crew were on the job early Wednesday morning when they smelled fire. They discovered a landscape truck had burst into flame…

Emergency sirens to alert Calistogans in case of wildfires

With the high fire season upon us and the prospect of PG&E shutting off electrical power during Public Safety Power Shutoffs, Calistoga So…

A Neighbor to Neighbor emergency preparedness meeting will be held from 6-8 p.m., Thursday, Oct. 10 at St. Helena’s Grace Episcopal Church, 13…

Steves Hardware's Tyson Bash stands next to a display of Firman and Generac generators.

Brian Parriott stands by a 7000-watt Honda generator that can power a whole house or business and is his most popular seller. St. Helena's Parriott Motors is at 1027 Pope St.