One of the most influential women in St. Helena’s history, Ericson ran her own dress shop, ran the St. Helena Chamber of Commerce, sold real estate, served in a variety of political and community leadership roles, and led the founding of Rianda House Senior Activity Center on land bequeathed by her close friend Jean Rianda.

Friends remember Ericson as a smart and compassionate woman who excelled at virtually everything she tried, from politics to business to creative writing to parenthood.

“When she had something that she thought was good for the city, she really pushed it,” said Bill Savidge, who served on the Rianda House board with her. “That made her effective as a mayor and as a citizen.”

She was also committed to her family, raising four children with her high school sweetheart Richard Ericson, who died in 2002 after 61 years of marriage. The couple even adopted three sisters who’d lost their parents in a car crash.

“If there was something that needed doing and she could do anything about it, she wouldn’t just walk away,” said her longtime friend Noelle Peterson.

The couple moved to Sonoma in 1954 before settling in St. Helena in 1965. Drawing on her experience in New York City department stores, Ericson ran Greta’s Wine Country Clothes at the corner of Main Street and Hunt Avenue and operated what was known as the Valley Hotel upstairs. She sold the store after 14 years and entered the real estate business, where she remained active until the age of 84.

Ericson was involved in the PTA, Red Cross, St. Helena Soroptimist — which gives the annual Greta Ericson Achievement Award to a high school student for political leadership — and the St. Helena Chamber of Commerce, where she served as the Chamber’s first female president/CEO in 1973. The Chamber went on to name her Citizen of the Year in 2000.

Ericson was the first woman elected to the St. Helena City Council, finishing as the top vote-getter in March 1974. Running her own dress shop gave her a distinct advantage, she later told the St. Helena Historical Society in an undated oral history.

“You have to realize I had the dress shop in town and knew every woman that came in to be fitted for one thing or another,” she said. “It was a very definite edge.”

In those days the council selected its own mayor, typically choosing the top vote-getter. Mel Varrelman, who’d finished second among seven candidates for three seats, said it was his privilege to nominate Ericson as mayor.

The fundamental role of the mayor is to run efficient and orderly meetings, and Ericson did so, said Varrelman, who offered his condolences to Ericson’s family.

During her tenure, the city removed the parking meters from downtown. When trees in the Highway 29 elm tunnel were slated to come down, Ericson organized a massive letter-writing campaign.

“I had all the children in the town write letters and everything, and we had almost 3,000 letters and stopped it right there,” she recalled in the oral history.

Among her proudest accomplishments as mayor was helping acquire three acres of land on Hunt Avenue, which became the Woodbridge Village senior apartments, and one acre of land that became the site of the St. Helena Public Library.

Ericson’s tenure is memorialized in a Taylor Biggs Lewis painting that hangs in the library and shows her presiding over a council meeting, standing to speak as her fellow councilmembers sit on either side of her.

Even when people disagreed with Ericson, “she had a wonderful capacity to never let things get disagreeable,” Peterson said.

“I think that a woman in the position on the council is a housekeeper, more of a housekeeper than a man is,” Ericson told the historical society. “I think they look at small things and change it. It was a rewarding experience and I wouldn’t trade it for anything.”

Ericson was mayor from 1974 to 1976 and city councilmember from 1976 to 1978. She also served on the Napa County Grand Jury, Napa County Board of Education, and Metropolitan Transportation Commission.

Ericson was most proud of her work with Rianda House, where she served on the first board. As Jean Rianda’s executor, Ericson took it upon herself “to bring Jean’s dream to fruition,” said Varrelman, Ericson’s former City Council colleague who once again teamed up with her as board treasurer.

“Jean initially wanted to leave her house to me, but I suggested that she leave it to become a senior center – seniors were meeting at the Carnegie Building,” Ericson told the historical society. “Jean stipulated this in her will that I, Greta, would make it happen.”

“It is such a relief that this has come to pass,” Ericson told the Star in 2008. “Over the years I wondered if Jean’s dream would survive … I look around and see St. Helena has made it come alive.”

“Anything was possible when Greta put her mind, heart, soul and gumption into it,” Spencer said.

“I don’t think Rianda House would have happened without her advocating,” added Gene Armstead, who served on the Rianda House board with Ericson.

The family plans to hold a memorial when it is safe to gather.

St. Helena's Greta Ericson looks back on an eventful life

Illness has confined Greta Ericson to her bed, but St. Helena’s first female mayor is still as mentally keen as ever.

Greta Ericson, former St. Helena mayor and an early supporter of Rianda House, turned 98 on May 5. In this photo, taken at Nieman's Motorcycle…

Scout Hall: From olive oil factory to home of scouting in St. Helena

Repairs to Scout Hall were discussed earlier this year and will be discussed again at an upcoming city council meeting. It is time to examine …

A concession by city employees involving sick leave will save St. Helena hundreds of thousands of dollars over the long term.

Here are the donors backing the campaigns of Geoff Ellsworth and Mary Koberstein.

The entry of Peter White shakes up the race to become St. Helena's next mayor.

With the filing deadline approaching, a crowded field of eight City Council candidates appears to be set.

A lot of support for St. Helena's Boy Scout Troop 1

As a member of the Boy Scout Troop 1 committee, I want to echo Jon Dodge's appreciation for Mariam Hansen's wonderful history of Troop 1 and o…

Rianda House celebrates its reason for being

Caltrans will be implementing one-way traffic control on Highway 29 during the removal of more trees in St. Helena's elm tunnel starting Monday, March 1. 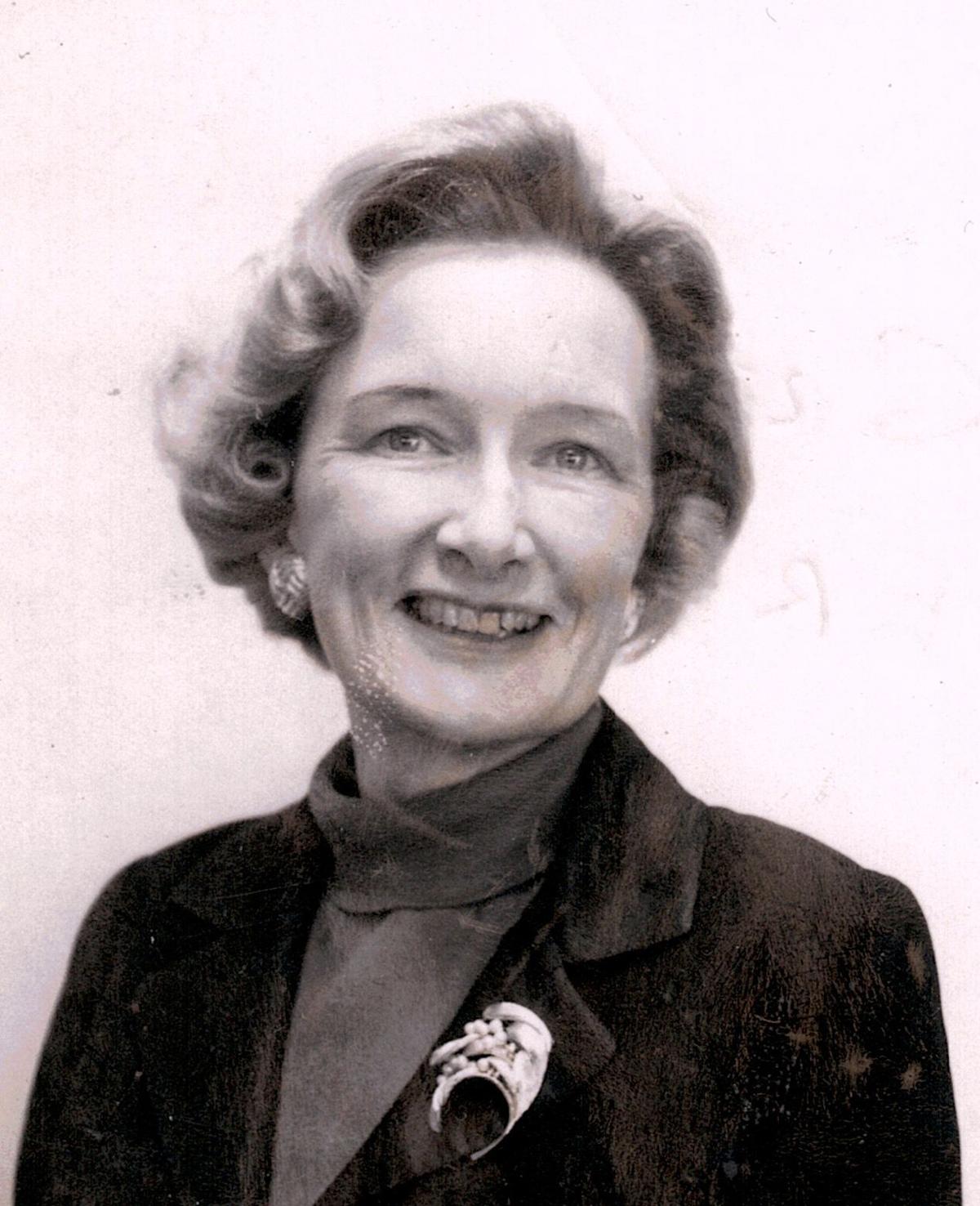 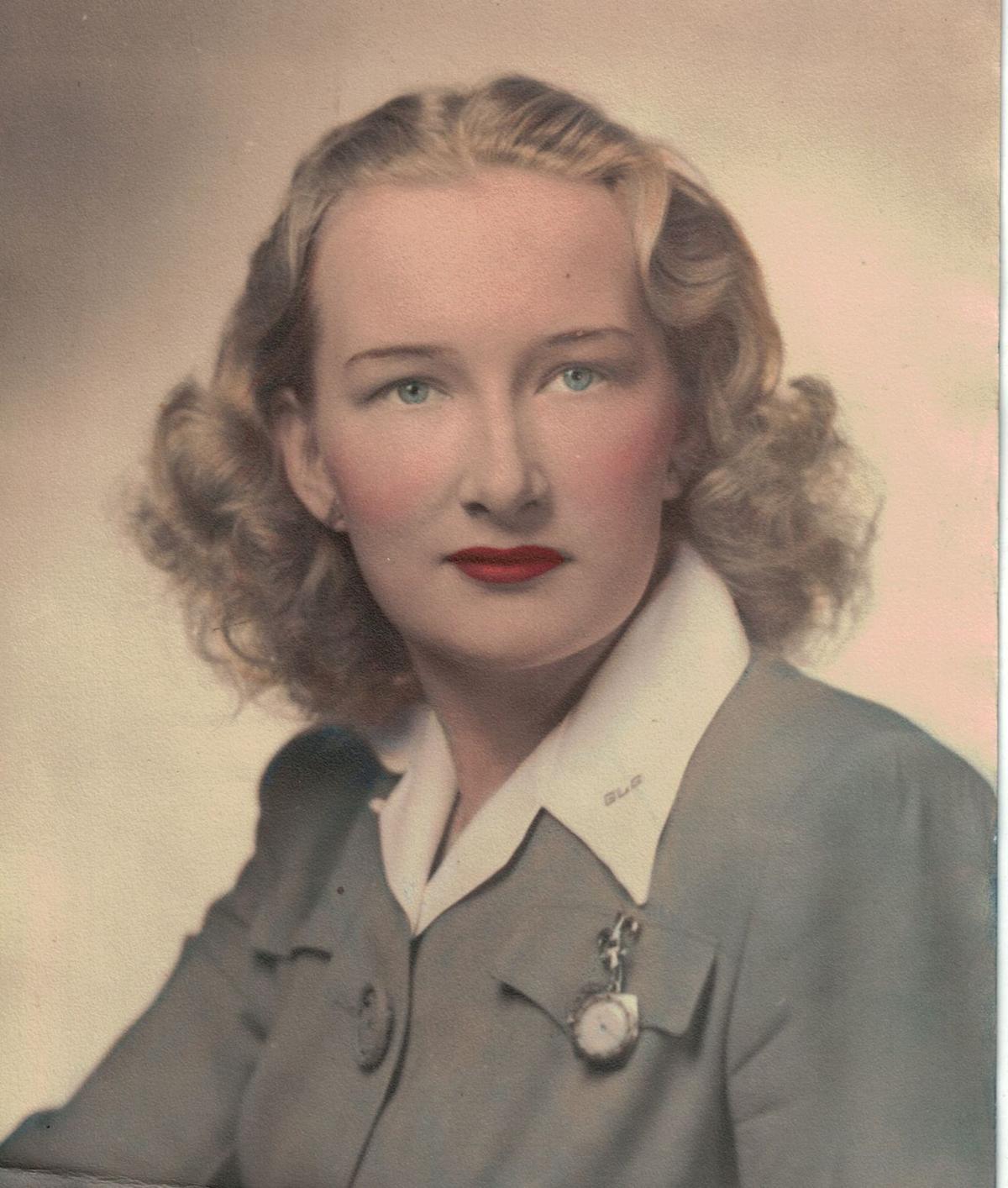 Greta Ericson during World War II, when she drew blueprints for battleships in Mobile, Alabama. 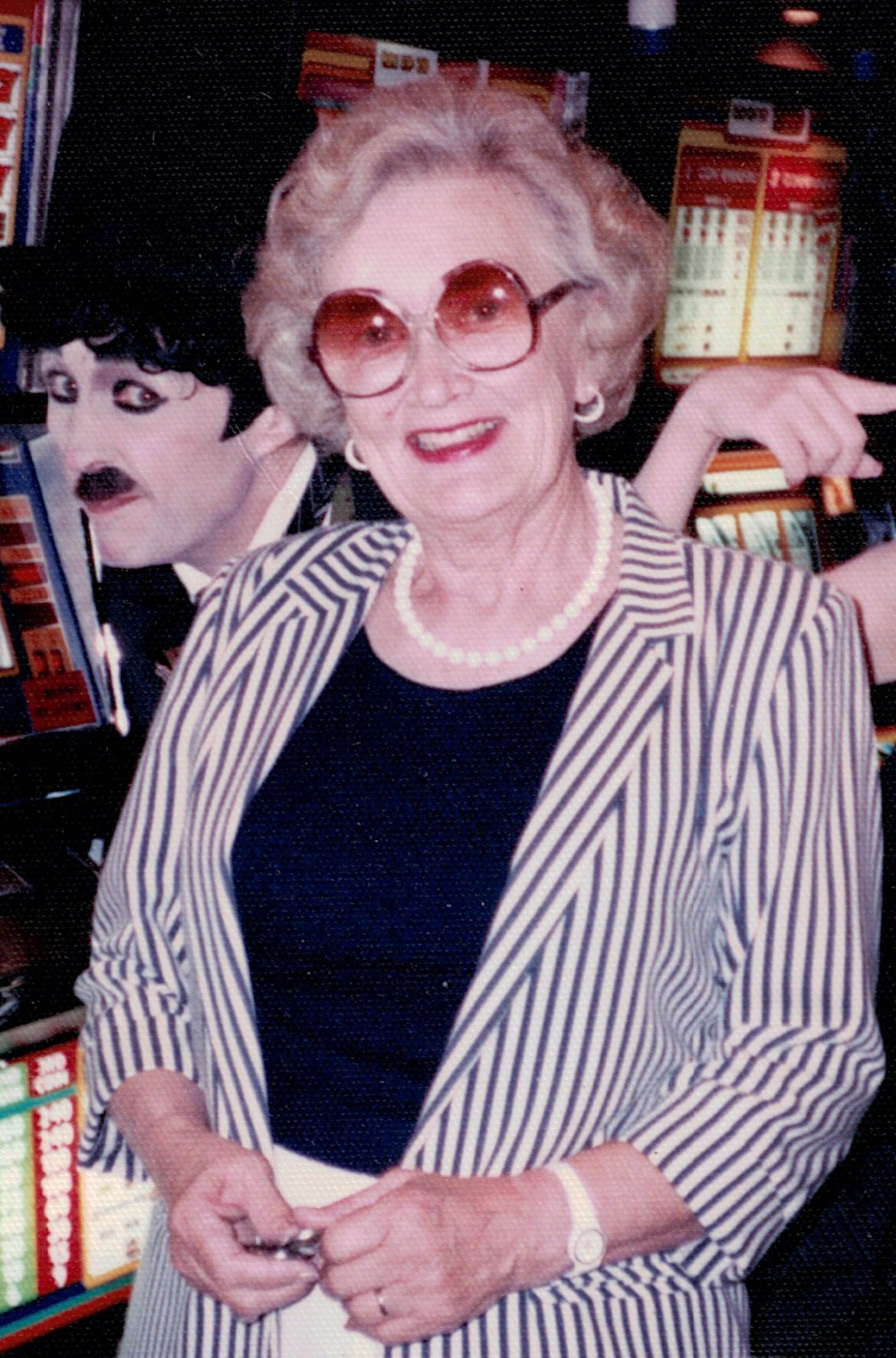 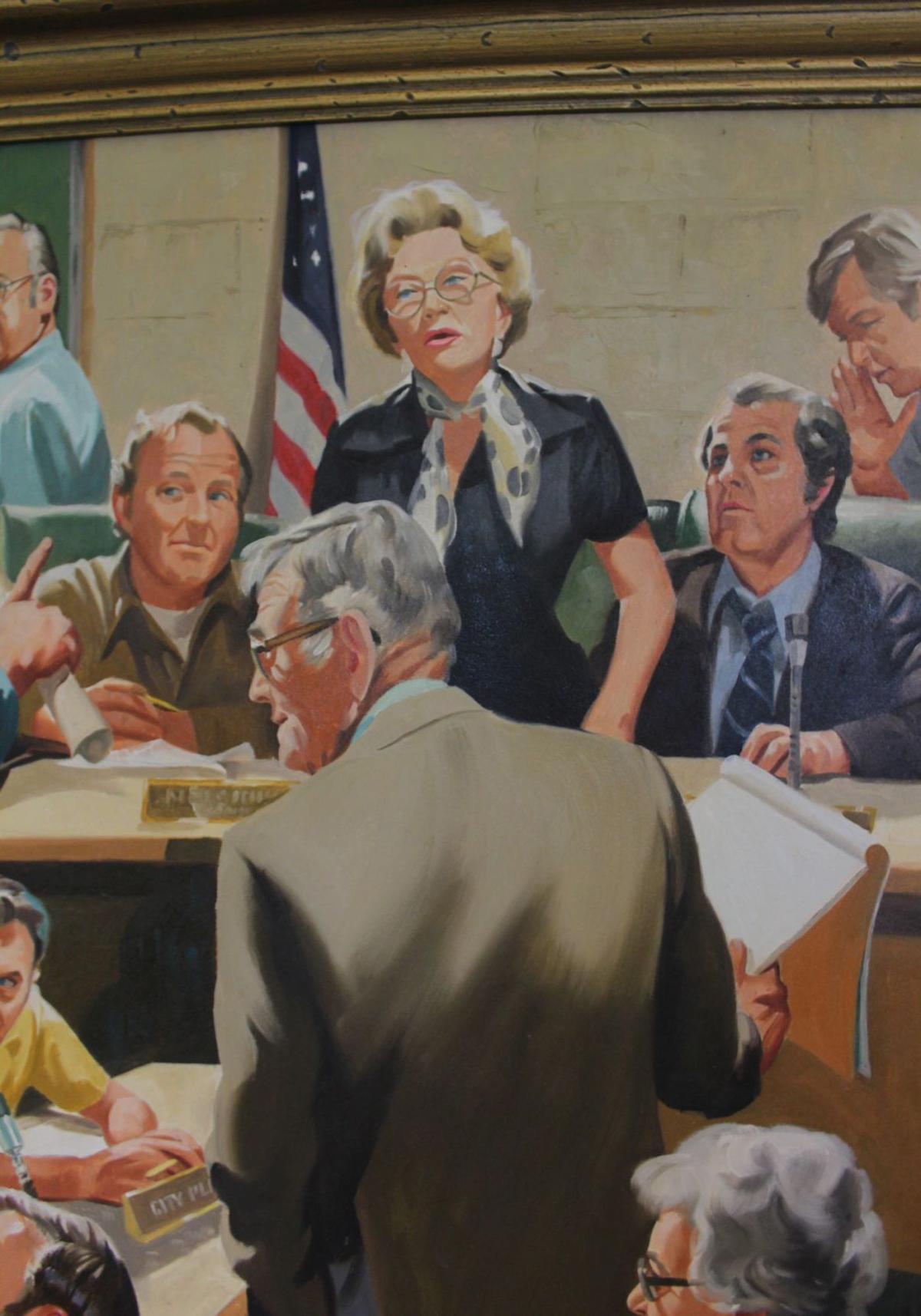 This detail from a painting by Taylor Biggs Lewis shows Mayor Greta Ericson presiding over a St. Helena City Council meeting. The painting hangs in the St. Helena Public Library. 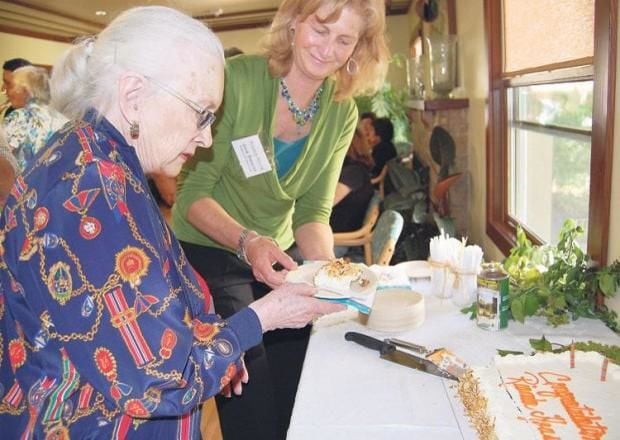 Greta Ericson, the driving force behind the Rianda House Senior Activity Center, is served a piece of cake by Rianda House Executive Director Julie Spencer during the nonprofit's second birthday party in 2010. 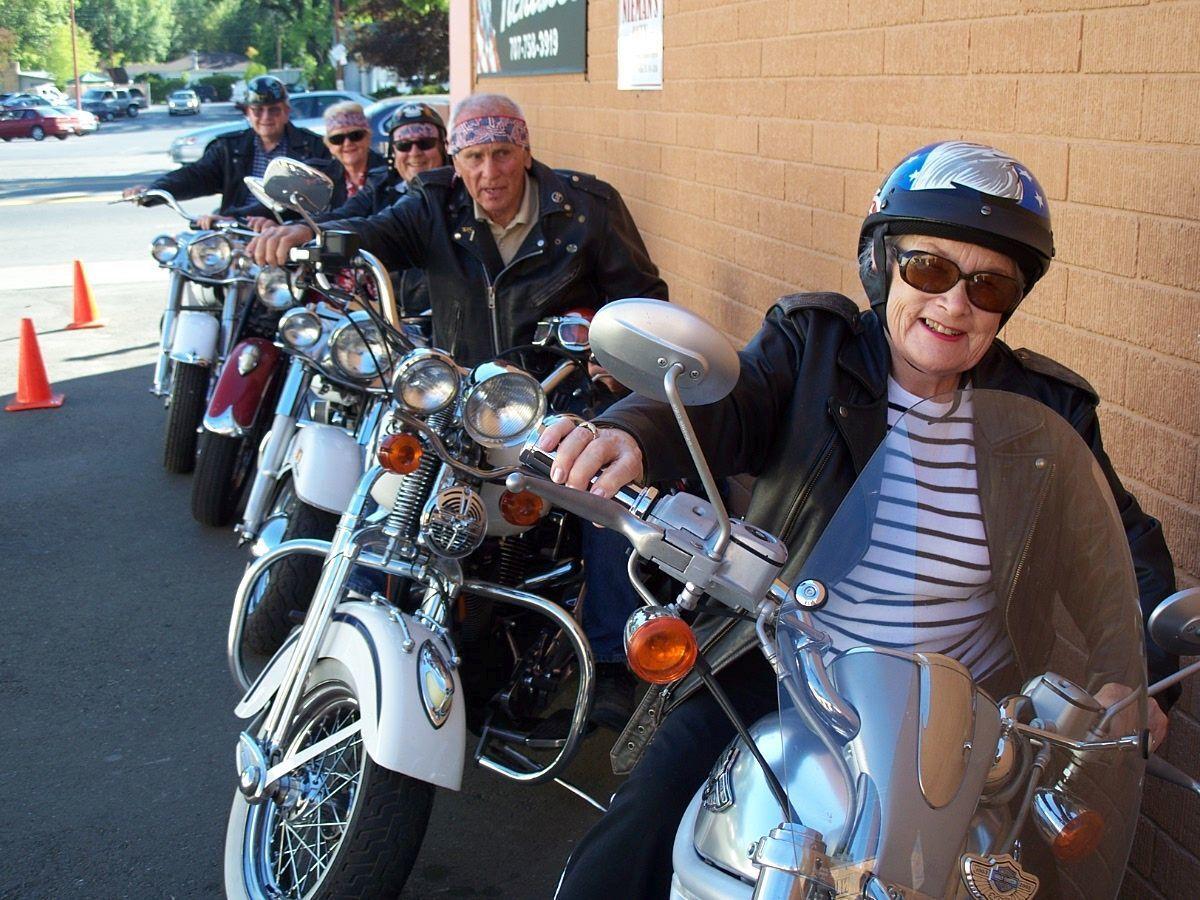 Greta Ericson, posing here in a promotional photo for Rianda House, died Saturday at the age of 98. 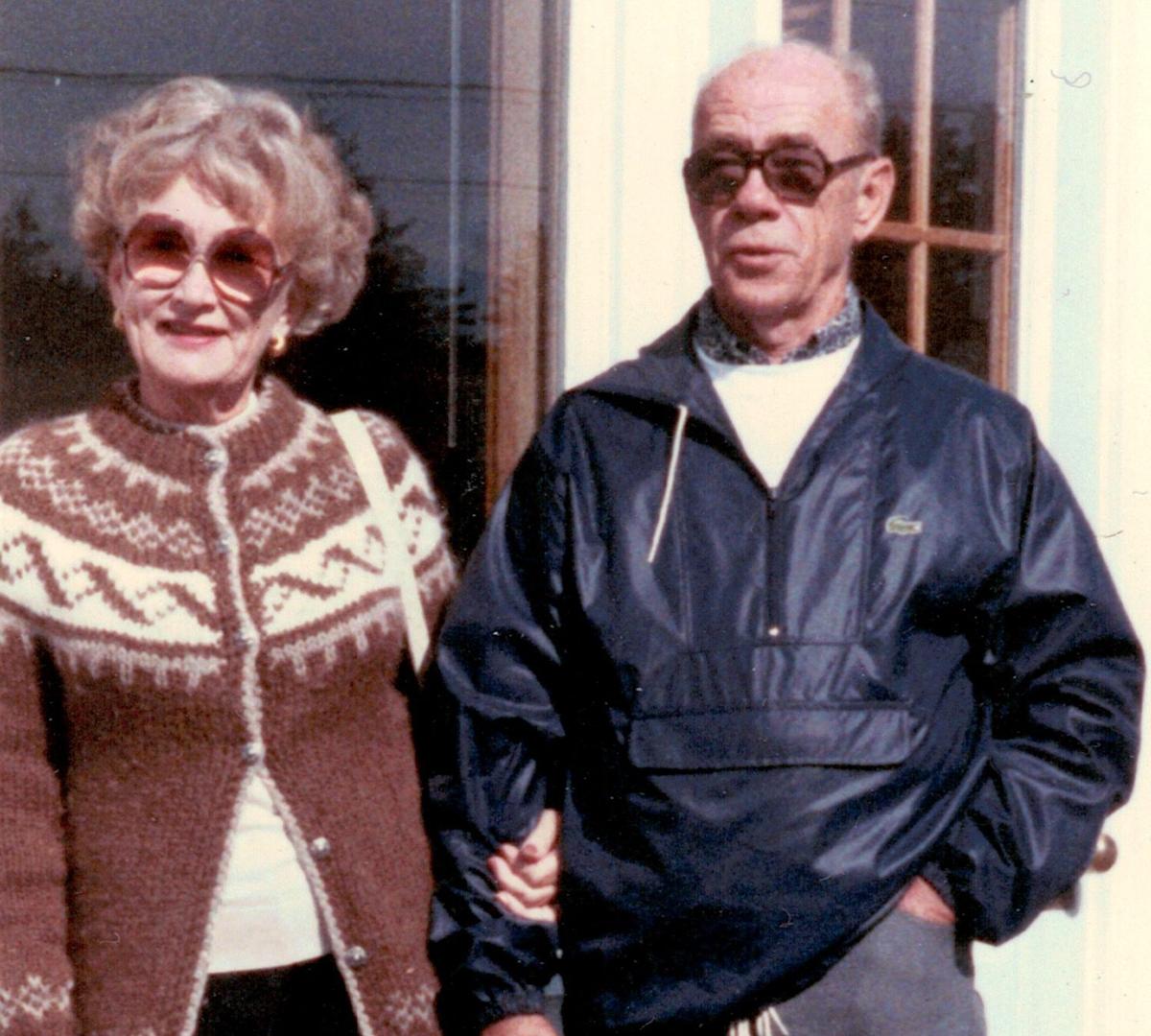 Greta Ericson in the 1950s, before she and her family moved to St. Helena.