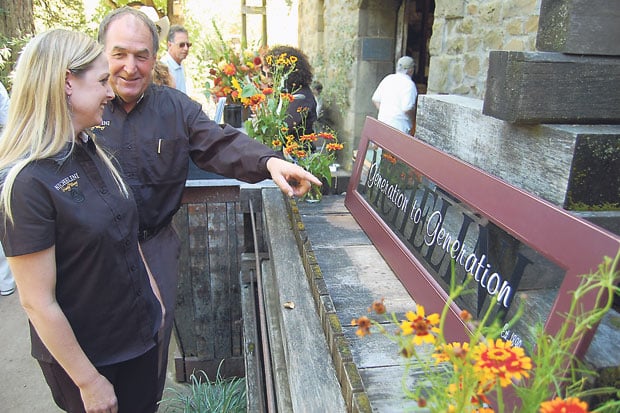 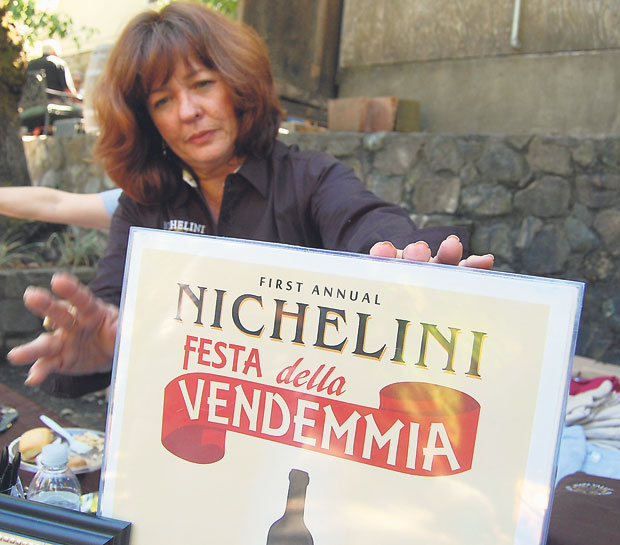 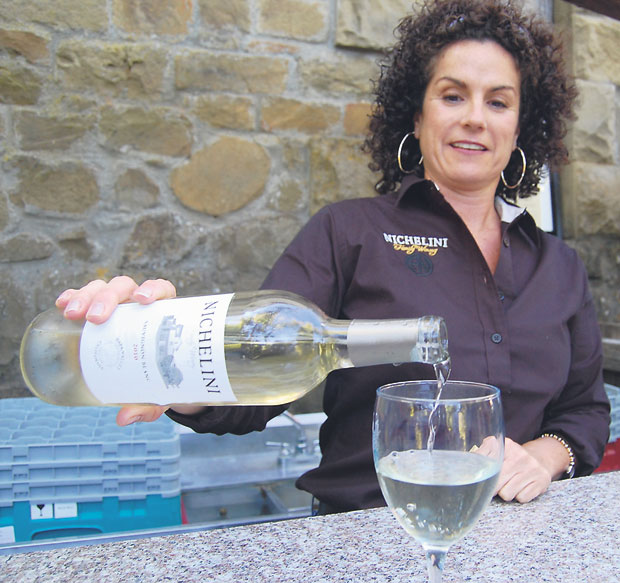 “Why is it that the other wineries have tried so hard and have such great dreams for their children, but somehow don’t get along and at some generational point there’s a conflict that they can’t resolve, so they decide to sell out?” he continued, answering a question with a question in a roundabout way.

“There are a few that have survived and we’re one of those,” Sunseri said. “I think in our case we’ve found a way to make the winery operations work with the family in a way that they can get along. And that’s really the key. If you can’t, you’re doomed.”

There were other takes on the reason for Nichelini’s longevity.

“We’re Swiss-Italian, we’re friendly, we’re open. If you go through a winery in Switzerland or Italy, most of them are like this,” said Denise Nichelini of the winery that sits on Highway 128, some 11 miles east of Rutherford.

“It’s because we all stick together as a family,” observed Marcie Patrone. “It’s a question we can’t answer because we just do it.”

On Saturday, the first major party that wasn’t exclusively for family at Nichelini drew 550 people, according to vice president Doug Patterson. About half of them were members of the extended Nichelini family — or so it seemed. What can be said, in all accuracy, is that the words “family winery” were never more applicable than with Nichelini. And, unlike the wineries Sunseri referred to, the family has held together — even as it has expanded exponentially — since Italian-Swiss homesteaders Anton and Caterina Nichelini settled in Napa Valley in 1884.

“We figure there are 268 of us if you count every man, woman and child,” said Patterson, who, along with Phil Sunseri, is fourth generation. His figure comes from an annual family reunion held on the Nichelini Winery picnic grounds every Father’s Day since 1952. The first event, a year earlier, was held to honor Anton and Caterina’s eldest son, William Anton, on his 60th birthday.

In all, there have been five generations of Nichelinis and seven winemakers, all family members. Presently, Sunseri’s daughter Aimée is the head winemaker and is awaiting the results of her first release.

“It’s a Primativo and we’ve yet to see what it will do,” she said. “It just went out today.”

Aimée Sunseri has degrees in viticulture and enology from UC Davis. She apprenticed with Greg Boeger, a third-generation Nichelini and the family’s fifth winemaker. She was 23 when she went through her first harvest. That was 10 years ago.

“What has been instilled in me is hard work,” she said. “And the hard work, I think, is what makes me a good winemaker.”

Meeting the standards set for Nichelini wines is not a matter to be taken lightly. Nichelini’s third winemaker, a man named Jimmy Nix, set the bar high with a signature zinfandel. The zin is from vines in Chiles Valley and its fruit is spicier than what can be found in Napa Valley, Aimée Sunseri said.

She can feel the pressure to make wines worthy of the Nichelini name, but, echoing her father’s comments, she adds, “You can’t do it without the rest of the people. It really takes a whole family to come together.”

Aimée Sunseri makes all six of the current Nichelini classic wines, which include:

• Primativo (which is really a high-end zinfandel and the only wine Nichelini produces with clones that came from Italy);

Is the job maintaining the excellence already existing at Nichelini or improving on what exists?

“I always want to improve,” Aimée Sunseri replied. “Even if the wine is perfect, there’s always that 1 percent to go.”

A highlight of Festa della Vendemmia was a time capsule that had a preset opening date 23 years from the present and will coincide with the Nichelini label’s 150th anniversary. A bottle of cabernet sauvignon was included in the capsule, the first one that came from the 2009 vintage, which has not yet been released to the public. The wine was made by Aimée Sunseri and her signature is on the bottle. As a unique twist, a drawing was conducted for the wine, which will be 25 years old when next seen, won by a young University of San Francisco orthodontics student named Yu-Hsing Kao.

There are not many vineyards in the Napa Valley with vines that date to 1929, a history dating to 1890, and least of all, a family like the Nichelinis.