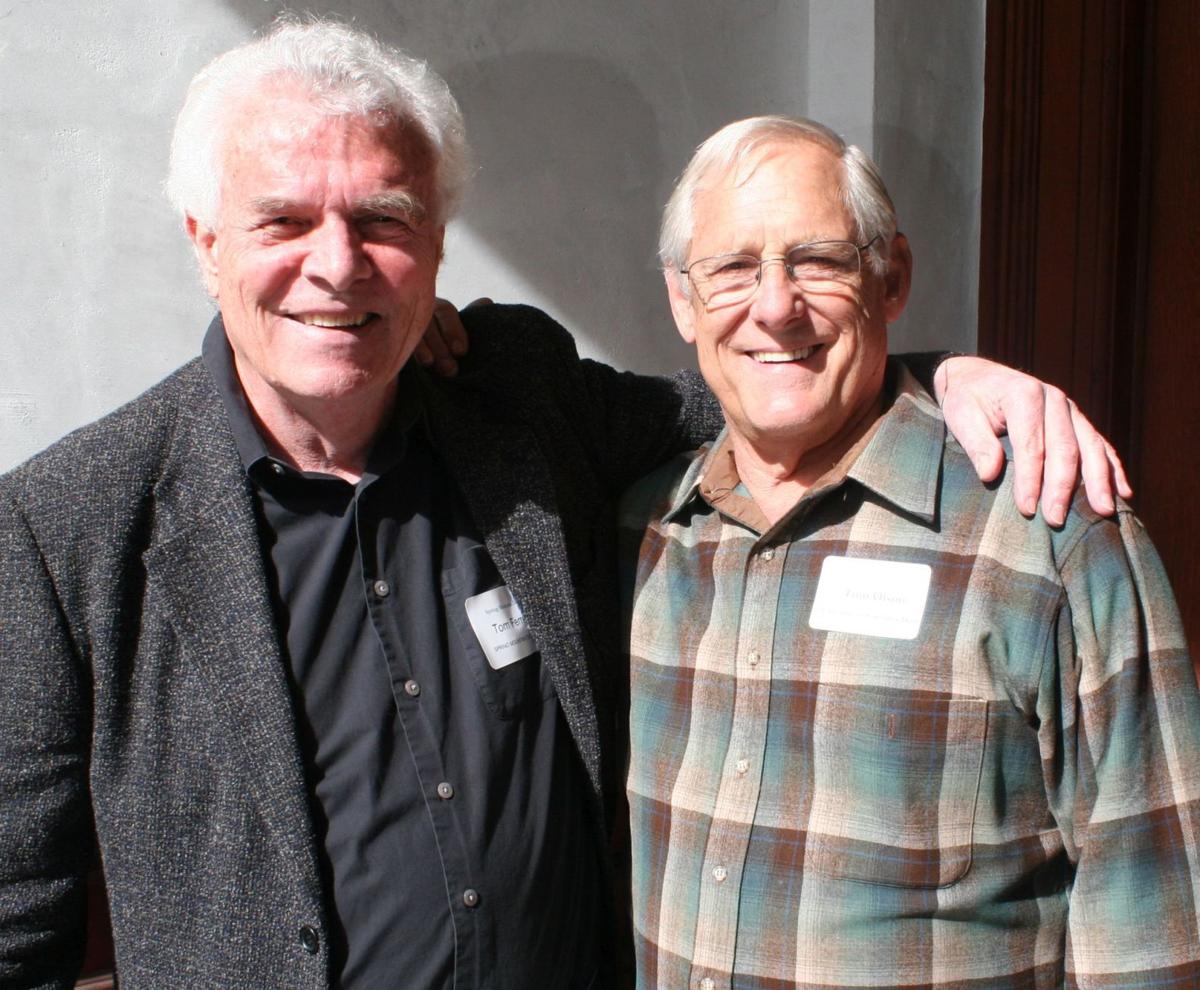 Tom Ferrell and Tom Olson from UC Davis were roommates at UC Davis many years ago. They met up at the Spring Mountain AVA Premiere Napa Valley tasting Friday in St. Helena. 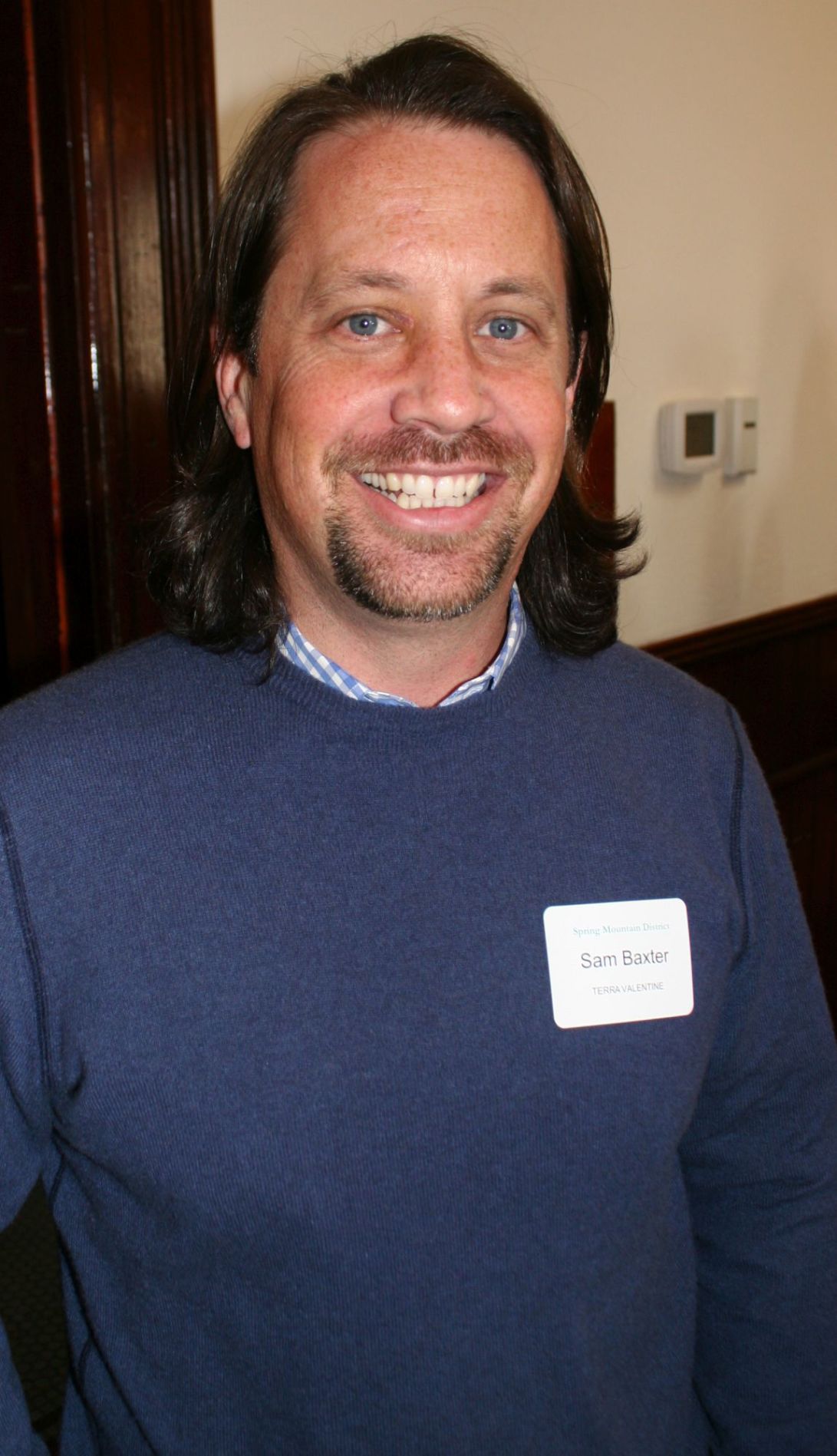 Sam Baxter, owner of Terra Valentine, was pouring his wines at the Odd Fellows Hall on Friday as part of Premiere Napa Valley. 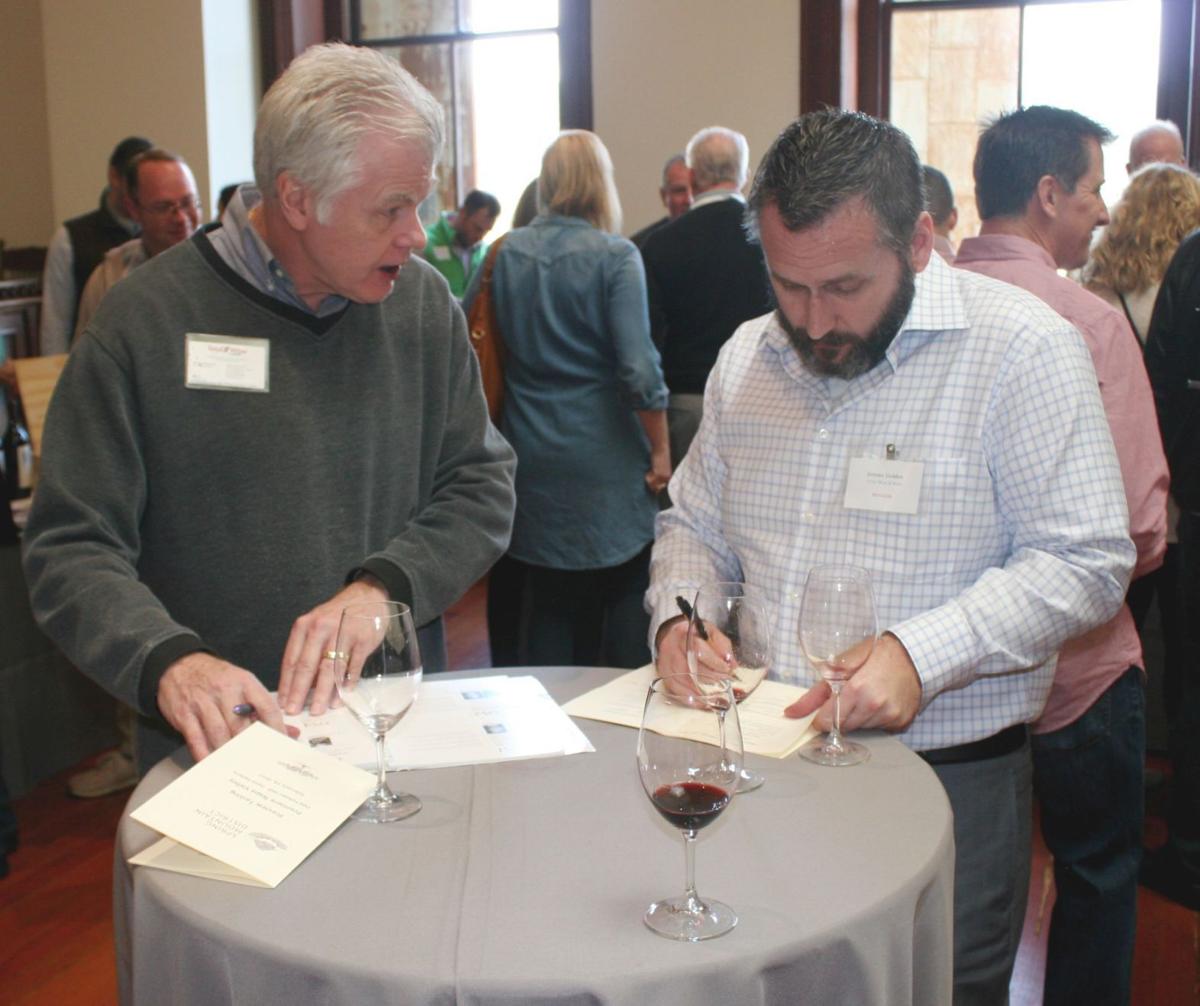 During Premiere Napa Valley in February, people were tasting and discussing wines from Spring Mountain at the Odd Fellows Hall in St. Helena.

Tom Ferrell and Tom Olson from UC Davis were roommates at UC Davis many years ago. They met up at the Spring Mountain AVA Premiere Napa Valley tasting Friday in St. Helena.

Sam Baxter, owner of Terra Valentine, was pouring his wines at the Odd Fellows Hall on Friday as part of Premiere Napa Valley.

During Premiere Napa Valley in February, people were tasting and discussing wines from Spring Mountain at the Odd Fellows Hall in St. Helena.

As part of the Premiere Napa Valley celebration, 14 wineries, all members of the Spring Mountain District, were pouring their PNV wines, current releases and library wines starting at noon Friday at the Odd Fellows Hall in St. Helena.

The PNV wines, unique and carefully-crafted wines available only for Premiere Napa Valley, were auctioned off on Saturday afternoon at St. Helena’s Culinary Institute of America at Greystone or were one of the 45 lots sold through an online auction. The live and online auctions raised $4.2 million.

Sam Baxter, owner of Terra Valentine, was pouring seven wines and four were made with cabernet sauvignon grapes. One of those was a brand he started with the 2012 vintage, Foretell. “It’s really a chance for me to take my favorite clones, vineyard blocks and barrels and bottle them separately,” he said. “It is a personal blend that I do that kind of like our reserve.” He poured two Foretell wines: A Fort Ross/Seaview AVA pinot noir and a cabernet from Spring Mountain.

His PNV lot was a 2015 cabernet from the Angus and Margaret Wurtele vineyard on Spring Mountain. “I really think the 2015 vintage is very concentrated, a rich vintage,” he said. Although he called the yields extremely low on Spring Mountain, the wine shows a lot of depth and layered concentration, with great ripeness and moderate sugar levels. The five cases sold for $16,000.

Last October, he bought property on Spring Mountain that is undeveloped, except for a house, and the plans are to create an estate for Terra Valentine. He and Joe Filippini are working with two other Spring Mountain vineyards, because as Baxter said, “It is still a huge part of who we are and it is the heart and soul of Terra Valentine.”

For Schweiger’s PNV lot, Andy Schweiger decided to turn to his research project, a 2015 cabernet that was fermented in a pear-shaped Perle French oak barrel. “The concept behind it is that you’re getting the benefit of fermenting on the wood to maximize tannin complexity and because of the shape of the barrel, you’re getting compression of the cap. The more the cap stays submerged, the more elegant the tannins and the more rich mouthfeel, so we can taste the difference,” he said. Beyond just suspecting that was true, they took a sample of the cabernet to ETS Labs in St. Helena for analysis, which also said there was stable tannins, a deep red color and a richer, rounder mouthfeel, Schweiger said.

The five-case lot sold for $10,000. Why has Schweiger participated in every Premiere Napa Valley that has been held? “The Napa Valley Vintners does so many great things for us, not only as an industry, but as a community,” he said. PNV “is a great opportunity for us to contribute and help out the greater wine community.”

Francoise Bugue was one of four people pouring three wines for Cain Vineyard and Winery. Bugue, who has been with Cain for 23 years, poured a sample of the 2006 Cain Five from the Spring Mountain District. At 11 years old, he said it was a beautiful wine, very polished and ready to go. Cain produced 400 cases of magnum bottles and 5,000 cases of 750 milliliter bottles, but the associate winemaker said “there are very few bottles left.”

The premise behind Cain Five is that it is a wine made up of five Bordeaux varietals. For the 2006, it was 46 percent cabernet sauvignon, 26 percent merlot, 13 percent petite verdot, 9 percent cabernet franc and 6 percent malbec. The first vintage of Cain Five was produced in 1985.

Stony Hill Vineyard’s Sarah McCrae was proud and excited to have one of the few white wine lots in Premiere Napa Valley. The 2016 chardonnay is the winery’s first ever reserve chardonnay since its founding 65 years ago. “With the ’16 vintage, we thought we’d try it out. It is lean and mean and young and it will be a beautiful wine when it grows up,” McCrae said. The grapes come from “a favorite corner of our favorite vineyard and the wine is made from free-run juice from that fruit.”

The funds raised go to support the operations of the Napa Valley Vintners, a nonprofit trade association.

Like many others, Fred and Andy Schweiger were stunned at the devastation wrought by the recent Camp Fire in Paradise. The Spring Mountain vin…