The Napa County Watershed and Oak Woodlands Protection Initiative of 2018 will appear on the June 5 ballot as Napa County Measure C.

“You can’t have effective environmental protection without economic wealth,” vintner Stuart Smith insists. And Measure C, according to Smith, actually damages the county’s ability to protect the watershed.

Measure C would limit the cutting of oak woodlands to make room for new vineyards in the agricultural watershed zoning district that includes local hills. It would strengthen setbacks for streams.

As the election draws closer, one voice that has been raised in constant opposition has been that of Stu Smith of Smith-Madrone Vineyards. The Napa County Farm Bureau also has spearheaded the fight against Measure C, with its co-chairs Jeri Hansen and Dave Whitmer. Smith has no connection to the Farm Bureau’s “No on C” committee.

In letters, in public forums, and in individual conversations, Smith’s robust opposition comes from his personal experiences developing vineyards on top of Spring Mountain as well as building a respected reputation in helping to craft Napa County’s watershed regulations. He is a past appointee to the Napa County Watershed Task Force and his opposition to Measure C is both scientifically detailed – “in the weeds” he likes to say – and philosophically practical.

Smith is not new to the valley. He came to the Napa Valley at the age of 22 after receiving his bachelor’s degree in Economics from U.C. Berkeley and while he was working on a Master’s degree at U.C. Davis in Viticulture. And though he grew up in Santa Monica, he said he became fascinated with the opportunities in viticulture, and fell in love with the Napa Valley after visiting friends. He said his personal motivation in focusing on viticulture was to “create something of quality.”

“Everything was planned obsolescence,” he said of that time of his youth. “But wine,” he said, “was something of lasting quality.”

In 1971 he, along with friends and family, bought acreage at the top of Spring Mountain overlooking the Bothe-Napa Valley State Park. This terroir became the Smith-Madrone Vineyards at elevations between 1,300 and 2,000 feet, on steep slopes which range up to 34 percent. His vineyards at Smith-Madrone are “dry farmed” and he was a pioneer in that practice in the valley.

He said that the nature of the property required a lot of work, a lot of timber cutting, and a lot of mitigation to prevent soil erosion. As a farmer, he said he knows from experience that the current requirements of Measure C will be unworkable from a practical farming perspective, and expensive for the county to enforce.

But Smith holds a special vehemence about Measure C because of the manner by which it was crafted “in secret” without the input from all the stakeholders in the valley.

“It’s a flawed document,” he maintains. “Because it’s not based upon science. It attempts to regulate something that has no in-depth scientifically identifiable problem. It’s about an emotional reaction to the changes in the Napa Valley without identifying how those changes are impacting the watershed.”

“Instead of going to the county and requesting a study of the imagined problem,” Smith said. “The initiative was written by two people and lawyers in a backroom.” He characterized the California initiative process as a “blunt-force tool” to impose the will of these individuals against the property rights of landowners in the county.

Smith points to the successes and the progress that the county has experienced in cleaning up and protecting the Napa River watershed through collaborative work between county officials, environmentalists and land owners in the valley. He recounts, using scientific studies, how the resulting regulations have mitigated erosion problems over the last 20 years, and improved the quality of the watershed, making the Napa Valley one of the best conservation success stories in the nation. But his underlying concern is how this particular initiative is driving a divide between the residents of the valley.

“It’s become almost ‘tribal’ in how people have taken sides in this debate,” he said. “There are people now who believe that the valley has become some sort of ‘cesspool’ of pollution, and it’s just not accurate.” Instead, Smith believes the quality of the watershed has been proven to be excellent. Pollution is in retreat, he said, and measurable sediment loads in the river are decreasing.

However, the regulations proposed by Measure C, he said, will overlay a “one-size fits all” remedy on stream set-backs that don’t take into consideration things such as the slope of the land. And it will be in conflict with existing county and state regulations, making the provisions of Measure C destined for expensive and fruitless litigation in the years to come.

Nevertheless, he said, “Once this measure is passed, there’s no turning back – there’s no room for collaboration or compromise. The only legal way to change it will be by passing yet another initiative. It will have taken away the ability of these landowners to farm their land in the manner that is economically viable.”

Asked how the Walt Ranch development project in Napa – intensely debated and protested by some environmentalists over the last few years – has played in the creation of Measure C, Smith said there was no question in his mind that it has been instrumental in exacerbating the tribal debate about the environment.

“But my perspective is that vineyards actually help create firebreaks,” he said. “And I don’t have any real objection to what is happening in that particular project. The Environmental Impact Review report for the Walt Ranch project was enormous – the most extensive scientific EIR on record. Napa County has said that agriculture is the highest use of the county’s land resources, and my perspective is that they have every right to do it. It is actually creating agricultural land from forest woodlands.”

Looking at the long-term impact of vineyard development in the valley on the environment, Smith posits that the economic dynamic of the wine industry is the key factor by which the Napa Valley has been successful in protecting its natural resources.

“You can’t have effective environmental protection without economic wealth,” he repeated. “

“The vineyard development and the wine industry as a whole have enabled the level of wealth necessary to fund the protection of the Napa River,” he continued. “Tourism, the traffic, the wineries, the vineyards: All of it has transformed the Napa Valley from a poor and somewhat backward-looking county to place where people can actually make a decent living in an agricultural setting.”

“I’m not personally wealthy,” Smith said. “But I remember what the valley looked like back when I first came here. It was a place where it was really difficult for a woman to find a job except as a teacher, a nurse or a homemaker. It was place where it was really hard to earn a living. The success of the wine industry has created the financial resources required to fund the protection of the environment here. But Measure C will have a negative impact – a destructive impact – on the economic engine that has created the ability to protect the environment in the valley.”

A different perspective on Measure C

In his recent letter to the editor, Mr. Stuart Smith expressed his views on Measure C, the Oak Woodland Initiative. He wrote the initiative di…

What is the answer?

This is in reference to Stuart Smith’s letter of March 10, “Sticking it to landowners isn’t the answer.”

Vintner Stuart Smith has now written a second letter-to-the-editor on March 9 regarding the watershed conservation initiative, Measure C. In "…

Sticking it to landowners isn't the answer

The only issue that Frank Hawkins and I agree upon is that property rights are not unlimited. See “Threatening our water security should be Il…

I oppose Measure C, the Oak Woodlands Initiative, because it discriminates against an entire group of stakeholders. It is ill-conceived and po…

Initiative will preserve our water resources

While it is well documented that the Ag Preserve has been a remarkable protector of Napa County, it was not always so. We moved to the valley …

Oak woodland protection ballot measure is good for our community

From Napa County citizens and members of the grape growing and vintner community: Come May, Napa County voters will have a choice to make -- P… 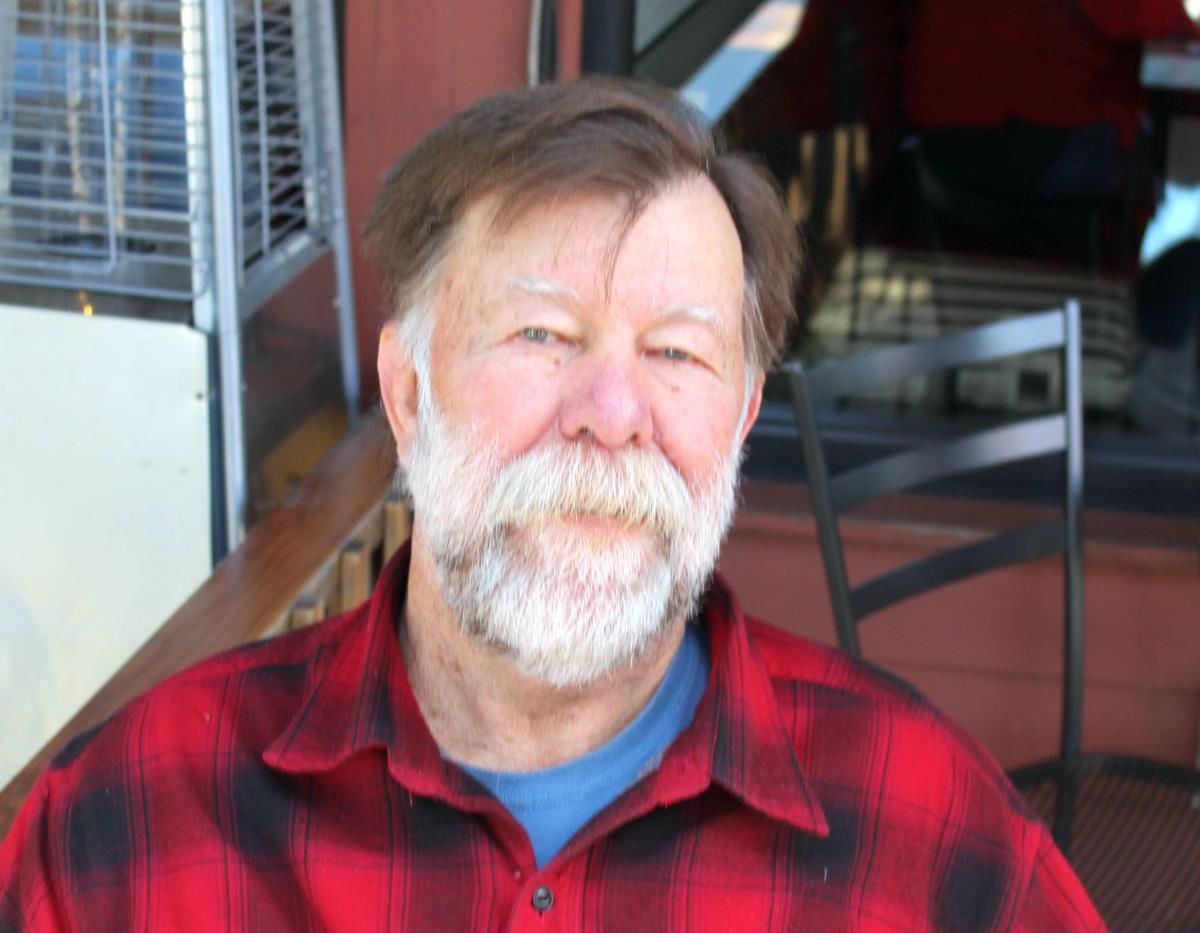 Stuart Smith came to the Napa Valley at the age of 22 in 1971 after receiving his bachelor's degree in Economics from U.C. Berkeley and while he was working on a Master’s degree at U.C. Davis in Viticulture. He and his brother, Charles, have since built Smith-Madrone Vineyards on Spring Mountain. 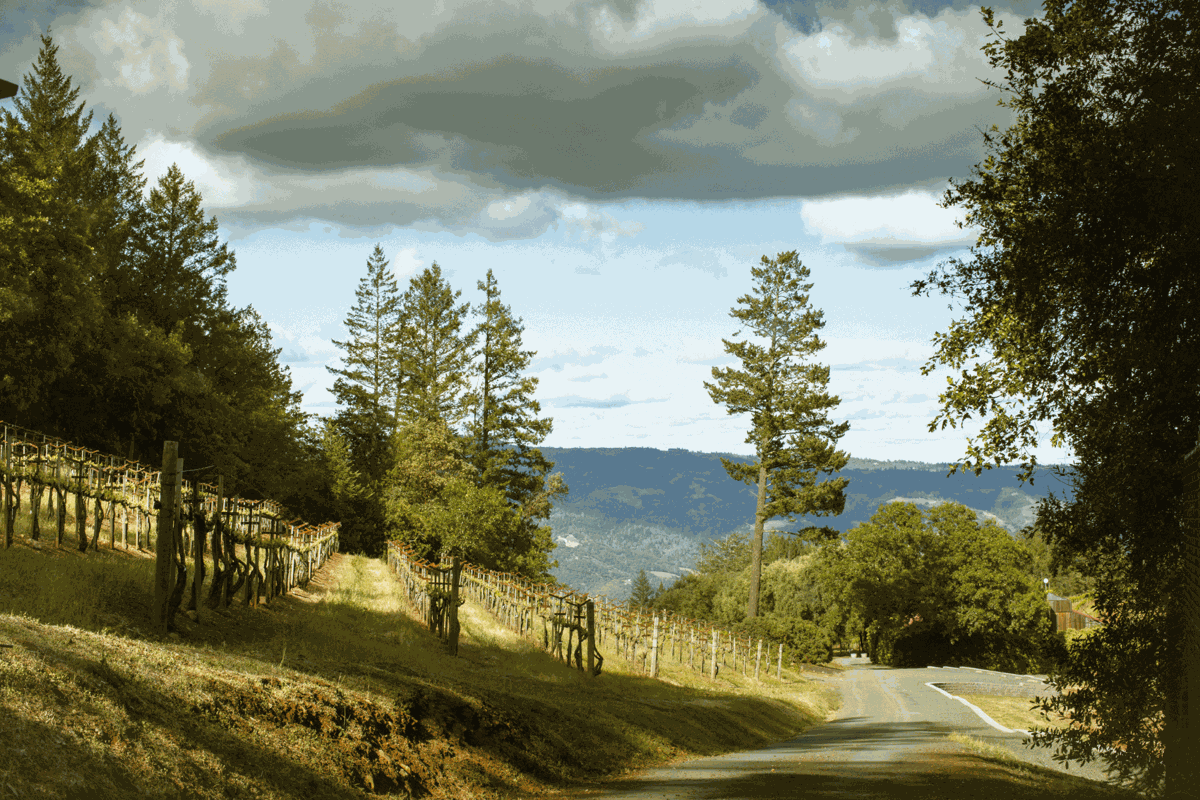 The Smith-Madrone Vineyards at elevations between 1,300 and 2,000 feet, is on steep slopes, which range up to 34 percent on Spring Mountain. Stuart Smith said the nature of the property that he and his friends purchased in 1971 required a lot of work, a lot of timber cutting, and a lot of mitigation to prevent soil erosion. 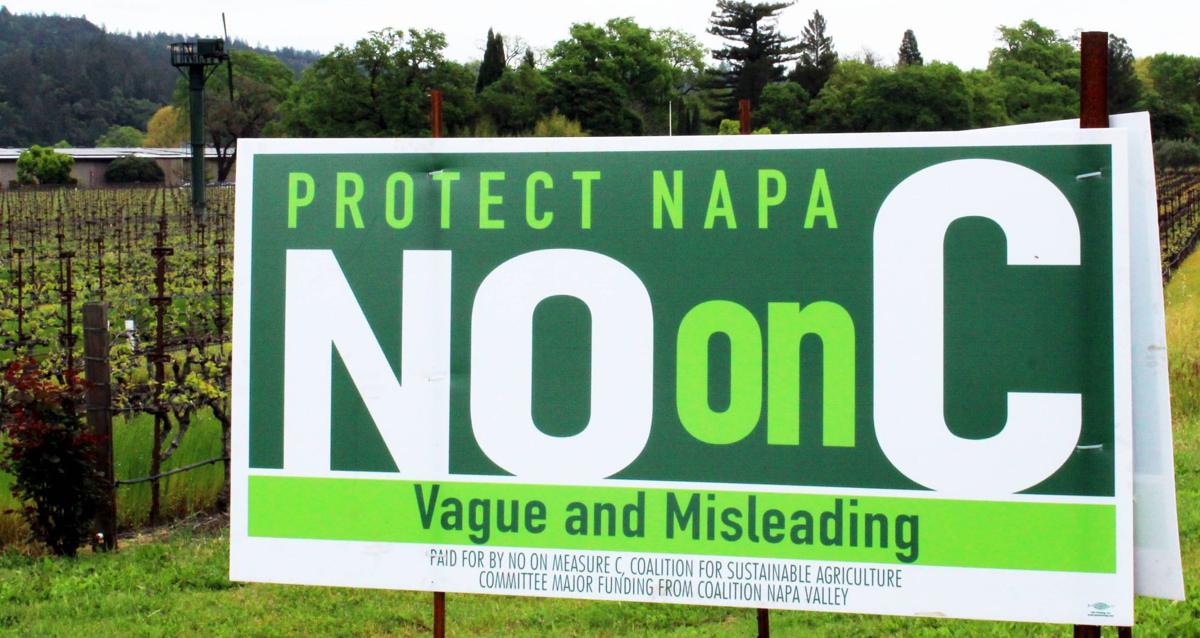 "No on C" signs at the corner of Deer Park Road and Highway 29 announce opposition for the Napa County Watershed & Oak Woodland Protection measure, which will be on the June 5 ballot.