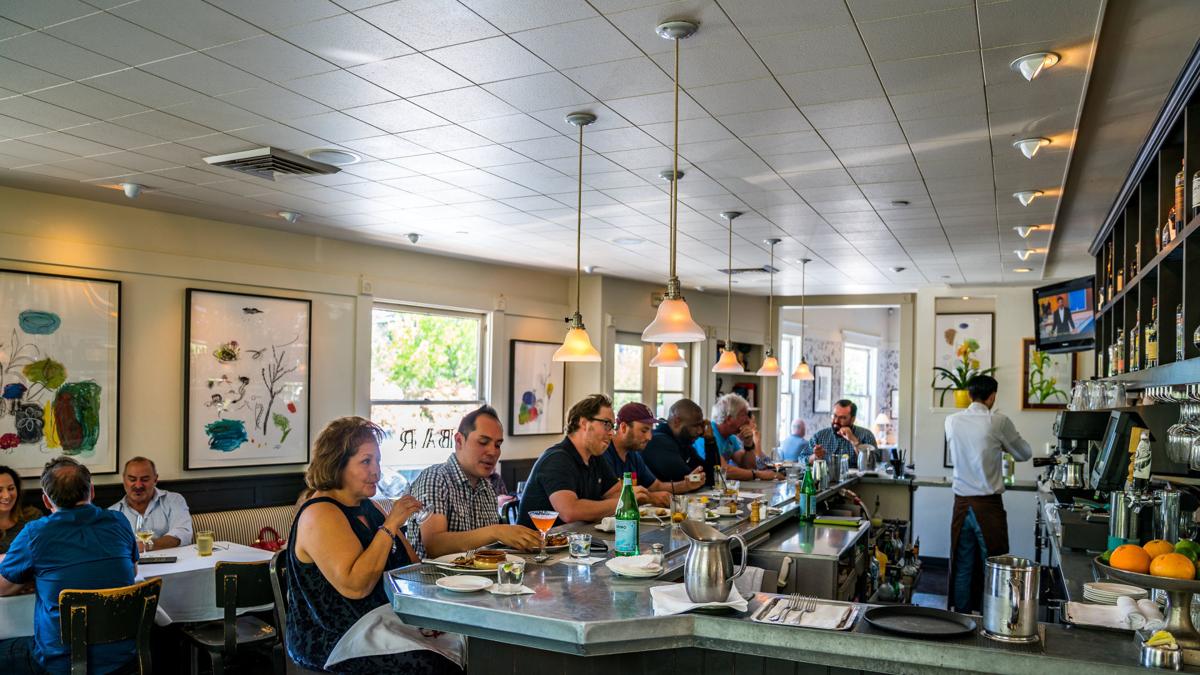 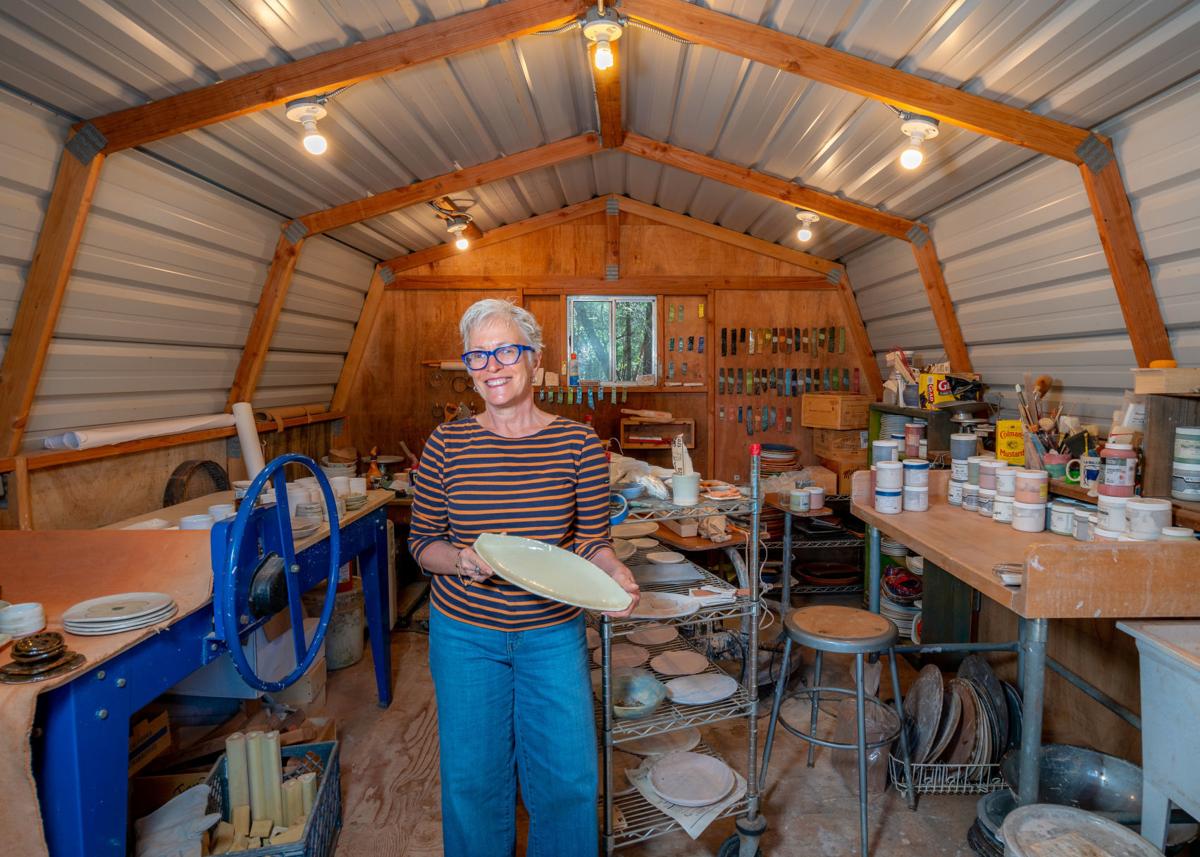 Chef Cindy Pawlcyn shows off a serving dish she made in her home studio. Some of these items can be found at Mustards Grill, located just north of Yountville. 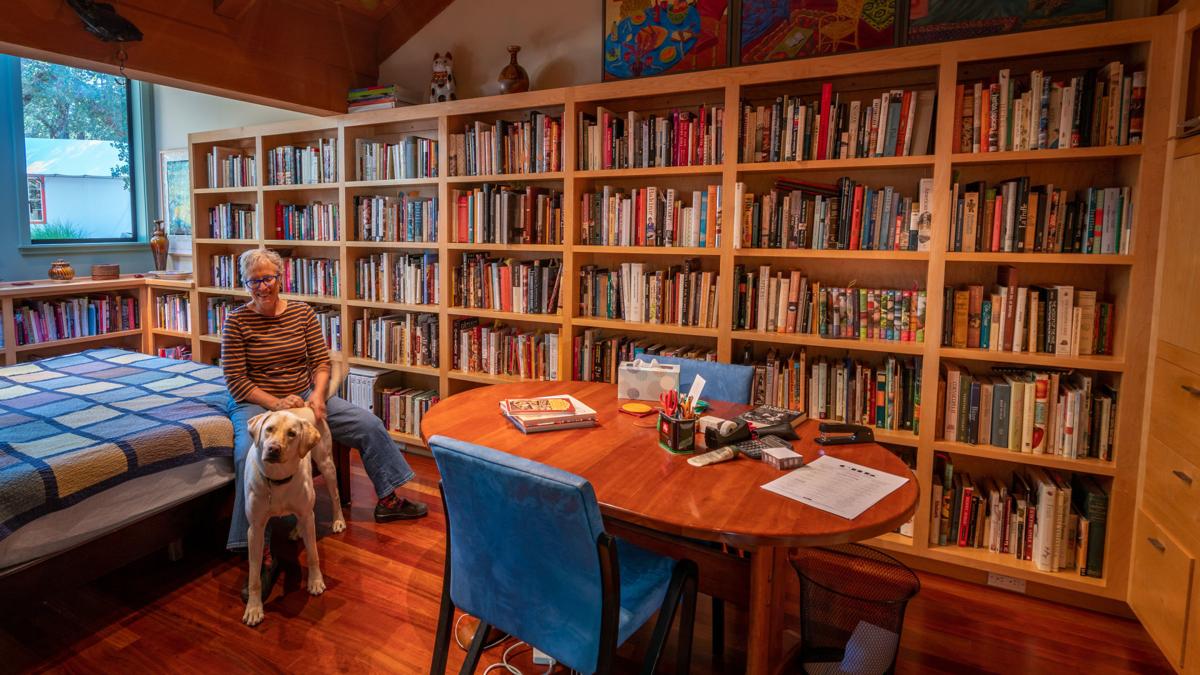 Beyond being a chef Cindy Pawlcyn also enjoys reading cookbooks from her extensive 4,000-volume collection.

Chef Cindy Pawlcyn shows off a serving dish she made in her home studio. Some of these items can be found at Mustards Grill, located just north of Yountville.

Beyond being a chef Cindy Pawlcyn also enjoys reading cookbooks from her extensive 4,000-volume collection.

Joel Gott, a St. Helena winemaker and restaurateur, has bought both the building that housed Cindy’s Backstreet Kitchen and its liquor license from owner Cindy Pawlcyn and her business partner, Sean Knight.

Cindy’s Backstreet Kitchen closed on Saturday. The purchase price was not disclosed.

“Owning anything that Cindy has touched is an amazing opportunity — she’s one of Napa Valley’s most important icons — and so I jumped at the chance,” Gott said. “For now we’ll be using the space as a commissary for our other restaurants and our soon to be opened convenience store in downtown St. Helena. Eventually we’ll likely open a new restaurant in that space, but for now we have our hands full.”

Gott explained they’ll be making items in the building’s kitchen such as “improved dessert options” for Gott’s Roadside and to-go items for their convenience store — the existing Napa Valley Petroleum gas station on the corner of Main and Spring streets — which may open as early as September. Eventually they may open a “fast casual” type restaurant in what has been Cindy’s Backstreet Kitchen.

Beyond the opportunity to increase the production space for his existing businesses, Gott has another more sentimental reason for purchasing the building.

“Grant Showley (St. Helena’s Montessori School culinary arts director and former owner of the building before Pawlcyn) is one of our son’s teachers and I worked for Cindy when I was 16 years old,” Gott said. “They’ve both taught me and my family so much over the years and so we wanted to keep the building in the family.”

Pawlcyn will continue to operate Mustards Grill north of Yountville, and her team is planning to open a second Mustards Grill at the San Francisco International Airport later this summer.

What’s in a name?

When Pawlcyn opened what would eventually become Cindy’s Backstreet Kitchen, it was initially called Miramonte in homage to an earlier restaurant that had existed in the building. The menu and concept was to showcase foods from around the world, including such things as Panamanian meatloaf.

“I love the expression of different cultures through their foods, and I wanted to show how well they could work with wine,” Pawlcyn said. “The rooms and outfits for the servers were bright and colorful — I wanted something new and exciting.”

Each dish on the first menu highlighted where their cultural inspiration had come from. The problem was that the concept just didn’t seem to work with the locals. About a year into the project, two vintners asked to meet with Cindy privately — they had some thoughts they wanted to share.

“Robert Mondavi and Ernie Van Asperen [Round Hill winery] came in and sat me down,” Pawlcyn said. “They’d often come in with their wives for dinner, but that day it was just the two of them. They recommended that I change the name to something more homey and make the menu read better to the locals.”

Pawlcyn took the two vintners’ advice, and after adding $8,000 to her credit card she had repainted everything to soft earth tones, changed the staff’s uniforms, added in some country-style chairs and simplified the menu, often only changing the name but keeping the dish and recipe exactly the same.

“It was like, ‘Bingo!’” Pawlcyn said. “People who had told me that they’d not liked the meatloaf before might come in and tell me how great the new version of the meatloaf was, but it was actually the same as it had been before. Business picked up immediately. That really reinforced for me that you must respect and understand your customers — not just make great-tasting food but also come to them where they are, not the other way around.”

Pawlcyn insists that St. Helena remains a vibrant restaurant town and that the sale was due solely to an unexpected and attractive offer, but the fact remains that owning a restaurant in St. Helena has become increasingly challenging.

“There has been a recent increase in the number of restaurants here — 640 more seats. At the same time, there are fewer people living here full time,” she said. “We’re also seeing the price for labor increase and the local cost of living beyond the reach of many, even though we are often now paying $18 to $20 an hour for dishwashers. One problem is that most diners have a perceived value in their minds for menu items like chicken, for example, so it’s hard for them to understand all the costs that actually go into a dish.”

“My first chef job in the valley was here in this beautiful little town and I still live here,” she said. “And although I have no plans to ever sell Mustards, it will be hard not to be working here in St. Helena daily.”

For CBK’s, many customers the feeling is mutual.

“I’ve known Cindy since she was the chef at Meadowood in the late 1970s,” said Robin Lail, owner of Lail Vineyards. “I’m conflicted because I am happy for her but I am also, like, shoot — where am I going to go to get my pollo loco! I am also sad that St. Helena is losing such a treasure — Cindy and her entire crew have become like family, and her tenacity, creativity and kindness have been nothing less than inspiring.”

As we talked, Pawlcyn had taken me on a short tour of the secluded Napa Valley home she shares with her husband, John Watanabe. She pointed out her extensive collection of more than 4,000 cookbooks that cover the entire walls of two rooms. Pawlcyn’s workshop is where she makes her pottery, with shelves full of various styles of potentially breakable plates and cups, some of which are now being used at Mustards Grill.

“I’m blown away, flattered and at the same time grateful when people stop me in the street and say, ‘I am really happy for you, but now where am I going to get my rabbit tostadas?” Pawlcyn said and then laughed as she picked up one of her earthen-colored serving dishes. “I tell them that we’ll be running many of those items as occasional specials at Mustards.”

“I’ll never retire from cooking, but I am also enjoying having a bit more time to do a few other things,” she said. “Now, if I can only get my business partner to buy more of my pottery.”

The Napa Valley Vintners (NVV) have appointed Korinne Munson as their new communications director. Her first day is Monday, Aug. 6.