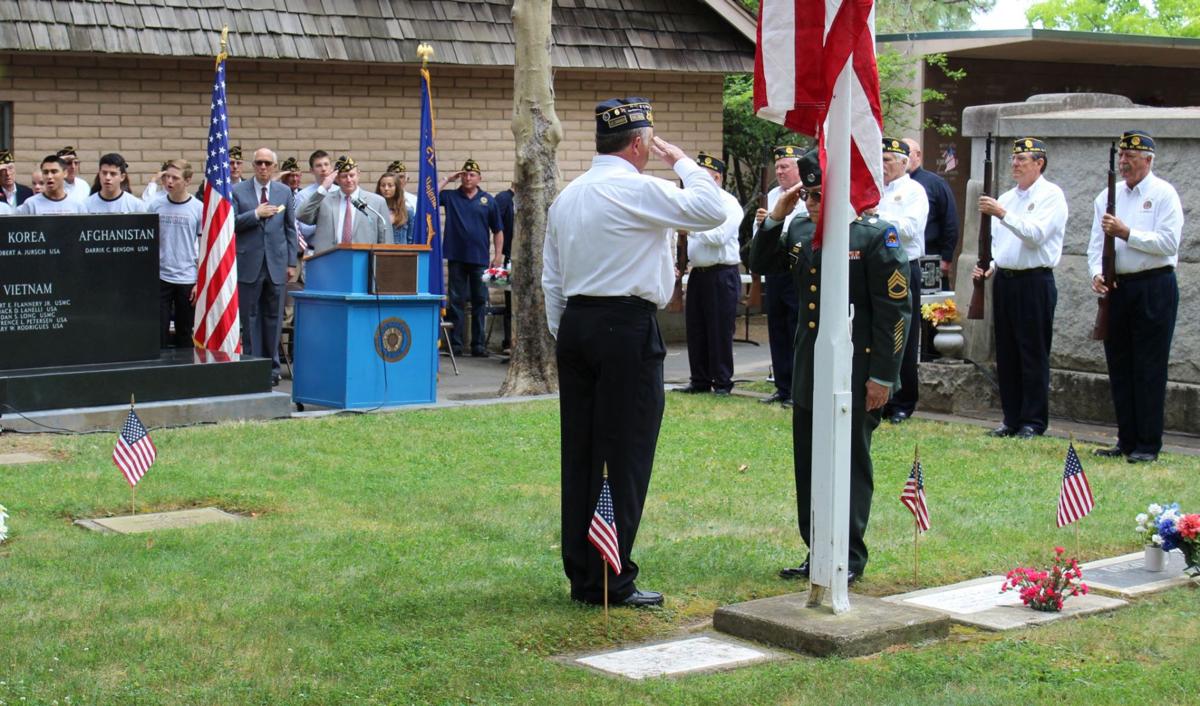 American Legion Post 199 members Craig Pina, left, and Alonso Villa salute the flag during the Pledge of Allegiance on Monday at the St. Helena Cemetery. Pina and Villa make up the Post's flag detail. 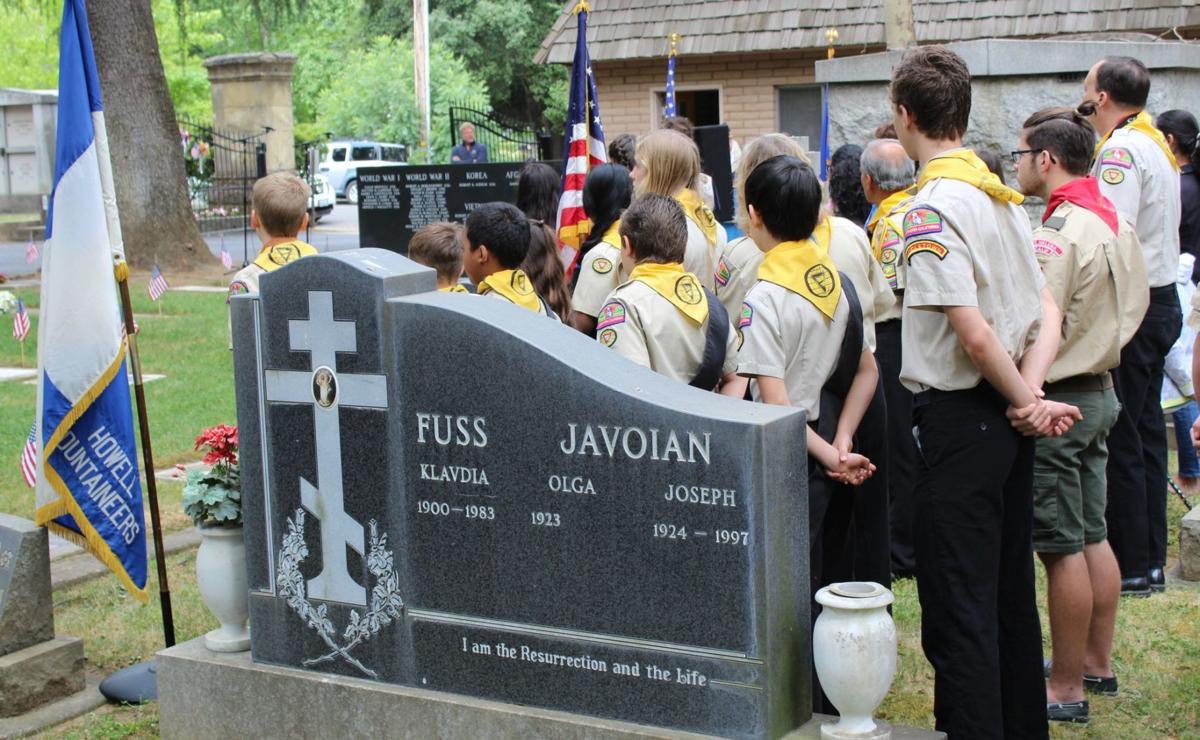 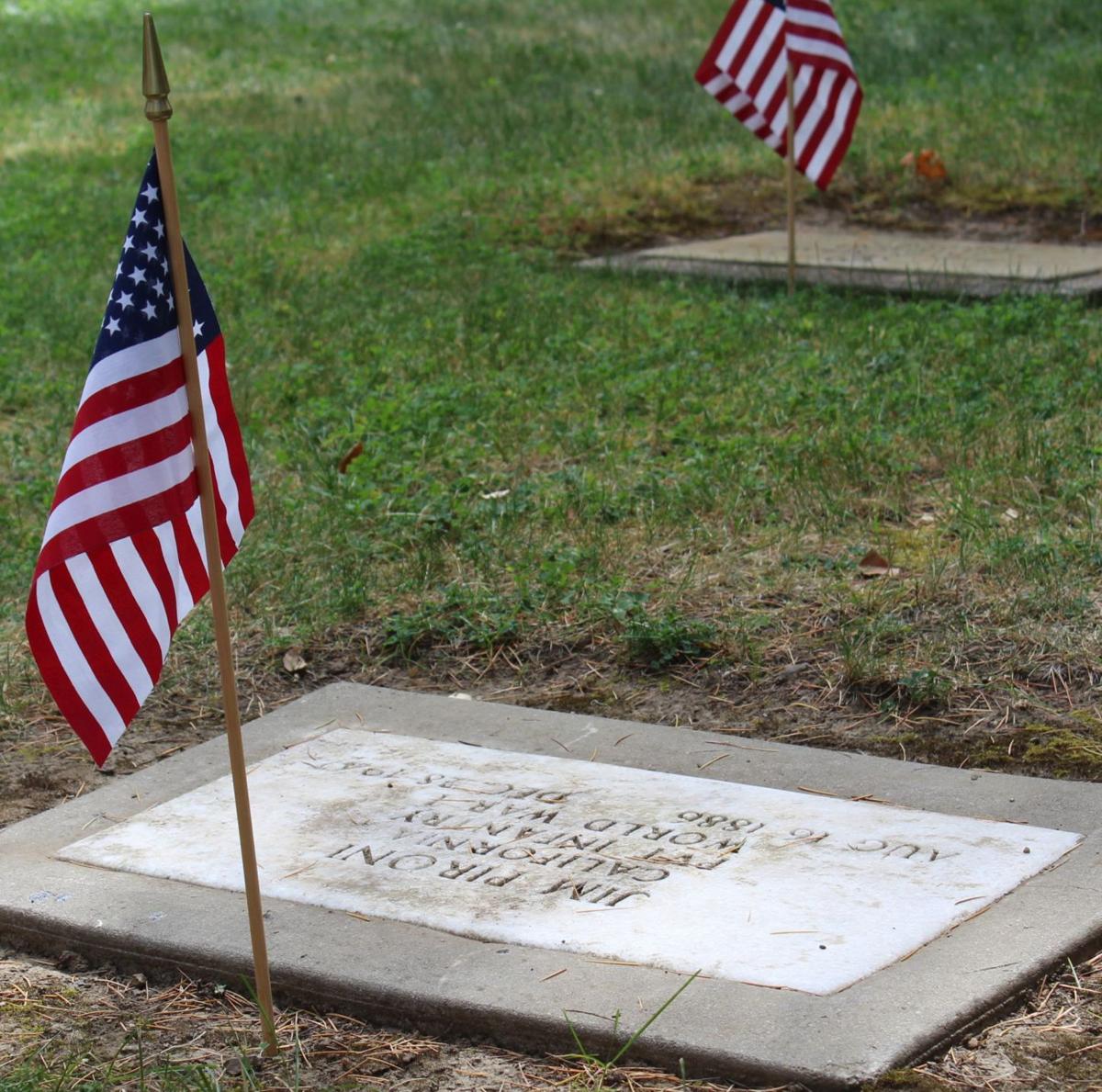 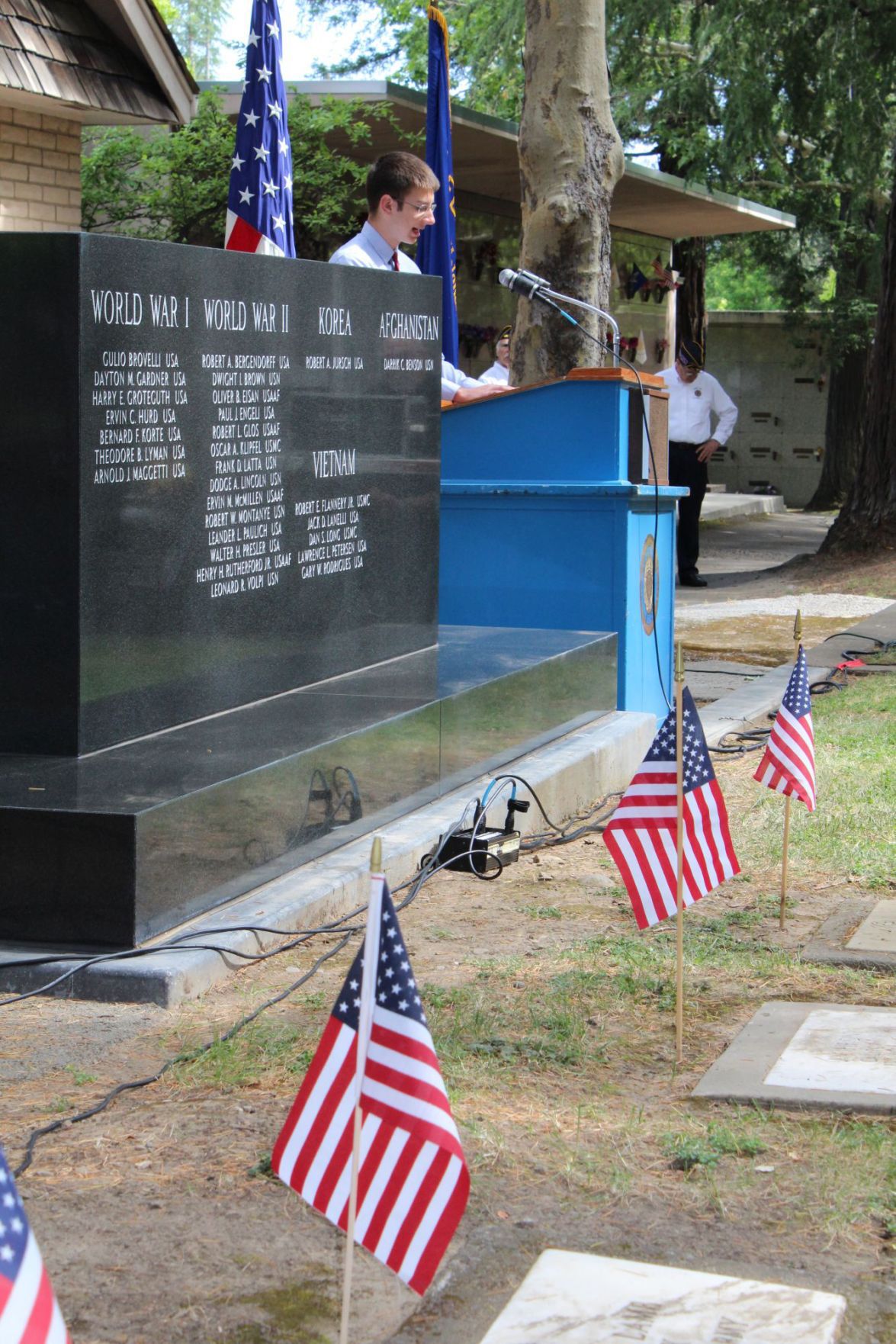 As soldiers trudged over the desolate World War I battlefields of Flanders, their heavy boots aerated the soil and awakened dormant poppy seeds that eventually bloomed into flowers that grew to cover their graves.

On Monday a few hundred residents of the St. Helena area, some of them wearing artificial red poppies pinned to their clothing, gathered at the St. Helena Cemetery for a more deliberate act of remembrance, honoring all the military service members who have died serving the U.S.

Canadian soldier John McCrae’s poem “In Flanders Fields” was invoked twice during the annual Memorial Day ceremony organized by American Legion Post 199. Post Chaplain Sean Collins and Mayor Alan Galbraith used the red poppy as a symbol of remembrance and, as Collins put it, “bringing forth new life from death.”

Galbraith told the story of Private Henry Struble, who fought for the Union during the Civil War. At the battle of Antietam his canteen was found near the body of a soldier he’d tried to help, and the military mistakenly identified the dead man as Struble. Every year on Memorial Day (then known as Decoration Day) Struble sent flowers to decorate the grave that had his name on the tombstone and an unidentified stranger buried beneath it.

“This story reminds us of the heartfelt empathy and heavy sadness we all feel for unrecovered and unknown soldiers and sailors,” Galbraith said.

World War I, the war that gave the red poppy such significance, has been overshadowed by subsequent wars, Galbraith said. There is no memorial to its fallen on the National Mall, even though as many U.S. soldiers died in six months of combat as were killed during the entire Vietnam War, he said.

World War I wasn’t forgotten on Monday though, as American Legion members and their families laid wreaths honoring the servicemembers from the St. Helena area who died in World War I, World War II, Korea, Vietnam and, most recently, Afghanistan, where Navy SEAL Darrik Benson was killed in 2011, 10 years after graduating from St. Helena High School.

Benson’s young niece and nephew, Anthony and Katrina Benson-Verducci, laid a wreath in his honor.

Rep. Mike Thompson couldn’t attend, but he contributed a letter paying tribute to the fallen and entreating the rest of us to care for their loved ones.

“They were heroes, but they were also someone’s child, parent, sibling or friend,” wrote Thompson, who served in Vietnam. “Their loss is a painful reminder that war should always, always be a last resort.”

Soiled by vermin, faded with age and stashed in an attic, a piece of local history has now been restored to its rightful home at the St. Helen…

An Italian immigrant determined to fight for his new country, a decorated submarine commander who went down fighting, and a St. Helena High Sc…

American Legion Post 199 members Craig Pina, left, and Alonso Villa salute the flag during the Pledge of Allegiance on Monday at the St. Helena Cemetery. Pina and Villa make up the Post's flag detail.