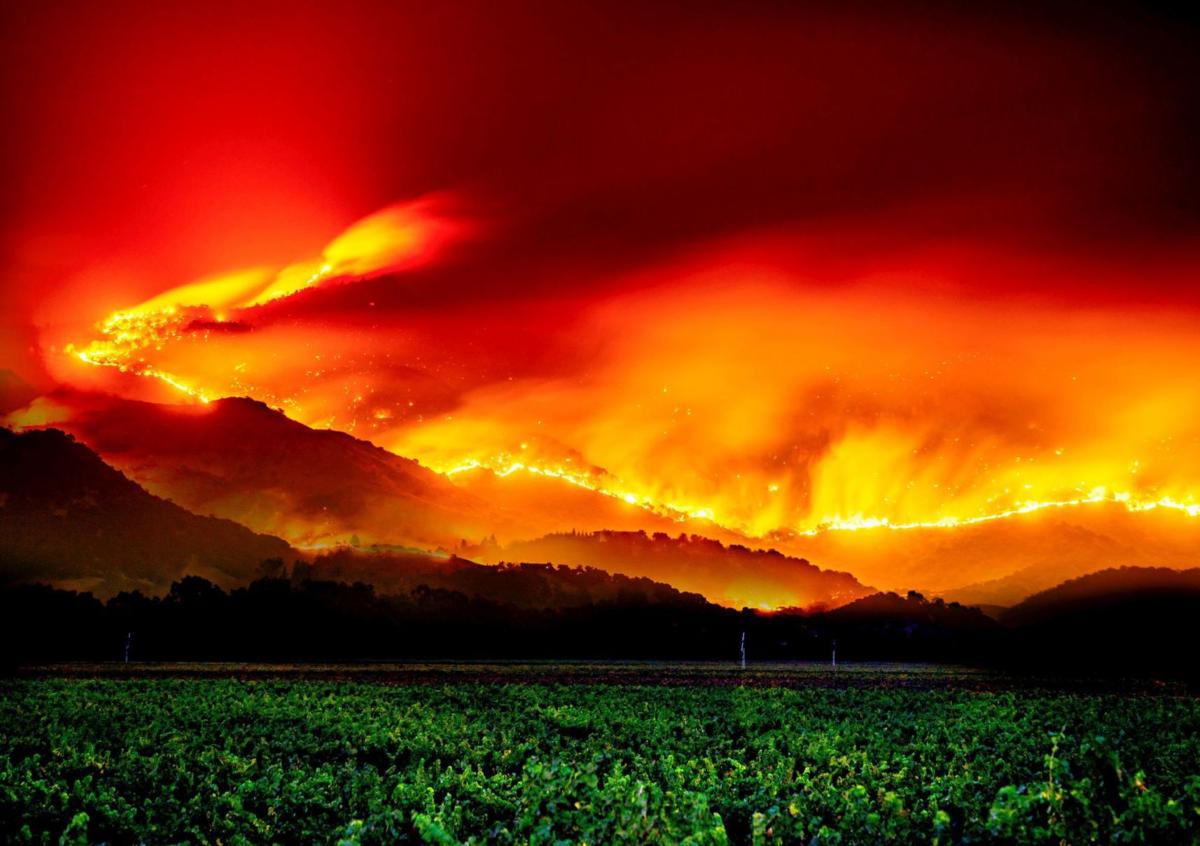 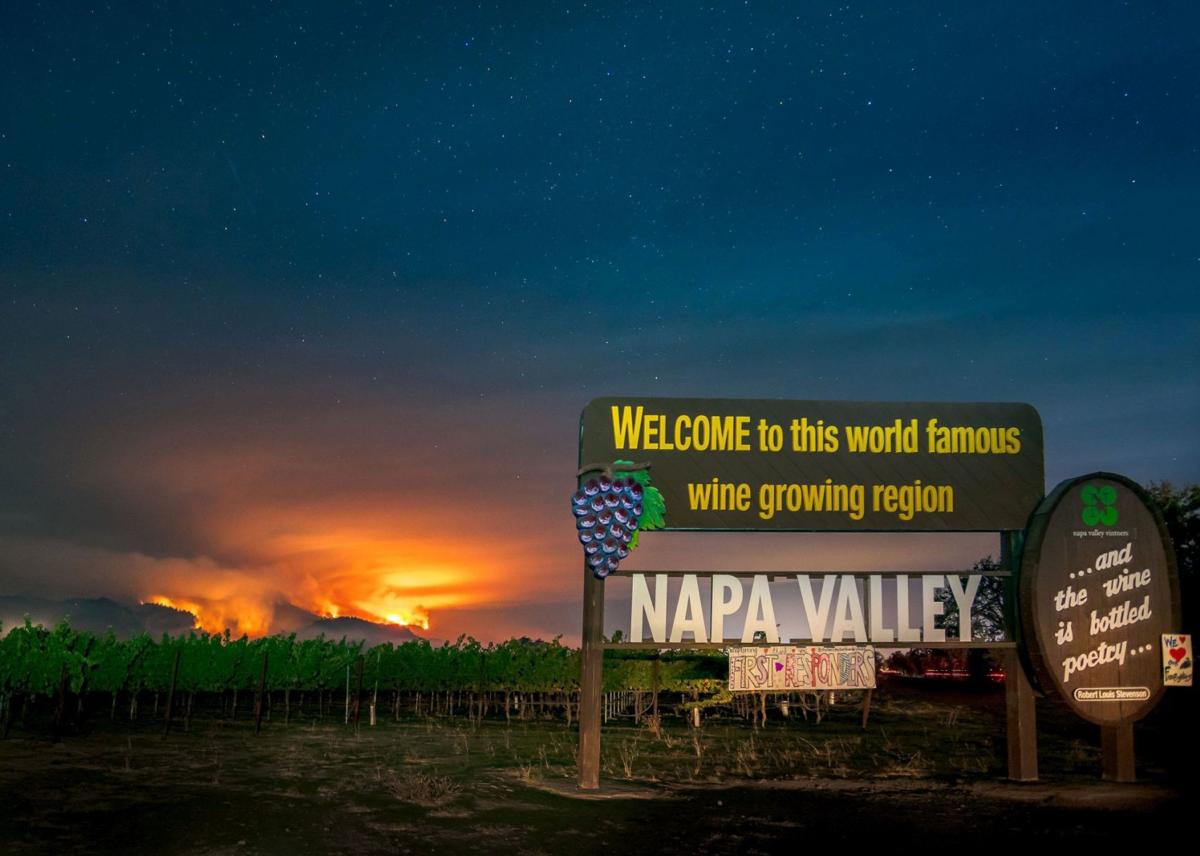 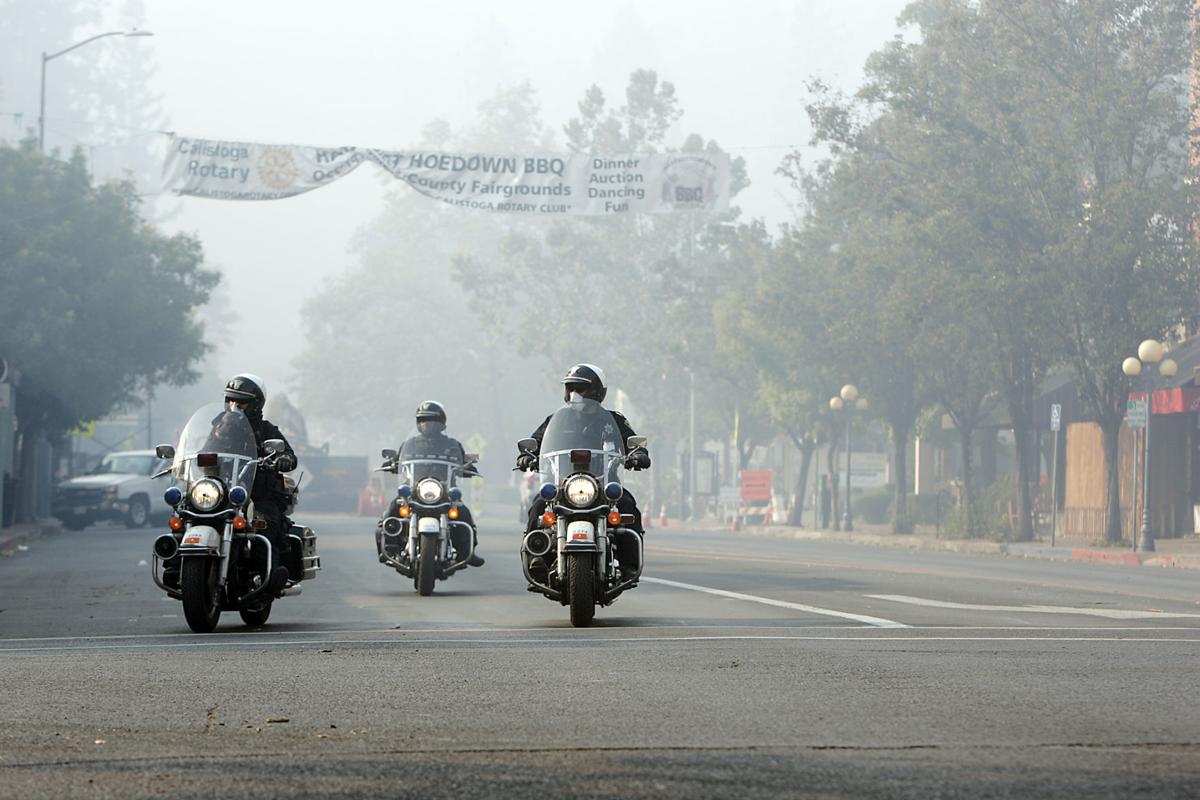 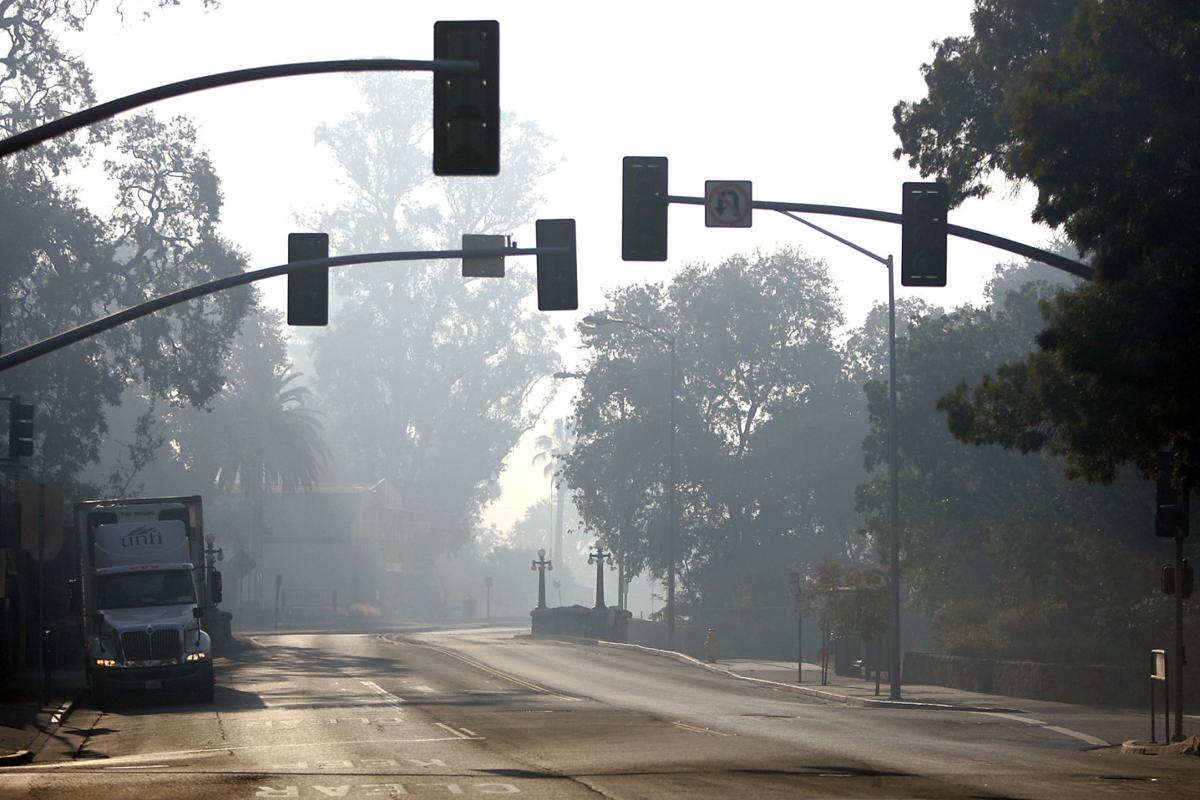 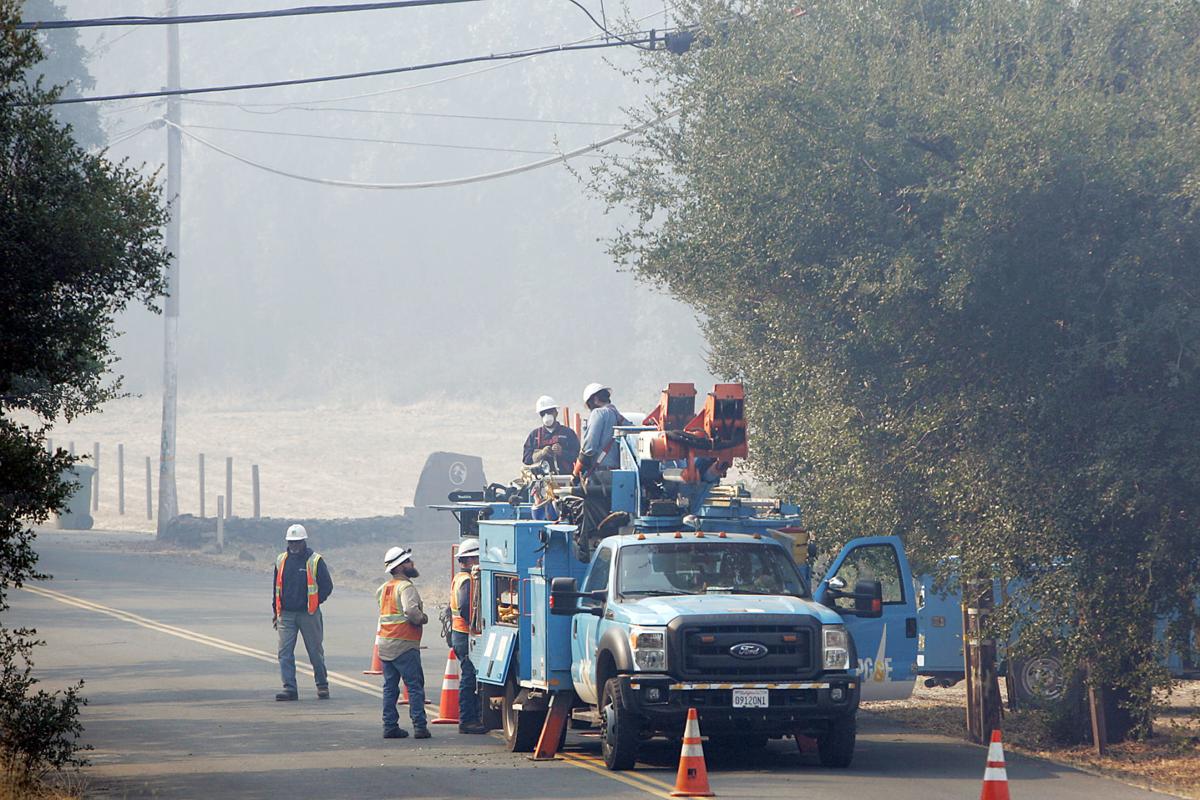 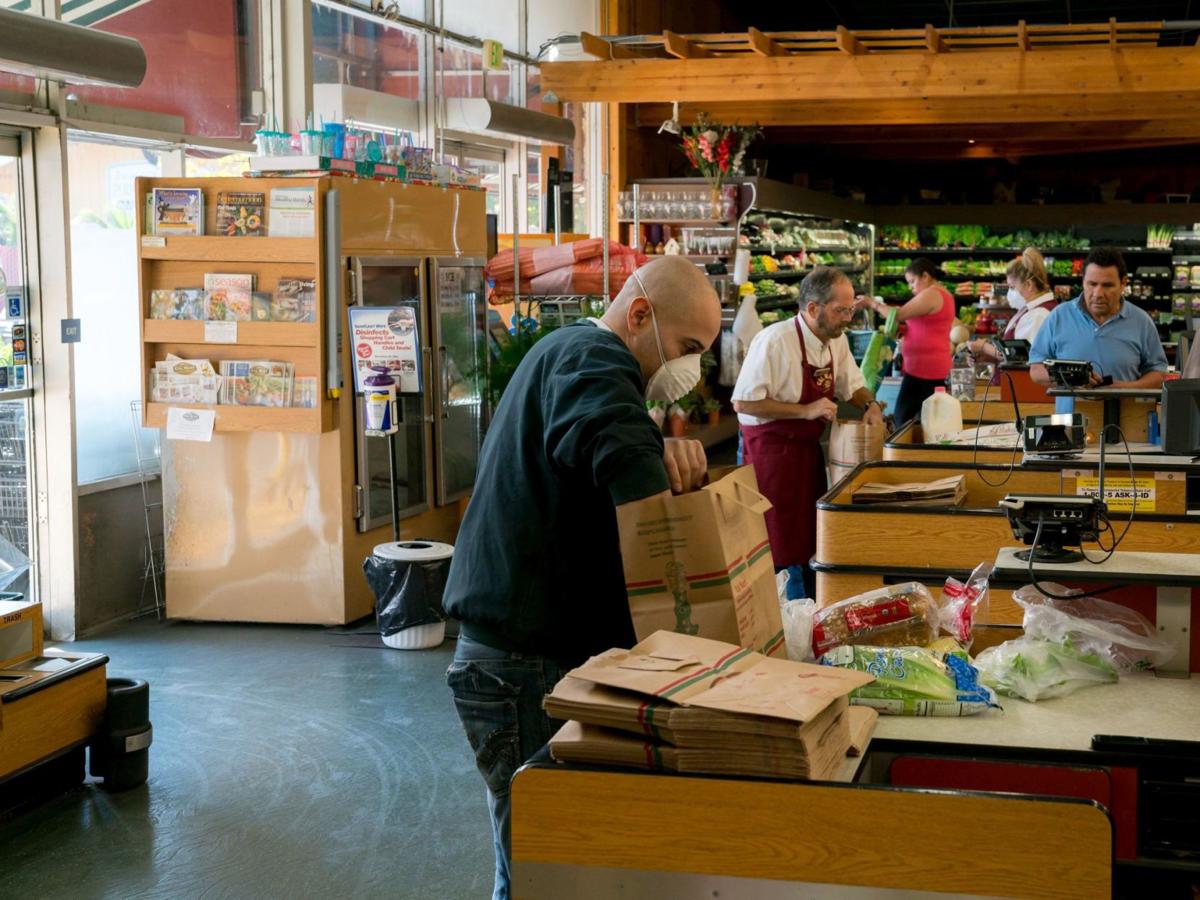 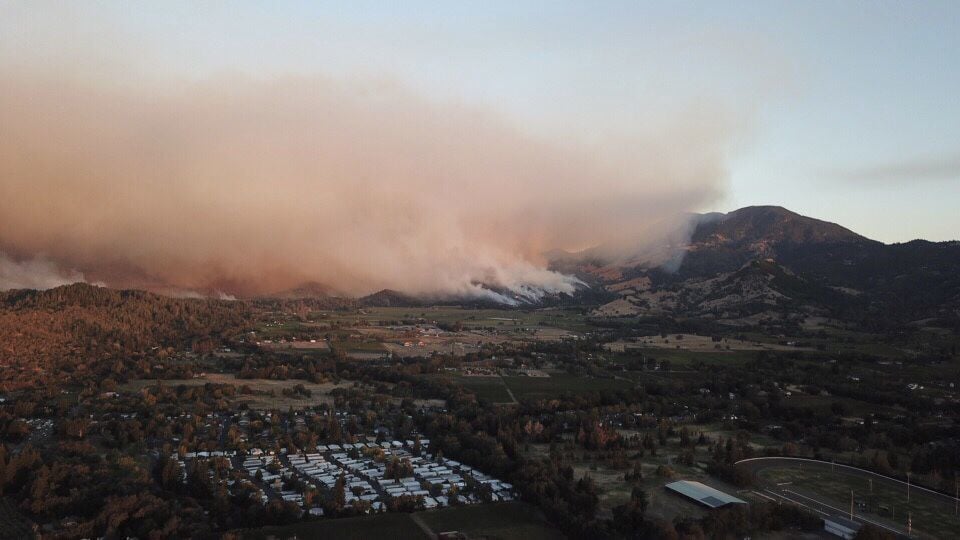 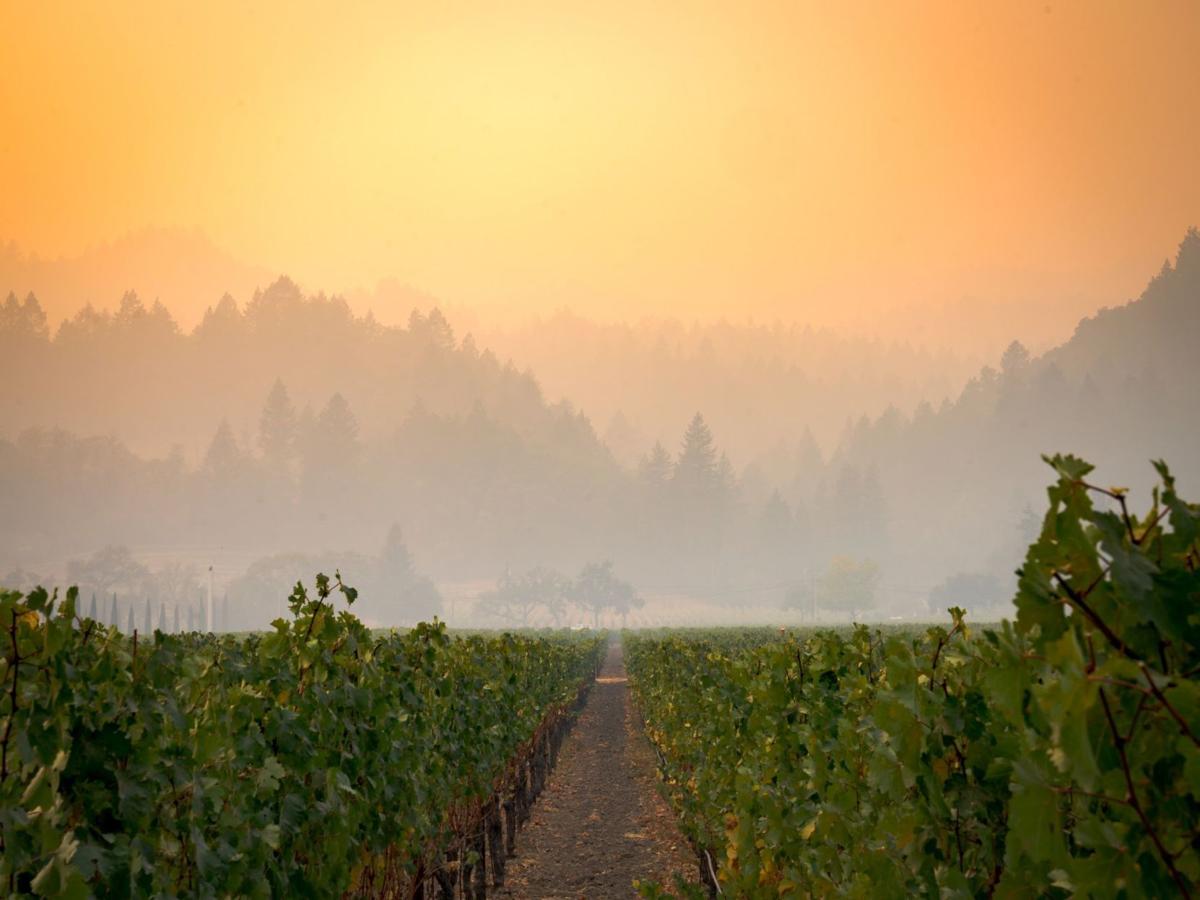 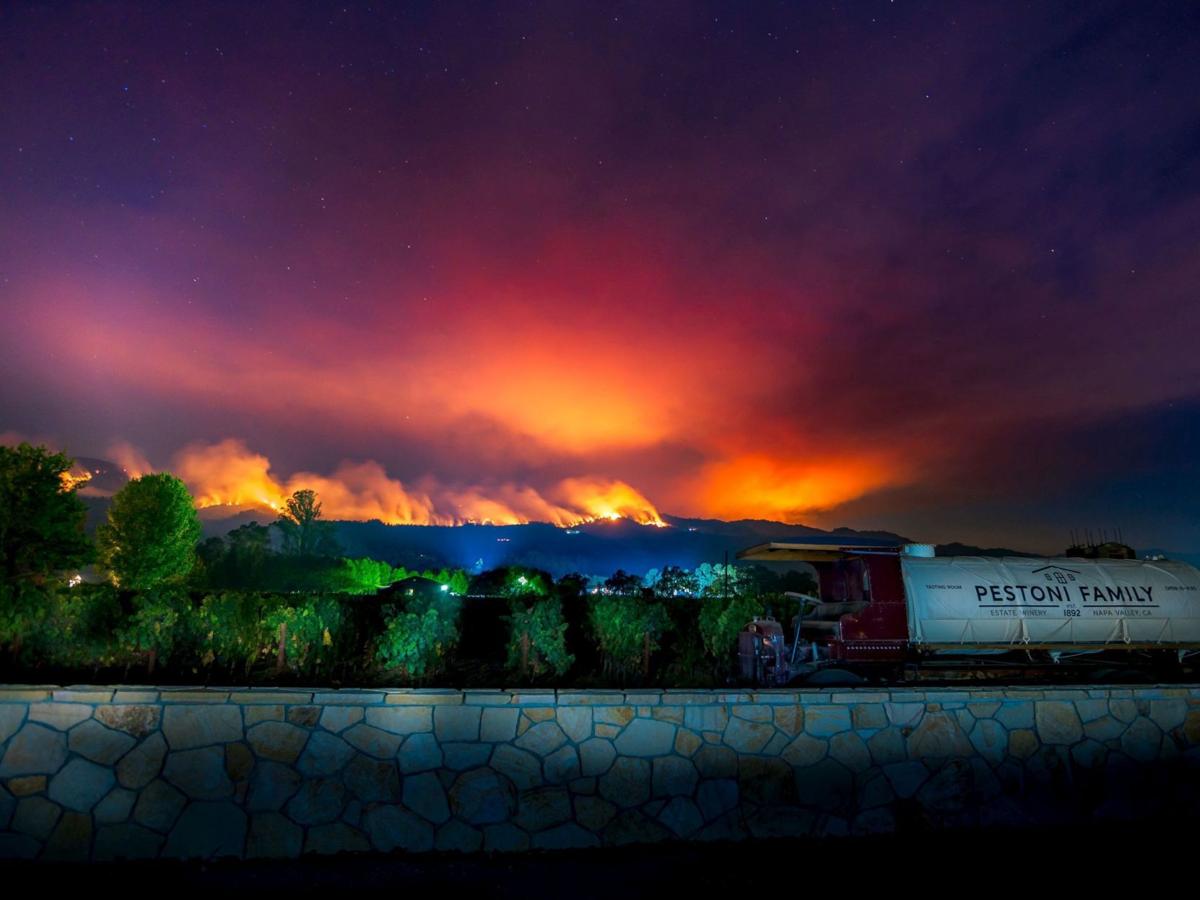 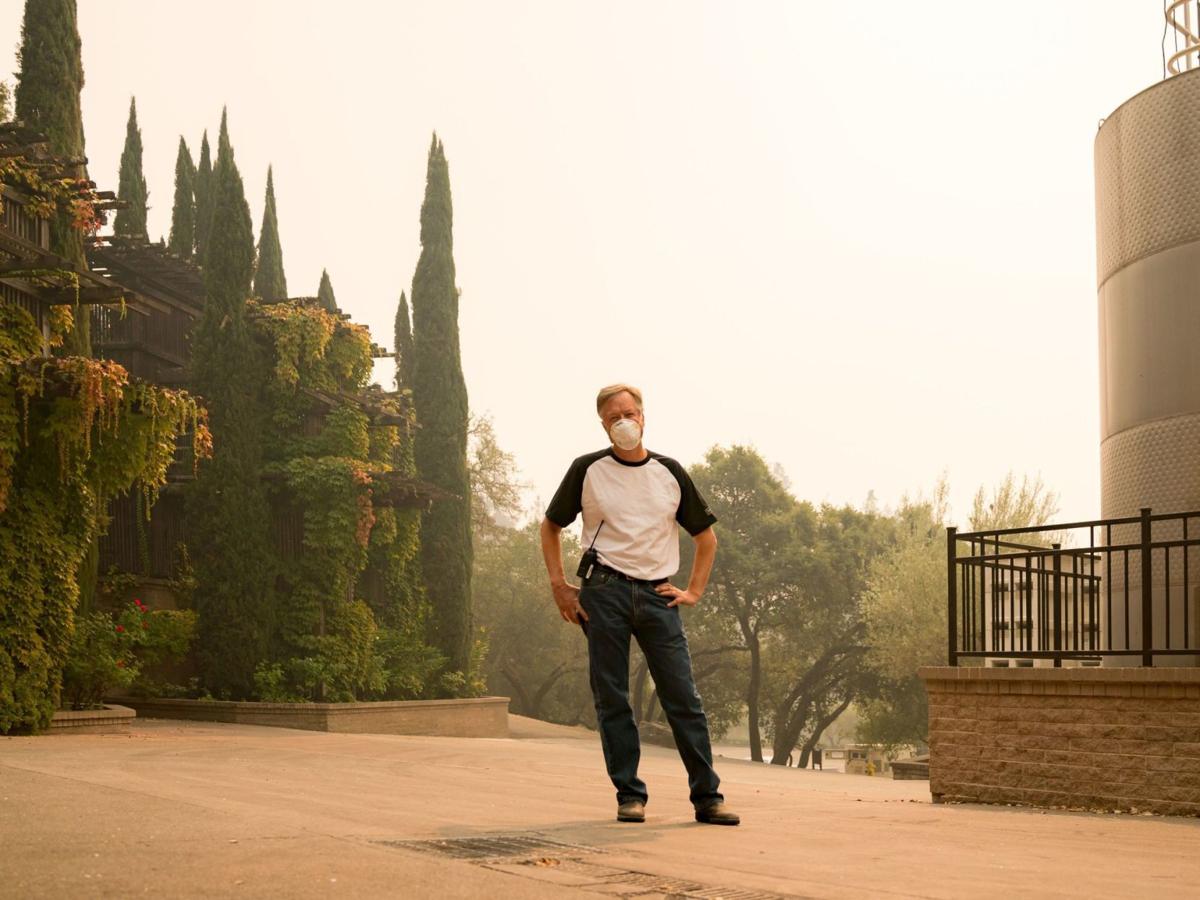 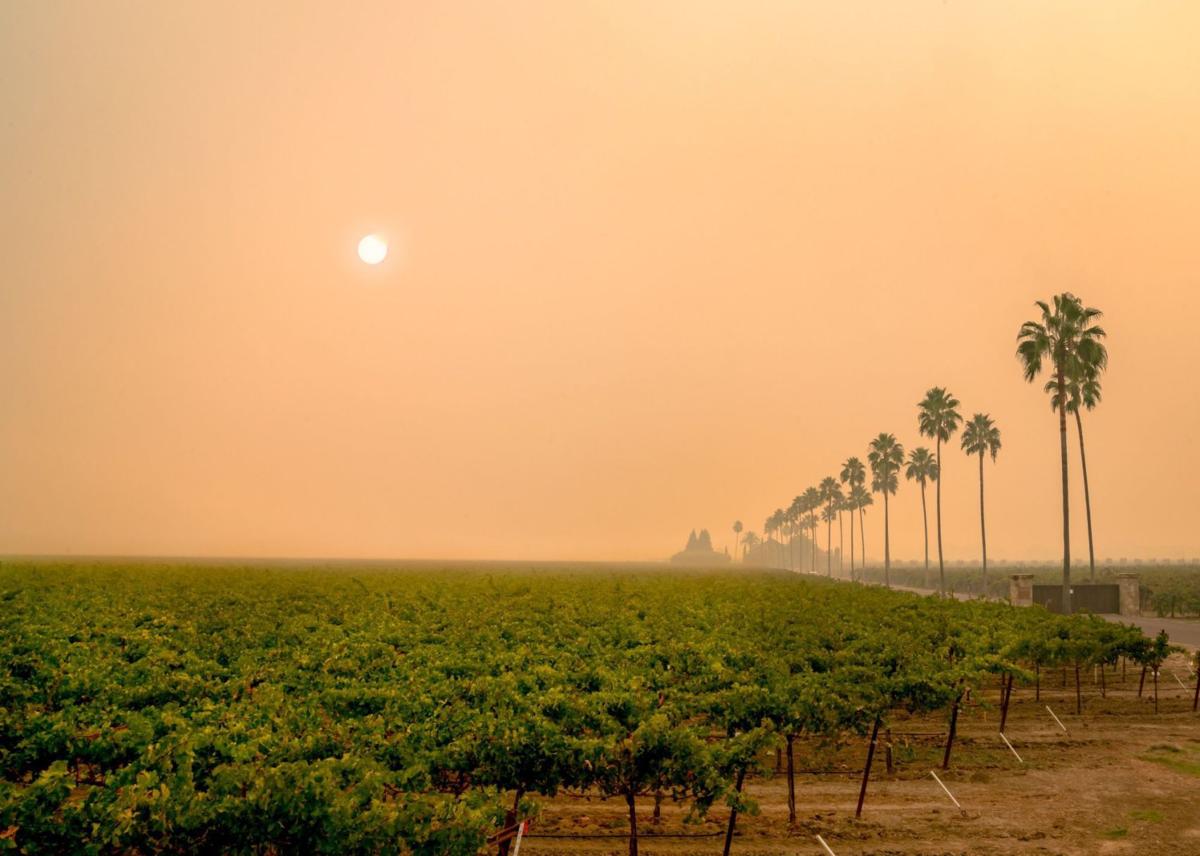 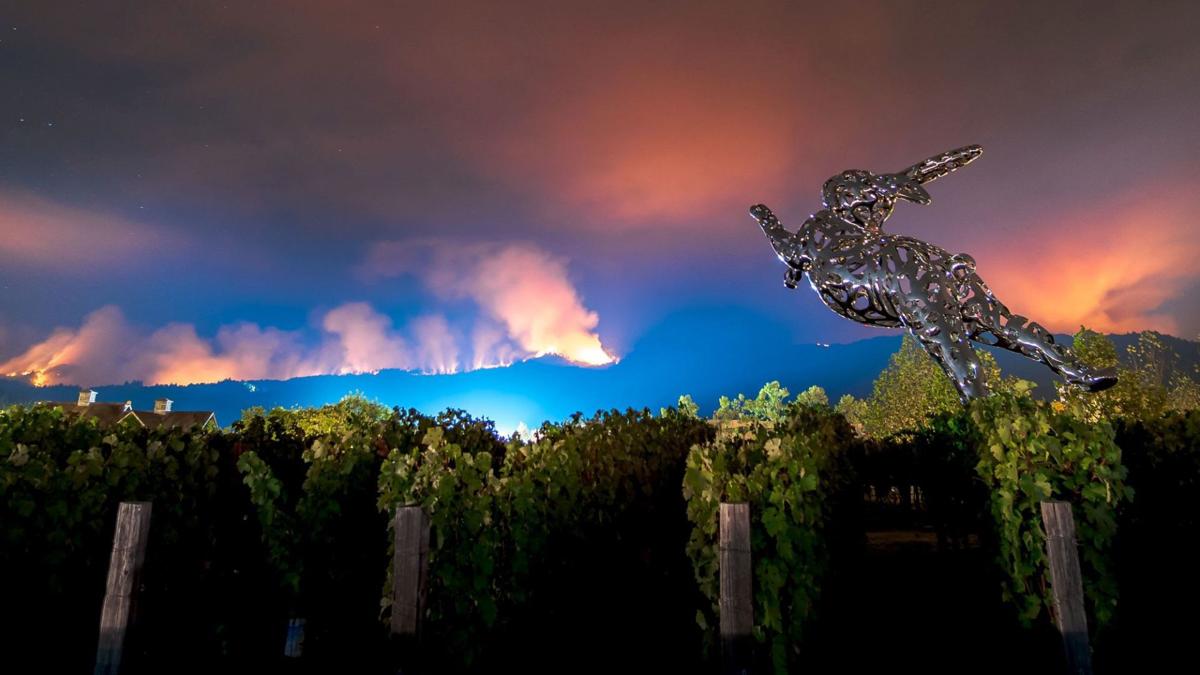 The wildfires that erupted throughout the North Bay, including Napa and surrounding counties, on Sunday, Oct. 8, 2017 were unpredictable, terrifying and horrific.

“The gale-force winds drove the fires forward with unbelievable speed, incinerating neighborhoods in minutes and sending residents fleeing for their lives,” writes Sean Scully, editor of the Napa Valley Register, of the fires that started one year ago Monday. “That night marked the beginning of the most expensive and deadly complex of wildfires in state history. It included the Tubbs Fire, which started in Napa County but burned into nearby Sonoma County, where it destroyed more than 5,000 homes and businesses and killed 23 people.”

The four fires that erupted in Napa County – the Tubbs, Atlas, Partrick and Nuns fires — destroyed 600 homes and killed seven people, including a firefighter who died in a related accident, Scully writes.

The stories of the wildland fires are told through the pages of the Napa Valley Register.

On Monday, Oct. 9, Gov. Jerry Brown declared a state of emergency as the wildfires in Napa County burned 53,000 acres, cut power to 25,000 people, forced hundreds of people to evacuate and destroyed dozens of homes in the Atlas Peak and Silverado Country Club area, east of Napa. The fires began just hours after the PGA Tour’s Safeway Open drew to a close.

Shawn Sullivan was sitting in a “borrowed” golf cart on Monday morning, a day after he had volunteered at the golf tournament. He is a member of the country club and has a condo there, where he lives part-time and stayed on Sunday night.

“I’ve never been in a wildfire before in my life,” said the Connecticut man. “You see ’em on TV back East … but don’t realize the quickness of how these things spread.”

He added, “It was pretty scary. When it started coming down over the mountain at maybe one in the morning, all these really expensive homes along West Gate Drive started to get engulfed in flames. I’ve never seen anything like it in my life.”

Some 300 people evacuated to Napa’s CrossWalk Church, including Peter Gennet, who told his story at 3:45 a.m. Monday. The Gennets were asleep when they received a phone call, but Peter hung up because he thought it was someone asking for money for the fire department. A second call came and they were told to evacuate.

The headlines tell of the continuing disaster, including the evacuation of Mount Veeder residents, multiple wineries reporting damage to both buildings and vineyards, and 125 homes destroyed on Atlas Peak, including the home of Sara and Charles Rippey, who died in the blaze. Months before the fire, the couple had celebrated their 75th wedding anniversary. Sara, who was 99, and Charles, 100, were unable to escape their home on Sunday night.

While most of Napa County residents were safe from the fires, air quality from the smoke caused regional air quality regulators to tell people to stay indoors as much as possible. Local pollutant levels were as severe as ever measured in the region.

The Tubbs fire caused extensive damage in the hills around Calistoga early Monday, destroying homes, a winery and a historic resort off Petrified Forest Road and Highway 128 into Knights Valley. No damage was reported in the City of Calistoga.

After wildfires edged closer to the Veterans Home of California in Yountville on Tuesday night, officials began a total evacuation of residents and staff – only to have most of them brought back within hours.

In the predawn on Wednesday, Oct. 11, officials issued a mandatory evacuation for nearly half of Calistoga, only to include the entire town later in the day.

Many of those fled to a shelter established at Napa Valley College, including 19-year-old Mariano Guzman, who said leaving Calistoga was “insane.” Although he had arrived at the Napa shelter in the middle of the night, Guzman said he hardly slept. “Some people were freaking out because who wouldn’t be in this situation?” he asked. “We don’t know anything about what’s going on in Calistoga.”

Along with people, animals were evacuated from the path of the wildfires and some ended up at Vintage Farm, a 10-acre farm in north Napa that is used to teach Vintage High School students about animal husbandry.

Additionally, dozens of horse owners and lovers helped relocate about 170 horses from a Napa barn and temporary animal shelter. The horses had arrived Sunday and Monday, but when smoke continued to blanket the Napa Valley, the decision was made to move the horses again, to ranches near the coast and to the Solano County Fairgrounds.

As if the Atlas, Partrick and Tubbs fires weren’t bad enough, the fourth fire, the Nuns fire, crossed into Napa Country from Sonoma County and threatened the rural Mount Veeder area. It had burned 7,626 acres and was 2 percent contained.

Calistoga city officials, including Mayor Chris Canning, warned any remaining residents to evacuate. Canning said those remaining in Calistoga would distract first responders, and added, “You will not be given life safety support at this point. You are on your own.”

Progress on battling the wildfires was slow, and combined the four fires had burned nearly 100,000 acres and destroyed 767 structures in Napa, Sonoma and Solano counties.

The Napa Valley Vintners, a trade group, reported that 160 of its 500 members had checked in and reported five physical wineries suffered severe losses and 11 others sustained damage to their vineyards, wineries or other buildings.

The Atlas Fire had burned 44,000 acres and was 27 percent contained as Sheriff John Robertson announced two more deaths – 89-year-old Dr. George Chaney and Edward Stone, 79 – were linked to the fire.

After being evacuated on Sunday night, Silverado Resort neighborhood residents, including Mel Preimesberger, were allowed to return on Friday. When she saw an ivory-colored statue of St. Francis of Assisi standing amidst four stories of rubble at the top of a hill overlooking Frontage Road in Napa, she said she “knew that God was watching us.”

The Preimesbergers’ home on Castle Oaks Drive was demolished, but she said, “We’re just blessed that my husband got out alive and I’m not down at Tulocay (Cemetery).” Her husband, David, was at home and asleep when the fire began raging up the hill toward their home. Their dog woke him up and added, “He had three minutes to get out.”

A week after the wildfires began, state Sen. Bill Dodd (D-Napa) said the county is no stranger to natural disasters, including fires, floods and earthquakes. “But this one has significantly impacted more people than any of those, probably all put together.” He predicted the Napa and Sonoma fires “will go down as one of the largest natural disasters in the state of California history – not just this year, (but in) the history of the state of California.”

Although red flag warnings and wind advisories remained in effect, the shifting winds helped Napa County and hurt Sonoma County. Napa County Sheriff John Robertson reported two more bodies were found on Atlas Peak even as massive numbers of firefighters were getting a handle on the blazes.

After days of thick, choking smoke over the Napa Valley, Sunday dawned blue and clear with increasing containment on the fires. On Sunday afternoon, Calistoga residents were allowed to return home.

Also on Sunday, a group of local chefs, along with Justin-Siena High School, put on a feast for first responders, along with messages of thanks from local children.

A one-stop disaster center opened in Napa – jammed with providers who offered all kinds of services to Napa County wildfire victims.

Twelve months have passed, but the repercussions from the October fires have never been out of the news: Disaster relief efforts, Cal Fire investigations of causes, lawsuit against Pacific Gas & Electric, the start of rebuilding, revised emergency notification systems, legislation to help victims.

For most people, life has returned to normal, but not quite. When the winds blow over a parched landscape in the autumn of the year, people find themselves scanning the sky, sniffing the air. It’s a time to be on high alert.

Speakers will discuss the hard lessons learned and what’s changed in the ways that Napa County and its organizations now plan to prevent and respond to county-wide fire emergencies. Speakers include the principal Napa County leaders of fire, police and citizen fire prevention agencies. Presentations will total one hour and close with a 15-minute question-and-answer period. The moderator will be the local NCGJA Chapter president, Charles Koch.

- Calistoga: A remembrance ceremony will be held to honor those impacted by the Tubbs Fire, from 5:30-7:30 p.m., Tuesday, Oct. 9 at the Calistoga Community Center, 1307 Washington St. Hear a legislative update about fire prevention and preparedness.

Napa County and the city of Napa, along with seven other counties and cities, announced Tuesday that they and PG&E have accepted a mediato…