May ordinarily marks the beginning of Napa Valley’s peak visitor season, the time when over 125 hotels, 400 wineries and 150 restaurants open their doors to most of the approximately 3.8 million people who visit every year.

But in the wake of COVID-19 and global shelter-in-place orders, Napa shouldn’t expect to see a real bounce back in tourism until 2021, research conducted by Visit Napa Valley reveals. That means the likelihood of significant economic recovery remains a goal best suited for the long-term.

The county anticipates a 70% drop in revenue from tourist-based taxes next fiscal year due to the steep decline in tourism as coronavirus fears have ground travel to a screeching halt. The city of Napa can anticipate similarly severe drop-offs, according to the tourism agency’s estimates.

Linsey Gallagher, president and CEO of Visit Napa Valley, delivered the news to the Napa City Council recently, preparing them for the echoing financial impact of the virus for months to come.

“There will be pent-up demand and people will return,” she said, but she asked council members to “manage their expectations” for revenue projections.

Her report showed a widespread unwillingness to travel for pleasure in the summer months, with some small increases in the fall.

The city of Napa is dependent on travel and tourism to undergird its economy. Finance Director Bret Prebula forecasts a $15 million drop-off in projected revenue from transient occupancy tax paid by hotel guests and a $5 million reduction in projected sales tax revenue, which may result in employee layoffs.

Gallagher’s sobering report was peppered with some optimism.

“I’m confident once consumers and travelers are comfortable again, they’ll choose Napa,” she said, adding the “iconic and aspirational” reputation of the area and its commitment to “over-delivering” on cleanliness and hospitality give it an advantage against other tourist-dependent locations.

Her sentiments have been echoed by city staff and City Council members, including longtime mayor Jill Techel, who called the figures “scary” but expressed confidence in Visit Napa Valley’s partnerships with local businesses and other industry partners.

The city’s long endured a debate between some residents regarding the role that tourism should play in the daily life of locals and whether City Council caters enough to full-time residents.

Gallagher said locals benefit from a thriving tourist economy, specifically from visitors who spend the night. “Hotel guests play a vital role in the economic engine of this economy,” she said.

Visitors spent approximately $2.23 billion in 2018 in the valley’s local businesses. Their activities generated $85 million in tax revenue and helped to employ 16,000 people, making it the region’s second largest employer.

“My hope is that we will be able to return to a similar point in the not so distant future,” Gallagher said.

Data from a nationwide survey conducted by travel research firm Destination Analysts provided larger context within Gallagher’s presentation. It found 70% of respondents said they missed travel, but nearly half said they’d “get back in, but carefully.”

A common refrain from respondents was travelers’ desire to move by car as opposed to commercial airline. While far more people were prepared to wait until 2021 to travel by plane, about 48% of individuals were ready to take a road trip between June and September.

These findings prompt a stark marketing shift on behalf of Napa’s strongest tourism players, Gallagher said. She outlined a three-stage marketing strategy that mirrors the recovery process. Specifically, Gallagher focused on two marketing campaigns slated to launch between now and year’s end that she believes will generate renewed interest in Napa’s offerings.

The first, Napa Valley Spirit, rolled out on June 1 in partnership with the Napa Valley Vintners. It will encourage locals to “dine, shop, sip and stay” by sponsoring promotions at various small businesses in the area as they slowly re-open.

The second, Better With Time, will target those who can drive to Napa, ideally attracting visitors from the Bay Area and the rest of Northern California.

Gallagher emphasized the importance of taking a comprehensive approach to regaining travelers’ trust and establishing confidence that a visit to Napa will be safe, hygienic and clean. She called on all businesses to avoid shortcuts, especially hotels, which she said must be “meticulously consistent” in their procedures, and said collective action will be critical to a sustainable economic reboot.

“We can’t have anybody get it wrong because we have a lot at stake if we do,” she said.

Drawing upon a background in theatrical design, Geoffrey Curley is using his digital skills to bring Napa wineries to consumers stuck at home.

The City of St. Helena could start extending interest-free loans to struggling businesses as soon as June 10.

City officials to show five-year plan for Napa's finances in the wake of the coronavirus.

Road to Napa’s economic recovery will be long, officials project

Star columnist Richard A. Moran has written a book about President Donald Trump

Napa expects to scrape by this coming fiscal year, leaving vacancies empty but no lay-offs.

Napa will survey city residents on whether they would support a higher sales tax to maintain threatened services.

Napa Valley prioritizes safety and staycations as it reopens to visitors

Market has opened a pop-up barbecue restaurant in the parking lot of the former St. Helena Catholic School at 1255 Oak Ave. 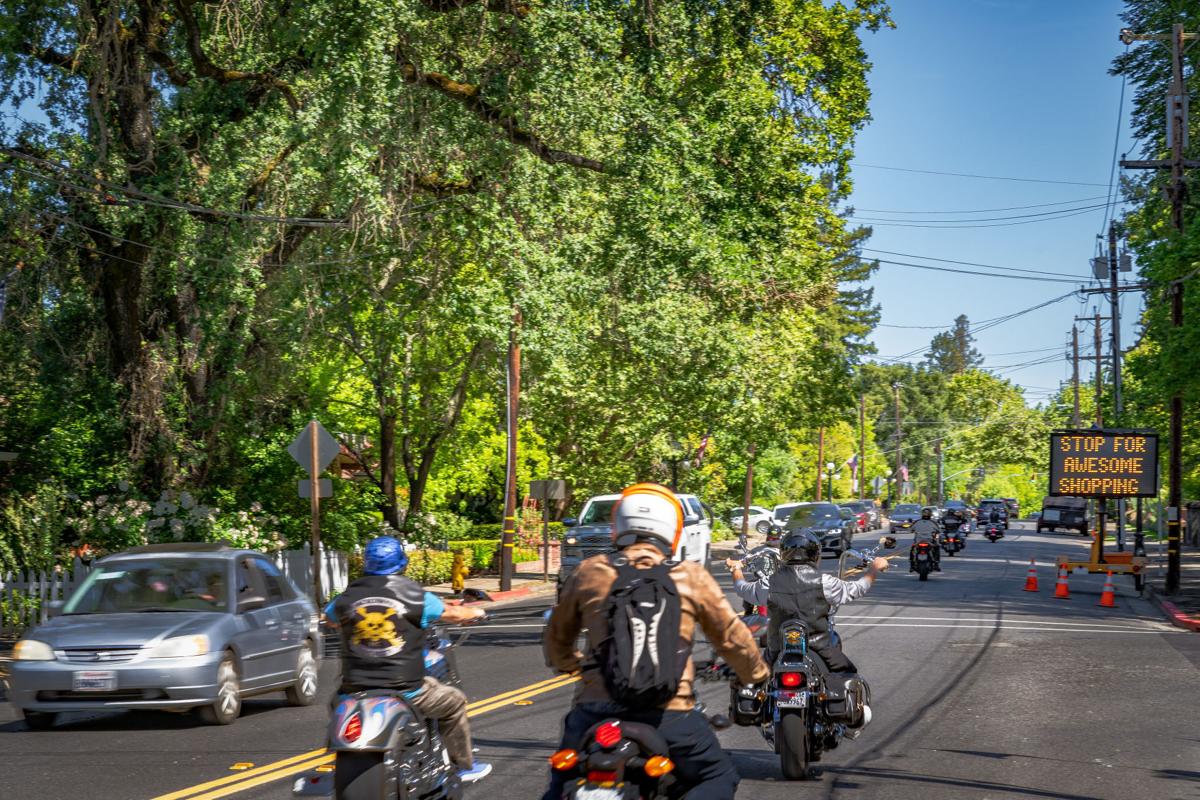 Motorcyclists coming into St. Helena on Memorial Day weekend were greeted with a message board promoting "awesome shopping." The county's tourism economy won't fully rebound this year, according to Visit Napa Valley. 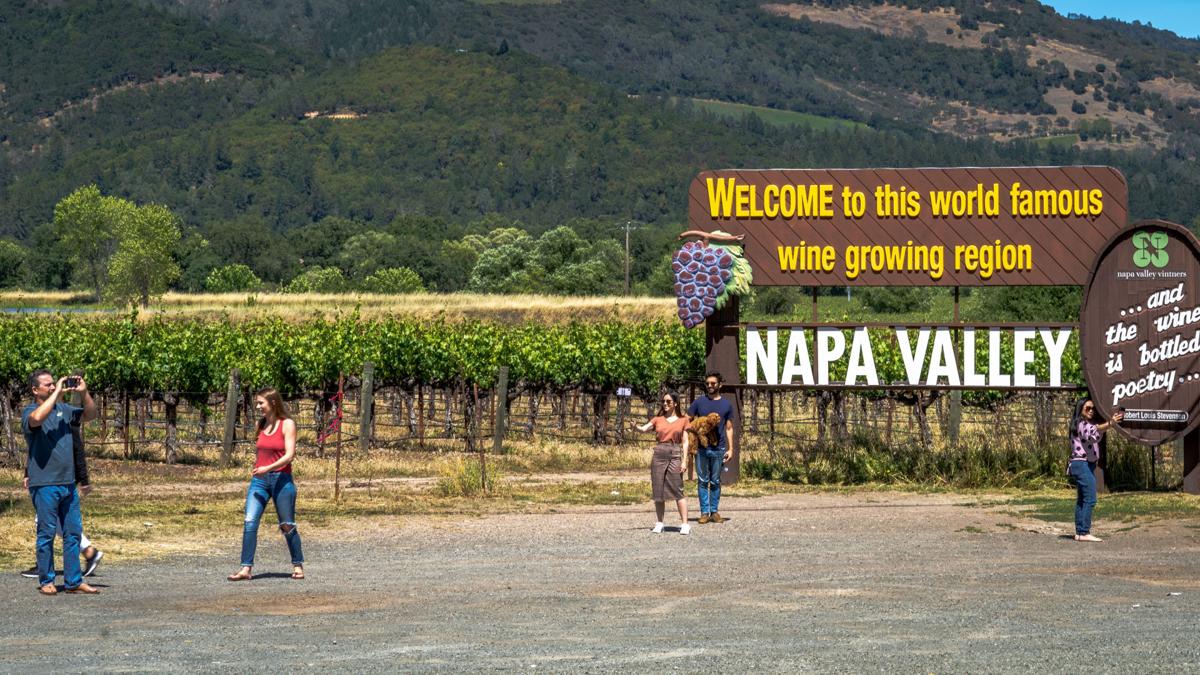