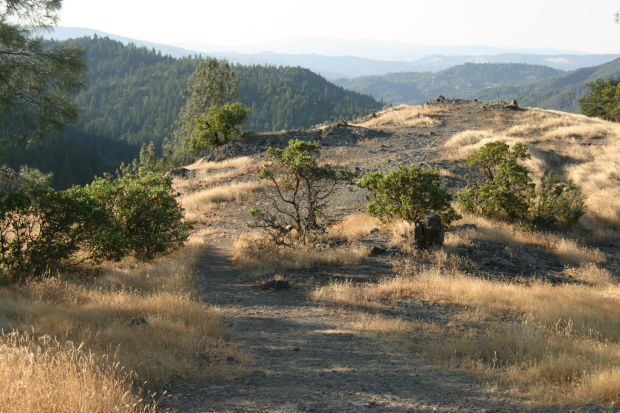 The Land Trust of Napa County has helped establish the Palisades Trail and reopen the Oat Hill Mine Trail in the Robert Louis Stevenson State Park. 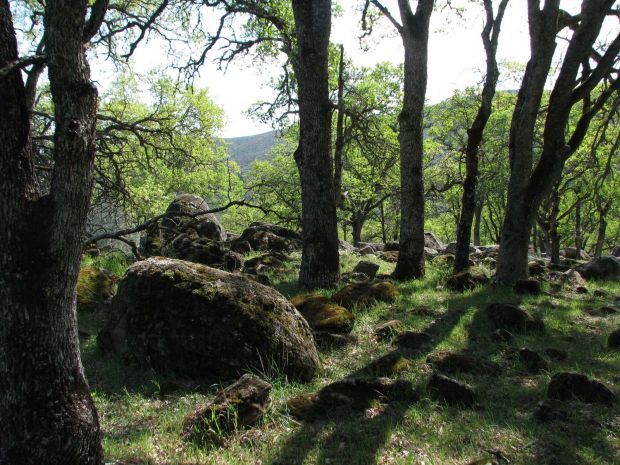 The Knoxville Wildlife Area is open to the public for seasonal hiking.

The Land Trust of Napa County’s mission is to preserve the character of Napa by permanently protecting land. We accomplish this by working with our community to protect agricultural land, water resources, scenic open space and biodiverse lands.

In our 39-year history, the Land Trust has protected 55,000 acres of land throughout Napa County — about 10 percent of Napa. In addition to completing 136 conservation easements with private landowners across the county, the Land Trust has assisted cities and other agencies to protect land for public use.

In partnership with these state and local agencies, the Land Trust has preserved more than 26,000 acres of beautiful open space, which are now public parks and recreational areas. These properties include Alston Park and Trancas Crossing Park, both owned by the city of Napa; large sections of Robert Louis Stevenson State Park; an addition to Bothe-Napa Valley State Park; several areas owned by the California Department of Fish and Wildlife; and Newell Open Space Preserve, owned by the city of American Canyon.

Highlights of partnership projects that are open for public use and enjoyment include:

— Alston Park: 158 acres in the unobstructed rolling hills of northwest Napa. The open-space park, owned by the city of Napa, was made public in 1991. Alston Park has 3 miles of meandering trails that are open to equestrians, mountain bikers, hikers and dog walkers. Redwood Creek, a tributary of the Napa River, forms the park’s western boundary. Trails climb to the upper area known as Canine Commons, a popular off-leash dog area. The Land Trust of Napa County holds a Conservation Easement on this beautiful park that retains the open space in perpetuity.

— Berryessa Vista: 224 acres of oak forests, chaparral and grasslands on the shore of Lake Berryessa. Dr. Dwight and Jan Murray, Dr. Howard Way and Dr. Paul White donated this property in 2003 to the Land Trust. The property was transferred to the Napa County Parks and Open Space District in 2008 for use as a public park/recreation area. The Land Trust retains a conservation easement.

— Hunts Grove Park: A half-acre parcel transferred to the city of St. Helena as a city park.

— Knoxville Wildlife Area: 21,153 acres of open space, wildlife habitat and watershed lands were transferred to the state Department of Fish and Wildlife through three individual transactions facilitated by the Land Trust between 2000-2008. This land is open to the public for seasonal hiking.

— Robert Louis Stevenson State Park additions: Through a series of generous grants and donations (including Montesol–Livermore, Schwartz Canyon, Sutro-Surber, Patten-St. Helena Mine, and Conley), the Land Trust played a key role in establishing the Palisades Trail and reopening Oat Hill Mine Trail as premier public hiking destinations through the acquisition and transfer of more than 1,710 acres to the Robert Louis Stevenson State Park in Calistoga. These lands also provide the stunning backdrop to northern Napa Valley views.

— Trancas Crossing Park: Located in north Napa, this 33-acre property was donated to the Land Trust by Johnny Miller. After applying a conservation easement, the property was then transferred to the city of Napa for a future public park and northern terminus of the Napa River Trail.

For additional information about the Land Trust, visit our website at www.napalandtrust.org.

Lena Septimo is the land project manager for Land Trust of Napa County.

Lena Septimo is the land project manager for Land Trust of Napa County.

The Land Trust of Napa County has helped establish the Palisades Trail and reopen the Oat Hill Mine Trail in the Robert Louis Stevenson State Park.

The Knoxville Wildlife Area is open to the public for seasonal hiking.