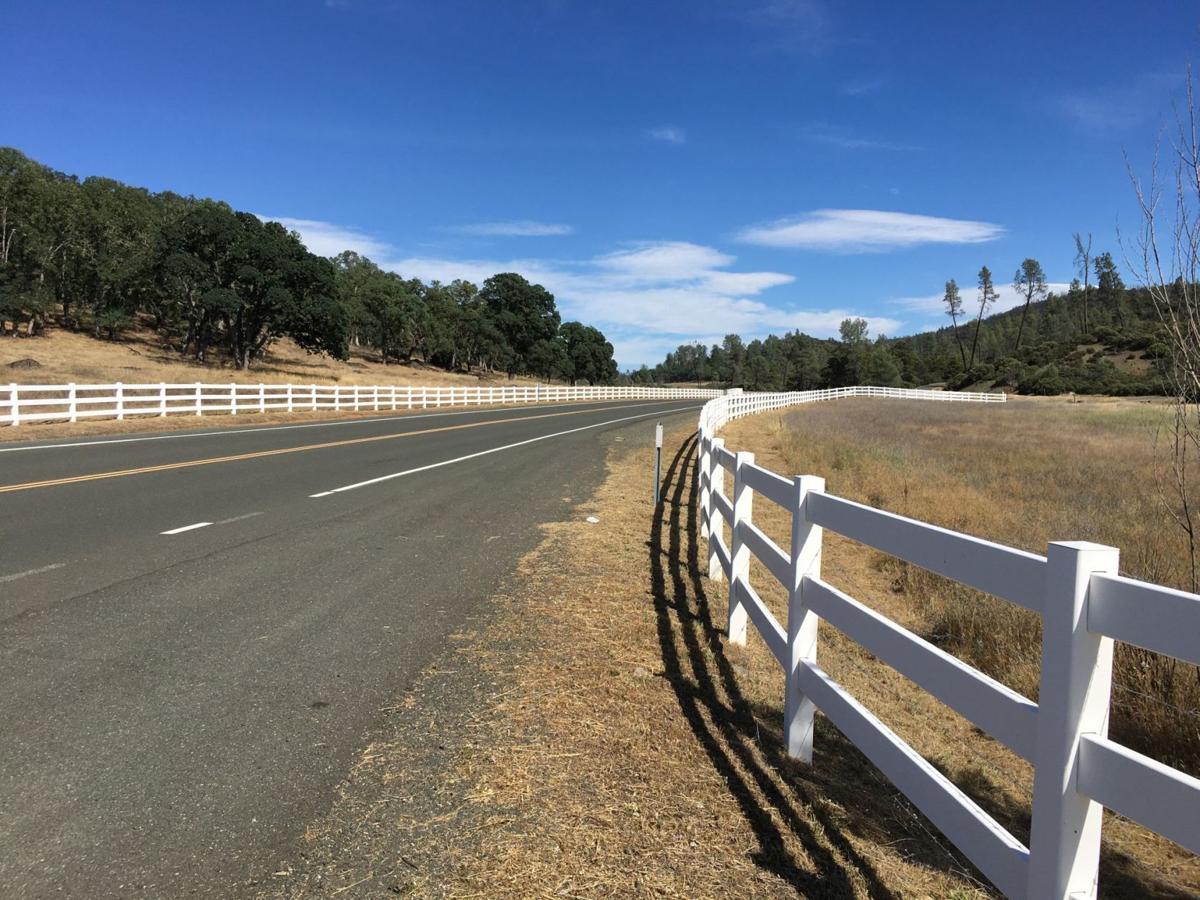 A development company, Lotusland Investment Group, with offices in San Francisco and Hong Kong, is planning to develop 16,000 acres, part of the Guenoc Ranch property, on Butts Canyon Road in southeastern Lake County. 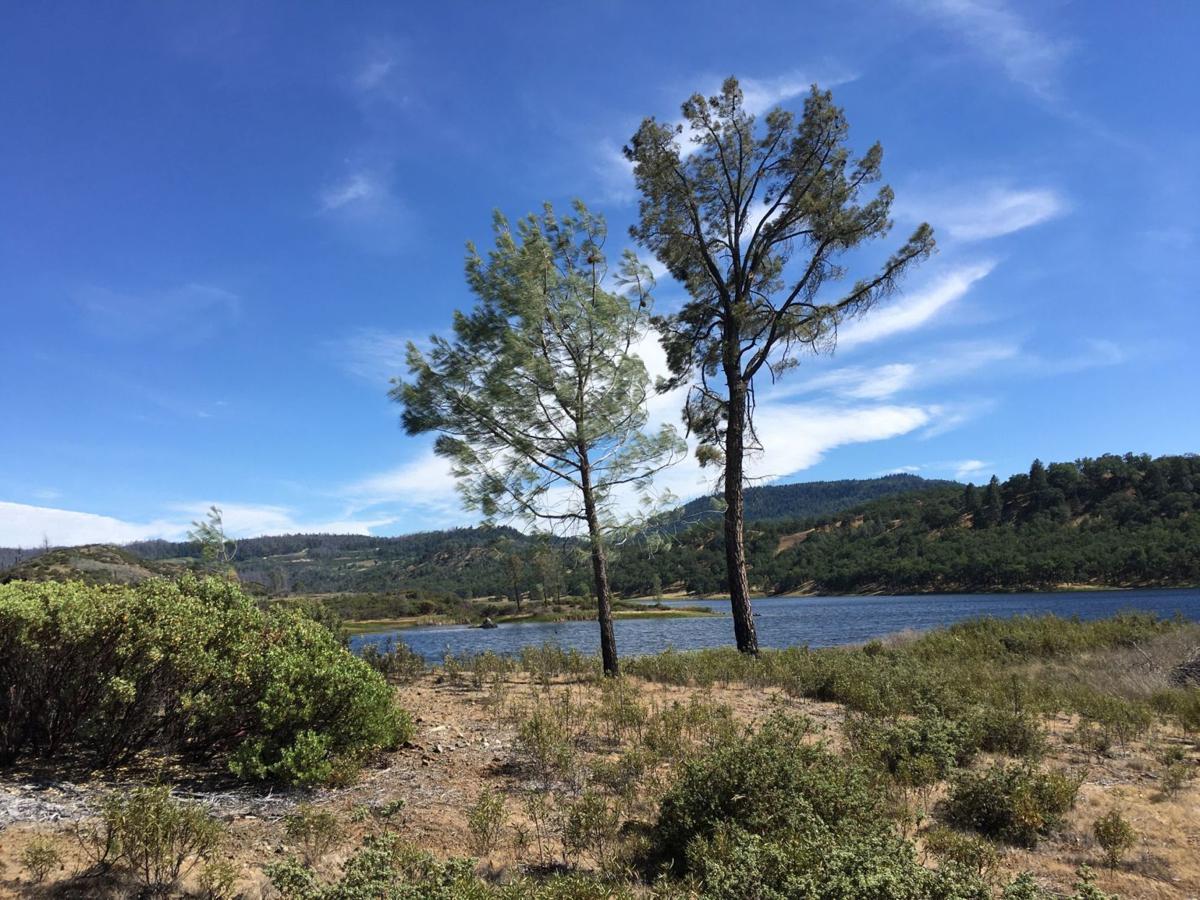 One of the main water sources on the Guenoc Ranch property is Detert reservoir on Butts Canyon Road in southern Lake County.

A massive resort development, the Guenoc Valley Mixed Use Project, is the subject of a second public hearing at 10:30 a.m. Tuesday, July 21, before the Lake County Board of Supervisors.

The project, Maha Guenoc Valley, covers 16,000 acres or about 25 square miles in southeastern Lake County, some 24 miles and 40 minutes from Calistoga. It includes the resort on the Guenoc Ranch property, 100 units of workforce housing on a 12.75-acre parcel in Middletown and a 37-acre well site at the junction of Highway 29 and Butts Canyon Road.

According to presentations made at a July 7 Lake County Board of Supervisors’ hearing, the first phase of the project will include:

At that July 7 meeting, the five members of the board voted unanimously to continue the meeting to July 21, so the project’s Environmental Impact Report consultant, Ryan Sawyer, vice president of Analytical Environmental Services of Sacramento, can answer two lengthy letters that were received on July 6.

One of those letters was from the California Attorney General Xavier Becerra; the other was from the Center for Biological Diversity. Patrick Sullivan representing that group said it had concerns about wildfires in the area and the project’s impacts on wildlife and habitat and “its significant increase in vehicle traffic and greenhouse gas emissions.”

Peter Broderick, an attorney for the group, said, “The board should prioritize the well-being and safety of Lake County residents and deny the project once and for all. This massive luxury resort for the super-rich will have drastic impacts on the area’s wildlife, habitat and oak woodlands. The location has been hit by wildfire repeatedly in the past five years, but the developer didn’t even bother to prepare a wildfire evacuation plan.”

Kirsty Shelton, Entitlement and Planning manager for Maha, spoke at both the July 7 board of supervisors’ meeting and the Middletown Area Town Hall (MATH) meeting two days later. She said she has been working with the county on this project for the past three years. Shelton has described Guenoc Valley as a diverse landscape with elevations from 800 feet to 2,000 feet. For the past few hundred years, the land was used for grazing, she added.

The project is described as high-quality agritourism, with low-density residential and preserved open space. In fact, the 401 residential estate villas, ranging in size from two to 500 acres, will be just two units per 10 acres.

The plans before the Lake County Board of Supervisors are for the first of five phases of Maha Guenoc Valley; with estimates it will take 10 years to build out the first phase.

Maha Guenoc Valley has Napa County ties. Howard Backen of Backen, Gillam & Kroeger of Napa, will design the Maha Farm Community, which includes a winery, hilltop hotel, community clubhouse, resort, farmers’ market, post office and a water feature. Courtenay Bauer, principal with Verse Design LA, who works with the applicant, Lotusland, said it is the largest part and most dense part of the development and nearest to Butts Canyon Road.

St. Helena attorney Kay Philippakis of Farella, Braun & Martel LLP also spoke during the June 7 hearing, saying she has worked on the application for a couple of years, although she has been involved with the property for 18 years, when the late Orville Magoon and his family owned it and ran the historic property once owned by British-American socialite and actress Lillie Langtry (1853-1929.)

Developer and partner Jonathan Breene also spoke at the meeting, saying he first looked at the project in 2012 and with Adrian Zecha was part of a group that bought the land in 2016. In a video, Zecha said Guenoc Valley was the biggest piece of land he’d ever worked with, and the goal of the project is to keep the beauty of the land. He added he’ll never again do a project like Maha Guenoc Valley.

According to Latife Hayson, real estate sales associate with Compass, the project is $5 billion in initial investment.

Watch now: Looking to invest? These 9 sectors might be a good place to start

News from the Star in 1888: Lillie Langtry visits St. Helena

On March 19 in Santa Barbara, Orville Tyler Magoon passed away surrounded by his wife, Karen, and children. He was 87. Mr. Magoon was a native…

With temperatures in the triple digits, it's time to forget the oven and open the refrigerator ... for some chilled soups.

A development company, Lotusland Investment Group, with offices in San Francisco and Hong Kong, is planning to develop 16,000 acres, part of the Guenoc Ranch property, on Butts Canyon Road in southeastern Lake County.

One of the main water sources on the Guenoc Ranch property is Detert reservoir on Butts Canyon Road in southern Lake County.