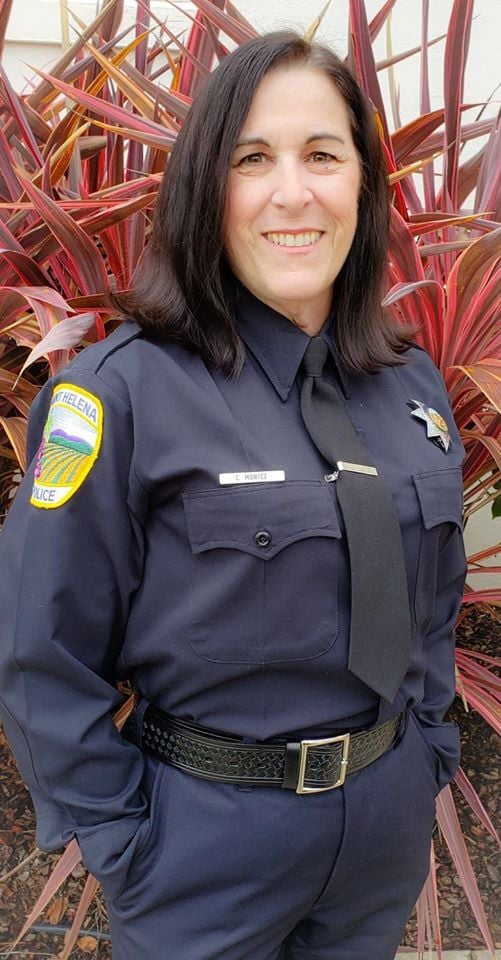 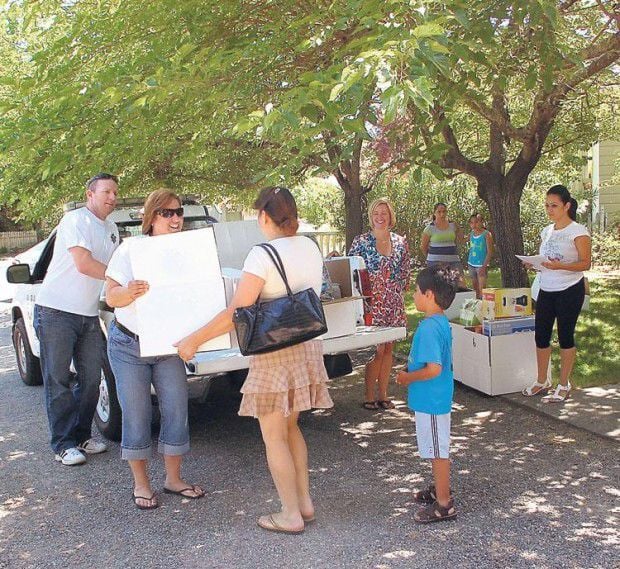 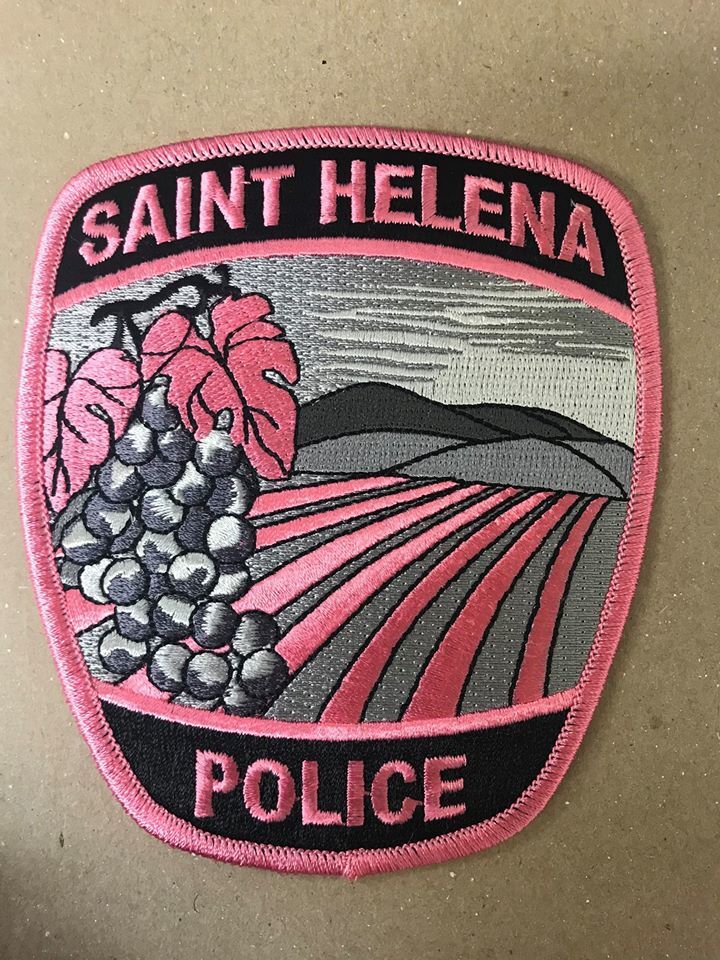 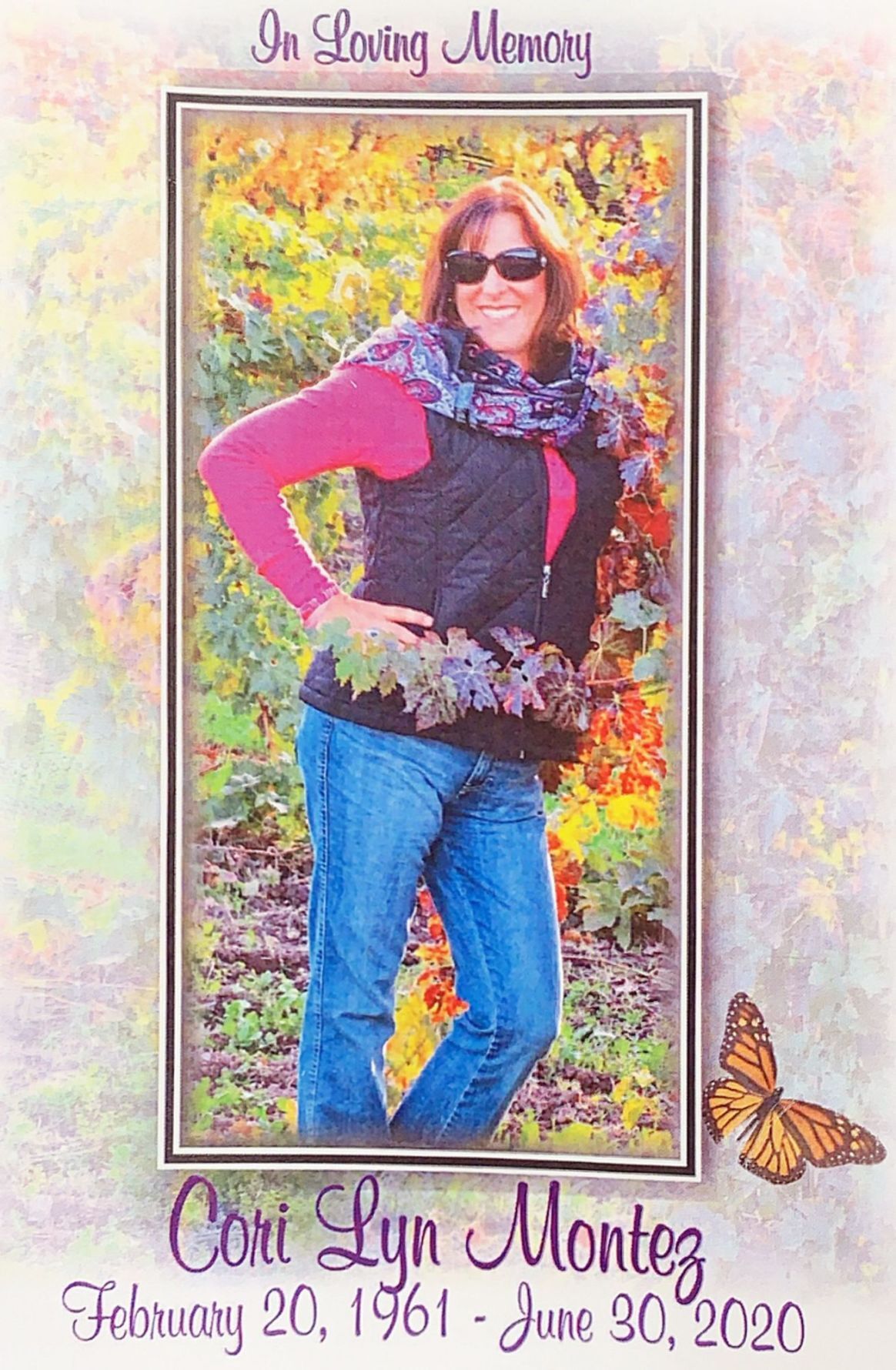 Cori Montez died June 30 after a long battle with cancer.

Family, friends and colleagues are mourning the death of Cori Montez, a longtime community service officer at the St. Helena Police Department, who died June 30 after fighting cancer for almost nine years. She was 59.

“She’s the strongest woman I’ve ever known, by far,” said her close friend Marianne Brooks. “She had a zest for life.”

A Colusa native, Montez applied for the St. Helena Police Department’s first community service officer (CSO) position in early 1988. Bert Johansson, the then-sergeant who conducted her background check, said several people told him the department “would be crazy not to hire Cori.”

“They were right, Cori was an extraordinary person who consistently went above and beyond,” said Johansson, who went on to serve as police chief and then city manager. “Cori always had a smile, could interact with anyone and loved life.”

Law enforcement shift schedules can be erratic, and retired Sergeant Matt Talbott remembers always feeling a rush of pleasure when he would arrive at work and see that Montez was on duty.

“It was really fun working with Cori,” Talbott said. “I enjoyed her company and her conversation. She was a good person. We had a lot of laughs.”

Talbott joined the department just weeks after Montez was hired. One of his first assignments was to call a sheriff’s office in Nevada and get a copy of a police report. He was so new that he didn’t know the police department’s mailing address, so he asked the first person who walked by, who was Montez. She was so new that she didn’t know either. The Nevada cops on the other end of the line got so suspicious that they asked for an official teletype to make sure they weren’t being pranked.

Early hiccups aside, Talbott and Montez quickly settled into their jobs. As a CSO, Montez was responsible for parking enforcement, dealing with abandoned vehicles, odd jobs like transporting evidence to Napa, and filling in on dispatch, where colleagues praised her clear, precise enunciation and ability to gather information from callers.

“She was one of the best dispatchers I’ve ever worked with,” said former officer Mike Parsons. “She was very fast-thinking.”

“Cori would ask the right questions, which is what you want from every dispatcher,” Talbott said. “When they give you an assignment, you want them to have all the information you need. She was always good at that. And she was personable and easy to talk to, so she was able to get information out of people pretty readily.”

Sometimes her natural curiosity got the better of her. Back when the department would get its film developed at Vasconi’s, she would snoop through the photos and occasionally run across a grisly crime scene or autopsy photo, Talbott said. She’d be distressed, but it wouldn’t stop her from peeking at the next photos that came in.

Montez’ curiosity went well beyond her official duties, and she couldn’t resist a piece of juicy gossip. One day she noticed that now-Lieutenant Justin Tharp wasn’t wearing his wedding ring, and she couldn’t help but ask him about it. Sure enough, he was getting a divorce.

“Nothing got by her. She was very astute,” Tharp said. “She was a great, great co-worker, one that I’ll never forget.”

When Parsons’ 4-year-old daughter was diagnosed with cancer, Montez helped organize a lavish fundraiser at the St. Helena Catholic School in June 1997 with clowns, dunk tank, cakewalk and magic shows, followed by a dinner and auction at the Native Sons Hall that drew 400 people.

“It turned into this amazing community event,” Parsons said, with participation from the St. Helena police and fire departments, Calistoga Police Department and California Highway Patrol.

“Cori was a force of nature, the kind of person you’d always want to be around,” Parsons said. “When I would come into work and see Cori, it would brighten up my day.”

Deer on the loose

Montez loved to throw parties, which made her an ideal ambassador for the department at open houses and community events.

“What started as just a table with pamphlets grew to several tables, a canopy completed with streamers, balloons, flyers, junior police stickers and games,” Johansson said. “Anything to get the children’s attention, which led to safety discussions with the parents, including proper child seat installations.”

Laurie Furlani was hired as a CSO one year after Montez. When she was interviewing for the job, Montez’ “fun personality” put her ease.

“We were the two part-time young moms with kids at home,” Furlani said. “For years it was The Cori and Laurie Show. She was always so fun and positive and bubbly. She made friends with everybody.”

Montez loved to tell stories, even at her own expense. Talbott remembers when police were tracking down a deer that had entered a classroom full of kids at RLS Middle School before heading downtown. Montez was walking down Church Street when the deer leapt out from behind a fence and startled her so much that she jumped into the air too.

“She always loved telling the story about how that deer had scared the crap out of her,” Talbott said.

“She was a great storyteller and could laugh at herself and her crazy antics,” said retired dispatcher Socorro DeLuna. “I will remember her laugh.”

‘She enjoyed every minute’

Montez was diagnosed with cancer in July 2011, Brooks recalled. Her coworkers rallied around her. Tharp designed a pink badge for officers to wear during October to honor Breast Cancer Awareness Month. The department still sells the pink badge, with proceeds going to charity.

Montez initially retired in 2013, but she continued to fill in occasionally when the department was short-handed – even during graveyard shifts.

“She was very enthusiastic about it, which kind of surprised me,” Talbott said. “But that’s how she was about most things.”

Once she finally retired for good, Montez spent time with her family, traveled, played Bunco and went to Disneyland and country music concerts. She never got around to learning fly-fishing as she’d always hoped, Brooks said, but she did “mark a lot of things off her bucket list.”

Toward the end of her life, Tharp passed on a message for her daughter to read to her: “Some people in our lives we don’t notice at all. Some people enter it and we notice while they’re there. And some people enter and leave a mark.”

“She’s one of those that left a mark,” Tharp said.

According to her obituary, Montez is survived by her husband Elfido, son Matthew, daughter Kaitlyn, mother Mary Lou Kittle, and brother Stephen Nicoletti.

A Celebration of Life is scheduled for Feb. 20, 2021, on what would have been her 60th birthday. Memorial contributions can be made to the Martin O’Neil Cancer Center at Adventist Health St. Helena, 10 Woodland Road, St. Helena 94574.

St. Helena police arrested a man Thursday after he allegedly assaulted his roommate.

"George Floyd did not need to die," St. Helena Police Chief Chris Hartley said in a statement over the weekend.

St. Helena is reviewing its police department's use of force policies.

St. Helena Police have eliminated “carotid control holds” from its handbook, effectively banning a tactic that’s come under heavy scrutiny across the U.S.

In responding to COVID-19 and Black Lives Matter, the department has shown an admirable ability to adapt and grow.

A modest proposal in haiku form

A haiku setting forth a modest proposal.

Many parents have experienced the painful moment when a child gets a finger pinched in a door. That moment came a few weeks ago for Fabio Maia…

Cori Montez died June 30 after a long battle with cancer.