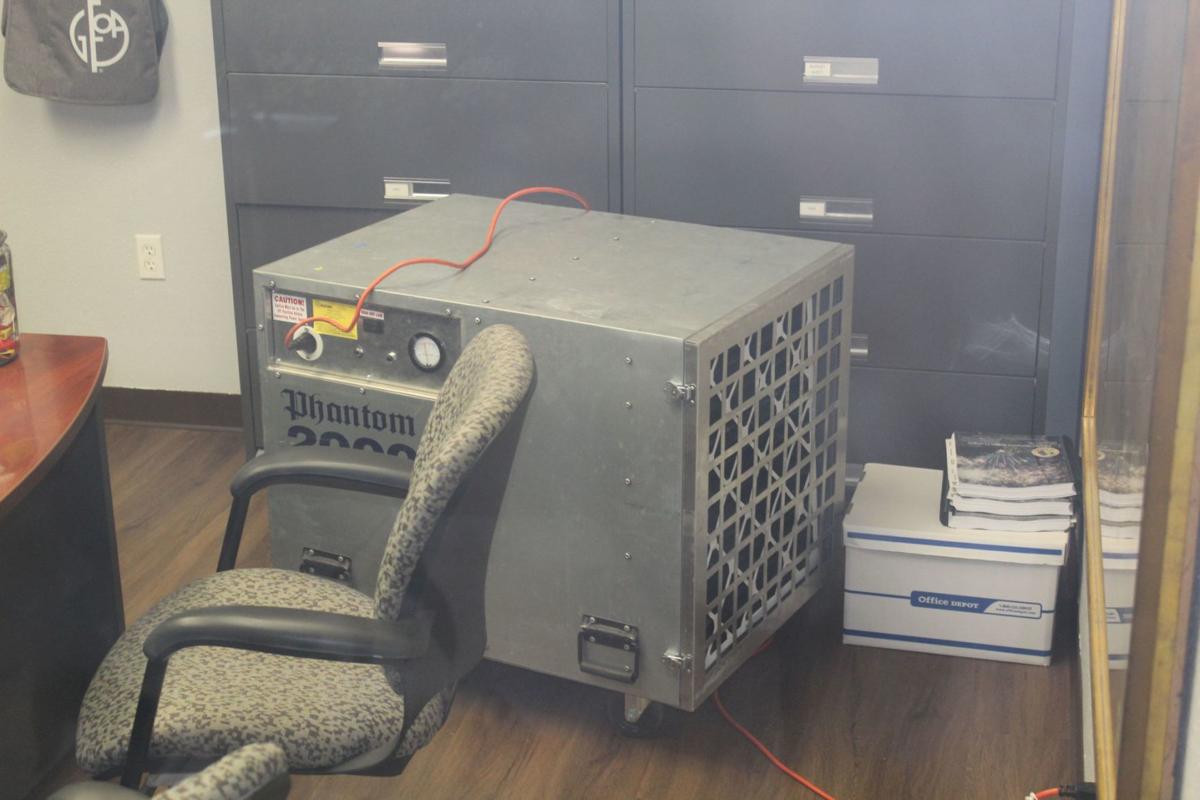 An air scrubber operates in one of the City Hall offices that was filled with smoke Wednesday night when an HVAC unit malfunctioned. 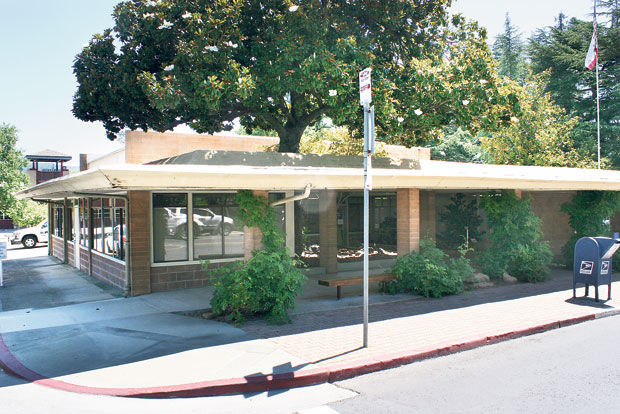 St. Helena City Hall, which also includes the police station, was built in 1955.

As of late Monday, there was still no word on when the Finance Department, Planning & Building Department, and City Clerk’s office would return to City Hall.

A malfunctioning heating unit caused smoke damage at around 10:30 p.m. on Dec. 18. Since then, the building has undergone smoke mitigation, air quality testing, and other remediation.

The incident, combined with a sanitary sewer overflow earlier in the year that closed City Hall for three days, make it “clear the current City Hall building is coming to the final stages of its useful life,” said Mayor Geoff Ellsworth.

“This is occurring while our decision making process for new City Hall site selection is entering final stages over the next four to five months,” he said.

The problem started when a blower in one of City Hall’s five HVAC units failed to activate, causing the system to overheat. Melting plastic produced heavy smoke that permeated the building.

The building’s smoke alarms didn’t go off for reasons that remain unclear, but Recreation Supervisor Stephanie Iacobacci noticed the smoke from Lyman Park and notified the fire department.

Firefighters got the situation under control, but they had to cut a hole in the ceiling and might have damaged some of the air ducts.

Air scrubbers were deployed Thursday and removed Monday. The building is being evaluated to determine the extent of the smoke damage. An asbestos test came back negative, but it might be necessary to replace damaged air ducts, ceiling tiles, insulation and drywall.

The closure affects the workstations of 15 employees, but some are on vacation for the holidays, City Manager Mark Prestwich told the City Council during an emergency meeting last Thursday. During remediation, eight employees are working out of the Railroad Avenue building, which already houses the Public Works Department. Two other staffers are working out of the firehouse.

The police station and other city buildings, including the St. Helena Public Library, remain open as usual.

Prestwich said staff considered permanently moving to other city buildings, but determined it would be best to return to City Hall as soon as the building is safe.

They decided that moving staff to the Carnegie Building would disrupt recreational programs. Taking over the entire CDF building isn’t feasible either because the north side of the building lacks adequate flooring, a wheelchair-accessible bathroom, and a working HVAC unit.

With some employees on vacation over the holidays, the south side of the building will be adequate to house the remaining staff in the short term.

“The current state of the existing City Hall building will be analyzed in terms of safety and functionality in as timely a manner as possible and decisions on an interim plan will be made at that point and with that information,” Ellsworth said in a statement released Friday.

The city’s insurance pool should cover the cost of repairs, Prestwich told the council. However, the city might have to pay all or part of a $10,000 deductible, and the claim might result in higher premiums in the future.

The city will post updates on the situation at cityofsthelena.org.

St. Helena is looking for local experts to evaluate how to fund new public buildings.

The St. Helena and Calistoga police departments are exploring a deeper shared-services partnership, as Calistoga struggles to fill vacant offi…

It is time for the St. Helena City Council to make a decision on the replacement of City Hall ... not to delay again.

St. Helena City Hall is nearing the end of its useful life

Our first duty regarding the City Hall building is with the health and safety of our city staff and community.

I'm wondering why the City Council appointed the SHAPE committee to give feedback from the citizens of St. Helena if they aren't going to list…

Former mayor Alan Galbraith said St. Helena should not spend one penny on fixing its ailing City Hall; instead it should be torn down.

Star editorial: Rebuild St. Helena City Hall where it is

In a nice bit of irony, it took a billowing cloud of noxious smoke to bring clarity to what’s become an agonizingly drawn-out and complicated …

The St. Helena City Council will hold a special meeting at 9 a.m. Monday at the firehouse to consider leasing part of the Napa Valley College Upper Valley Campus, rather than investing in the aging and currently uninhabitable City Hall building.

Trustees recommend keeping St. Helena Public Library where it is

As the city grapples with where to place new facilities, library trustees want the library to stay where it is.

The Crane Park tennis courts will be closed next week from 8 a.m. to 3 p.m.

The St. Helena City Council wants to lease the Napa Valley College Upper Valley Campus to use as a City Hall.

Julian Guthrie, a journalist and international best-selling author will be one of four writers to speak at Bookmark Napa Valley, which will be held at 4:30 p.m.,Sunday, Jan. 26 at Markham Vineyards.

Classes are going ahead as scheduled at the Napa Valley College Upper Valley Campus, despite talk of the city of St. Helena leasing part of the campus to use as a City Hall.

The St. Helena City Council is leaning toward building a new City Hall on Library Lane, next to a renovated or rebuilt library.

The City Council and Planning Commission will hear a presentation on new state housing legislation during a special joint meeting next Tuesday.

The city of St. Helena and Napa Valley College will not hold further talks about leasing part of the Upper Valley Campus to use as a temporary City Hall.

St. Helena turns to Plan B after lease talks with college collapse

The city of St. Helena is hoping that its Railroad Avenue buildings will provide sufficient space for city workers until a new City Hall is built.

The St. Helena Fire Department is expanding the fire chief's workweek and extending a seasonal firefighter position to year-round.

An air scrubber operates in one of the City Hall offices that was filled with smoke Wednesday night when an HVAC unit malfunctioned.

St. Helena City Hall, which also includes the police station, was built in 1955.